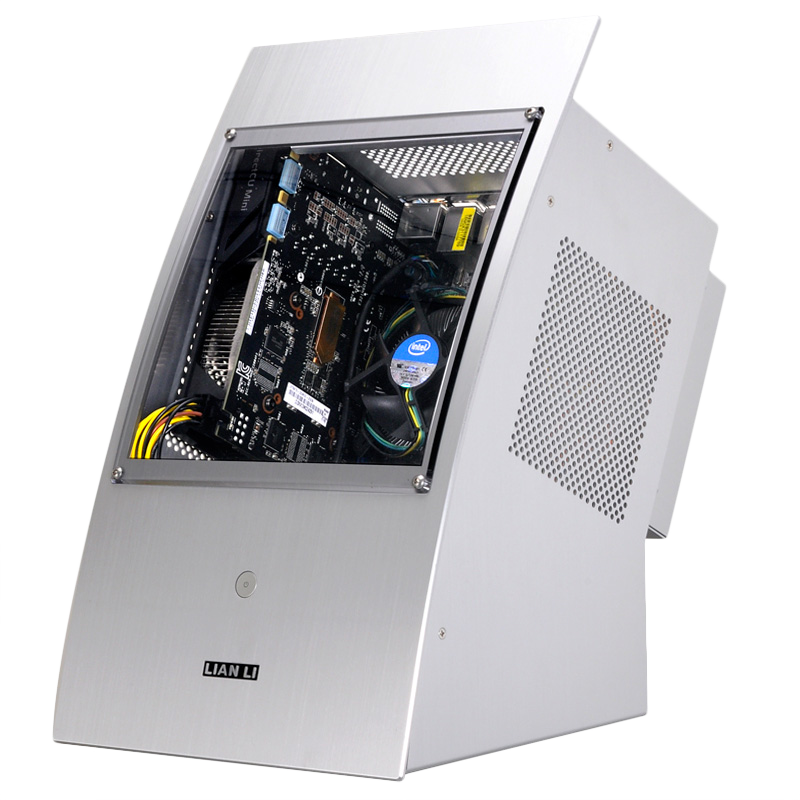 When we met with Lian-Li at CES in January, we were presented with a series of all-aluminum cases (as the company is known for) spanning all major form factors. The range of mini-ITX/DTX form factor cases has been scarce and sporadic in both pricing and quality, but the growing HTPC interest has resulted in a boon to small form-factor products.

Alongside SilverStone, Lian-Li has made so me of the highest quality SFF cases we've seen to-date; the prices have generally been attainable, if a bit high, but cramming traditional mATX/ATX features into a smaller box tends to result in such price hikes. Lian-Li has now officially announced the release date of its PC-Q30 mini-ITX HTPC case, noteworthy for its angular shape and front-facing glass.

Most of you know this by now, but the Mini-ITX form factor motherboards measure an impressively small ~6.7"x6.7" (as opposed to 12"x12" ATX boards and ~9.6"x~8.5" mATX). Obviously it's not much good to get a mini-ITX board if you can't find an equally-small case to match, so that's where these enclosures come in.

Our time spent with the pre-production model of the PC-Q30 was generally favorable, and Lian-Li has stated that it's ramping up for a June launch. Starting with aesthetics (as always), the case has a flared-out bottom and backward-sweeping, angular design. The motherboard tray is revealed by a glass faceplate, with I/O accessible through the top-rear of the case. The power supply appears to be bottom-mounted (rear-accessible), above which is an extruded fan bay that's pre-fitted with a 140mm exhaust fan. 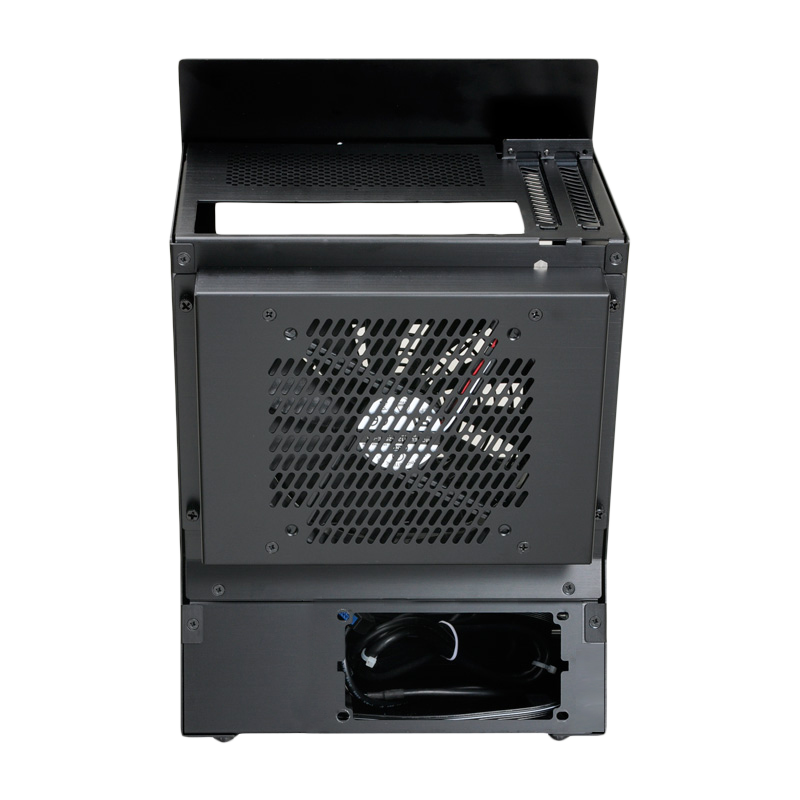 The case is built out of 3mm thick aluminum paneling and Lian-Li's somewhat known brushed/anodized finish. Total size measures out as roughly 223mm W x 357mm H x 300mm D. Surprisingly, Lian-Li has made room for VGAs up to 200mm in length, so nearly all low-end and mid-range video cards should fit (including many models of the  7790 and some 7850 models). A CPU cooler up to 130mm in height can be fitted in the unit, which is also plenty of space for some of the higher-performance SFF coolers out there.

As with most SFF enclosures, the PC-Q30 supports an SFX form factor PSU and is limited in other functionality (maximum of 4x2.5" HDDs/SSDs, no note of 3.5" support), but there's only so much that can be done in that space. You'd need to rely on digital media or acquire an external CD/DVD/BD drive for any physical media needs. The I/O panel offers 2xUSB3.0 ports, 2x3.5mm HD Audio, and a simple power button (LED-equipped).

The case only ships with one fan (140mm exhaust, rear) with no noted support for additional fans, but cooling on an ITX rig shouldn't be too bad.