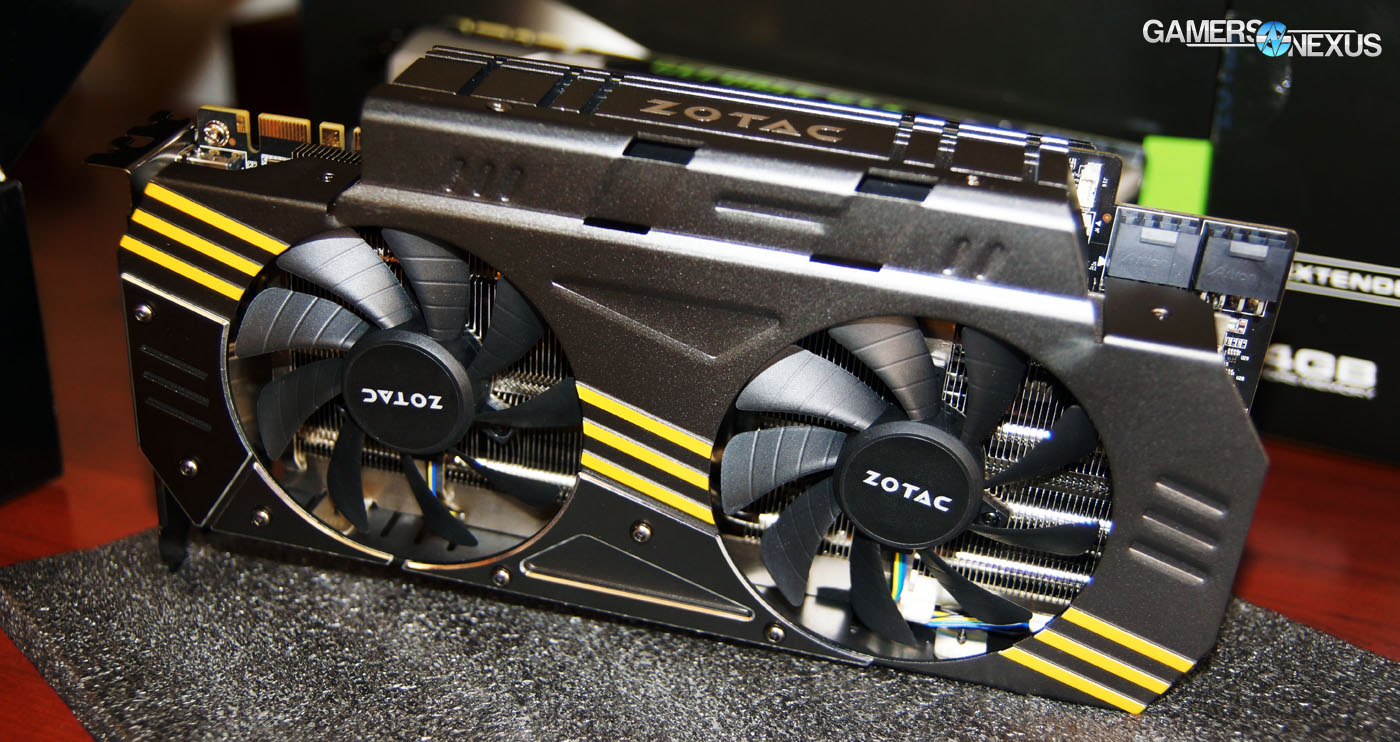 In our hands-on with Zotac’s Omega video card, we determined that the device hosts a full-steel outer casing with aesthetics-only “rivets” to produce a more solid look and feel. The Omega uses what Zotac calls its “IceStrike” cooler – available in dual- and triple-fan configurations – combined with “exo armor,” effectively a backplate. The Zotac backplate ditches nVidia’s reference design removable airflow channel, though this is theoretically unnecessary when using a dual push-fan configuration (as opposed to the blower fan used in the reference unit). 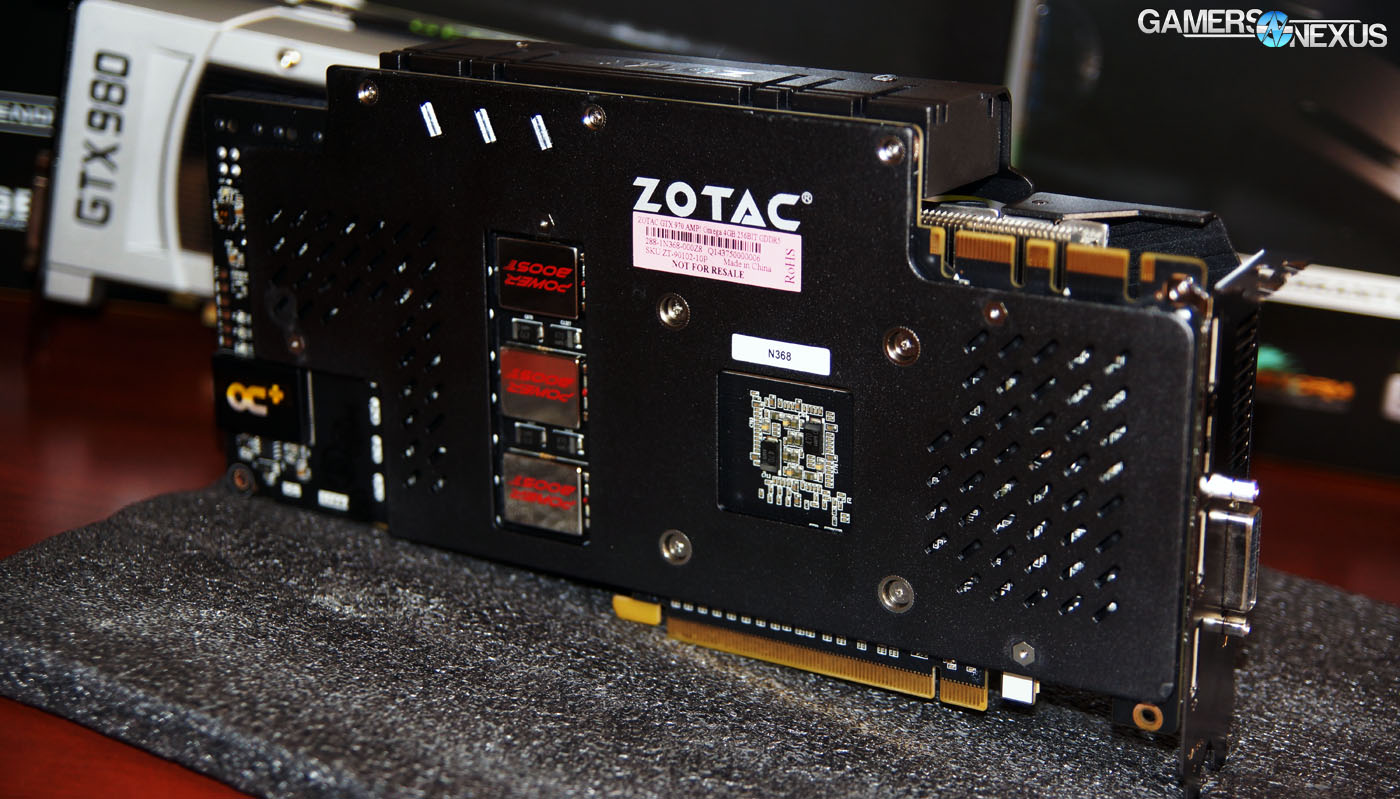 Exposed in the backplate are three covers for clusters of solid capacitors. The covers are largely for appearance, but should also help in thermal reduction across the caps. Using solid capacitors theoretically improves overclocking headroom by reducing voltage ripple, cap thermals, and improving overall stability.

An “OC Plus” micro-USB slot is also present on the board. Using an included micro-USB cable, users can plug the video card directly into the motherboard and use Zotac’s “FireStrike” software for real-time voltage and CLK monitoring. This should be more accurate than using hardware sensors that talk to software, but we’ll have to test it to truly know.

The memory clock on the Omega GTX 970 is about ~36MHz faster than base (7010MHz), with the BCLK overclocked to 1102MHz (1241MHz Boost) over the stock 1076MHz / 1216MHz. It’s a few steps difference, but not a huge jump. We’ve previously found that pre-overclocks are generally fairly ineffectual in video cards, but will test the 970 to see if that remains true this generation.

Zotac’s stock GTX 970 runs the same spec as nVidia’s GPU spec, but has different outputs. The stock 970 opted for 2xDL-DVI, 1xHDMI, and 1xDisplayPort (as opposed to 1xDL-DVI, 1xHDMI, 3xDP). This helps reduce cost.

As for the Extreme edition, well, we’ll have one in-hand soon. The Zotac GTX 970 & 980 Extreme cards host a triple-fan configuration; intake is positioned centrally and flanked on either side by fans that are channeled to exhaust heat out of the sides of the video card. This Extreme Edition card also has a breathing LED that changes based upon GPU load (we’re unsure of the threshold). The LED glows red when under duress and green when performing more intensive 3D gaming tasks – for those who don’t want more lights, yes, it can be disabled.

The stock GTX 970 and 980 units should already be available under a Zotac tag. The Extreme and Omega GPUs will ship shortly. We’ll have reviews of all of them, so stick around before buying.

Go check out our reference 980 review while you wait.