The major new features for Catalyst Omega include:

AMD has made a lot of promises in its time. This release, they've stuck to at least a few of them. More than 400 major driver bugs have been resolved, including several directly related to instability and driver crashes (and CrossFire / Quad CrossFire stability improvements). That said, AMD has also made new promises: With the restructuring of the organization, the company notes that day-1 game release drivers will be readily available alongside “big features” released yearly. Stability is a major focus for Catalyst going forward.

Sadly, the performance jump from 14.11.2 to Omega is pretty dull and uninteresting, likely because much of the code that went into Omega stemmed from the 14.11.2 beta. We did test VSR vs. DSR for the delta FPS degradation, though, which produced some surprising numbers.

This chart shows the 1920x1080 performance difference between 14.11.2 and Catalyst Omega on the 4GB 290X ($370). We saw improvements in Civilization: Beyond Earth, but no noteworthy games in other applications. AMD's internal reporting shows major performance jumps with Omega, but reading the fine print reveals that these tests were conducted on much older driver versions – like 14.9 and even 13.x releases of Catalyst. In the event you're on drivers from several months ago, you'll see much larger performance gains than we've reported above. 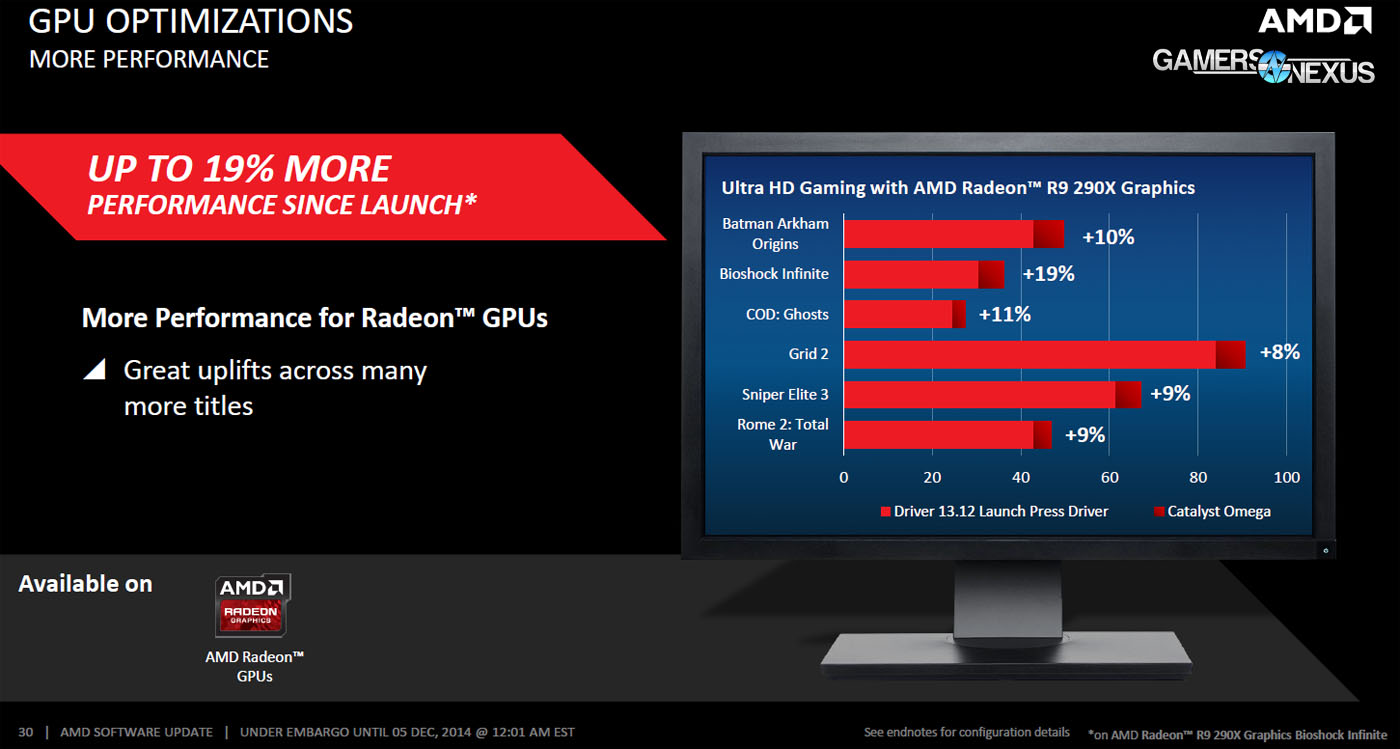 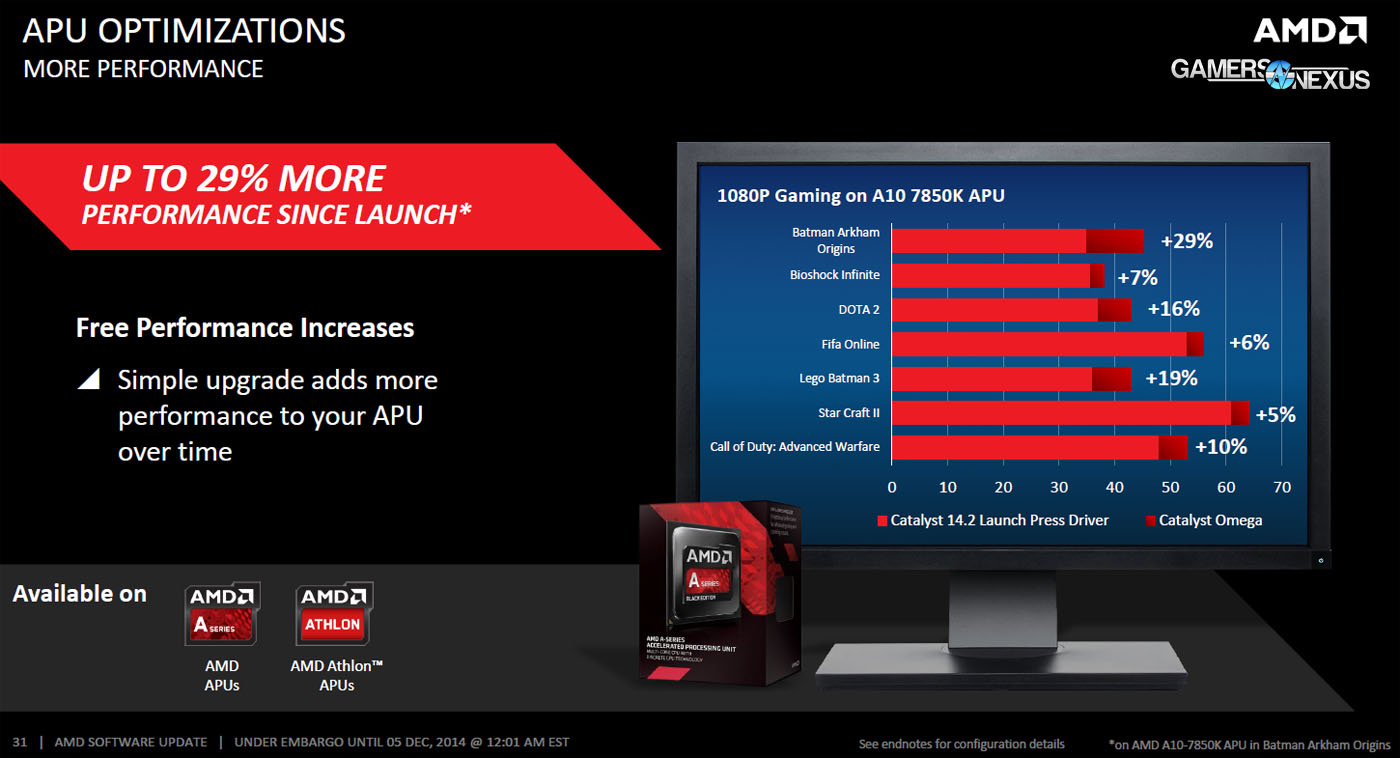 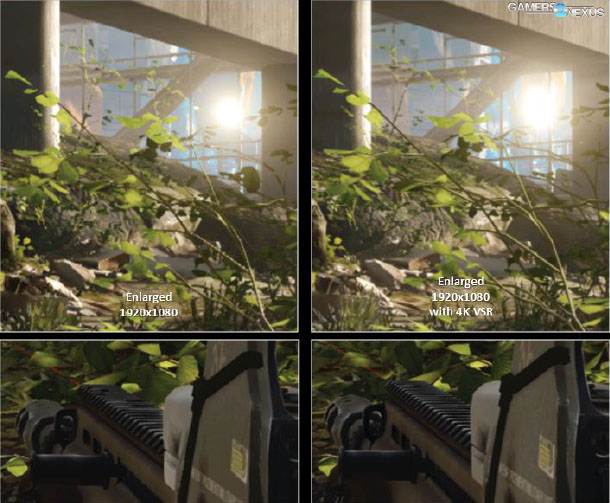 Virtual Super Resolution – like Dynamic Super Resolution – renders games at a higher resolution and then filters them down to the display's native resolution. The result is smoother edges on some textures and overall greater detail, at the cost of a performance hit. Note that the game is still being rendered at a higher resolution, so playing at 4K via VSR / DSR will minimally tax the hardware in the fashion a true 4K display would do.

As for how VSR and DSR differ, it appears that VSR has a more immediate performance advantage when strictly looking at deltas (the % FPS difference between 1080p and the virtual resolution render, i.e. the FPS drop from 1080 to 1440 or 3200x1800). We only tested two titles for now, so this is by no means definitive.

We require further testing to determine whether VSR and DSR achieve the same quality output – it may be the case that DSR is performing additional processing, but we'll be researching this shortly. 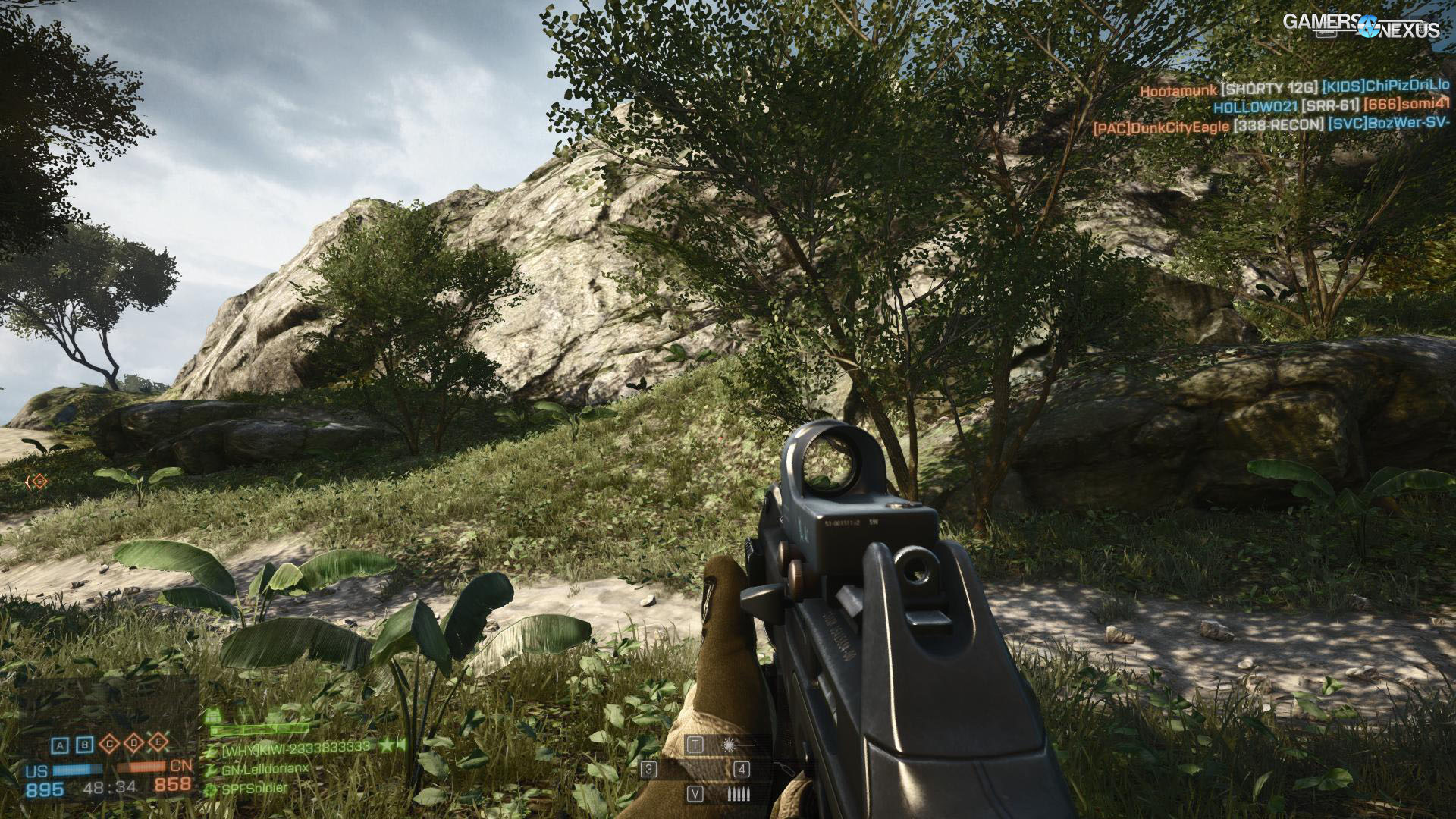 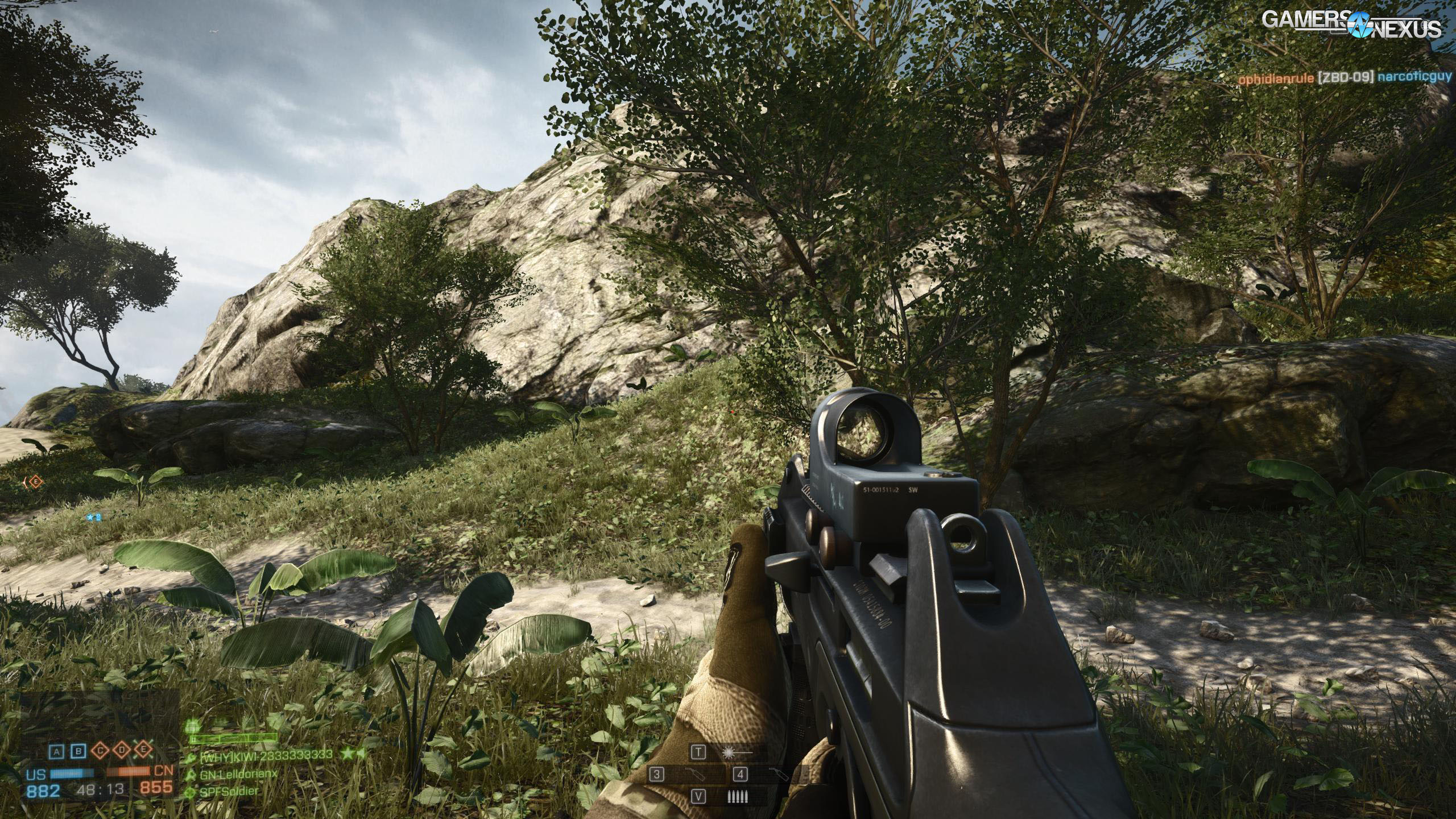 AMD's moving in the right direction, but there's no doubt that they've still got ground to make up in all of their markets. Let us know what your experience has been with Omega thus far. The driver should be available today: http://community.amd.com/community/amd-blogs/amd-gaming/blog/2014/12/08/a-very-special-edition-driver-amd-catalyst-omega