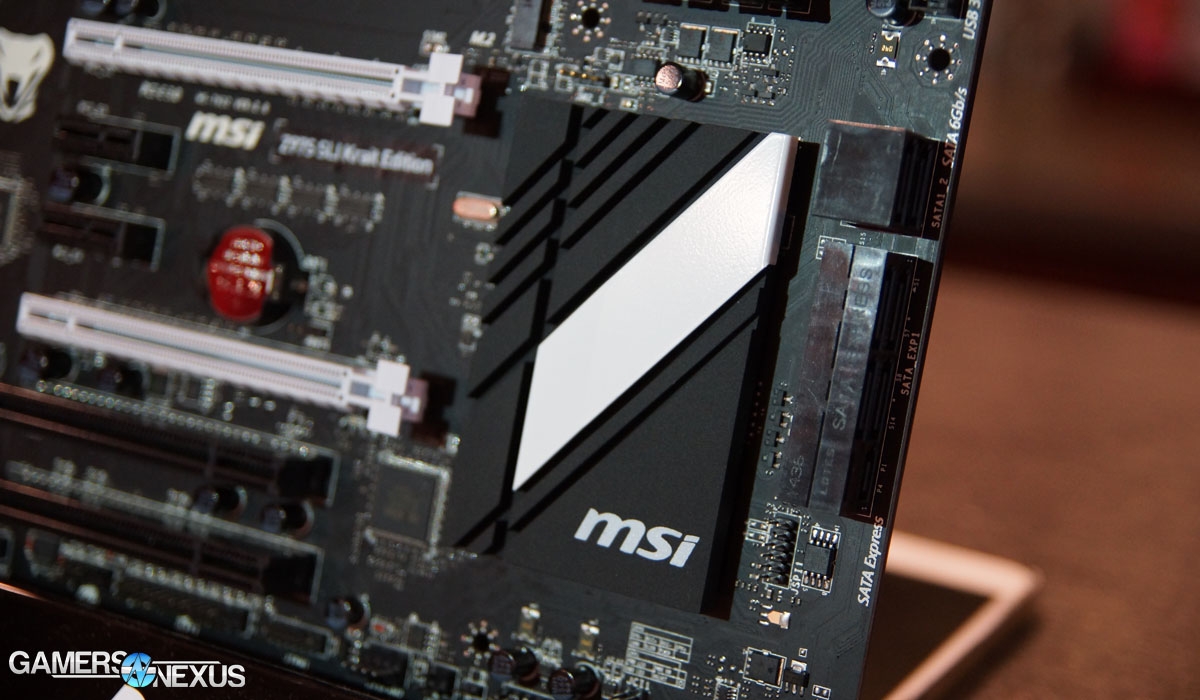 During our visit to the MSI Suite at this year’s CES, we were pleased to find two things that we’ve been waiting on for a long time: USB 3.1 and the USB 3.1 type-C interface. The latter appeared on a soon-to-be available Z97A Gaming 6 motherboard. The receptacle is small and close in size to a micro USB connector.  Its contacts are inside, mounted on a central piece of molded plastic. The difference between these contacts and those of a micro USB receptacle is that they appear on both sides of the central piece of plastic. This means that when you connect the cable to the receptacle, it works the first time, every time.

At last, the great USB connection conundrum is solved! As for the actual USB 3.1 demonstration, MSI had a working board for us at the show. USB 3.1 has been demonstrated on prototype boards in the past, but the X99A Gaming 9 ACK Edition has two USB 3.1 ports that use the type-A interface, and it’s ready to hit the shelves in February. MSI’s demonstration showed us transfer speeds on the standard USB 3.0 ports first. Then using the same equipment, but moving to the USB 3.1 ports, they showed us the improvements. 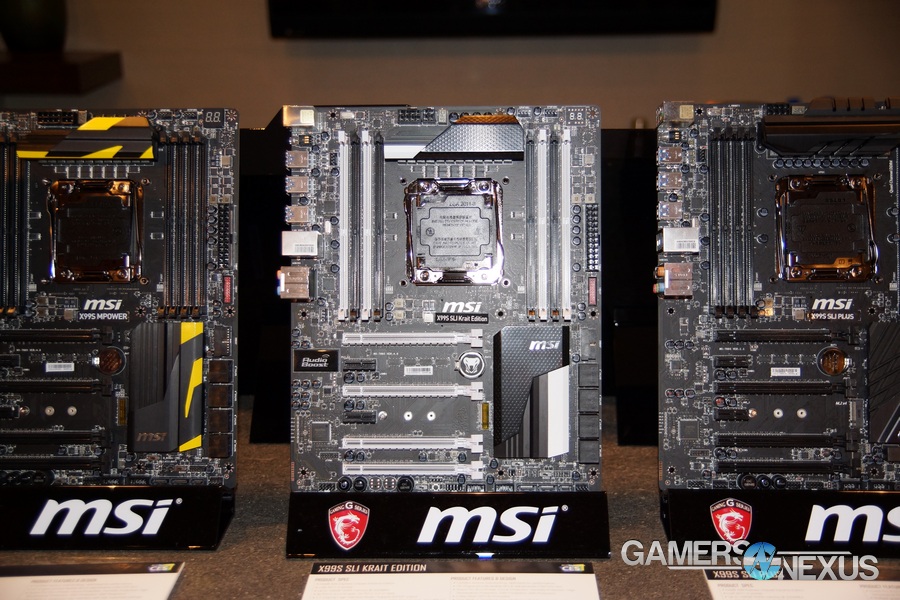 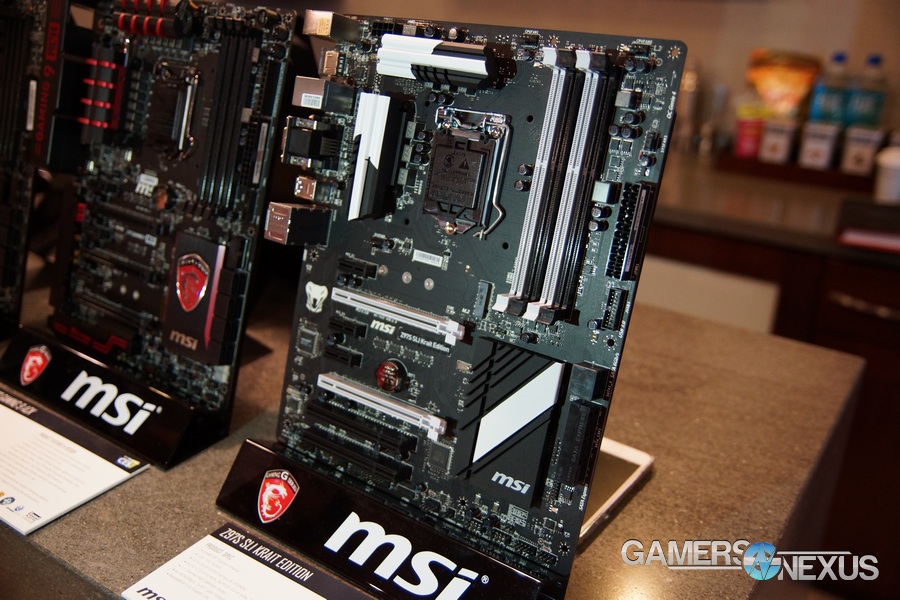 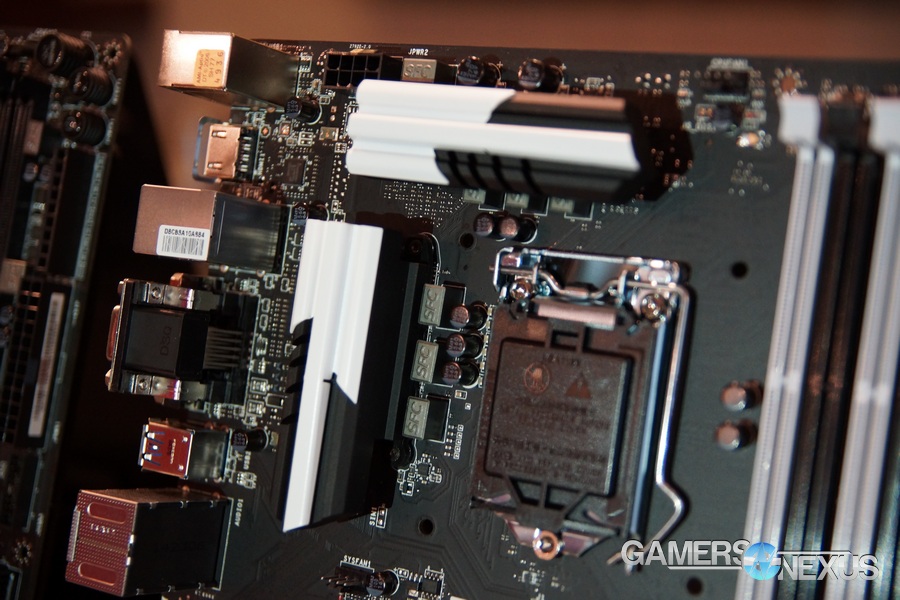 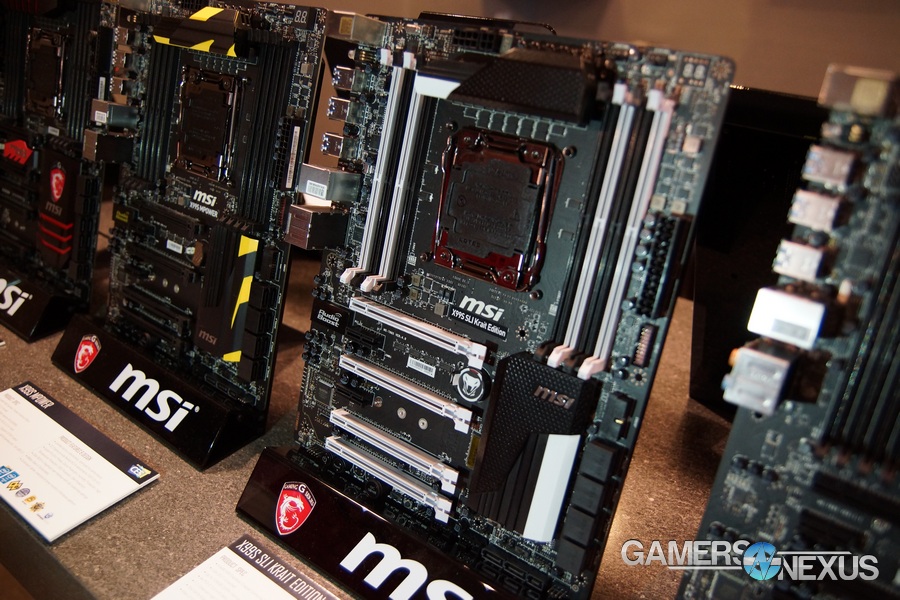 MSI’s tests were done using CrystalDiskMark. The hardware connected to the other end of the cables could not be disclosed due to NDA on the release of forthcoming USB 3.1 storage devices. The data used for the testing was relatively standard CrystalDiskMark data with preset options. The end results showed that the USB 3.0 connection was able to transfer at approximately 470 MBps while the USB 3.1 performed at a respectable 690 MBps. While this is clearly not the advertised 10 Gbps (1250 MBps) that USB 3.1 is supposed to provide, we have to keep in mind that we were not able to get information on what was on the storage device end of the cable, and that’s going to bottleneck before most interfaces. That being said, we are pretty excited about this finally implemented technology. We envision this speed increase to aid large data users in the same way that the move from USB 2.0 to USB 3.0 did.

In other news of interest for modders and those particularly fond of the black and white color scheme, MSI is now offering a “Krait Edition” of their boards. The “Krait” features the same industry standard connectivity as MSI’s existing line-up but with a specifically monochromatic scheme. The Krait name references an incredibly dangerous variety of snakes that have a black and white scale pattern. The reptilian Kraits are nocturnal like most of us gamers. There will be two models in the Krait line up.

As an honorable mention we would like to draw a little bit of attention to an all-black model.