AMD may have just given the nod of recognition to overclockers looking for a more aptly-priced APU. The company just provided the information at CES 2015 that they are set to release the A8-7650K, providing an unlocked SKU among the A8s. At an MSRP of $105, the A8-7650K is only $6 more than the A8-7600, which is not unlocked. We believe that the small step in price difference was done to address community complaints about larger price differences between regular and unlocked versions of the A10 APUs. The 7650K will come with 10 compute cores (4 CPU + 6 GPU) and have a base frequency of 3.3 GHz with the ability to turbo up to 3.7 GHz. Like the other Kaveri APUs, there is full support for Mantle and OpenCL 2.0. 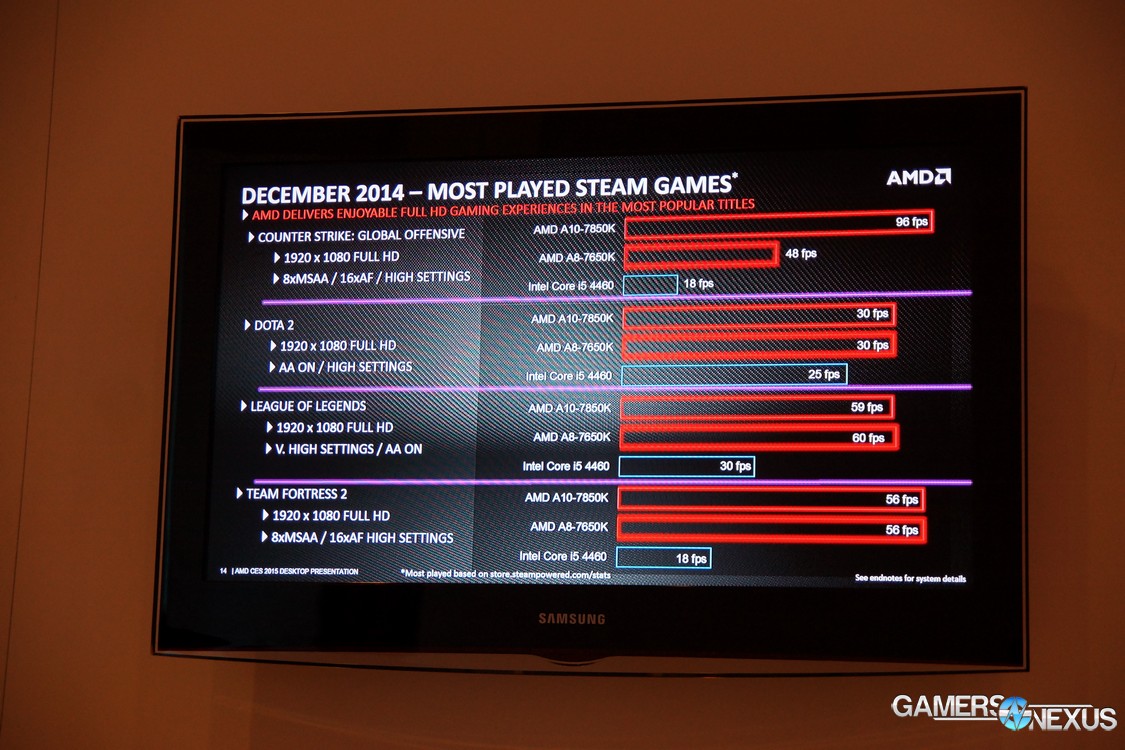 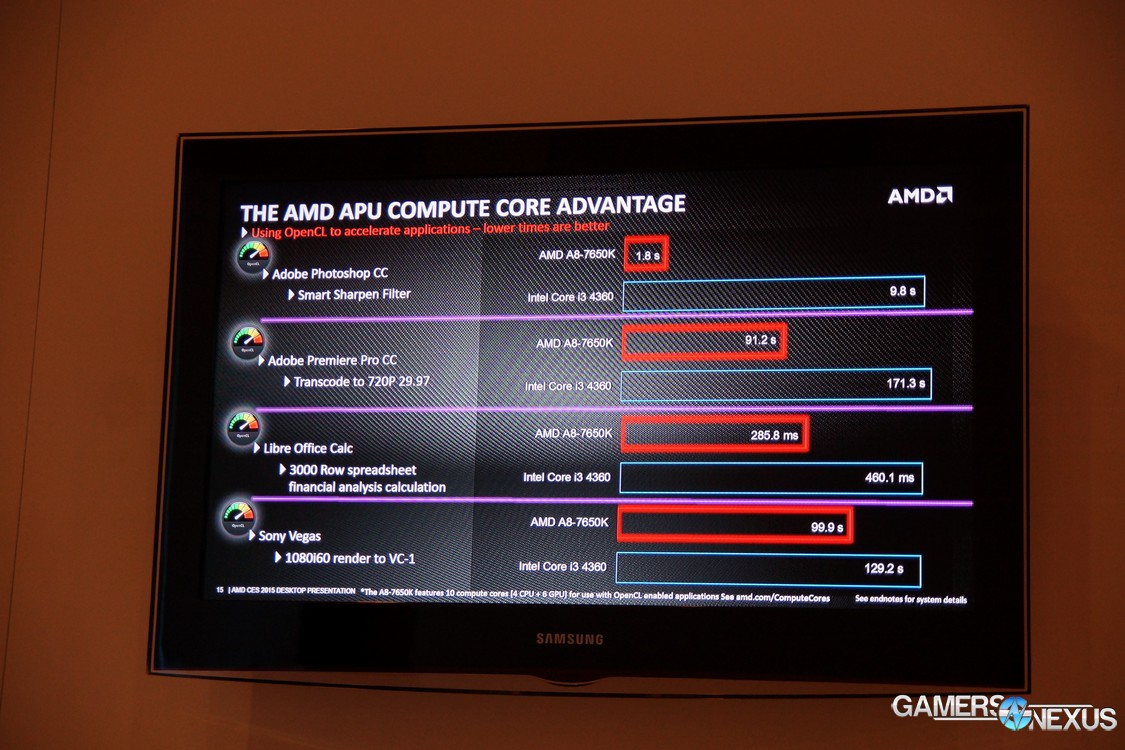 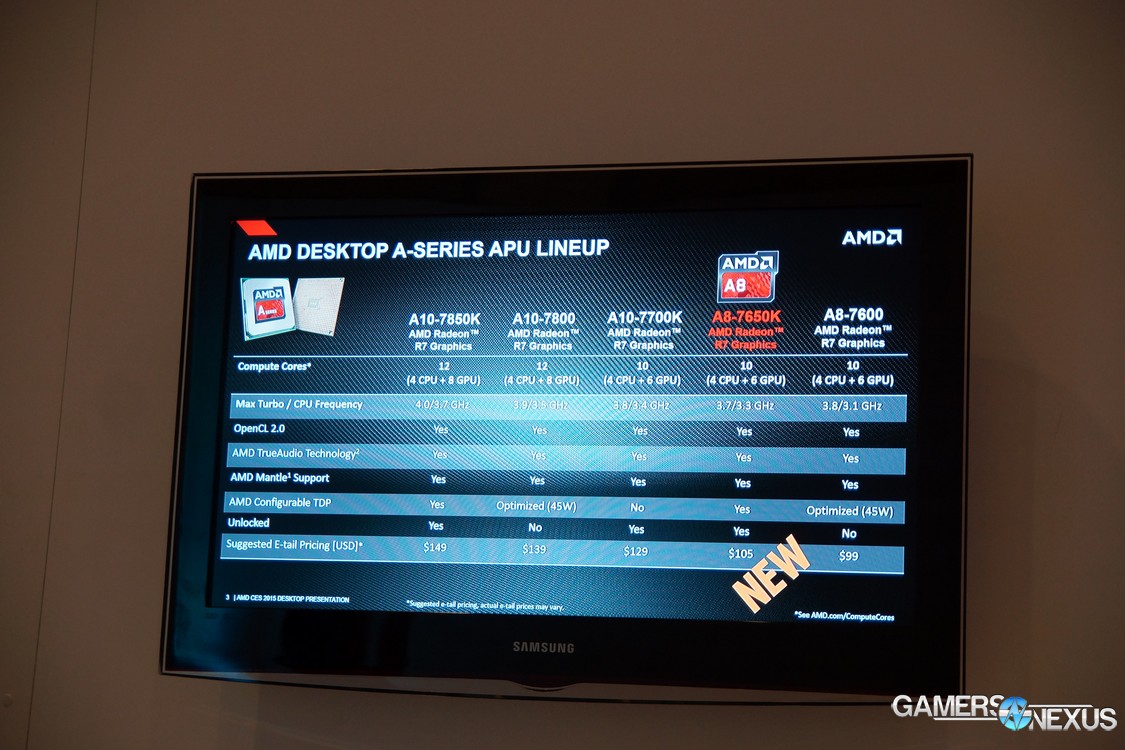 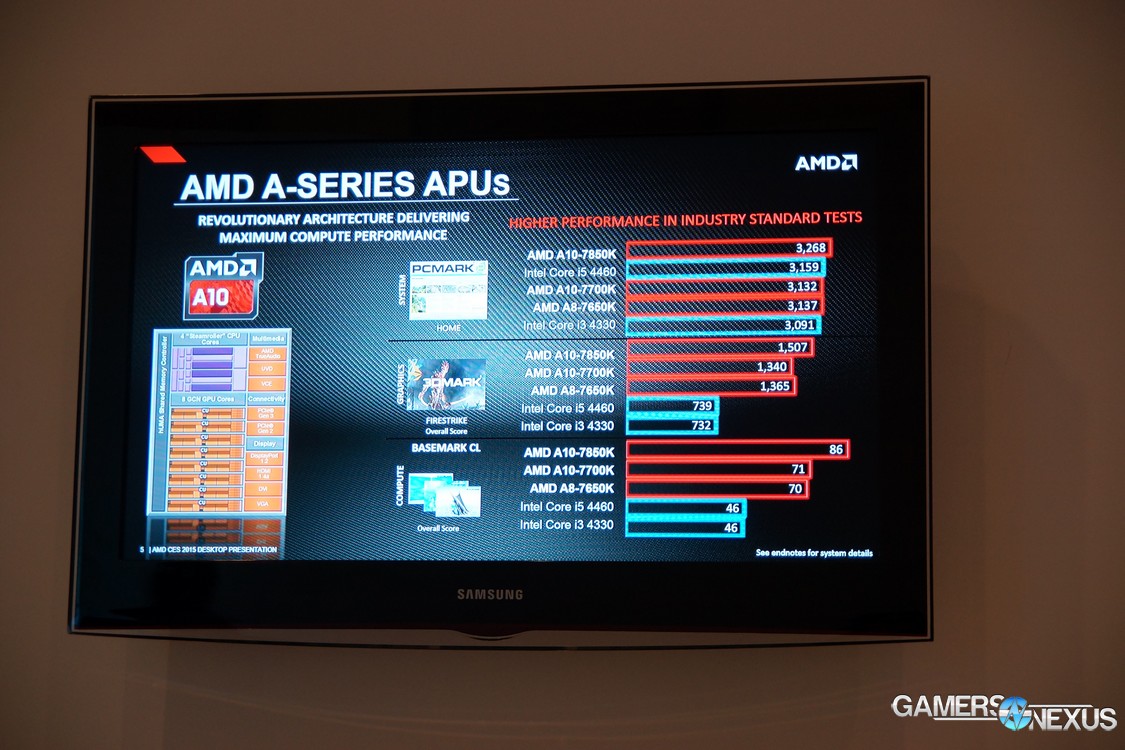 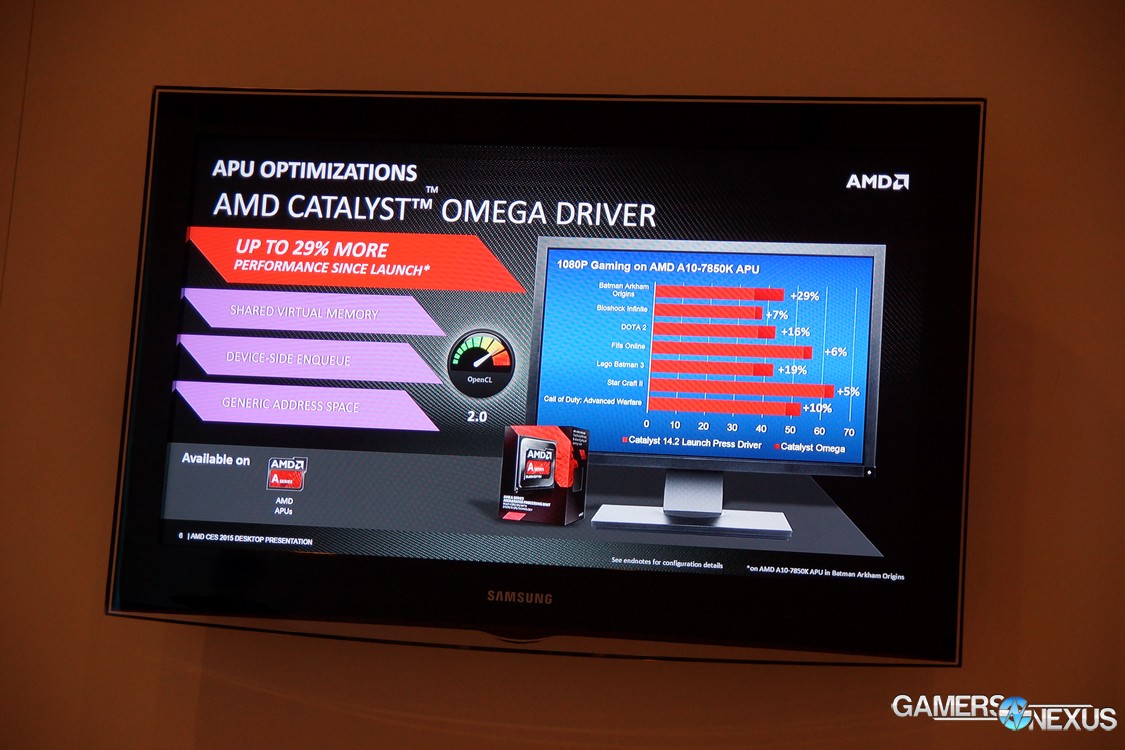 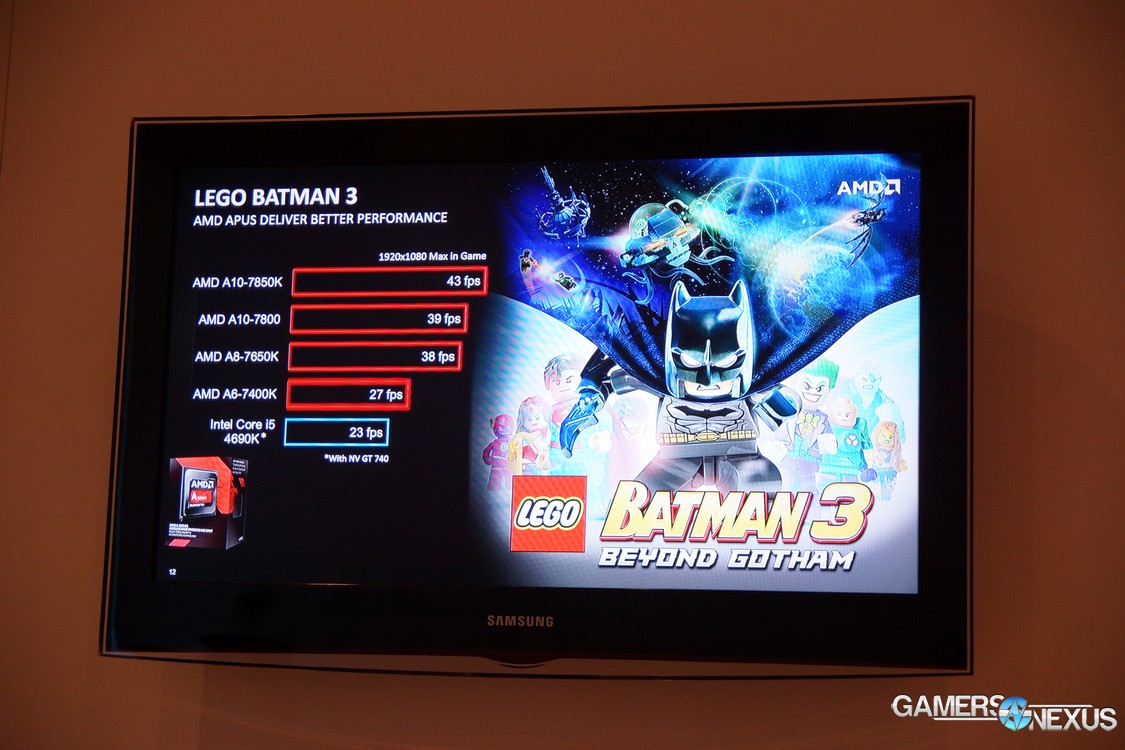 We took the chance to inquire about the FX CPU line up, as always. This time around, we were told that there's no current "news," but we suspect that there is development in this area and will report as soon as we can confirm anything. Similarly, when asking about the expected 300 Series graphics cards, we were given the “no comment” response. Again, we promise to keep you posted as soon as we know something with certainty. The only other noteworthy report involved the imminent release of FreeSync which was originally announced at last year’s CES. We have full coverage of FreeSync launching in a few hours. AMD was able to give us a full demonstration of what they have done with the technology, and we encourage you to check back in very soon for more on that.