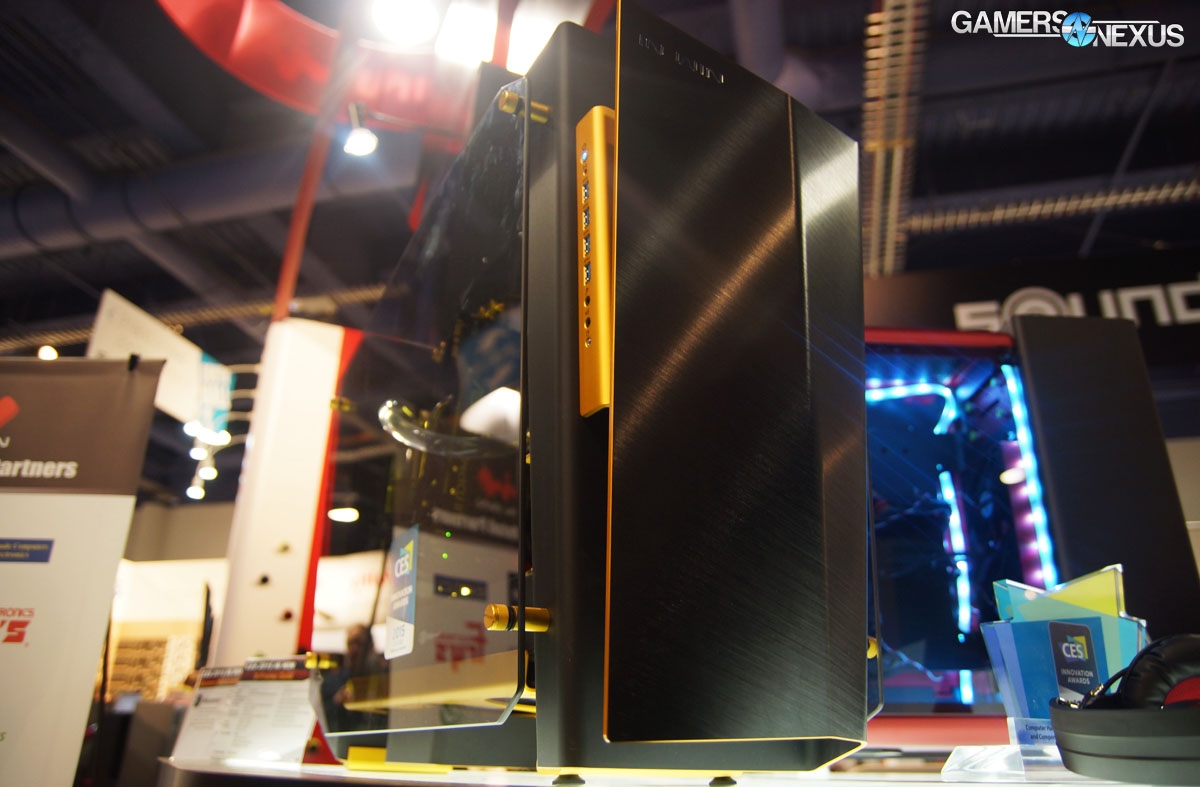 Boutique case manufacturer In-Win brought home yet another CES Innovation Award at this year's show. This time, the company’s award-winning case carries the moniker "S-Frame," an $800 piece of metalworked art befitting of a showroom.

There are several design elements that separate the S-Frame from other cases, namely the price tag -- it’s a staggering $800 USD, accounting for the high labor and material costs of the case. 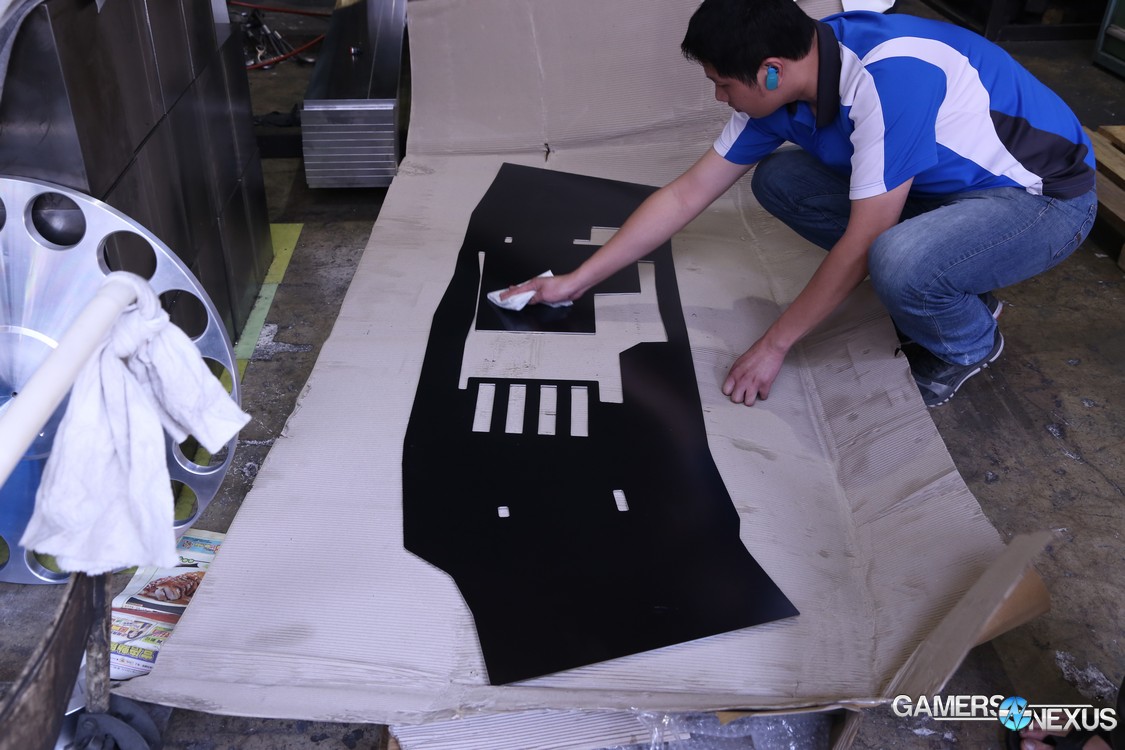 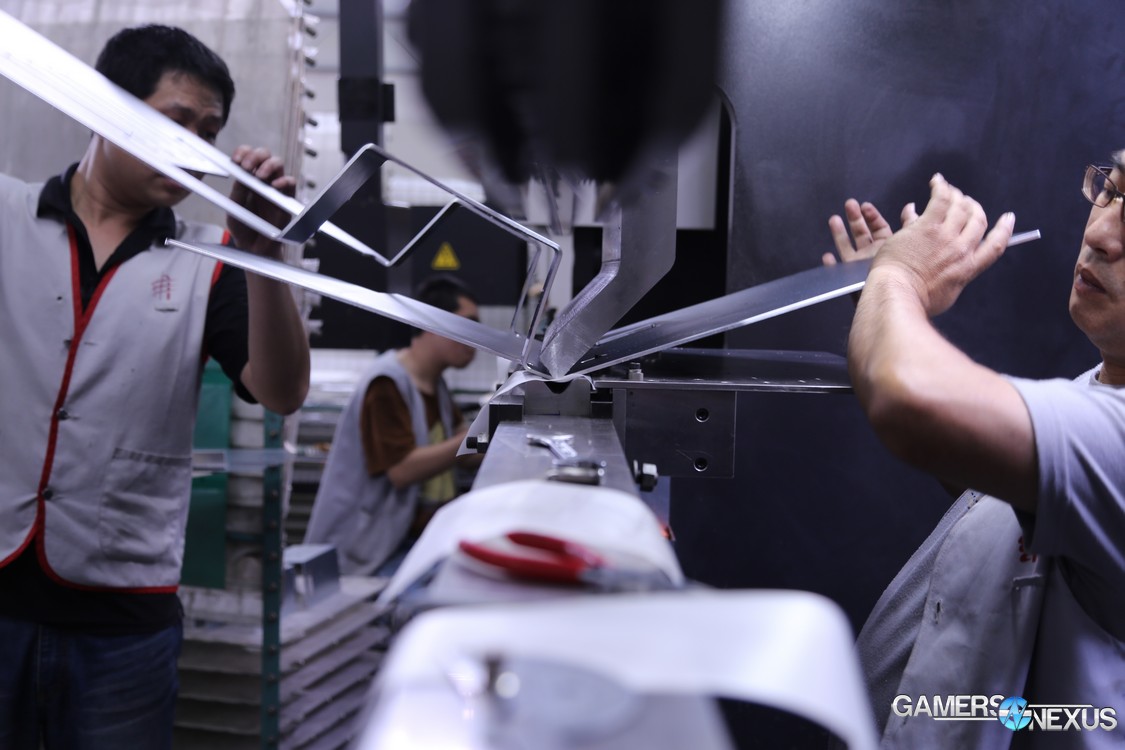 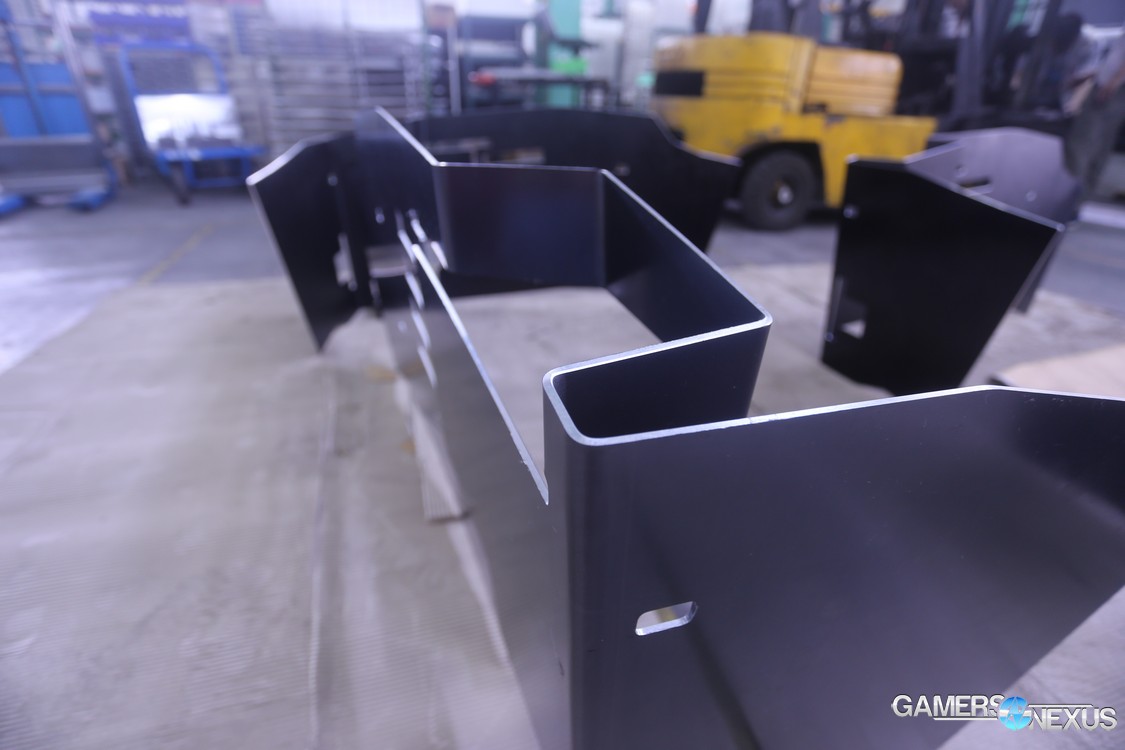 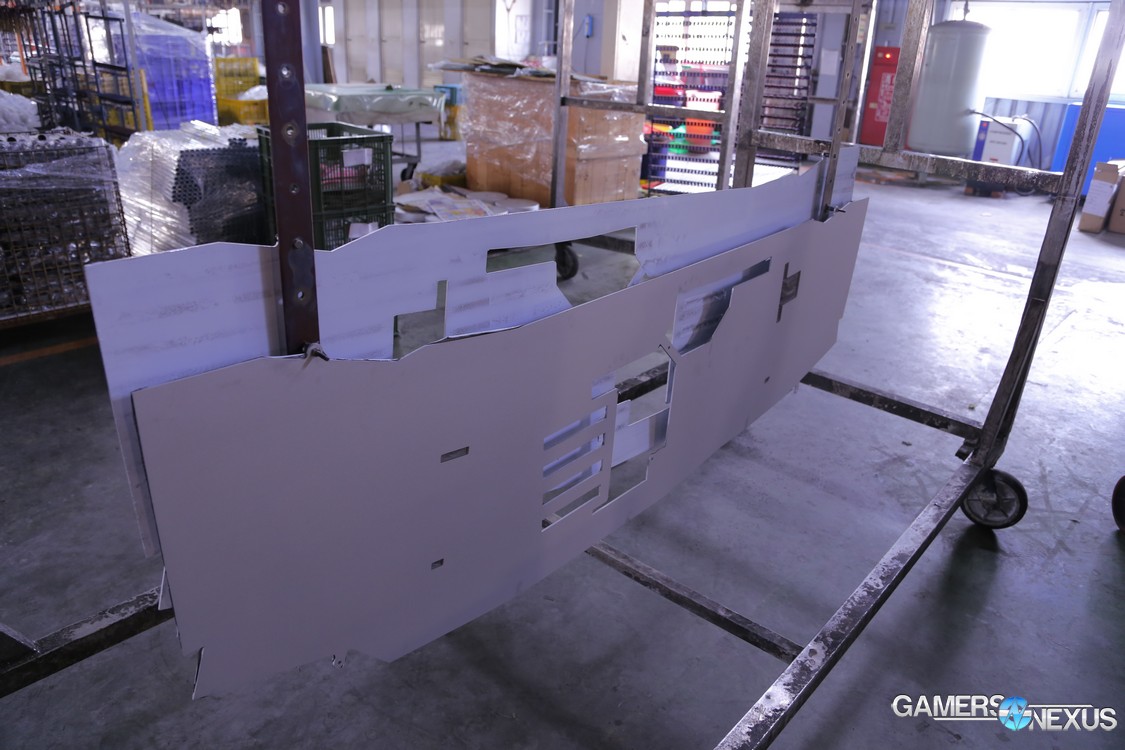 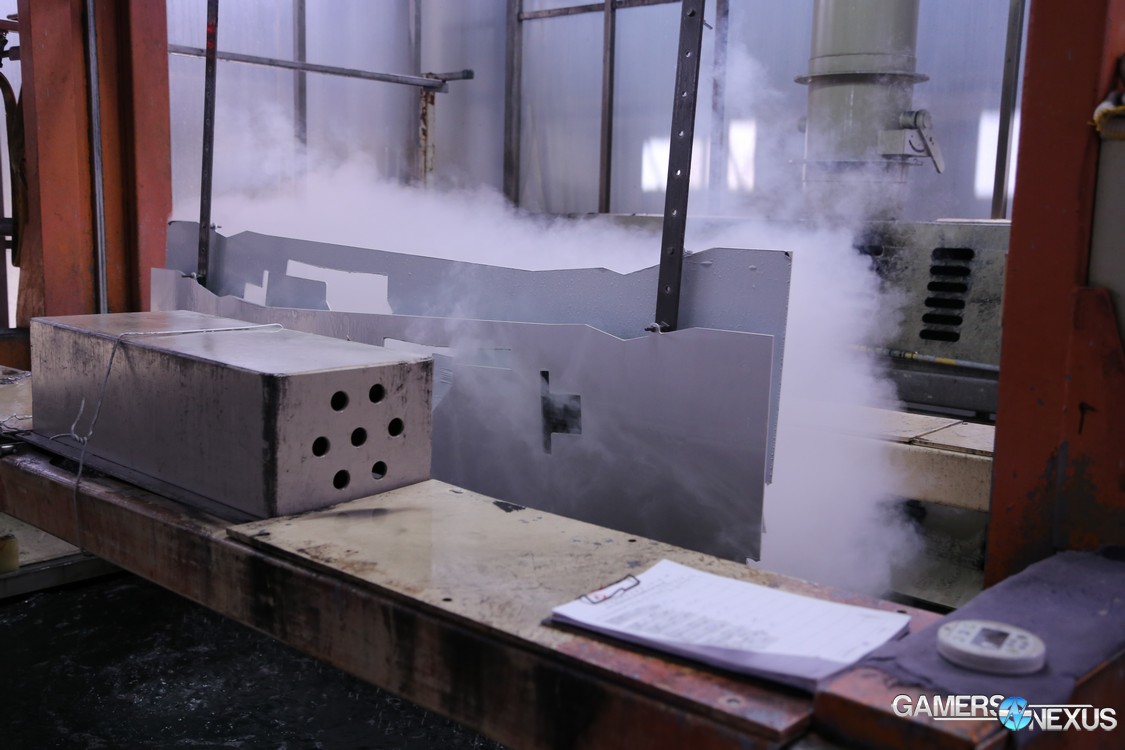 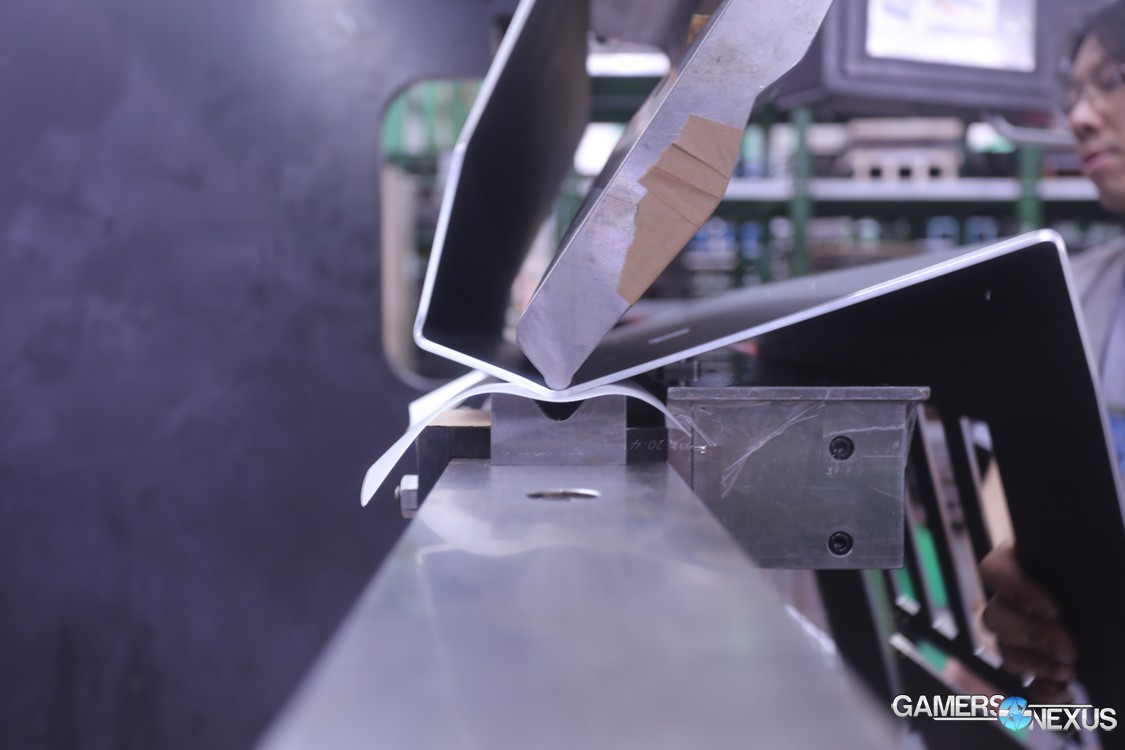 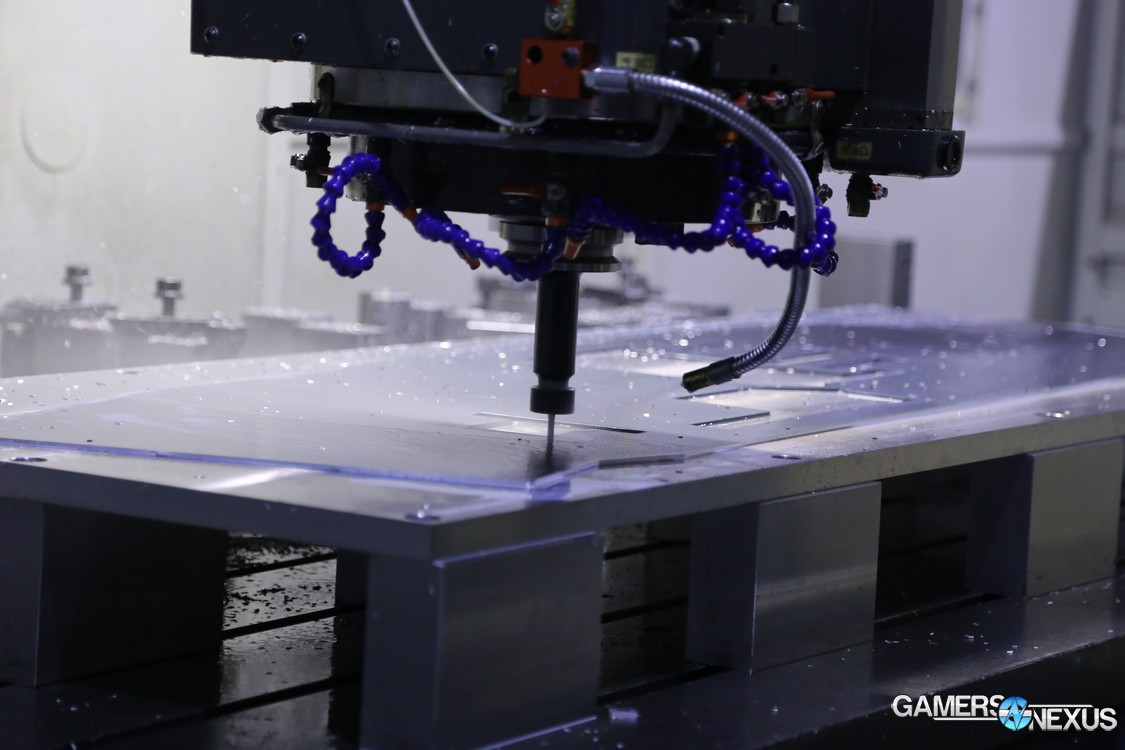 The S-Frame "vision case" is made from a single piece of aluminum that is 2 meters long and 4mm thick. It is laser-cut and CNC-polished, which basically means that the edges are exact and perfectly finished. Once the cutting is complete, we are told that the aluminum goes through a two-stage anodizing process to create channels that contain the high-contrast two-tone coloring. Anodizing was chosen and is preferred to standard color treatment because an anodized surface chemically alters the metal, forming channels for the colored dye which makes it much more resistant to chipping and scratching. This ultimately means that the case continues to look new for a longer period of time.

After the anodizing and coloring process, two workers and a machine hand-bend the aluminum frame 15 total times to create the final shape. When the shape is finalized, two sheets of 4mm tempered glass are added to the front and rear via heavy duty thumb screws. Tempered glass, like the anodizing, makes the outer surface more durable and less susceptible to harm from accidents. The finished look is eye-catching as was witnessed by the constant crowds around the S-Frame during CES 2015. 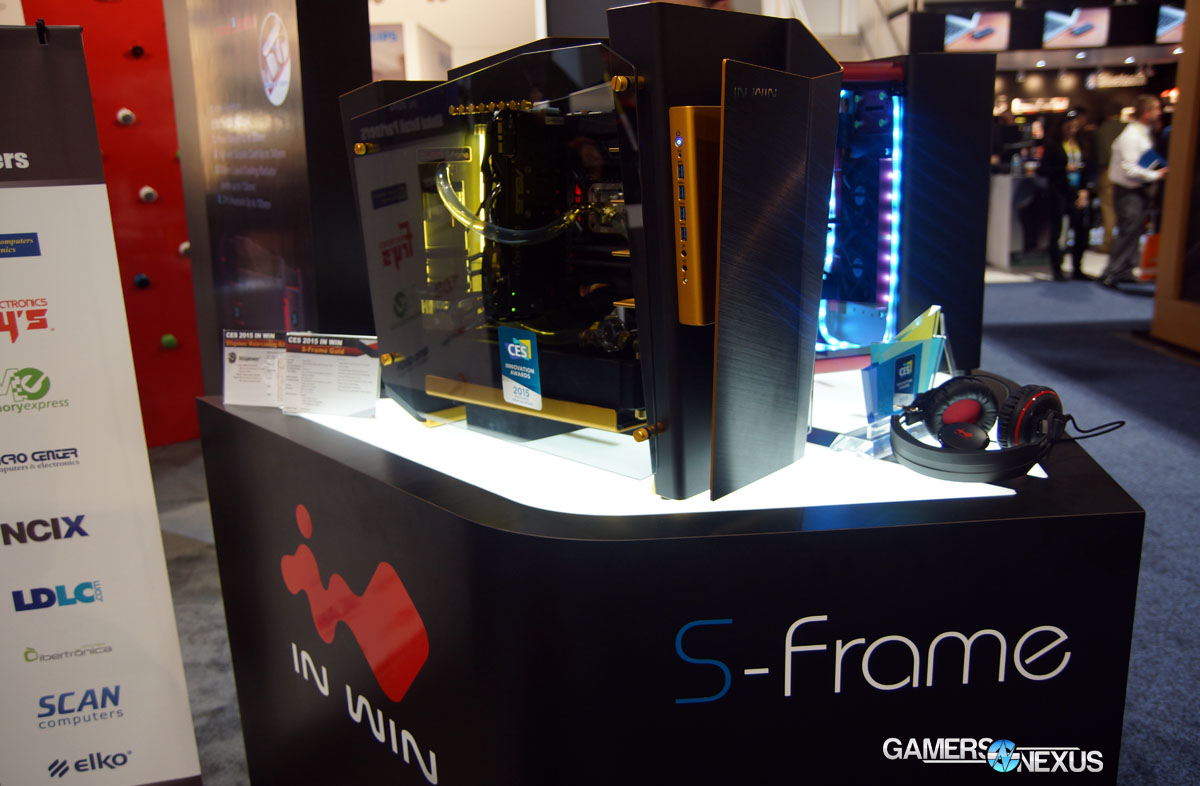 One final note on the colors: anyone can pay the price and get the black and gold standard color scheme, but they will only be producing 500 or so black and red models which will be individually stamped as limited edition.
In-Win has indicated that a high demand may allow for longer-term case production, but given the wealthy requirement of buyers, it's likely to be a smaller manufacturing quantity.