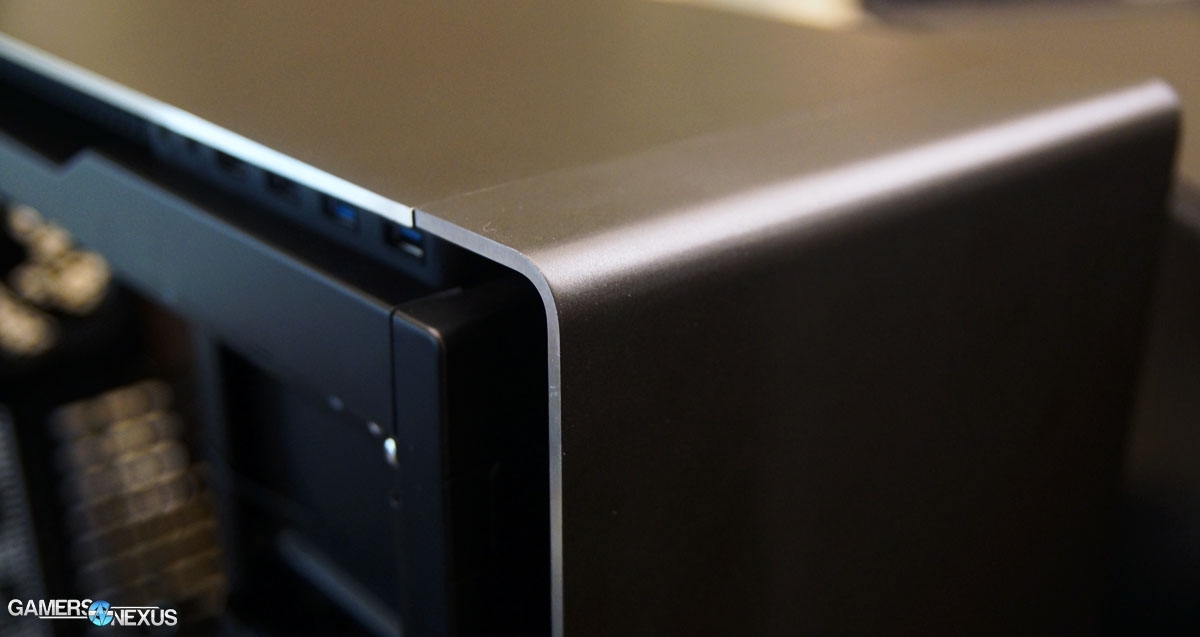 Antec's CES presence this year showcased a few rehashed exteriors on existing frames, but also teased the forthcoming release of a new high-end enthusiast case. The company's general theme was one of a "comeback" to the higher-end market, suggesting that they're aware of the general perception that Antec dwells in its own shadow. We've got an upcoming article that'll discuss whether we think this plan is going to work.

The major case in Antec's most immediate product launches is the P380, a $230 enclosure targeted at the competitive enthusiast market. The new case uses a 4mm aluminum panel for the top and front (not unibody), curved on the front side to offer a sort of “designer” finish. Antec's P380 uses polycarbonate side panels, reducing wobble when moving the panel around and absorbing some of the noise output. The P380 includes 2x140mm FDB top exhaust fans and 1x120mm FDB rear exhaust fan; no intake fans are included, oddly. Antec's new case supports 360mm & 240mm radiators in the front or top. 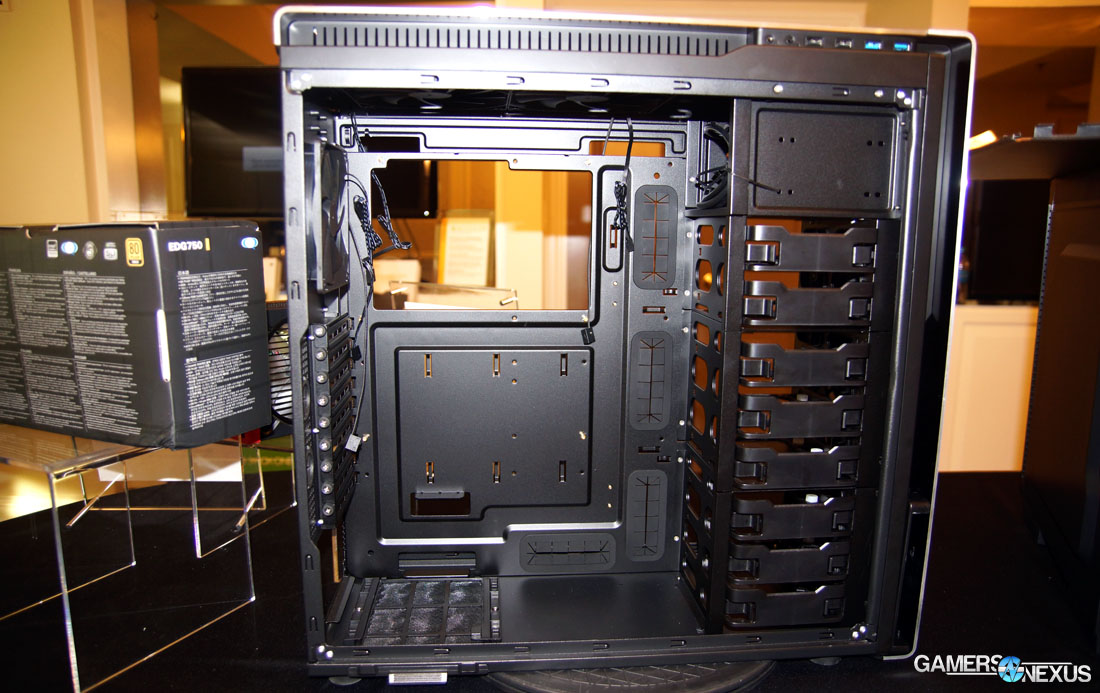 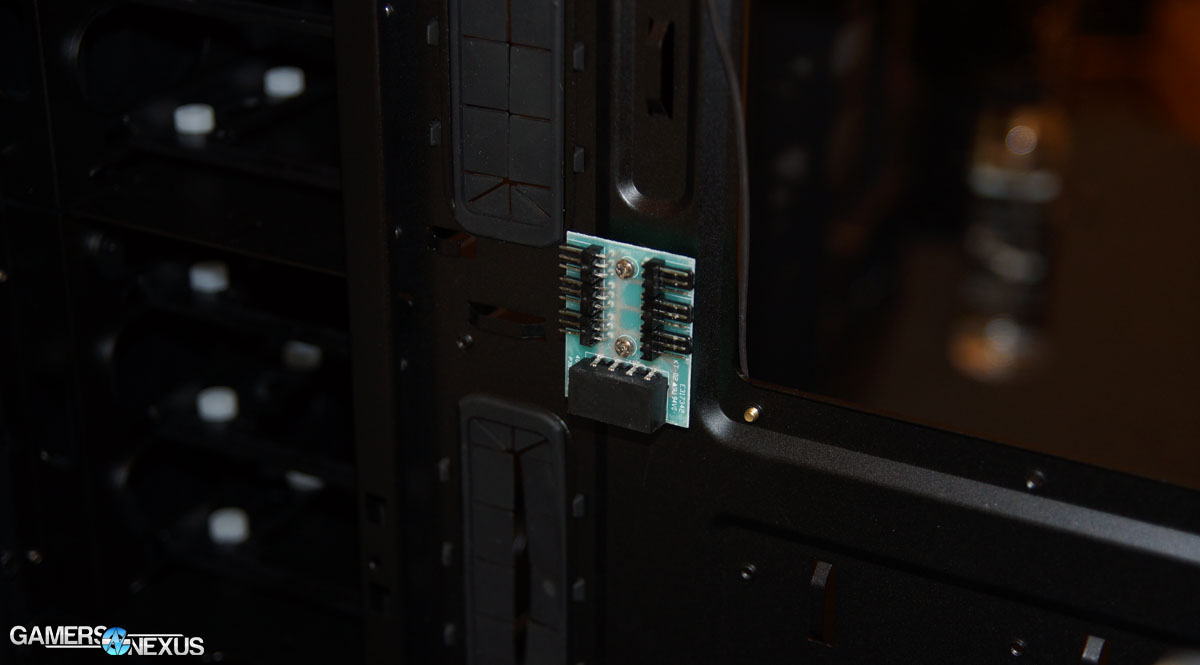 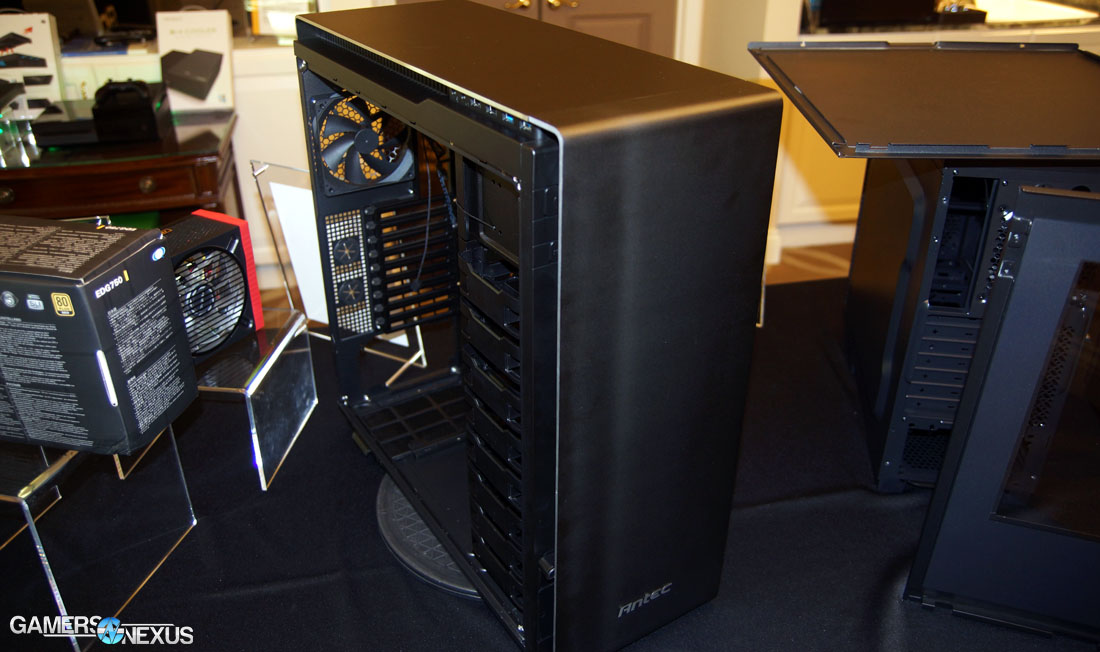 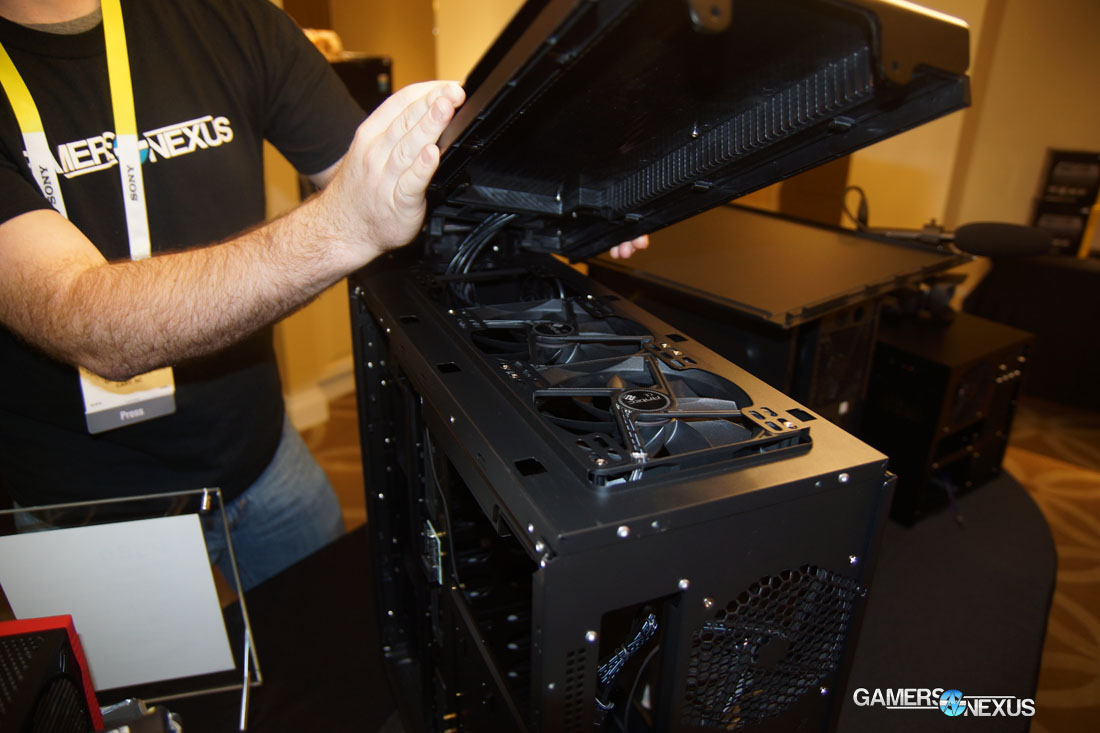 The case makes its mark by hosting its power/reset buttons on both the left and right sides (under the front bezel), allowing the system to be positioned on either side of a desk. For point of clarity, this means the P380 has four total power and reset buttons (two per side) with two possible slim optical drive orientations, inserted facing either direction. The I/O panel (2xUSB3.0, 2xUSB2.0, 3.5mm) is connected with screws and can be relocated to either underside of the top panel (left/right).

Antec's P380 has a large front dust filter, but it pulls out from underneath the front bezel; this requires the user to lift the enclosure any time they wish to clean the filter, something for which we offer no praise. Antec indicated that they're reconsidering this design, though we're not sure they'll have time to finalize it before its anticipated release target of February/March.

Ultimately, the P380 feels like it's adding gimmicky features and inflating build cost, resulting in a $230 case that doesn't begin to compete with nearby enthusiast options. The doubled-up I/O for sake of convenience feels like a graceless solution to a problem that Antec is responsible for creating.

Despite its aluminum top and front panels, these are ultimately a veneer finish. The case makes heavy use of plastic on the interior, and even uses plastic paneling underneath the front aluminum face. The split between the top and front panels is sizable and unelegant for aluminum, ultimately feeling like a misappropriation of materials.

The dust filter pulling out-and-down from the front panel seems like an oversight that should have been detected earlier in design, and is one that shouldn't be present in such an expensive case. Once you're requiring the user to lift up a 20-30 pound computer a foot in the air, it seems somewhat pointless to bother with a dust filter.

A fan hub mounted to the rear-side of the motherboard tray is mounted upon a green PCB -- black seems like a better choice (there are $120 cases that get this much right) -- and isn't PWM enabled, another oversight.

Corsair's 760T case offers superior native cooling options and hosts a high-quality glass sidepanel with a paint job that looks enamelized. Corsair's case also costs $200 in black, and we'd recommend it over the P380 any day of the week. If it's aluminum you want, the BitFenix KSWL1-RP ($220) or Lian Li PC-A76 ($200) make far more sense than what we saw with the P380, which feels bloated with unnecessary features and doesn't offer as cohesive an aesthetic. These features add to the BOM, which adds to the price the consumer pays.

Editor's Note: Due to a miscommunication from Antec PR regarding embargo information on this case, we have redacted some of the information and left it as a plain spoiler.

The teased case wasn't present at the show beyond a slide deck, but we got a good feel for what its intentions are: Antec seeks a return to the high-end. More information to come in June. 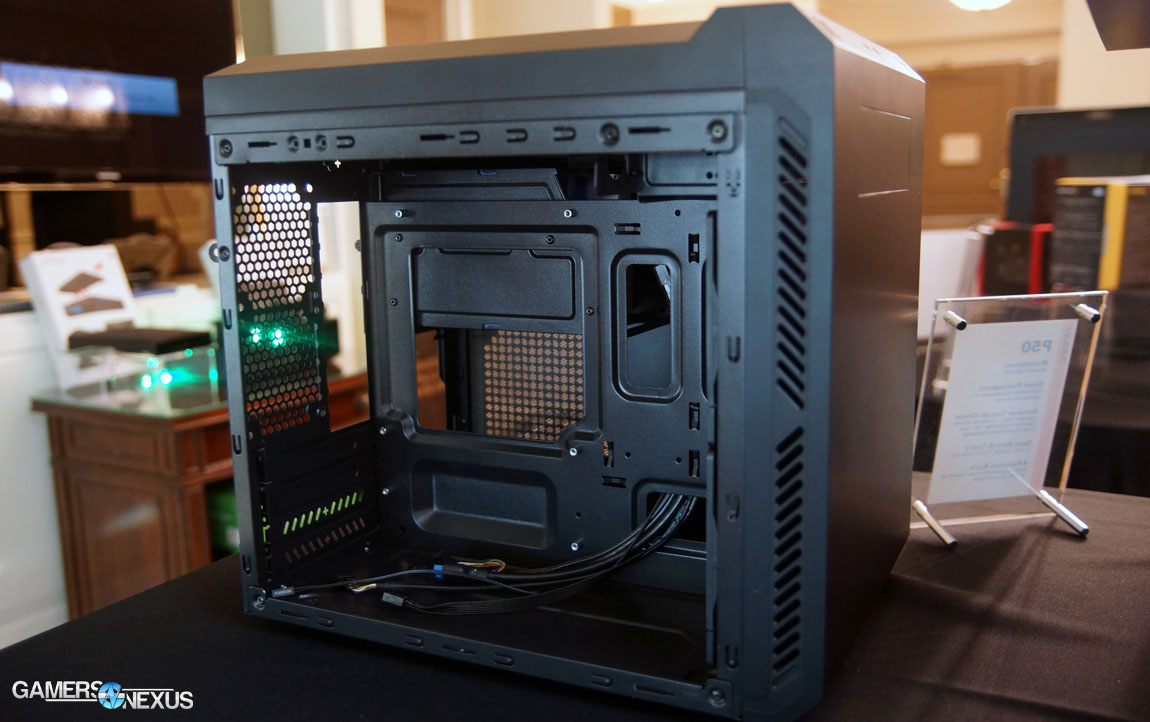 Antec's P50 is the only case of the showcase that I'd personally consider using in a build. It's an mATX/mITX enclosure that ships with at least one fan -- Antec is still deciding which are included -- and uses its width to compartmentalize the PSU and core components. This is reminiscent of Corsair's Carbide Air, but more affordable and significantly smaller. We're told the P50 will be priced in the $40-$50 range. This said, it's still got tough competition from SilverStone, but the P50 is slightly more affordable than SilverStone's offerings.