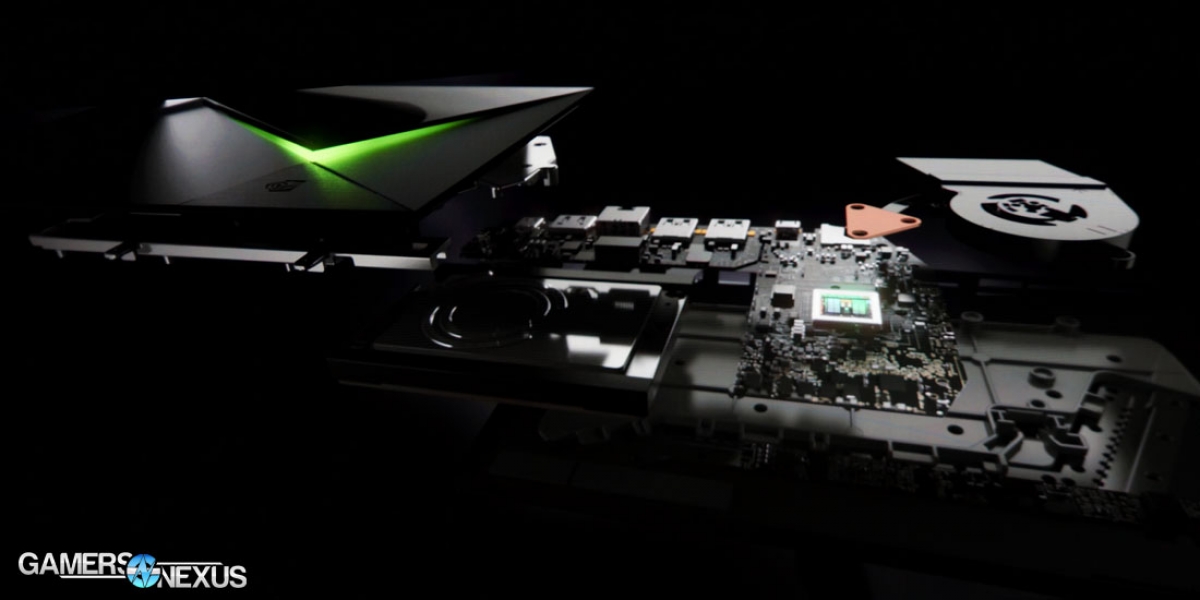 At the Game Developers Conference 2015 in San Francisco today, GPU manufacturer NVIDIA unveiled that it would be launching a series of new devices in the immediate future. NVIDIA CEO Jen-Hsun Huang didn't waste time in teasing the company's future direction, including promises of a retargeted living room gaming focus. Part of that focus will include an NVIDIA-made game console, smart TV, and supercomputer.

"I think the same thing is going to happen in smart television," Jen-Hsun said, "if [people] only have access to a large screen and a cloud store, amazing things can happen. This is likely a multi-billion unit market. It's just the beginning -- I believe we can make a unique contribution here."

In a dramatic unveil video, the company unveiled its new "NVIDIA Shield" gaming console, a device with a remarkably similar "green X" to the Xbox. The company's CEO rotated the device, revealing its impressively small profile -- namely the width, appearing less than an inch thick from our vantage point -- and numerous ports.

In terms of hard specs, we know the new Shield, not to be confused with the handheld device, will offer these features:

The new Shield gaming console is equipped with a TX1. In a bout of laughter, Jen-Hsun Huang attempted to demo the Shield console, searching for "Justin Bieber" via Google software. Following this, the CEO -- who hasn't listened to music since the 70s -- said, "so what's a song that he does?"

The Shield attempted to input this: "So what's a song that he died."

The Smart TV device is controlled by a simple, single-button remote reminiscent of Apple's TV remote. The remote has a 3.5mm receptor to output audio to the device, ensuring others in the house won't be bothered by the audio.

Gaming on the Shield Console 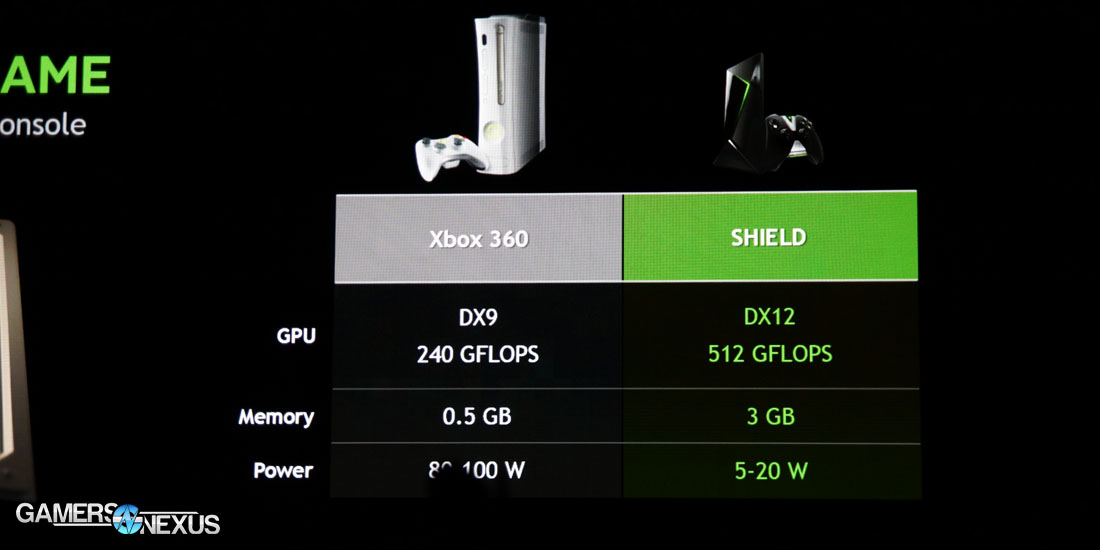 The Shield ships with the Tegra X1 mobile processor, rated at 35x faster than the Apple TV. "You need that performance," the presenter continued, "but that's not necessarily good enough if you'd like to have great games."

The demo featured Randy Pitchford of Gearbox, creators of Borderlands, to showcase Borderlands: The Pre-Sequel on the Shield console. The game ran at about 30FPS and looked a little painfully sluggish, but was a fairly impressive feat given the size of the device and its GPU.

After Borderlands, game developer Croteam showed off its puzzle exploration game, The Talos Principle, at a fluid FPS with moderate fidelity graphics and lighting.

We'll have additional information, videos, and photos published shortly on the main page as the demonstration continues. The price-point is $200. We're not sure if this is the killer that the console industry needs to drive gaming, given the hardware and comparison to an Xbox 360, but it's certainly different for the company.