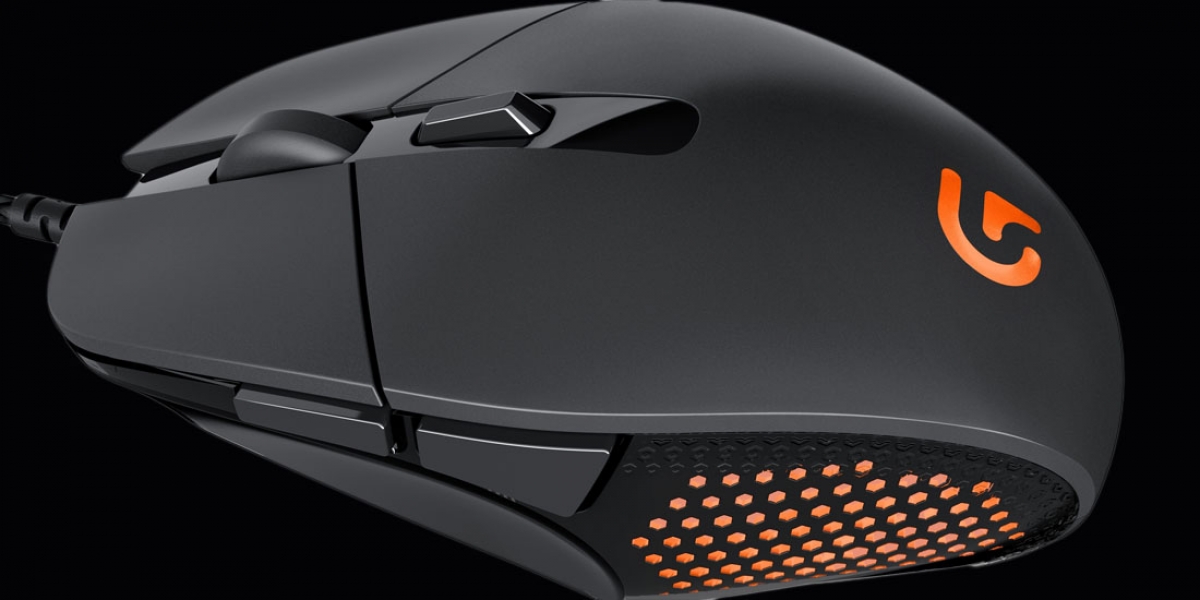 Meeting at Logitech’s temporary offices in San Francisco, we were told that the mouse was built to be lightweight, agile, and highly accurate; to this end, the company polled professional eSports players (including CSGO legends) to determine features in-demand for the mouse. ESports players hoped to see the G502’s sensor in the G302’s body, resulting in the G303.

The G303 uses the same Logitech “Delta Zero” optical sensor tech we’ve written about before and has zero smoothing and zero “acceleration” built into the sensor. In our meeting with Logitech, we discussed the colloquial usage of “mouse acceleration” – which always seems to be enclosed in air quotes – and asked for the more correct term. Logitech’s Chris Pate told us that “speed-related accuracy variance” more appropriately describes this particular mousing aspect, a conversation that we’ll be releasing in video form in short order.

DPI increases at exact 50-point increments with no pixel rounding, making the sensor among the most accurate we’ve reported. Similar to most of Logitech’s recent high-end mice, the G303 tracks at 300 IPS (inches per second) and can be software-tuned for each gaming surface.

A metal spring tensioning system deployed in the mouse buttons will reduce pre-travel in the mouse click, theoretically improving responsiveness and tactile feel. We’re told that the mouse is rated for 20 million clicks, or “the equivalent of a pro gamer practicing 10 hours per day for two years.”

Logitech’s new mouse offers customizable RGB lighting through the same Logitech software that’s been in use for a few generations now, and can be fully disabled or color-tuned by the user. The G303 offers a 16.8 million color range, equipped alongside breathing light patterns and light sleep from disuse.

The new mouse will be available at $70, planting it firmly in the mid-range for gaming mice. The Proteus Core (G502) mouse launched closer to $100 and the G500s (that we praised) has been routinely available near $50-$60. In our meeting, Logitech informed us that the G303 would not replace another product in the stack and stands alone in its performance and comfort classifications.

We already have the mouse in-hand and will publish a review upon return from PAX East, lending some time to properly use the mouse. Our video discussing “arcane mouse voodoo” will go live in short order, once we’ve cleared out some of our other GDC content.

The mouse will be available here once listed on retailers.