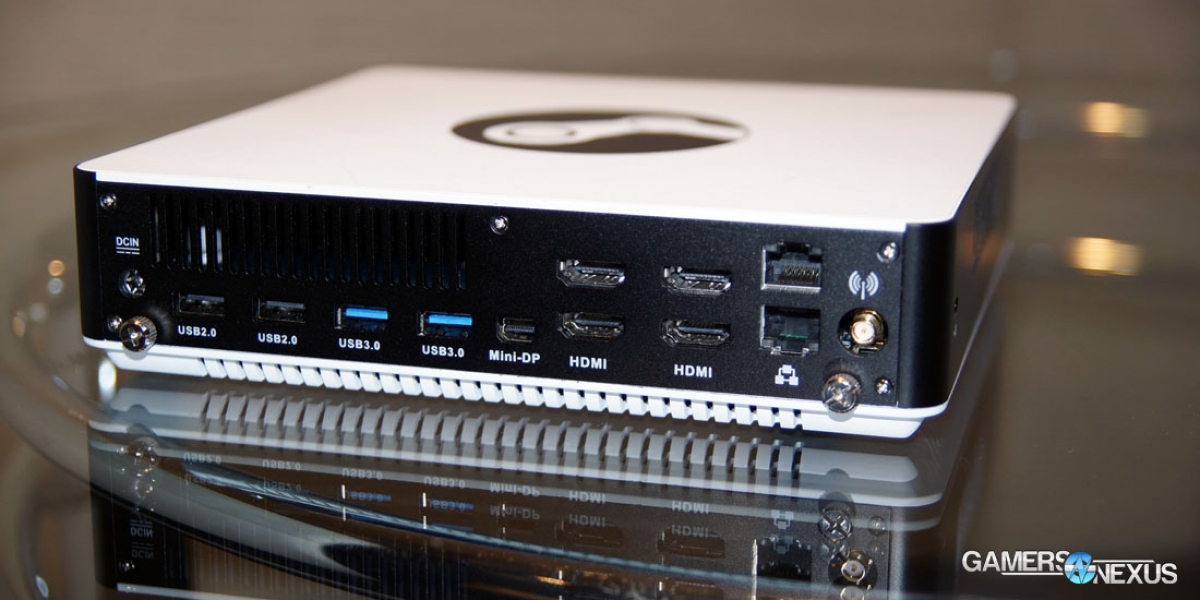 Another CES came and went, and with Valve continuing its hold on production, vendors began shipping their “Steam Machines” under independent branding. Hardware manufacturers had too many resources tied-up in production to match Valve’s more calculated design pace, and were forced to launch aging, proprietary platforms as HTPCs. The systems, of course, could still be a “Steam Machine” – they just wouldn’t be branded as such, would not include the controller, and the user would manually install SteamOS.

Valve’s delays weren’t without consideration. The company redoubled its efforts to design one of the most unique controllers we’ve encountered in all our years gaming. As PC gamers, we always prefer the keyboard/mouse combination, but we’ve also become capable users of the traditional dual-stick analog gamepads (Xbox 360’s PC controller, Logitech’s options). Not necessarily competent, but capable.

The Steam controller can be thought of as a haptic “touchpad” of sorts, using what effectively feels like a trackball under the surface. This will be the topic of a future technological drill-down, but we wanted to set the stage: Valve didn’t design a normal controller, and that’s largely why the Steam Machine platform has been delayed over the past year or so.

But it’s here. Valve fully intends to give vendors the green light to ship in 2015, with the controller entering manufacturing.

What is a Steam Machine? 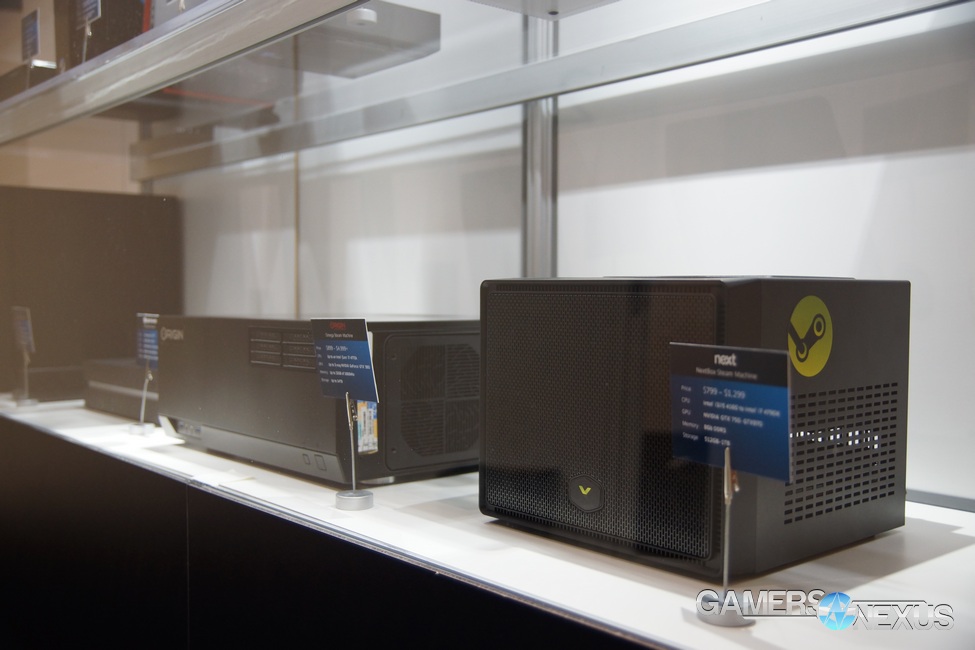 For those who need a refresher, the Steam Machine platform is fairly simple. It’s not far astray from the usual suspects in the home-theater PC market, using high-end x86 components (mobile and desktop) to build a living room-designated PC. The resulting unit is something of a hybrid between consoles, set-top TV boxes, and gaming PCs.

Mass production and MDFs from manufacturers – generally the silicon providers – could marginally decrease component cost, but the end product will always be just slightly more expensive than a DIY approach. In many instances, however, it’s not entirely possible to DIY an identical solution – custom cooling and PCBs, especially in the case of units like the ZOTAC SN970, ASUS GR8S, or Alienware Alpha, can’t be bought off-shelf to build a similarly compact PC. Valve’s Steam logo branding would also be unavailable through a DIY approach, though we’re not discouraging building your own Steam HTPC (in fact, we’ve got several guides online for this task).

We’d imagine case manufacturing partners (Azza is a popular choice among system integrators) would eventually release their Steam-branded enclosures for DIY use, but that doesn’t appear to be in the plans for initial launch.

Steam Machines are ultimately the SteamOS, Steam Controller (sometimes included), and fit within a living room-compatible noise and size format.

Alongside a few fresh faces, nearly all major system integrators (SIs) are shipping some variation of a Steam Machine. The manufacturers we previewed at GDC 2015 include:

System components vary heavily. ZOTAC’s SN970 is among the first adopters of Skylake, Intel’s 6th-Generation Core series LGA-socketed CPUs, though other manufacturers have opted to stick with 4th-Gen Haswell units. AMD makes a few scant appearances, but is clearly in a severely threatened market position; the company’s TDP is too high for SFF boxes on the GPU side and the CPUs are of mixed performance and value, making AMD a secondary choice for ultra-budget units.

Most of the Steam Machines we previewed are utilizing GTX 900 series GPUs – some opting for mobile hardware – and i5 CPUs. A few, like the SN970, are using low-SKU i3 CPUs. We’ll review each Steam Machine independently and round them up as launch approaches, but key items to watch out for would include:

A Diverse Gaming Ecosystem – Valve Could Ignite the PC User Base

Valve isn’t revolutionizing the PC or reinventing its use. All of the intended use cases have existed in gaming HTPC solutions for a long time now, and SFF DIY components have grown in production quality and popularity in recent years. This isn’t to downplay Valve’s role – largely a marketing one, which is almost invaluable to the PC industry – but it should be noted that we aren’t seeing new silicon, components, or manufacturing processes specifically for Steam Machines. The end product is one of deployment: Valve has taken its unique Steam controller, its SteamOS (a lightweight Linux platform), its partner relations, and existing hardware to offer an easy-to-deploy living room gaming solution.

Having established the company’s role in this generation of gaming, we can now fully appreciate the accomplishments: Valve has created a viable Linux gaming platform by encouraging publishers to adapt to the OS, resulting in a severing of ties from Windows and enablement of PC-based living room “consoles.”

Valve has the brand recognition and marketing competence to steal users from other gaming market segments, potentially growing the install base of gaming PCs. We hope that this forces attention by game developers and publishers to adequately optimize their software for the PC market, ideally taking full advantage of the available hardware.

There’s promise in this push. Even for the DIY enthusiast crowd who lack interest in Valve’s Steam solution, there’s no ignoring Valve’s potential to draw substantial attention to the PC gaming segment.