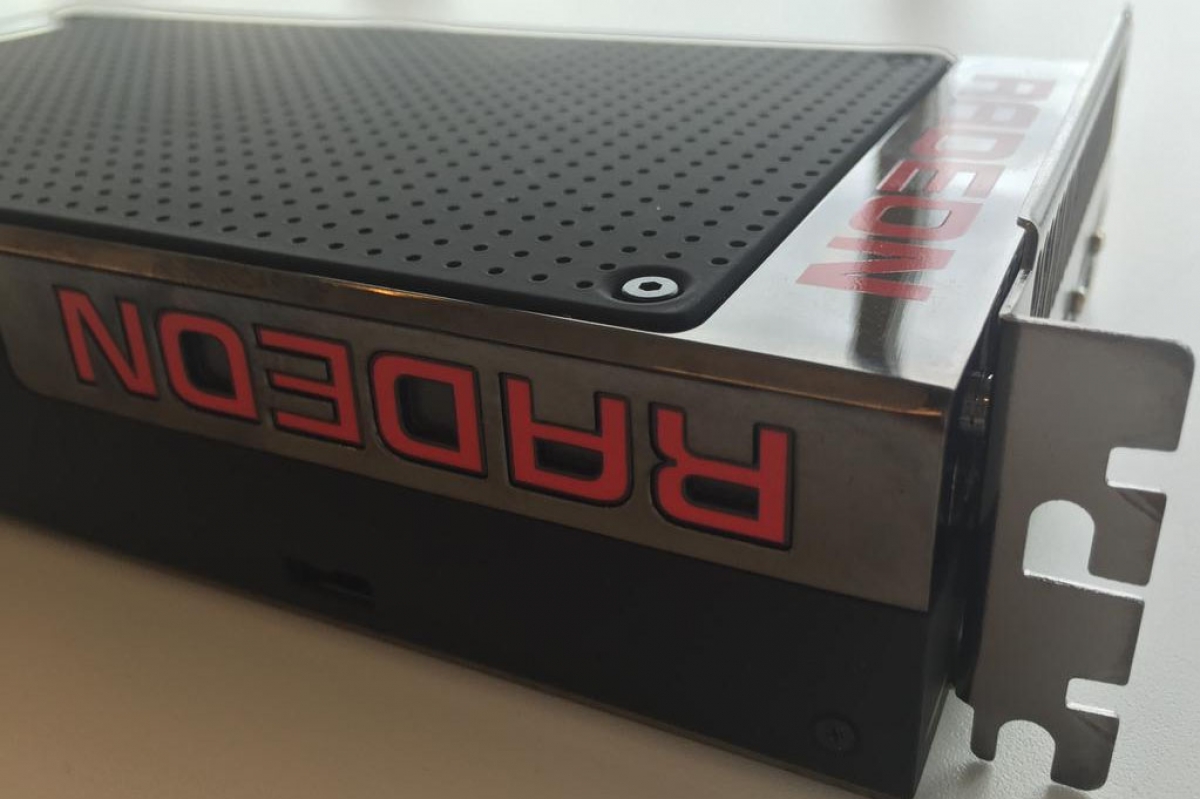 Johan Andersson, a Frostbite developer under EA, today posted a photograph of AMD's new liquid-cooled video card. It is already known that the R9 300-series video cards are due for release in the summer – likely June – and that the flagship devices will be liquid cooled, but little has been officially announced. The pictured Pirate Islands card is assumed to be a 390X.

The photo shows the video card sitting face-up, so the grill is the faceplate of the card; under this rests a CLC pump, almost certainly from either Asetek or CoolIT (or both), and a set of tubes that extend to the radiator. The requirement of a CLC adds to BOM and ultimately user expense, but should help mitigate AMD's historically high thermal output.

More to come on AMD's devices as official information is continually released.