“With the increasing affordability of 4K TVs and the arrival of new NVIDIA and AMD graphics cards, PCs are now poised to deliver the definitive gaming experience in 4K, far beyond the 1080P limitation of current game consoles and most Steam Machines. However, 4K-capable PCs require a lot of power and run hot when pushed, throttling down performance and becoming excessively loud as the stock fans struggle to cool the CPU and graphics card.”

The assembly is designed to run at near-silent levels, a near-requirement for living room HTPCs, and does so through use of the H5SF liquid cooler and optional HG10 + CLC for video cards. Corsair has pointed toward a partnership with MSI to build liquid cooled variants of the Titan X, GTX 980, GTX 970, and the GTX 980 Ti (that we just reviewed and overclocked). The resulting cards will be available through MSI.

Bulldog demands mini-ITX motherboards and SFX12V PSUs for compatibility with the included enclosure. In total, the components include: 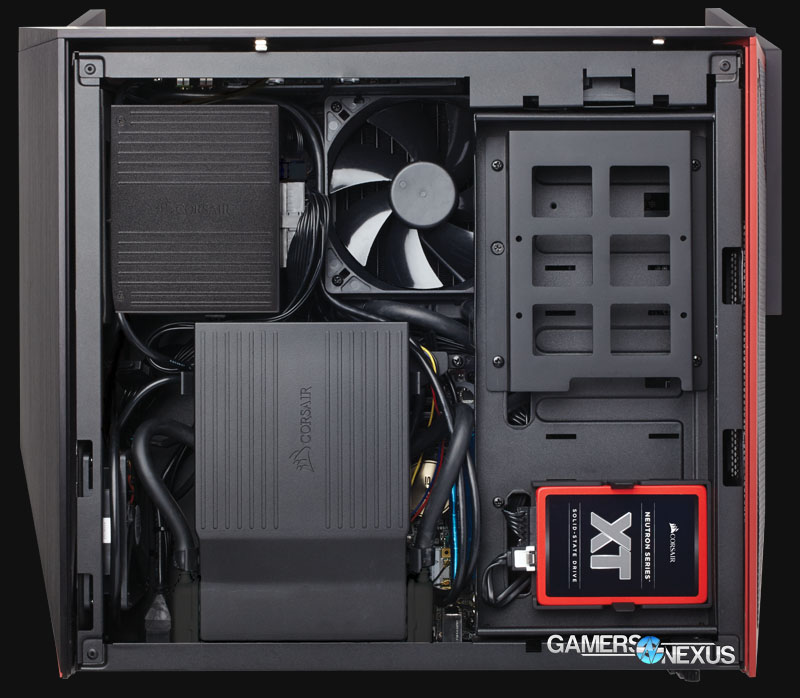 An optional “lapdog lapboard” will be available for wireless input.

Bulldog is anticipated for 4Q15. A video can be found below.