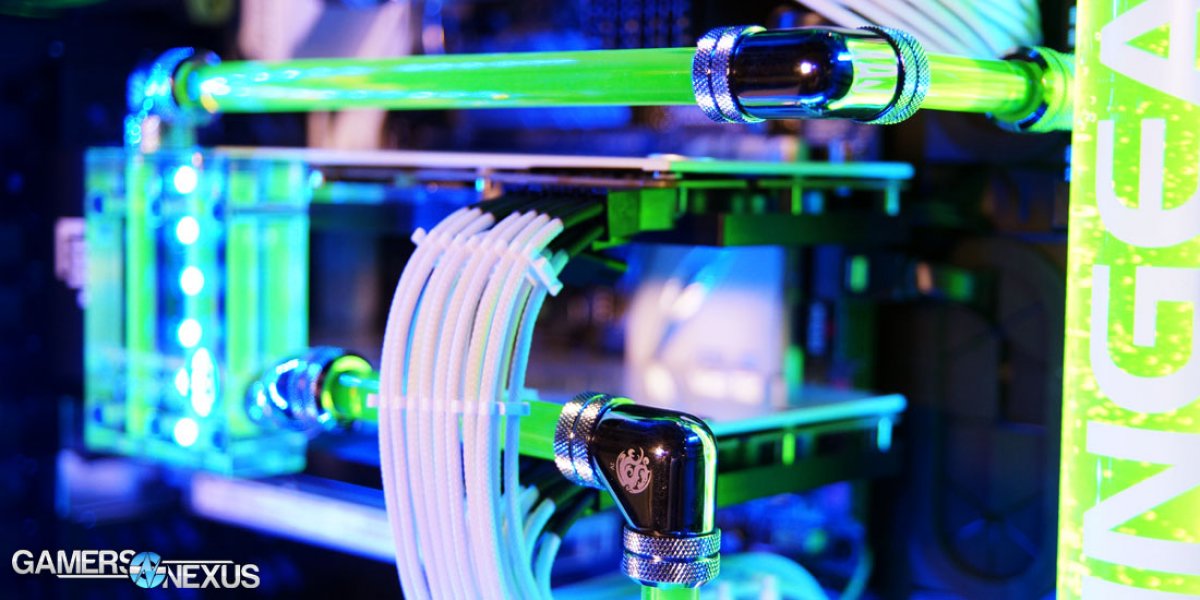 We like to spotlight one ultra high-end system build at PAX every year, at a minimum. This year’s rig of choice was built by Maingear, a system integrator, and is at the corner of Intel’s booth. It was the white Corsair Obsidian 900D and custom liquid cooling loop (complete with vibrant, green fluid) that drew us toward the system.

The PC build hosted an Intel i7-6700K (which we reviewed) on a Z170 ASUS Deluxe motherboard. RAM was available in 64GB of capacity using Kingston’s HyperX DDR4 Predator memory, below which rested 2x GTX 980 Ti cards in SLI – both liquid cooled, of course.

Liquid was routed through the CPU and both GPUs before it is returned to a massive 480mm bottom-mounted radiator. A second, almost equally-large 420mm radiator is top-mounted. All of the liquid feeds back into the reservoir pictured prominently and filled with bright green fluid. 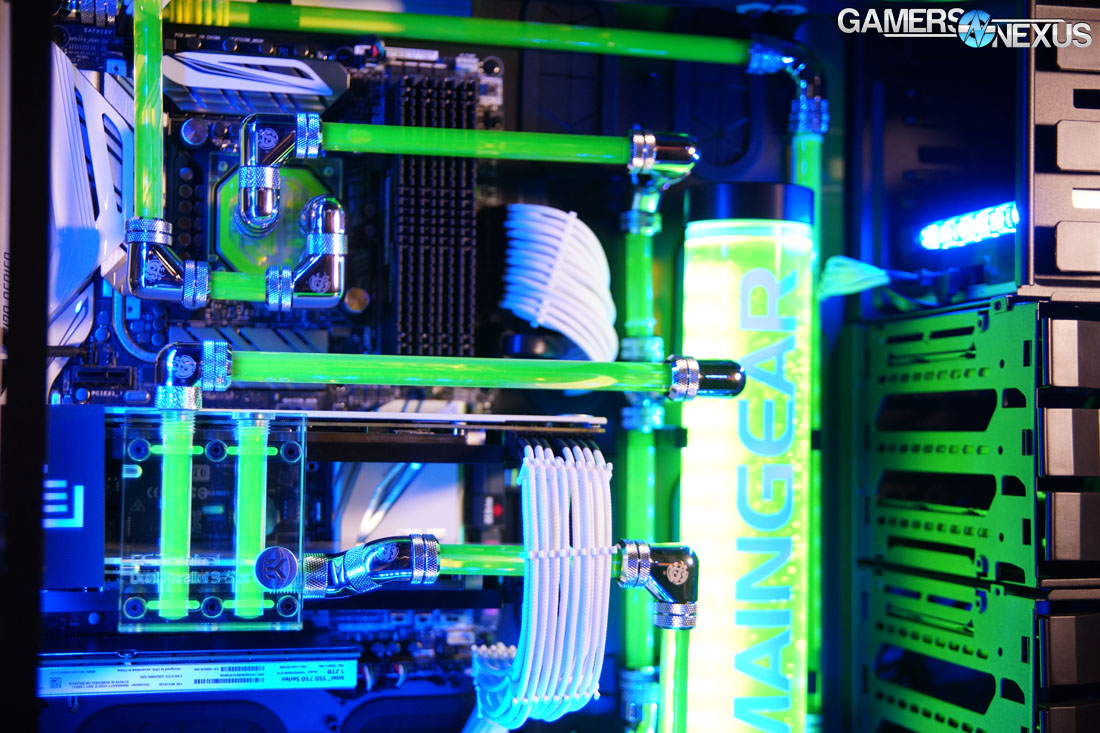 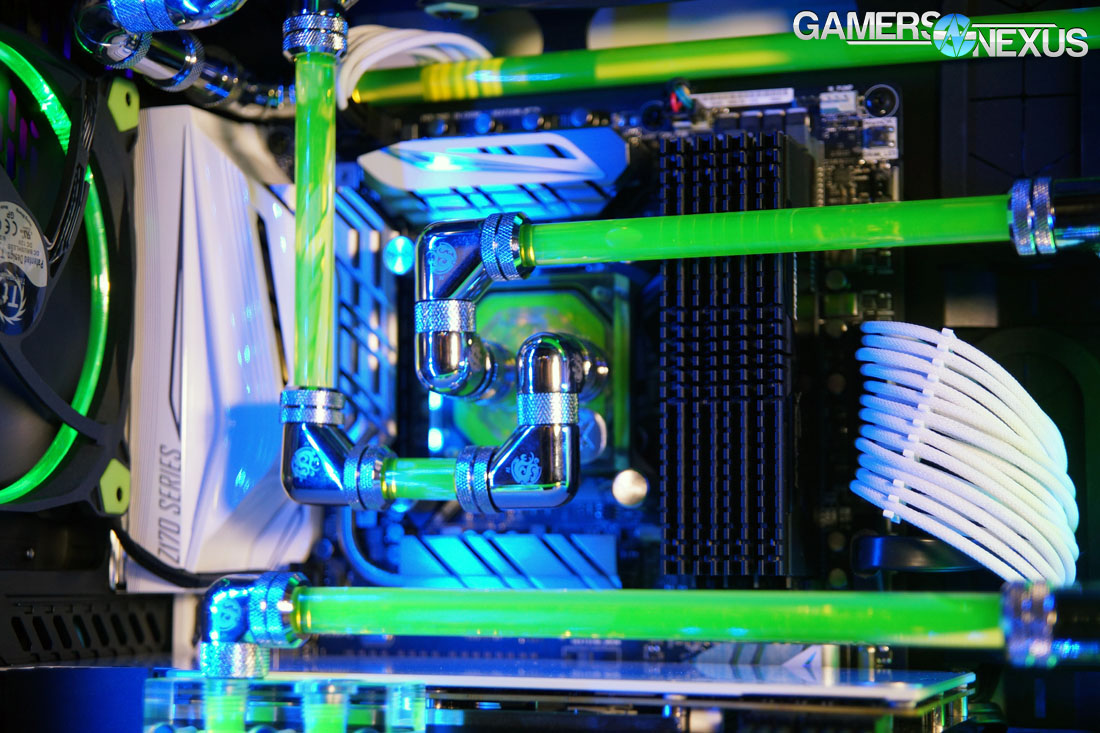 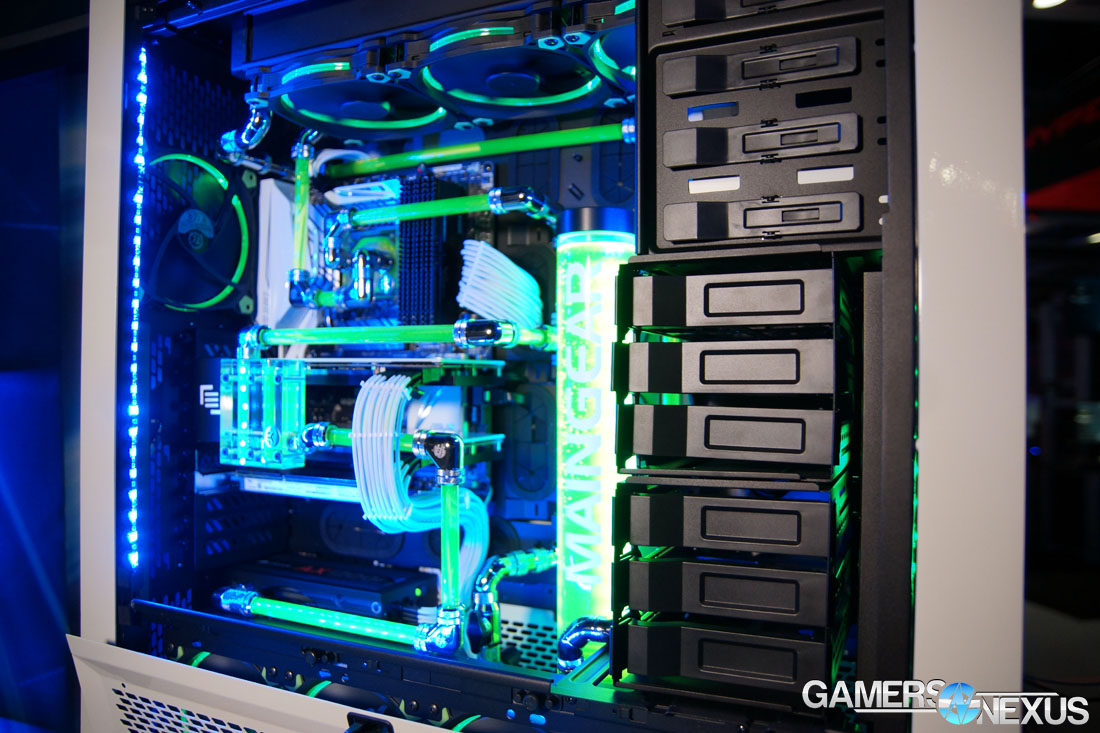 Cable clamps cleanly contain individually-sleeved cables. The cabling is stiffly routed through the grommeted holes, then passed through the back side of the case.

There’s no real news here and we didn’t have much time to speak to Maingear (and didn’t find them until after the video was shot), but it just seemed like a cool system to share with enthusiasts. There’s no denying that the liquid and cable routing are both beautifully crafted.