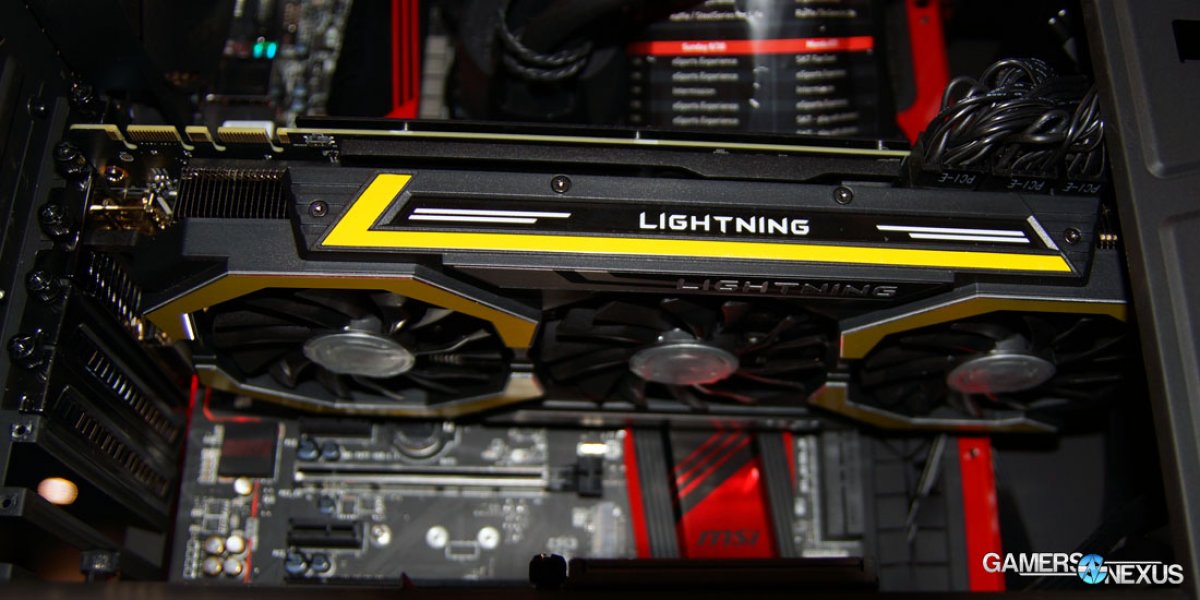 The Lightning is pre-overclocked by 200MHz (1300MHz boost). The most immediately noticed facet of the card is its massive power requirement: 2x 8-pin headers and 1x 6-pin, in addition to the usual PCI-e power, make for a power-hungry overclocker. MSI’s equipped the 980 Ti Lightning with its Tri Frozr cooling solution using Torx fans, a marketing name for MSI’s alternation of frictionless and friction fan blades that theoretically slipstream the air intake. 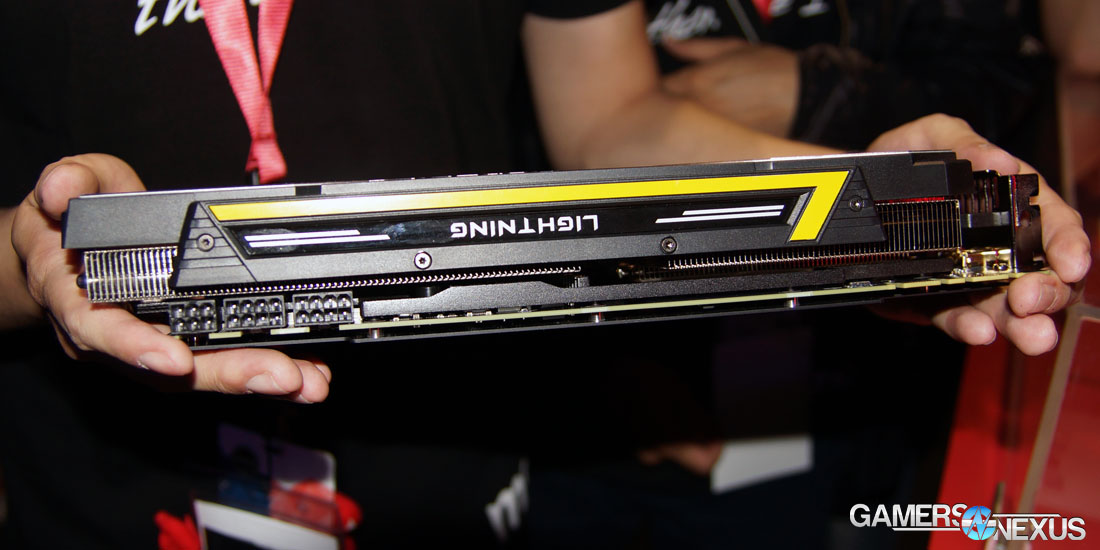 MSI’s cooling solution utilizes a number of 8mm Super Heatpipes of copper construction, routed through the usual (but larger) alloy heatsink. The heatpipes directly connect with the silicon for improved thermal dissipation. Unlike some other OC cards on market, all three of MSI’s fans are push fans – they force air down and into the cooler – so air exhausts through the back and side.

A 12-phase VRM and high-quality super chokes are used in the power design, backed by solid capacitors for improved power management. This ensures clean voltage delivery to the GPU and supports overclocks with greater stability. The bulky VRM will aid in reduction and management of any outlier voltage ripple driven down the rails. 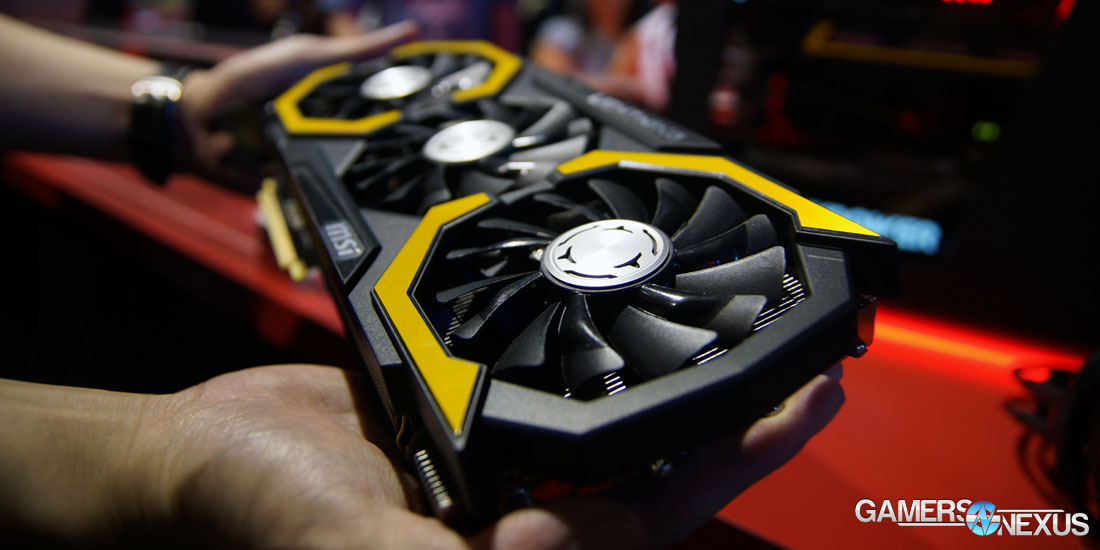 For aesthetics, the card uses an “MSI Lightning” branded backplate and support structure. The support arm is a steel rear-PCB frame that reduces VGA sag that is normally present in heavy cards. RGB LED lighting is present in the logo plate and controllable through software – certainly not a useful performance item, but maybe of interest to some users. The faceplate is the company’s first to use CNC extruded metals, painted with an anodized yellow finish.

Showing me a screenshot of overclocking leaderboards, one of MSI’s staff showed me that a professional overclocker achieved a frequency in excess of 1900MHz – nearly 2x the reference clockrate.

The card will be subject to the usual nVidia voltage limitations, though unlocked BIOS patches would allow more room to play.