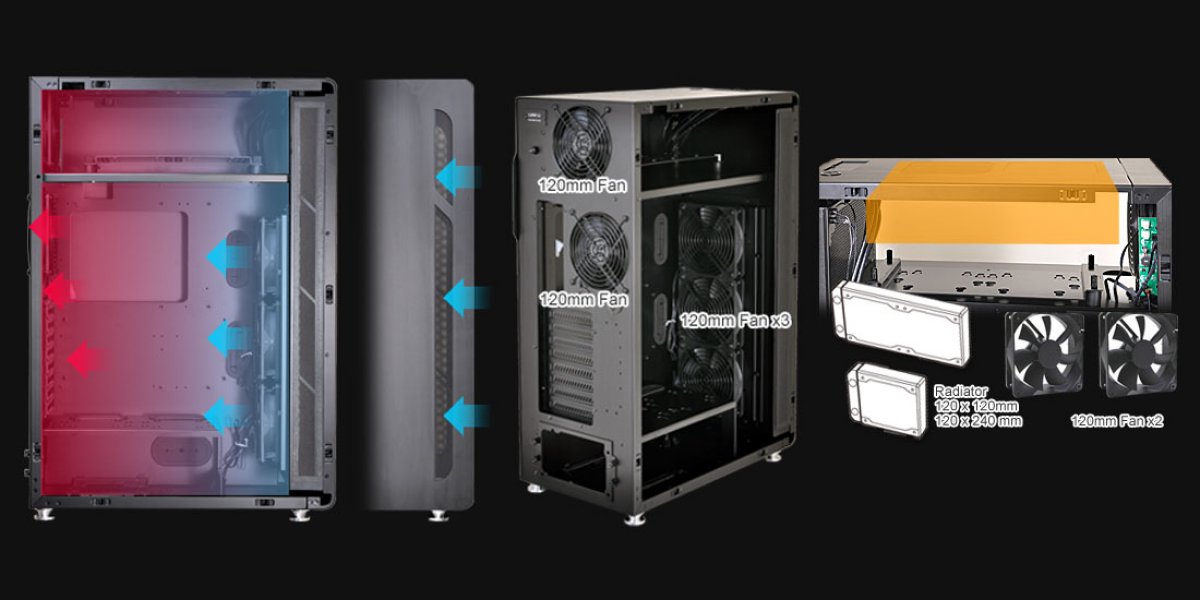 Lian-Li has announced the PC-X510, a case they claim can fit a "full-tower build in mid-tower size."

Thanks to the arrangement of its three internal compartments, the Lian-Li PC-X510 can fit full-sized components into a relatively small footprint. A separate chamber on top of the case holds HDDs and SSDs, shortening the front of the case and making it distinctively tall and skinny (no, the picture isn't stretched – we thought so, too).

Airflow is segregated between the drives, the main space, and the PSU compartment. The drive bays in the upper compartment are removable to accomodate either two 120mm fans or a 240mm radiator, and drives can instead be installed behind the motherboard or on top of the PSU chamber. All intakes are filtered, and the case ships with five fans preinstalled. These can be controlled via a panel on the case (60%-100%). 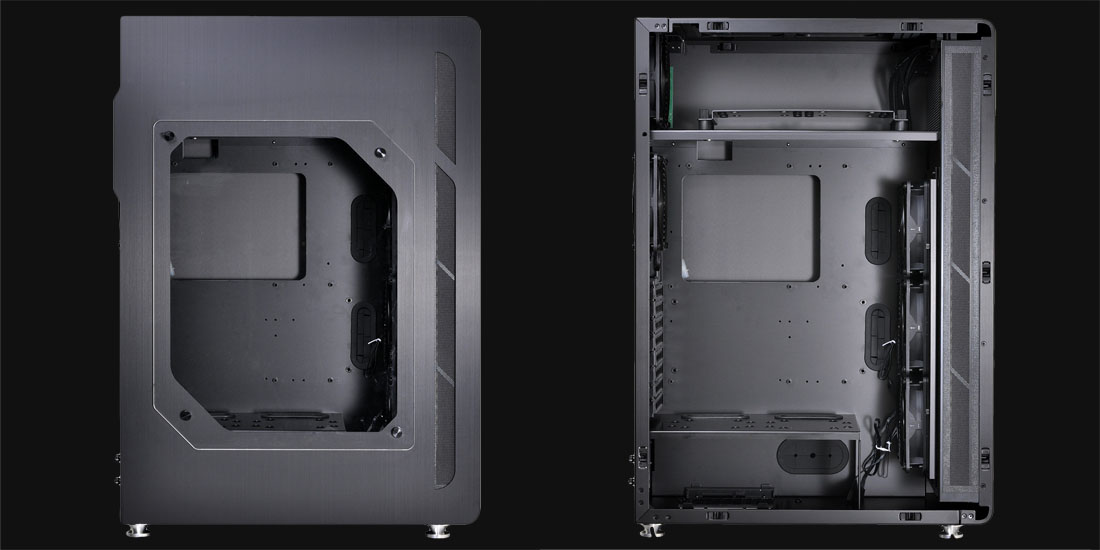 The outer case is constructed of Lian-Li's usual aluminum (except for a large tempered glass window, exposing one side of the main compartment), making it only 7.8kg total. Because of the expensive aluminum, however, the PC-X510 does retail for $400 – more than twice what a comparable non-aluminum case would cost.