Regardless of the legality of CM-cooled GPUs, the GTX 980 WaterForce is fresh on the scene with its 120mm CLC cooler. The marketing materials boast a “38.8% cooler” performance than reference, which seems realistic, and a 1253 / 1354MHz clock-rate. The GPU clock is among the fastest GTX 980s on the market, though there's still room for additional OCing by users interested in getting the most out of their liquid. 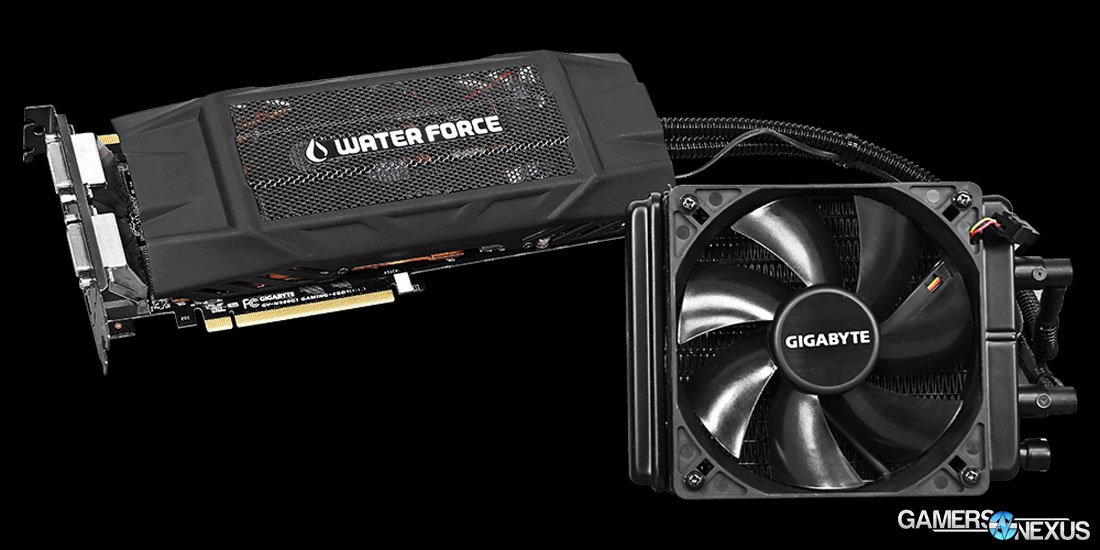 Taking a look at the coldplate design, it appears that the CM Seidon pump mounts directly to a larger copper “substrate” plate, which uses a short heatpipe to funnel heat from the MOSFETs to the larger plate; it appears that the heatpipe also contacts chokes or VRAM. The underlying coldplate (to which the heatpipe is mounted) does not see direct cooling from the liquid block, leaving us curious as to how Gigabyte is dissipating its heat generated from the VRM. There is no on-card blower fan, as found on the 980 Ti Hybrid and 980 Ti Sea Hawk cards, so VRM and VRAM modules must be cooled by the plate and its single heatpipe. If we can secure a review sample, we'll see how the MOSFETs hold up to additional OC load given the barebones cooling design.

We do not yet know the price for the GTX 980 WaterForce.