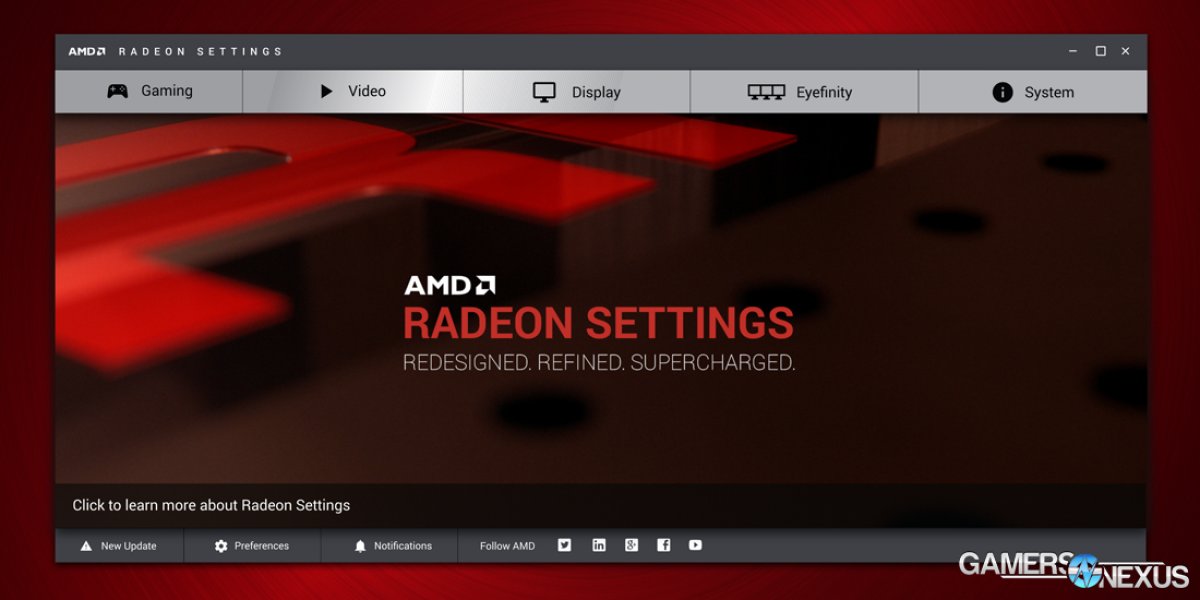 The Radeon Software announced today, which champions Catalyst, is just a software update. This does not include with it performance-enhancing drivers. Users should not expect changes to GPU performance from this update.

“One-click” driver downloads now feed through the software suite, ensuring users keep drivers up to date. This is similar to nVidia's GeForce Experience functionality, but AMD does not require email registration for acquisition of the newest drivers. AMD explicitly called to attention that it will still allow standalone driver downloads, including the latest drivers, directly through its website. The company told us that users can expect 6 WHQL driver updates per year through Radeon Software and the website, with software revisions issued as needed or as functionality is updated. 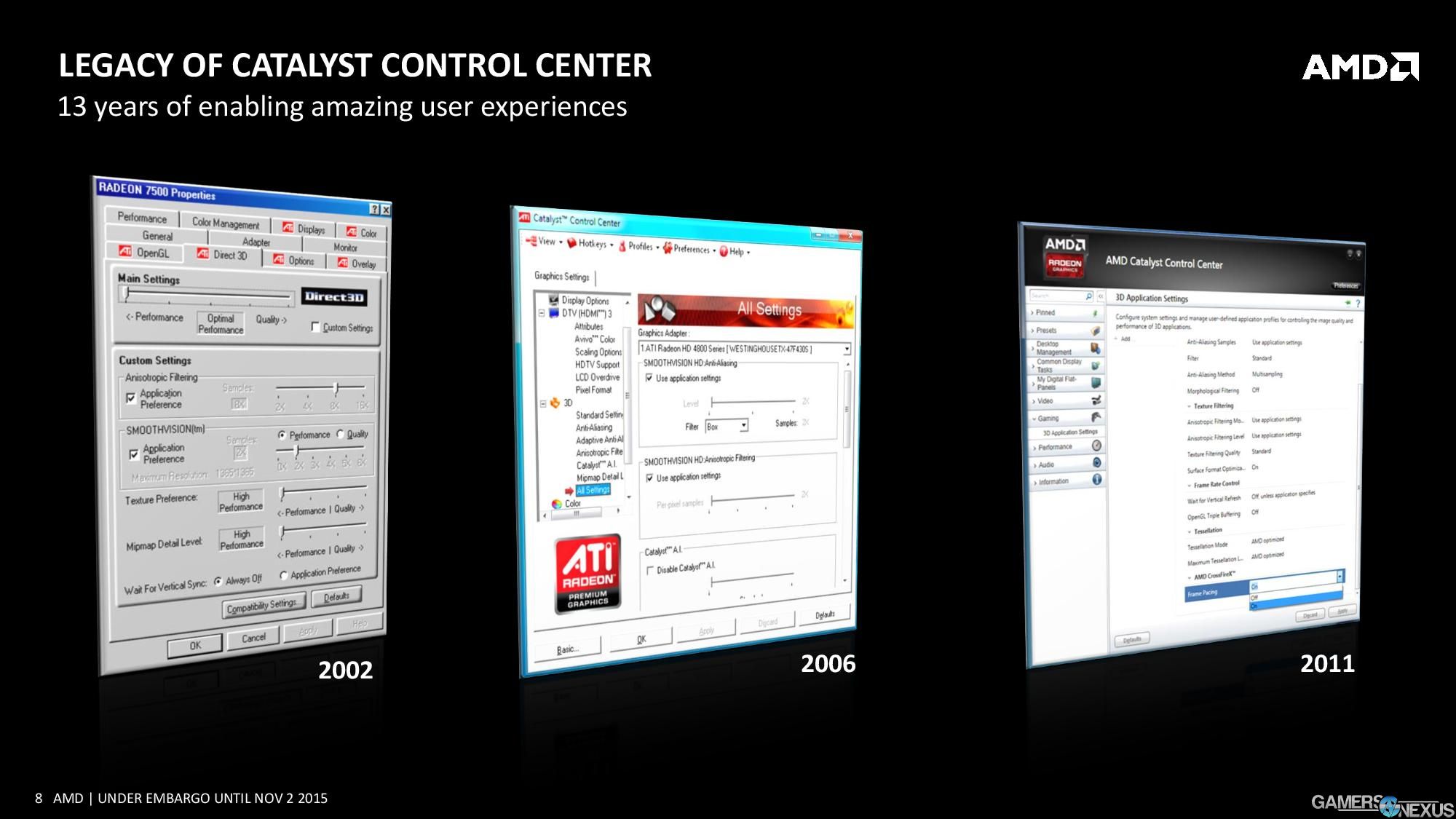 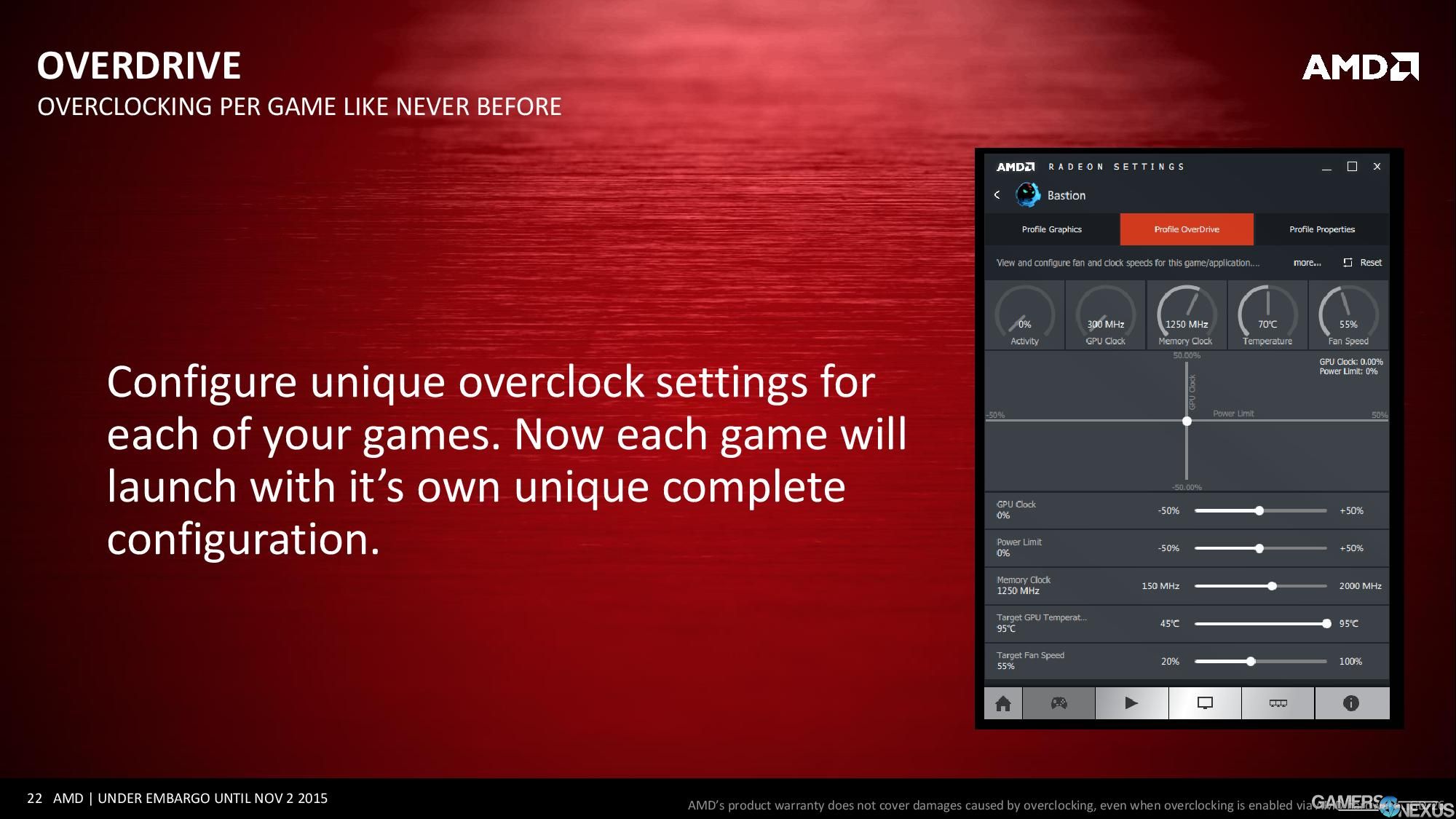 We were a little more interested in per-game overclock tuning. Using the existing Overdrive functionality, AMD now allows profiles on a per-game basis for overclocks, which allow users to only overclock the GPU when absolutely necessary. To us, now that we've been introduced to the idea of profiling on a per-game basis, it seems like a no-brainer and we hope nVidia follows suit. The question of longevity and GPU lifespan makes it undesirable to run a GPU constantly overclocked and over-volted, but using profiles, an OC can be applied only to the games which stress the GPU the most. This makes good sense and we like the direction AMD is taking. 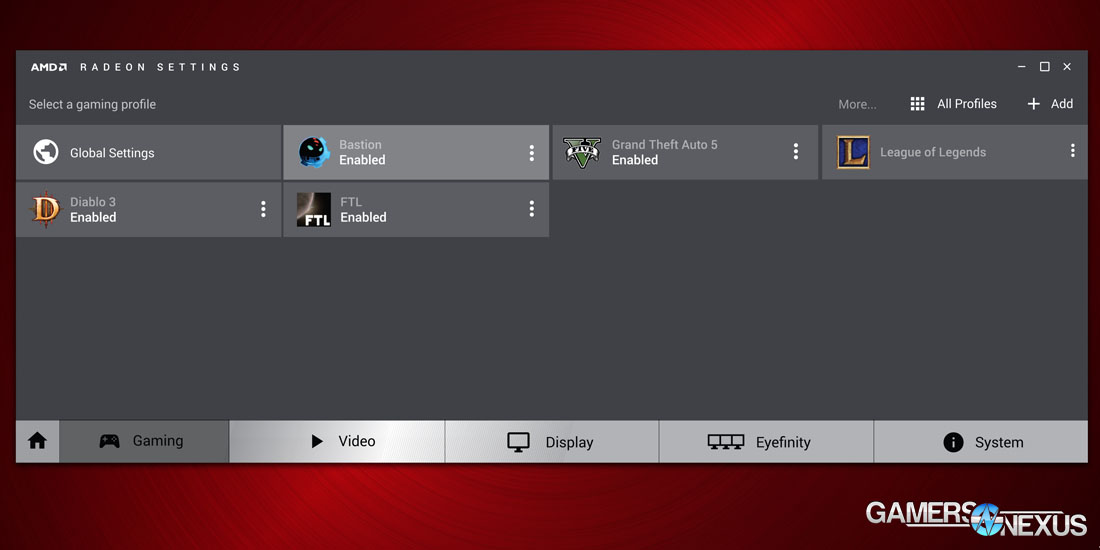 There are some ad spaces present in Radeon Software – Crimson, but AMD pointed-out that these will be reserved for relevant new game ads, links to reviews, live streaming events, and for OEM marketing (e.g., laptop manufacturers marketing new products). If AMD sticks to this model, the ad slots seem unoffensive and capable of adding value – especially as it pertains to live events and streaming.

AMD's naming scheme does feel a little bit greedy – like everyone at the round-table liked all the names so much, they decided to include all of them. Let's break-down the naming structure to reduce confusion:

“Radeon Software” is the name of the suite. This replaces Catalyst Control Center and will be used to refer to AMD's software going forward. “Crimson Edition” is the major version, iterated annually, from what we're told. 15.11, in this case, is the year.month minor versioning (2015, November). Not so bad once that's laid-out.

Look, let's get this out there straight away: We don't like Raptr – Gaming Evolved. It feels bloated and unnecessary, but the utility does offer solutions that have the potential for value if curated more carefully.

Global profiles can be configured without the Gaming Evolved application and will apply universally to game titles.

We remarked in our Fury X review that Fiji was an impressive architecture, but woefully under-delivered compared to its price-adjacent competition. “Good enough” doesn't cut it for AMD – they have to be better, and it's got to be in more ways than just architecture. The GPUs need to execute, they need stability, AMD's software suite needs to match or outdo nVidia's very obvious software focus, and none of these things are easily done.

But AMD is finally making strides in that direction. Up until this point, nVidia has had a clear software advantage; the company has built for ease-of-use, targeting the not-quite-enthusiast market with clear tools and easily deployed streaming/sharing options. NVidia wants to “build an ecosystem” for its users, and it looks as if AMD is now making a similar attempt. It makes sense. Both companies have a core following of sometimes zealous followers, and it's good marketing to leverage those followers in a central hub of community interaction.

The company is still in jeopardy, but the isolation of the Radeon Technologies Group (RTG) and improvements on the GPU side are both good things. If RTG ends up getting spun-off in some sort of acquisition, it'll be in a stronger starting point with its renewed focus on software and drivers.

Fiji was good but under-delivered and, ultimately, we thought was outmatched by the 980 Ti. The performance gap has diminished with the first DirectX 12 games (time will tell if this persists with other games) and the software gap is now shrinking, making AMD an increasingly viable solution.

The software will be made available within 4Q15.