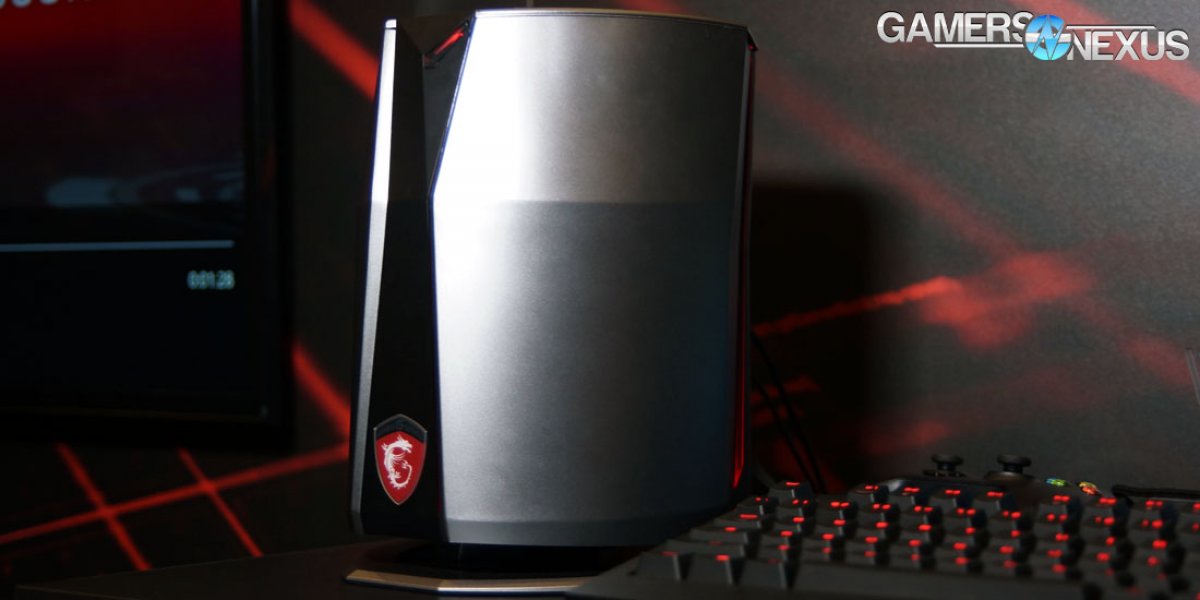 Cylindrical in design, the Vortex enclosure somewhat resembles Apple’s “trashcan” form factor PC. A bottom intake push fan passes air into the tri-chamber case, then accelerated and exhausted by a top-mounted, large blower fan. As the air travels upward in smoke stack-like fashion (consequently, this is called the ‘stack effect’), it passes through the inward-facing, opposing heatsinks for two MXM GPUs and the CPU, all three installed in neighboring chambers. The potential for heat generation is substantial in a small enclosure such as the Vortex’s, but facing components inward and toward each other – perhaps against initial judgment – should theoretically improve dissipation potential.

Not that it much matters, but the name itself – Vortex – isn’t exactly indicative of a desirable cooling scenario. Associating trapped, circulating air with a tight enclosure by product name doesn’t seem the most thought-out. 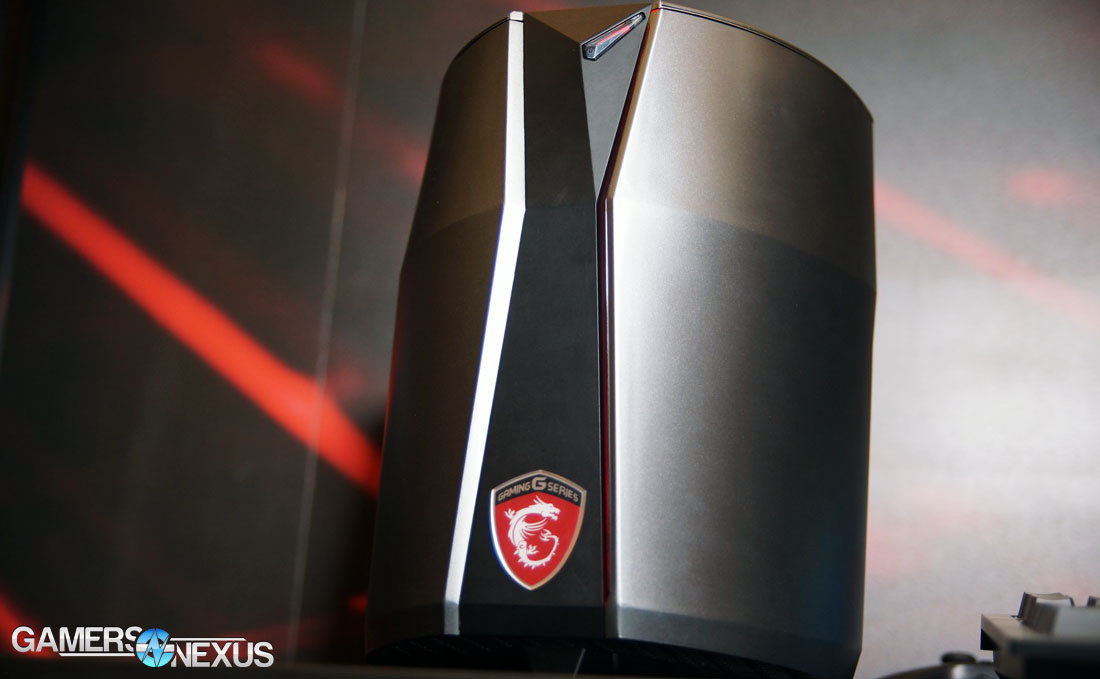 MSI is planning to offer the Vortex in two primary SKUs. The cheapest, somewhere in the vague ~$1800 to $1900 price-point, will include dual GTX 960s (opposing compartments, MXM) and an unspecified, socketed CPU. The CPU will be user serviceable. The higher-end SKU will host dual GTX 980s in an identical arrangement, but with no price yet known. We will reserve commentary on pricing and value until a time at which all specifications are final and known, and until a time at which we’re permitted to open the enclosure.

The Vortex seems most at home in a living room environment, where its modern aesthetic would act a status symbol for buyers hoping to show-off their weirdly shaped, new gaming box.