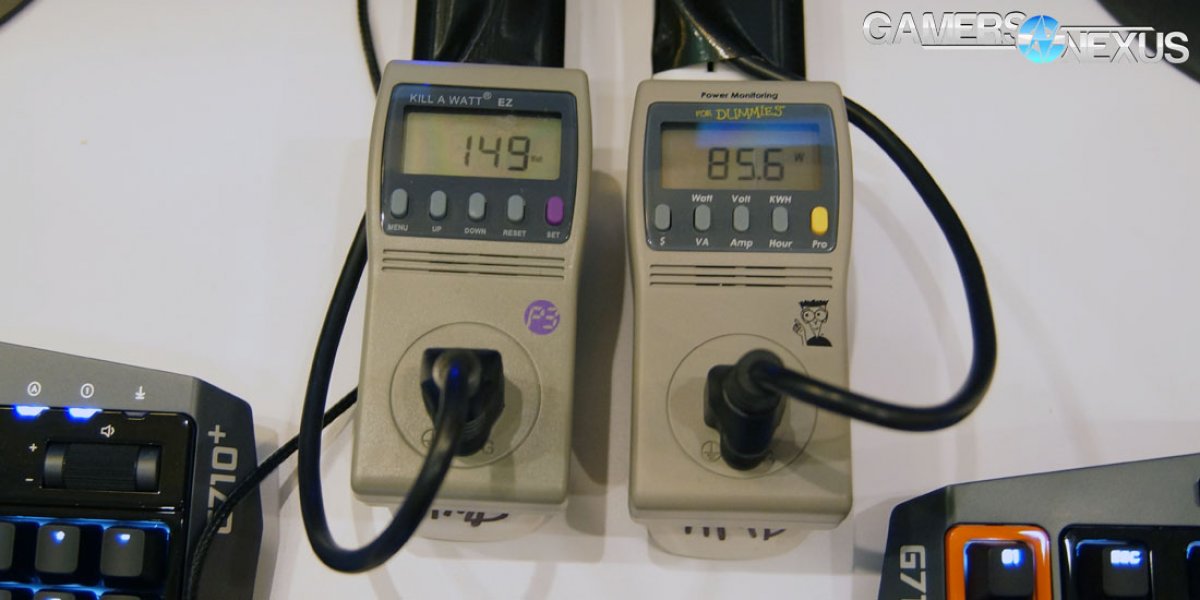 When running the game outside of menus, we observed a power consumption of ~80-90W for the AMD Polaris system and ~130-140W for the nVidia Maxwell system. Impressively low for each – we weren’t provided with system specs outside of “some kind of Haswell i5” and the GPUs – but there’s a clear lead for the Polaris card. 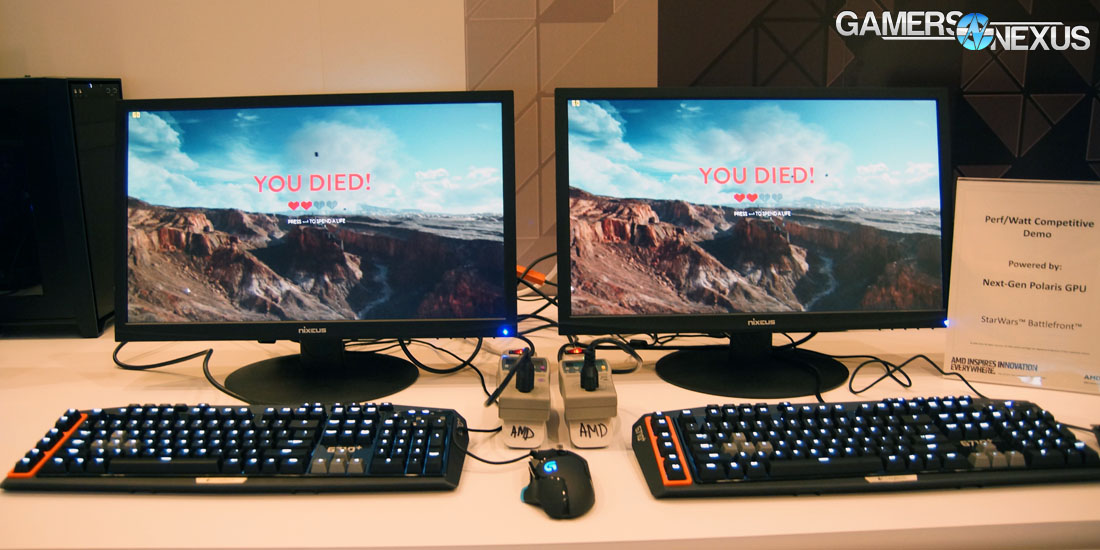 This, of course, isn’t all there is to the story. Both cards tied with the locked framerate – 60FPS for each – but we wanted to unlock that FPS. It’s easily done; we’ve done it in our Battlefront CPU and Battlefront GPU benchmarks. Typing  gametime.maxvariablefps 0 and disabling any sync technology would have fully unlocked framerate for a more accurate observation. The point here is that, one, Battlefront isn’t a very GPU intensive game – we achieved 60+ FPS on GTX 960s at 1080p/Ultra pre-performance patch – and, two, absolute performance metrics would have told clearer story as to whether the Polaris card can stand against the 950 in framerate. As of now, we know that AMD’s demonstrated Polaris SKU is theoretically superior in watt draw – that’s it. Game performance is not available at this time.

Ignoring the limited information and careful conveyance thereof, AMD’s made it clear that the fusion of GCN 4th Gen and FinFET 14nm process yields an impressively low watt draw. Of this fact we are certain, based upon our demonstration today.

AMD’s seemingly-annual display demonstration shifted focus from adaptive synchronization to HDR. High-Dynamic Range lighting is used in photography, videography, and games, but is bottlenecked by modern 8-bit color displays. SDR, or Standard Dynamic Range, is what everyone’s used to in desktop use cases; the colors are less sharp and accurate as gamma approaches its outer limits, yielding less pure blacks and less accurate teals, golds, and reds.

The displays weren’t powered by AMD technology, but the company sees itself as a champion for the push into HDR from SDR. AMD has encouraged developers and display partners to move in this direction, telling us that game devs have thus far responded positively; AMD mentioned that developers projected appropriate engine tweaks as requiring just a few weeks to support increased bit-depth of displays. 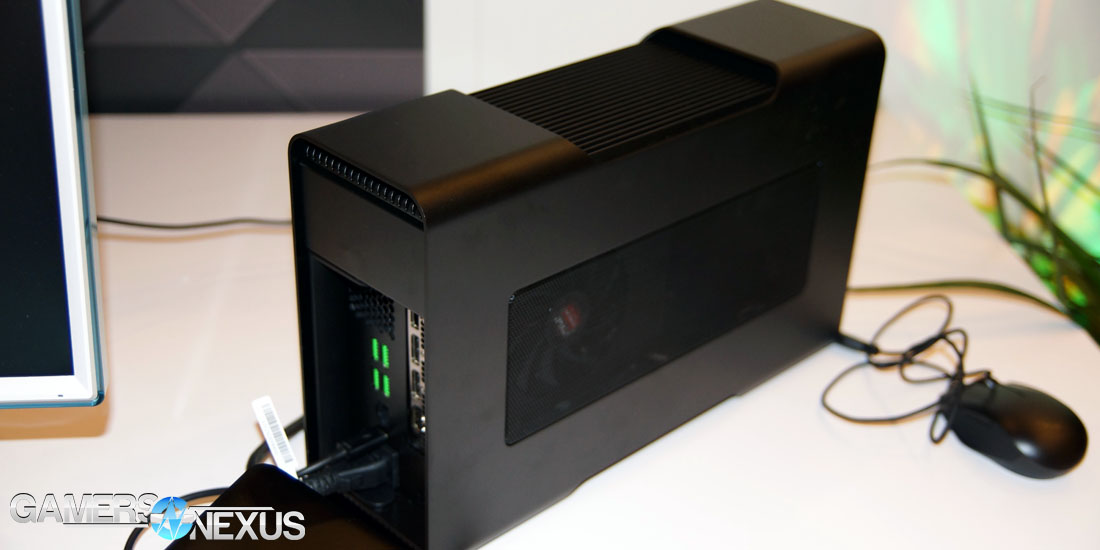 The above video contains some introductory information on Razer’s new Stealth Blade notebook and external GPU combination. The biggest change between this solution and last year’s Alienware box (or previous Silverstone box) is its support of hot-plug video cards. No shut-down required to connect a GPU – it can be connected and disconnected by plug cycle or Windows UI prompting, the very same used for managing external drive connections. Learn more in the above video.