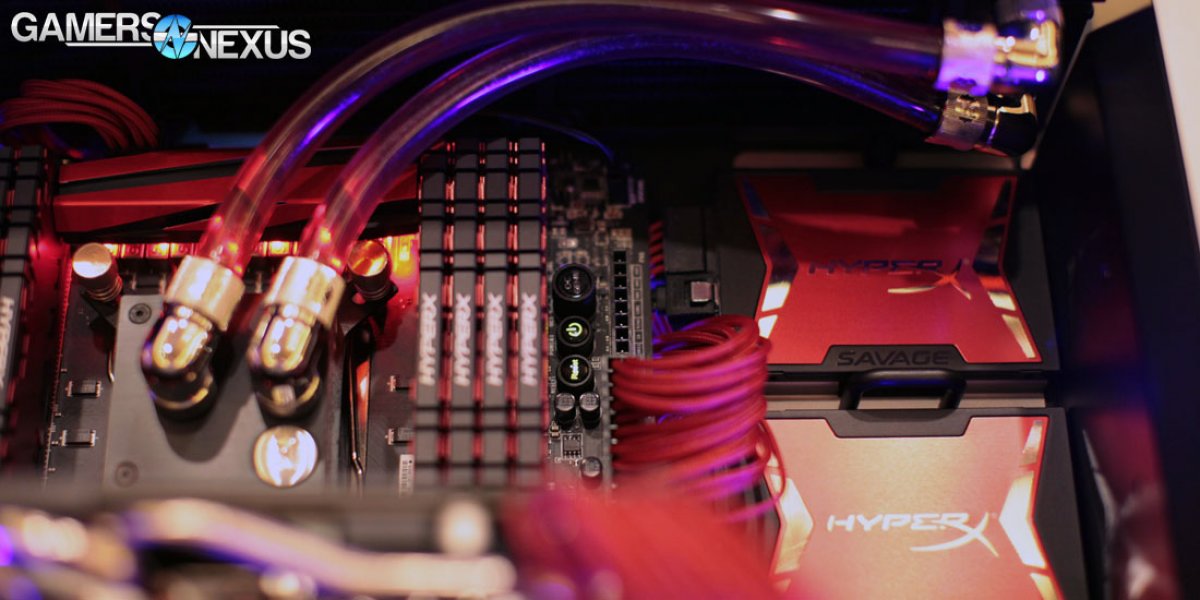 Two new SSDs piqued our interest from Kingston Technology at this year's CES: the Kingston UV400 and unnamed PCIe HyperX SSD. The second drive comes from the gaming side of the company – badged under its HyperX branding – and is a high-performance, NVMe drive set to champion the Predator SSD.

Kingston's UV400 SSD is the manufacturer's first foray into TLC Flash NAND. The drive isn't really new, though – it's just new to the US. The product was first tested in a few foreign markets to see how buyer response would be; in India and Russia, for instance, a price delta of a few bucks can be the swing needed to crush or propel a product into its market position. Following the company's international experiments, the UV400 is being brought to US e-tailers near the end of 2Q16. TLC will drive price down to a yet-unnannounced, but predicted, "very affordable" class.

As with other TLC drives, this drive's lifespan won't be as good as those using MLC, but Kingston's angle is that most computers are replaced in 3-5 years, which is about what a user should expect from the drive. Kingston's lab testing on the NAND has shown that its cells are good for about 700 P/E cycles. 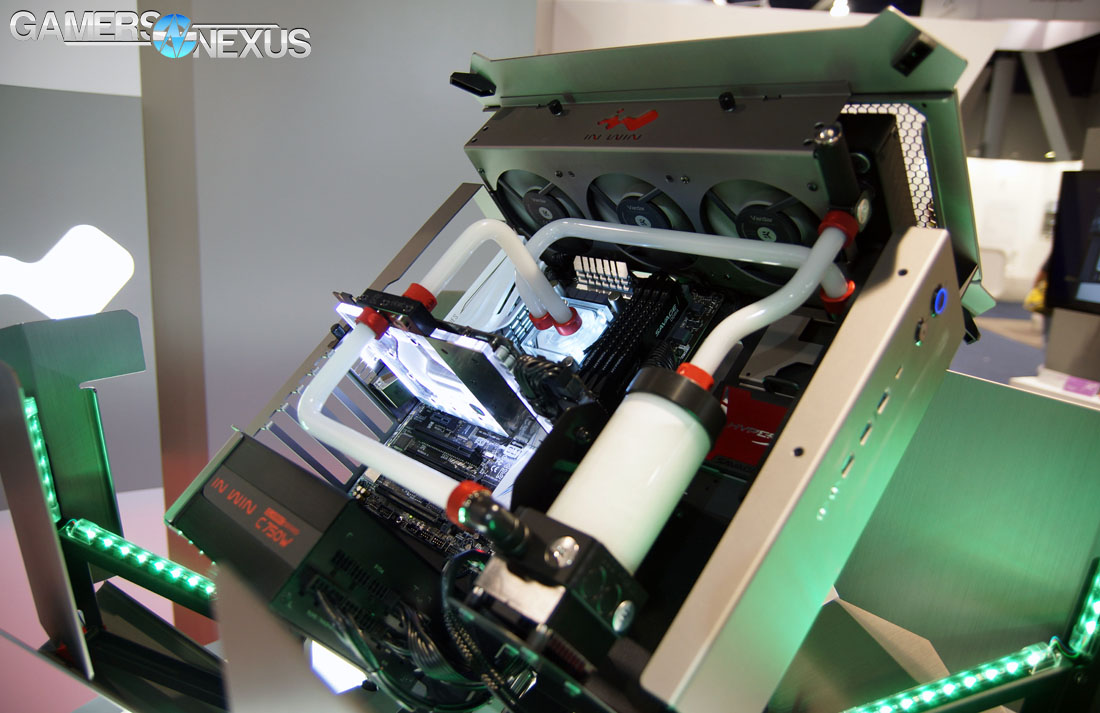 At its core, a Phison S10 controller works to wear-level the TLC evenly and reduce endurance impact of the exponentially incremented readpoints on the NAND. Kingston gave the drive a performance boost through caching, allocating 6% of the drive's capacity in additional SLC NAND for the most frequently used information. Without any sort of prebuffer, TLC runs slower than MLC NAND by nature of its design: 8 voltage levels (seven readpoints between those levels) require additional granularity to accurately check voltage states, so 33% more data is stored per cell (three bits per cell, rather than two) and cost is reduced, but speed takes a hit because of the additional checks required.

Jumping over to the HyperX side of things, the Predator SSD's successor will be finalized and heading to shelves about the same time as the UV400. The controller choice hasn't been finalized yet, but we're most likely going to see either a Marvell or Phison unit using all eight channels to access the NAND. The NAND itself will either be Toshiba or Micron, but again, we'll have to wait and see what Kingston chooses here. We do know that it will be offered in 240GB and 480GB models in the M.2 2280 form factor as well as a 960GB model in the M.2 22110 form factor. We were also told that the PCIe x4 adapter PCB would be available on this edition in cases where user motherboards don't have an M.2 connector. Throughput numbers should max-out at about 2500MB/s sequential read and 220,000 IOPS on 4K random reads, putting the drive nearly in the same class as the Samsung 950 Pro. On the prototype, where improvements are expected, we saw Iometer test results showing 198K IOPS on a 4K read. 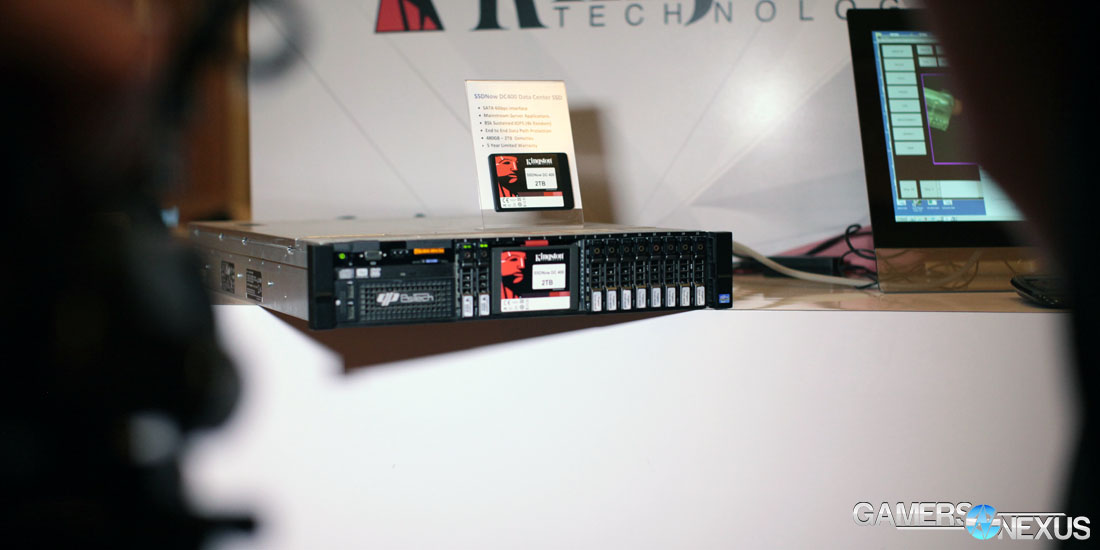 In other news, Kingston is partnering with Liqid to produce a high-performance SSD Add-In Card (AIC) for the enterprise customer, called the E1000. The AIC will need a PCIe x8 interface and will have the ability to deliver 6GB/s sequential or 1.25 million IOPS. These rates are achieveable because the E1000 supports 4 x 2TB M.2 SSDs on a single PCB.

The card has a finned heat-spreader on top that covers up the PCB and its 4x M.2 connectors. The AIC allows the BIOS or RAID software to see each drive individually, permitting the user to run JBOD for storage, striping for speed, or RAID 5 or 10 for redundancy. Kingston takes it a step further and reminds us that the average server has 6x PCIe slots, allowing for a total of 24x M.2 drives. This produces a staggering 48TB of storage with sequential throughput at 36GB/s and random I/O of 7.5 million IOPS. For more detailed information about the AIC and for helpful graphics, check out the PDF documentation.