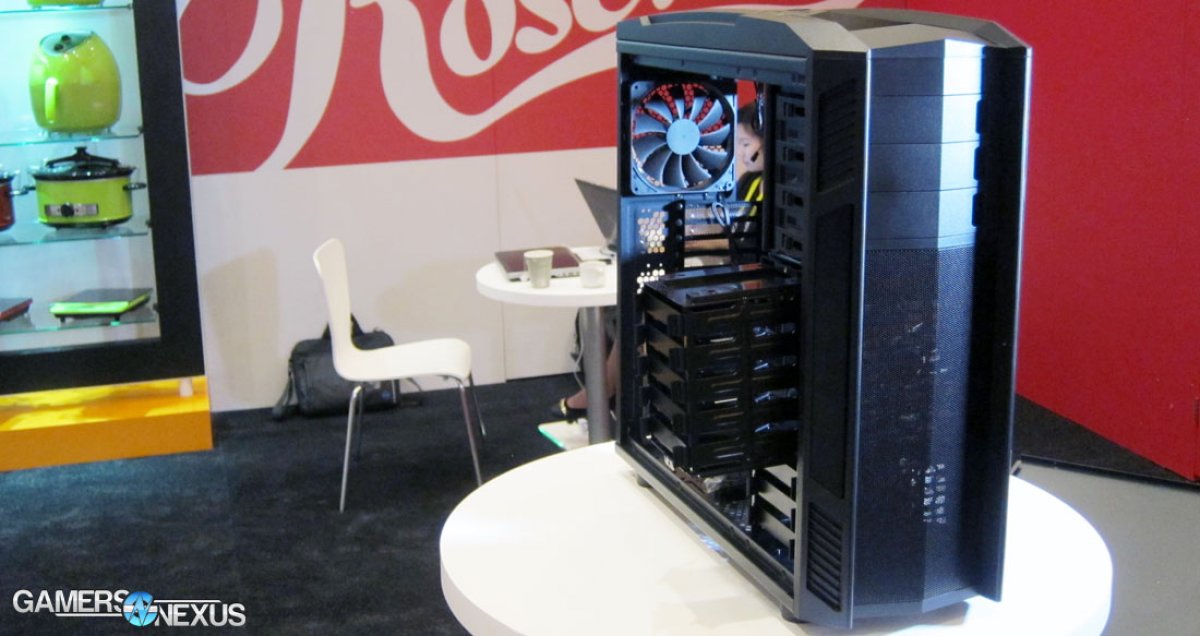 The Gungnir is the newest addition to the Rosewill case family. This mid-tower has lots of clearance on the inside and an industrial look, thanks to a separating PSU shroud like the fixed shroud introduced by NZXT in the H440. Due to the shroud, the power supply must be installed from the back-side. Also found within the back-side of the case are SSD mounting points and 2 x 3.5" drive bays. 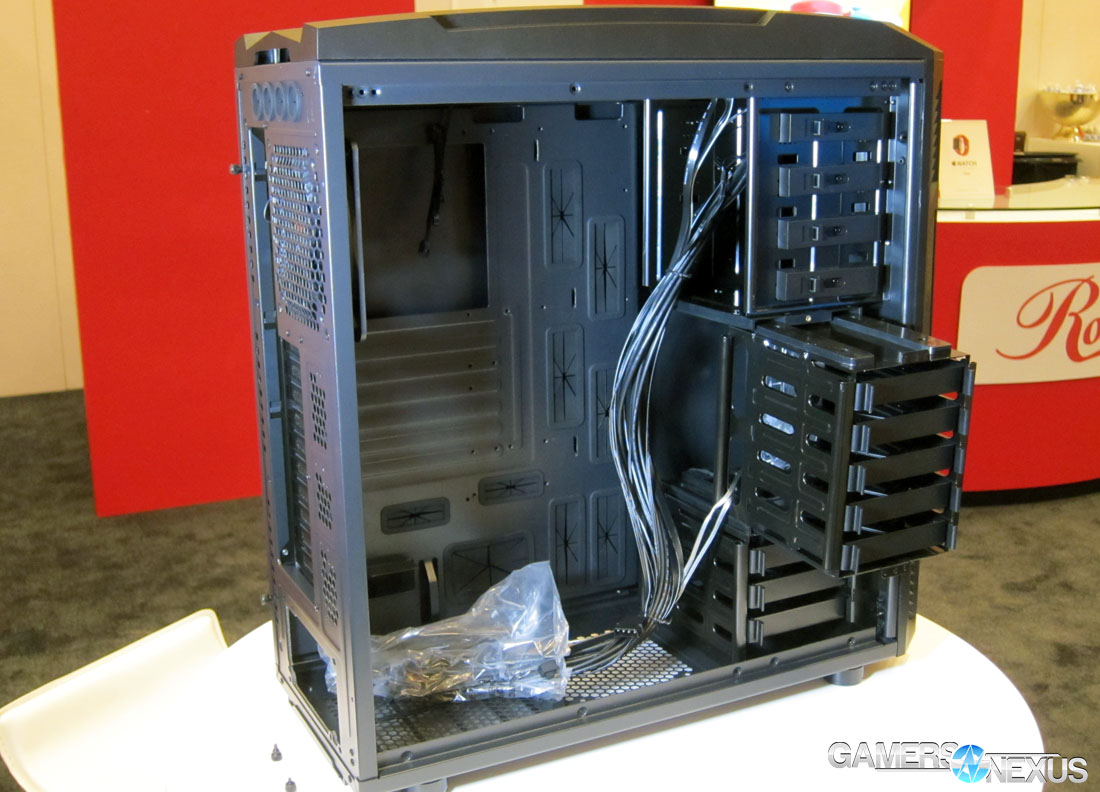 For dust management, the Gungnir uses the standard, bottom PSU filter and the increasingly trendy magnetic top dust filter. Going back to the front-side, there are 2 x 5.25" optical drive bays which are directly accessible from the front of the case. Cooling consists of two non-LED 120mm fans in the front and a 140mm red LED fan in the rear. 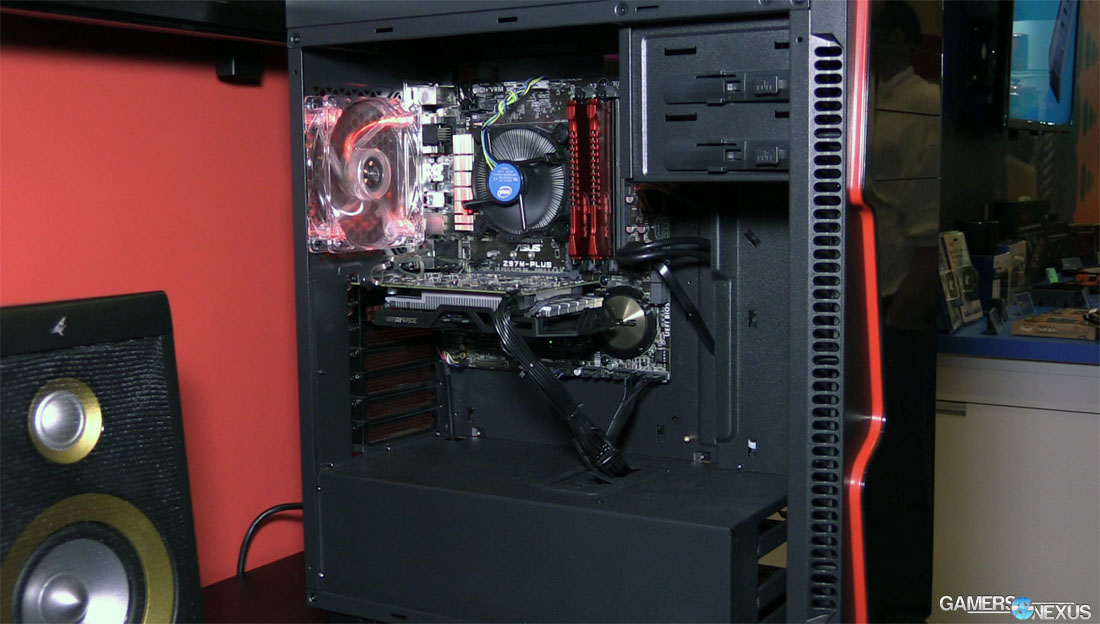 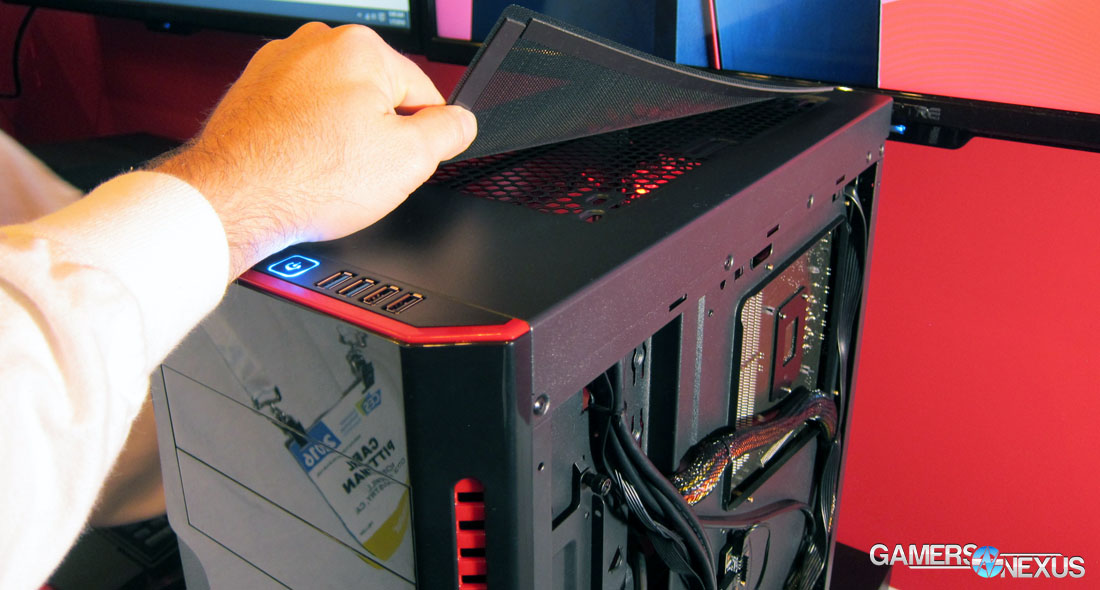 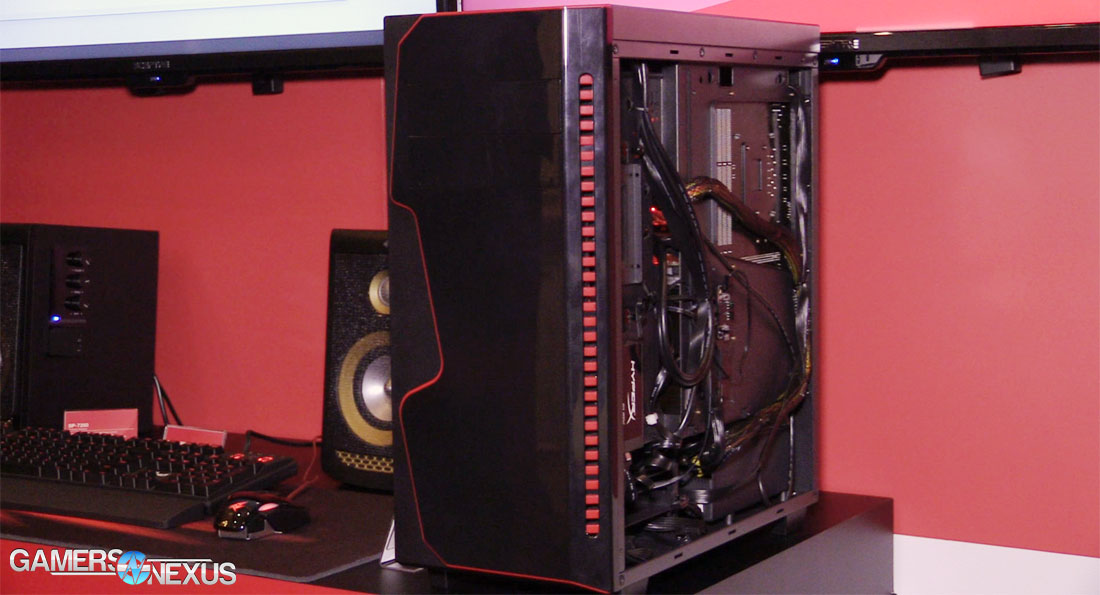 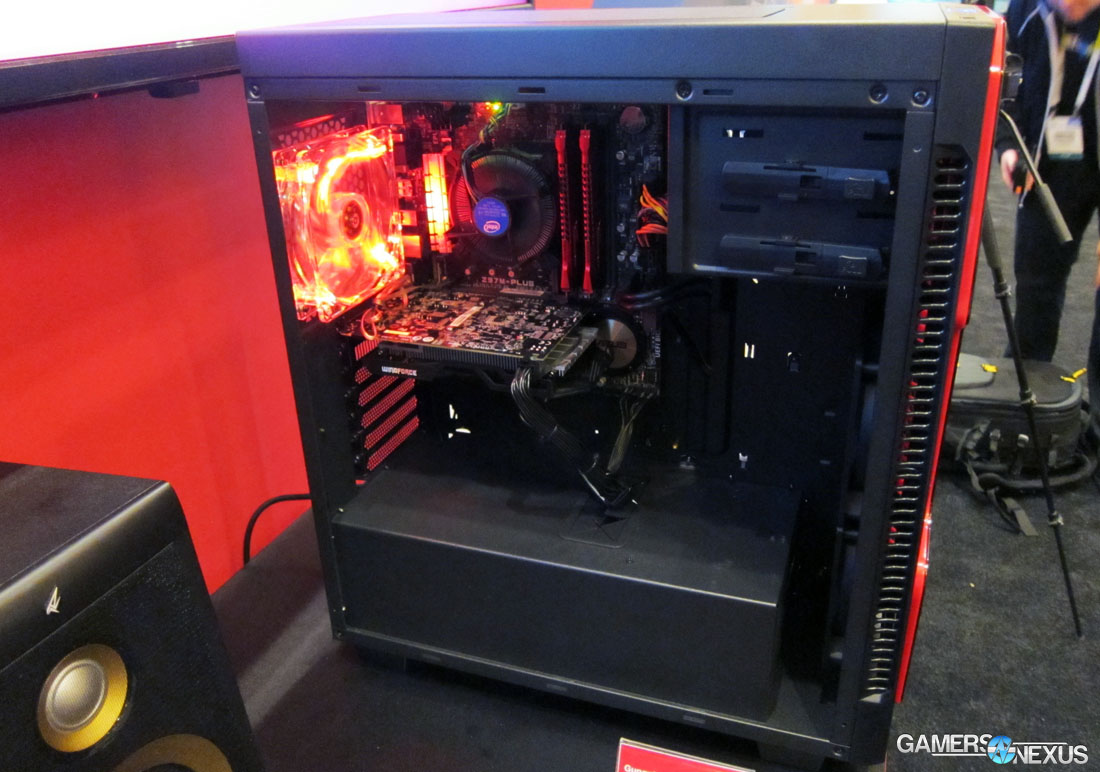 The first of the minor updates comes to the high-current Hercules 1600W PSU. The power supply's internal components were reworked, allowing it to upgrade its 80 Plus rating from Bronze to Silver. The other minor update is the introduction of a new line of cooling fans called the Seal series. There are two 120mm models (a standard 25mm thick and a slim 15mm thick) and a 140mm model.

Check back soon for more information on the Gungnir. GamersNexus will be testing it in the lab and providing a detailed analysis as soon as the case is available.