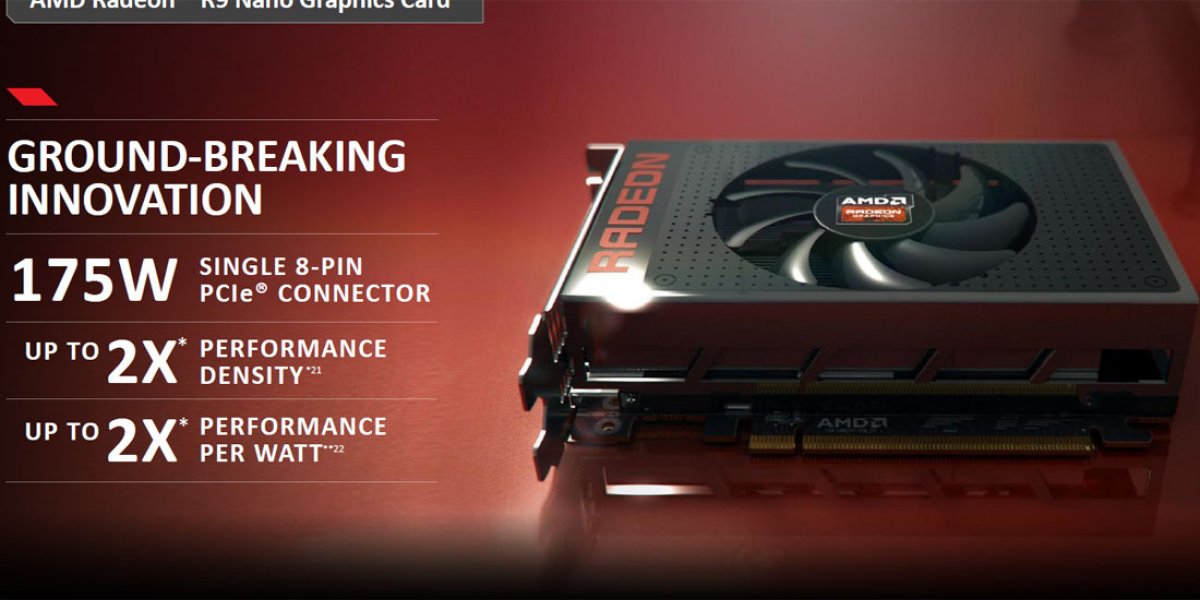 Following its Polaris GPU architecture announcement and ensuing Polaris demo at CES, AMD today announced a reduction in price for its R9 Nano video card. The card, which launched in September 2015, is now carrying a Suggested Etail Price (SEP) of $500, a significant drop from its $650 launch price (the same as the Fury X).

It normally takes a few days for SEP reductions to set-in at Amazon and Newegg, but the two major retailers should soon reflect this change.

The R9 Nano is part of AMD's Fiji architecture cluster, including the Fury and Fury X cards. The peak power of the R9 Nano rests at around 175W, with AMD's major selling-point being its 6-inch form factor. This, AMD suggests, makes the R9 Nano a significantly more viable SFF solution for gaming HTPCs and Steam Machines.

The R9 Nano uses the same HBM version 1 memory as the Fury X, a Fiji GPU, and support VR HMDs.