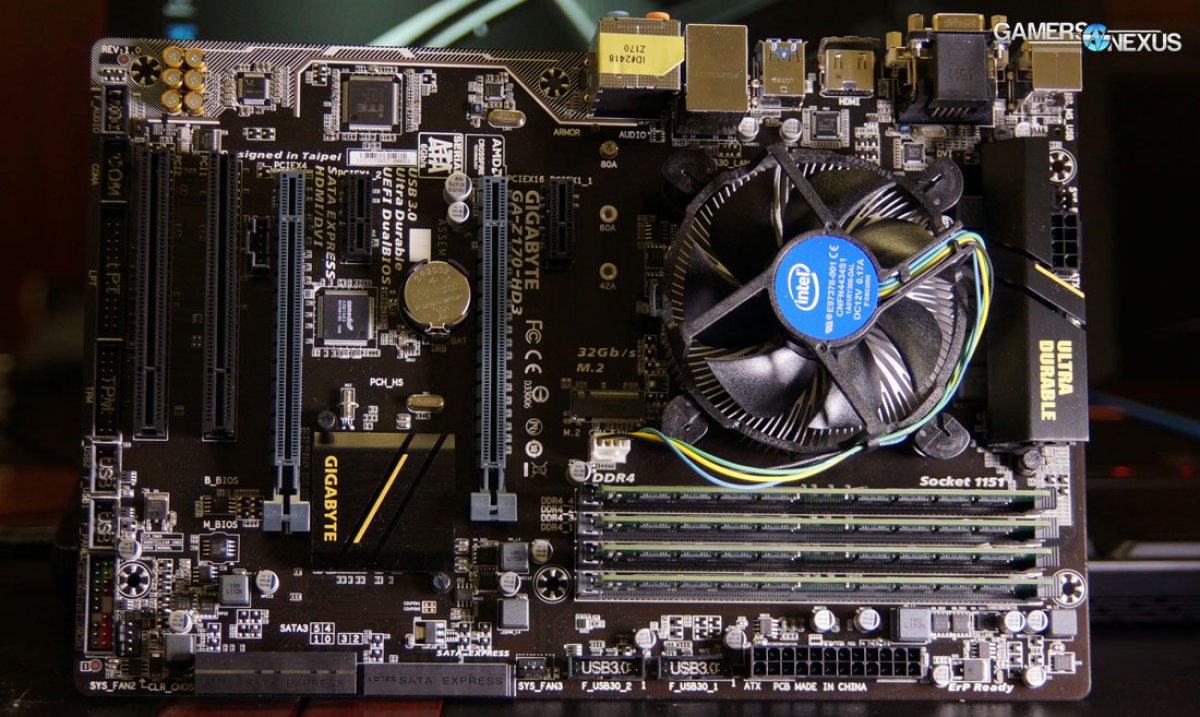 A short-lived effort by ASRock allowed overclocking of non-K SKU Intel Skylake CPUs, including the i3 and i5 chips. This unlocked multiplier overclocking is meant to be limited to K-SKU CPUs, like the 6600K and 6700K, and could be performed on non-K chips by using a firmware update on certain motherboards.

ASRock explicitly removed its SKY OC feature from BIOS in a recent patch, and it looks as if it may be thanks to pressure from Intel. ASRock isn't the only motherboard maker supporting non-K overclocking – ASUS, Gigabyte, and MSI also offer Skylake overclocking, but it appears that the Big Three still have the feature available. Get it while it's hot, I suppose.

Epic Games made big news this week with its VR Editor for Unreal Engine 4, allowing game developers to build their games in virtual reality.

It all looks a bit silly in the footage, where we see Epic Games CEO Tim Sweeney and Technical Director Mike Fricker flailing around to demonstrate the VR building experience – but to be fair, everyone looks silly in VR. The difference between what Epic's showing and what everyone else has done is critical, as Epic Games allows a full six degrees of freedom for interface management using VR controllers, object placement, transforms, and rotation, and full immersion within the VR environment. The tool appears most useful for development of VR games, as it would allow more accurate representations of the user experience.

The Unreal VR Editor should be further demonstrated at March's GDC 2016. We'll be in attendance for that.

AMD hasn't reasonably overhauled its FX processors in a number of years, but that's not stopping the company from refreshing the stock cooler for an aged chip.

We just reviewed AMD's new Wraith cooler this week, showing that its cooling-to-noise ratio has improved substantially over the old stock cooler. The new Wraith is available on the FX-8370 and doesn't impact the unit's price – a firm $210 – but the 8370s with old coolers can be bought for $10 less. If you're not going with aftermarket, and if you must get an 8370, the new cooler is substantially better. Check our review for complete information on the value.

Japan-based Sony just broke news that it's planning on venturing into the consumer SSD marketplace with a new solid-state drive. The latest Sony product is called the SLW-M series, available in capacities up to 480GB.

The SSD is advertised to be using the Phison S10 controller, which has grown in popularity as SandForce has lost market presence. The SLW-M SSDs are advertised by Sony as running at 560MB/s sequential read and 530MB/s sequential write; 4K speeds, which are more interesting to gamers, are not yet known. Pricing and further information will be revealed at a later date.

This week was also covered in our other videos. We put out a ton of high-quality, detailed content this week, and that includes our review of Corsair's 400C, the iBUYPOWER Revolt 2, and AMD Wraith cooler.

We'd recommend checking out the 400C content in particular, which features several case fan optimization tips and benchmarks. The Corsair 400C is a $90 competitor in the same space as the NZXT S340 and Phanteks P400, keeping its focus on cooling efficiency and high build-quality. Check out all of that content on the channel for more information.

ASUS this week unveiled what is potentially one of its most hideous creations to-date – though the company's wireless gaming router [show photo of RT-A AC5300] might rival the new Horus GK2000 keyboard in extruded polygons.

Although it looks like plastic from the photos, the new Horus keyboard actually uses a CNC'd, 3mm thick aluminum casing for the top of the keyboard. The board also sports a massive wrist rest that, if used, would take up nearly the entirety of any normal human's desk space. It's running Cherry MX Red switches, red LEDs with individual key lighting, and borrows some ideas from Corsair with a brushed metal faceplate. Unfortunately, it's covered by the winged atrocity at the top and massive wrist rest at the bottom. We don't yet know the price or launch date of the keyboard, but there's still hope that the latter is “never.”

That's it for this week's hardware news recap! Check the channel for some new gaming news, subscribe, and hit that Patreon link if you like our coverage. I'll see you all next time!