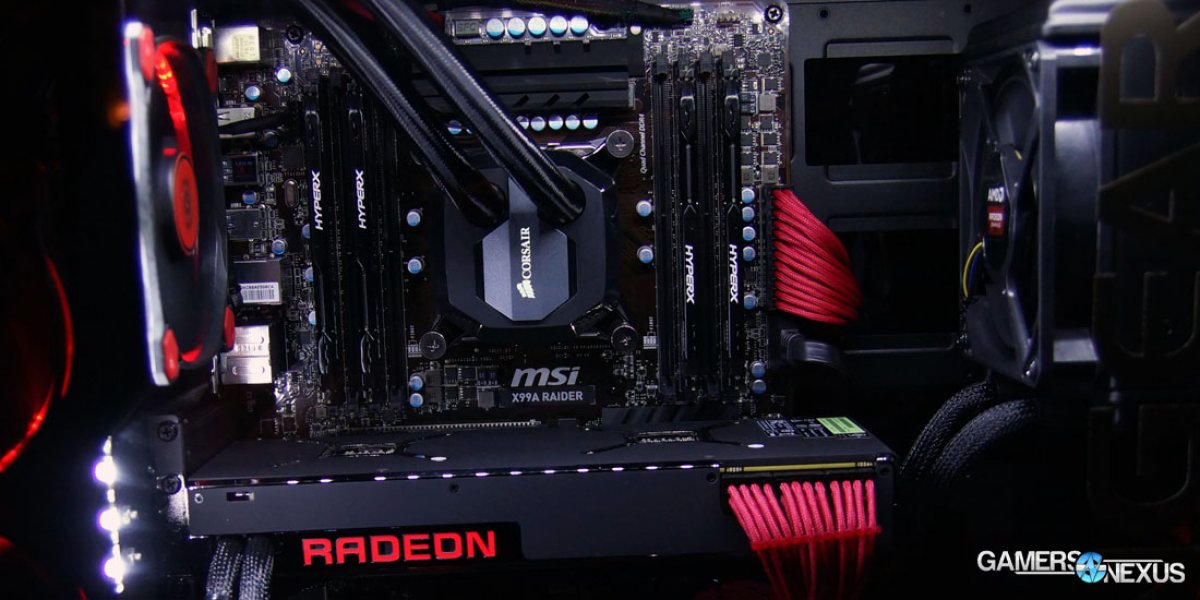 Video card drivers are almost as important as the hardware with which they interface; without stable and ongoing driver support, a GPU can't be fully utilized to a level that exercises its strengths in the field. AMD has long battled to improve perception of its drivers – a fight we endorsed upon the release of Catalyst successor Radeon Settings – and has continued that battle at GDC 2016.

“For a long time, people keep saying, 'well, AMD has great hardware – what about our drivers?'” AMD Corporate VP Roy Taylor told us in an interview, “I don't want to hear that anymore, all right?” The response was given in our interview following AMD's Capsaicin event, which featured industry luminaries in game development and VR.

We had asked the AMD VP if there were any particular topics he'd like to address for viewers: “Yeah, you know – drivers!” The topic sprang forth instantly. And, to Taylor's credit, the reasoning is valid. On this very site, we've shown a clear progression of AMD's drivers over the past few years – and the beginning wasn't good. Our R9 380 & R9 390 initial review stated that “the drivers have exhibited a number of blocking failures that diminish the quality of gameplay or obstruct it entirely.” In the 380X review, about a year later, we stated that “we encountered zero visible issues (flickering, black screens, crashes) attributable to AMD's drivers or software. This is huge, as that's the first time I've written those words in a recent AMD GPU review.”

And Taylor wants to make sure everyone knows about the company's dedicated driver support:

"For a long time, people keep saying, 'well AMD has great hardware, what about our drivers?' I don't want to hear that anymore, all right? Look, we have world-class drivers. Fantastic drivers. Drivers that power the Mac. Drivers that power industrial applications. We have really, really good drivers. And ours were the ones that tried to burn people's machines down recently. So we have great drivers today, and I'm proud of our driver team. And if you think this new AMD is cool, you ain't seen nothin' comin'.”

Prior to this, when discussing AMD's DirectX 12 performance (and new partnership with Creative Assembly), Taylor made a subtle jab at competitor nVidia. In current benchmarks of Dx12-enabled games, AMD is leading nVidia where the opposite is often true for Dx11 performance; nVidia has invested substantial time optimizing DirectX 11, and the GeForce maker emphasizes that the “day is young” for Dx12.

AMD's Roy Taylor, on the other hand, had this to say about the company's claimed advantages with its Asynchronous Compute Engines:

“As those [tasks] queue up, you end up with a traffic jam – just to keep it simple. If you could effectively put a traffic cop onto the chip, you could find a way to do different things at the same time and without collision. That's asynchronous compute. We have real gates on our hardware. This is not something you can fix with drivers.”

Taylor's talking about the asynchronous queuing that occurs when DirectX 12 (or Vulkan) and AMD's ACEs work in conjunction. The approach to task management is similar in some ways to modern website loading: By allowing commands to execute or process independently of one another, wherever “blockers” are not present, the GPU is able to ensure longer or slower tasks do not ensnare the entire pipeline. AMD's approach to architecture is somewhat unique for its headstrong dedication to this particular type of task management – and, although the day may be young, it's certainly paying off in initial benchmarks. We will further validate performance independently as products mature from all vendors and developers. There are only a few Dx12 games out right now, which are hardly indicative of all future performance expectations. More to come.

Speaking to other topics of the day, Taylor filled us in on AMD's new Radeon Pro Duo video card (with 2x Fury chips with HBM) and VR initiatives. Find all that in between the DirectX discussion in the video above.