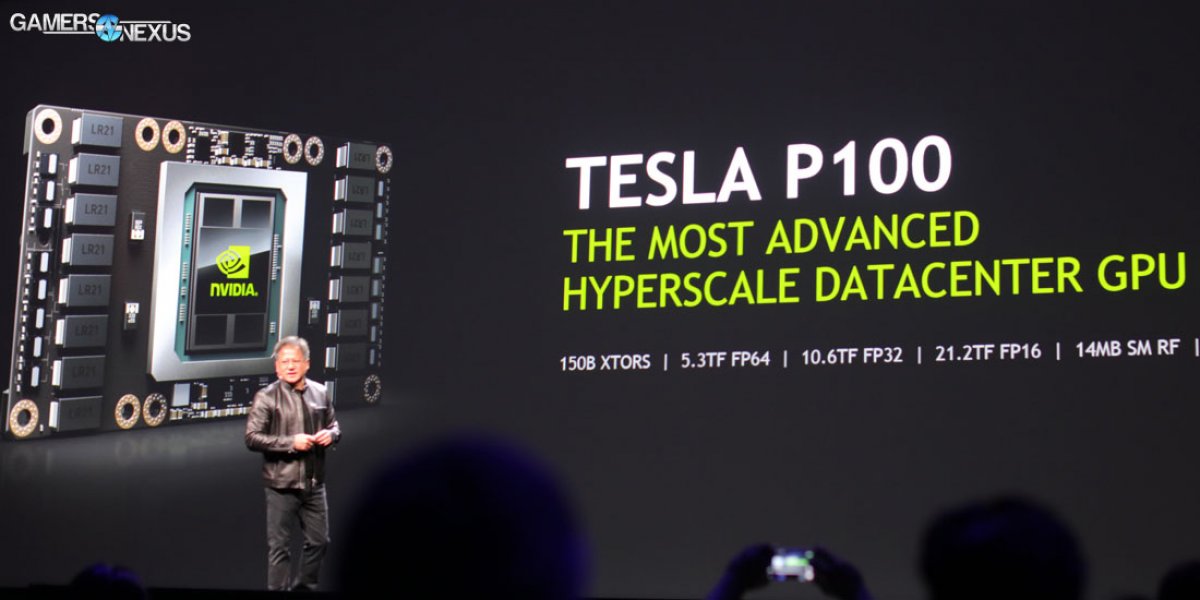 Pascal is the imminent GPU architecture from nVidia, poised to compete (briefly) with AMD's Polaris, which will later turn into AMD Vega and Navi. Pascal will shift nVidia onto the new memory technologies introduced on AMD's Fury X, but with the updated HBM2 architecture (High Bandwidth Memory architecture version 2); Intel is expected to debut HBM2 on its Xeon Phi HPC CPUs later this year. View previous GTC coverage of Mars 2030 here.

HBM2 operates on a 4096-bit memory bus with a maximum theoretical throughput of 1TB/s. HBM version 1, for reference, operated at 128GB/s per stack on a 1024-bit wide memory bus. On the Fury X – again, for reference – this calculated-out to approximately 512GB/s. HBM2 will double the theoretical memory bandwidth of HBM1.

Pascal in the P100 will ship to Cloud first, then OEMs. 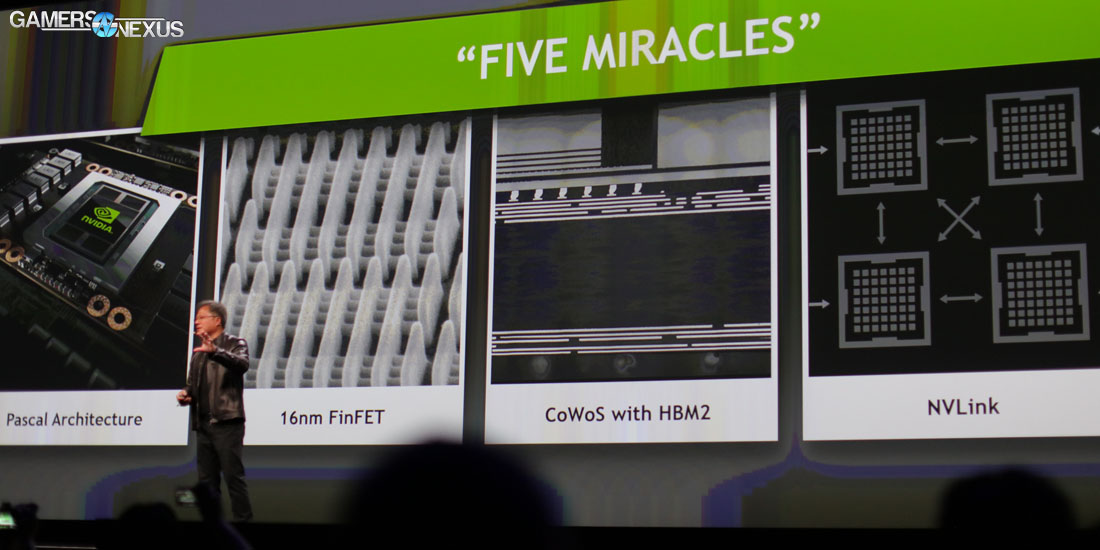 The Tesla P100 is not a consumer-class card, but has already entered volume production and will utilize the architecture that is expected to ship to consumer (GeForce) later this year.

NVidia indicated that, with thanks to Pascal, there's a 12x speed-up year-over-year for super computer processing on Pascal. NVidia's metrics scale the GPU count upward to 8 Pascal GPUs for processing deep learning data, capable of computing in 2 hours what 4 Maxwell GPUs processed in 25 hours.

More information on Pascal within the consumer market as it emerges.