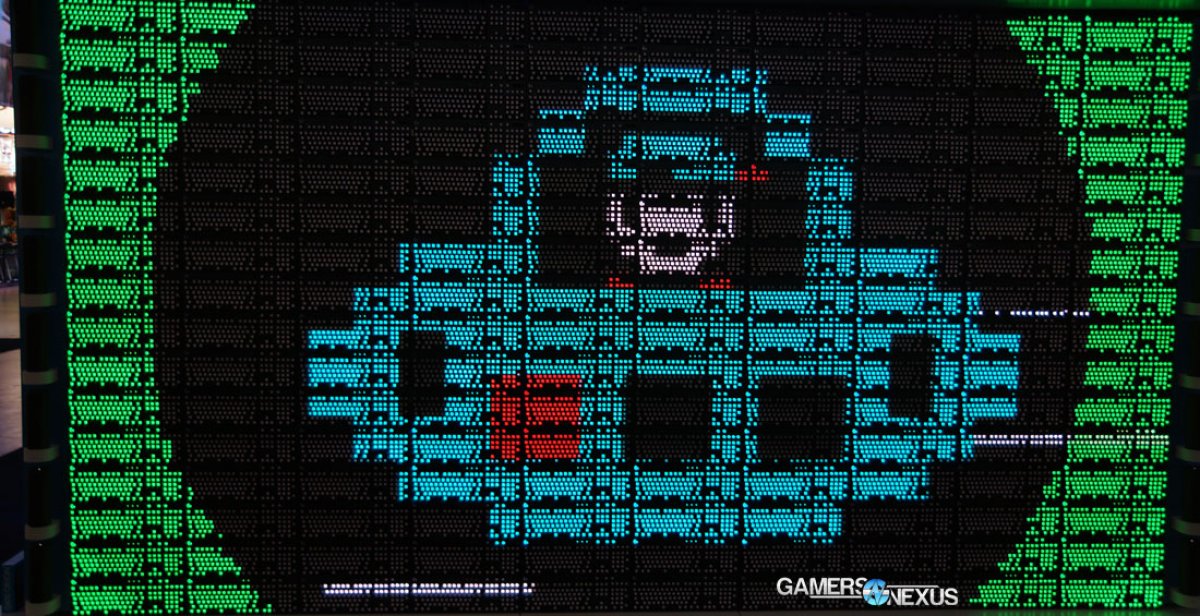 The wall was a six-month project concepted by Logitech's Ujesh Desai. Each keyboard is easily removed from its position on the wall – mounted on rails, effectively – and is location-mapped via USB to the controlling software. If a keyboard gets damaged during the show or shipping process, technicians can easily replace the keyboard and the software will automatically remap to the new device; the keyboards are not numbered in any particular way. 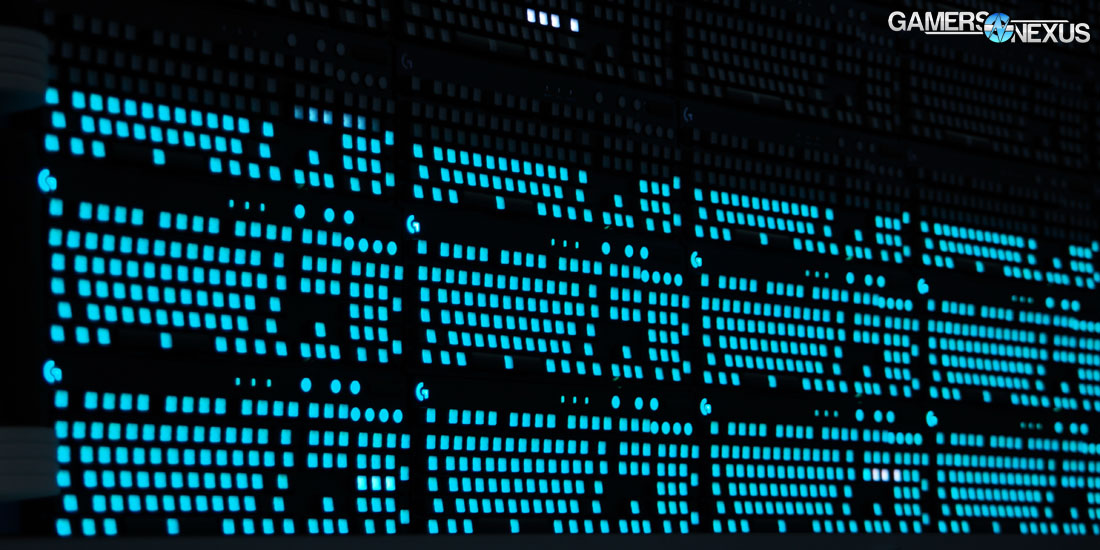 A total of 18,400 RGB LEDs are utilized in the 160-keyboard array, each masked with a diffuser keycap that was laser etched by Right Brain Electronics. Using keyboards as a monitor is, obviously, not an intended use case, and so the teams had to figure out how to resolve negative space presented naturally on the keyboards. All those areas surrounding the arrow keys and F-row keys are easily ignored during the demonstration by way of the diffuser keycaps, which help the brain fill-in the negative space.

It's not quite a product announcement – you won't be able to buy one of these things (probably) – but the wall is certainly an amusing piece of technology. Sometimes it's fun for functionally useless, but artistically unique show pieces; check out previous coverage of the In-Win H-Tower for more of that.