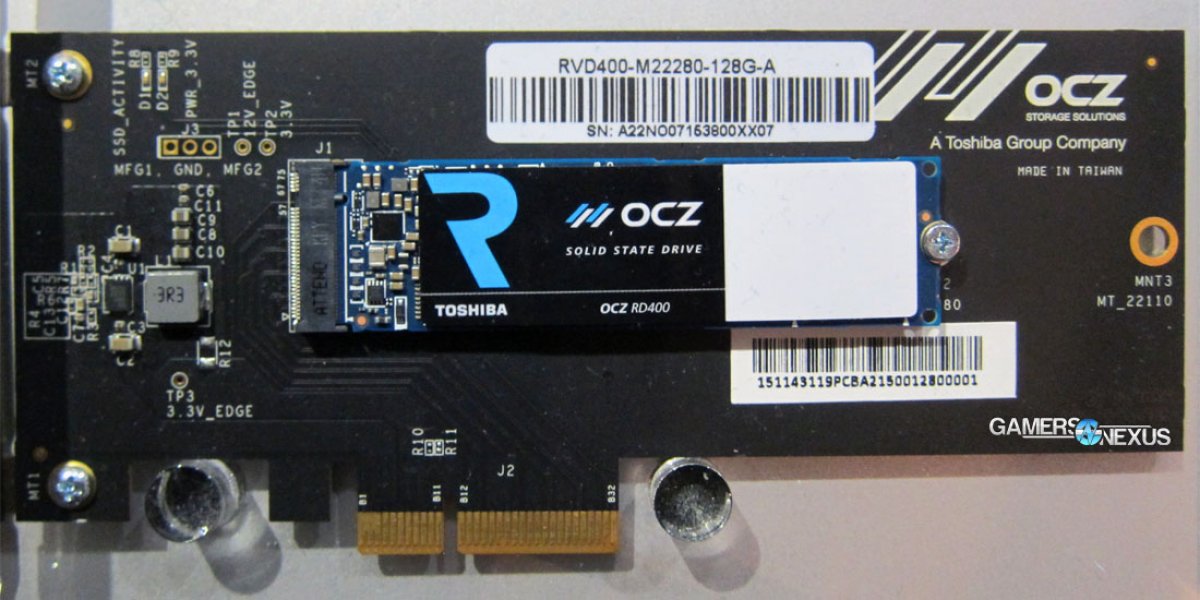 The PNY graphics card supplements their already-available GTX 960 XLR8 Elite OC 2GB card, which has a 15% overclock out of the box. The parts are likely to be identical with the exception of the color scheme and the output ports. The floor model was sporting the same color scheme as PNY’s recently released Anarchy memory and XLR8 SSD. The rep we spoke with said that PNY is trying to provide builders with an easy solution to create a coordinated design, and that they realized that many motherboards shared the same red-and-black scheme. 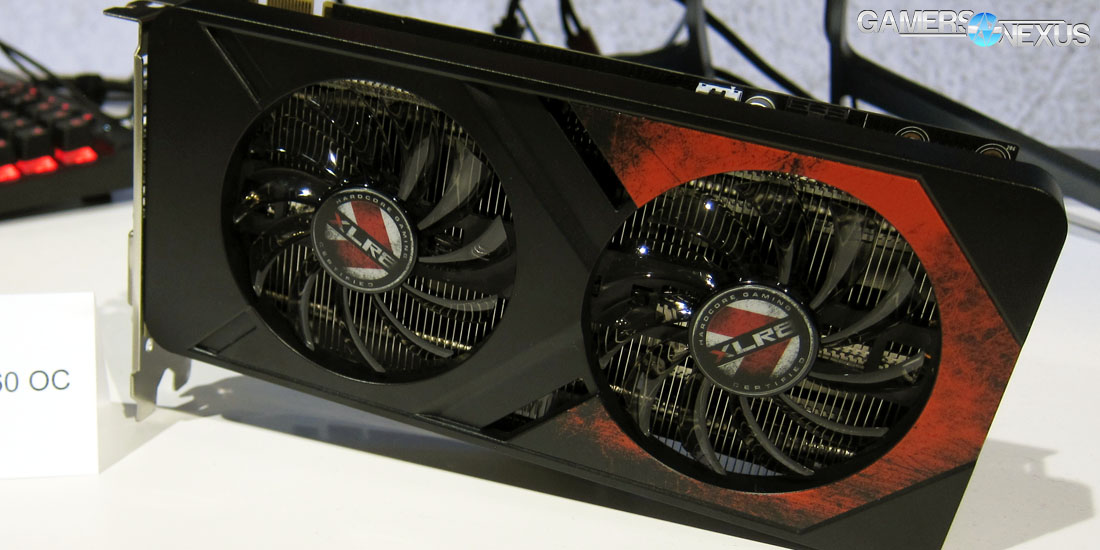 The output ports on the XRL8 Elite OC include 3xDisplayPort, 1xHDMI, and 1xDVI-I DL. On the new card, two of the DisplayPort ports were replaced by a single DVI-D DL connector. The only caution we’d offer on this product is that it only appears to have a 2GB version, and as we’ve already shown, extra memory can sometimes help out in gaming scenarios. 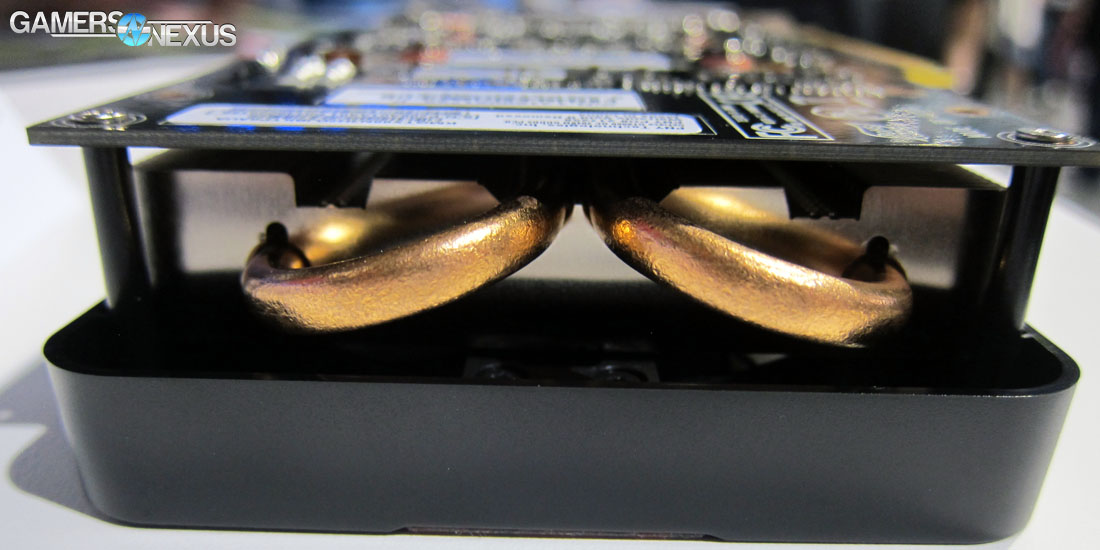 Regarding OCZ's upcoming offering, we were shown an NVMe drive setup that looks very familiar to the Kingston HyperX Predator, Samsung 850 Pro, and Plextor M8Pe. The drive itself is on an M.2 2280 PCB and will come in 128GB, 256GB, 512GB, and 1TB offerings. It uses 4x PCIe lanes and comes equipped with Toshiba 15nm MLC NAND. 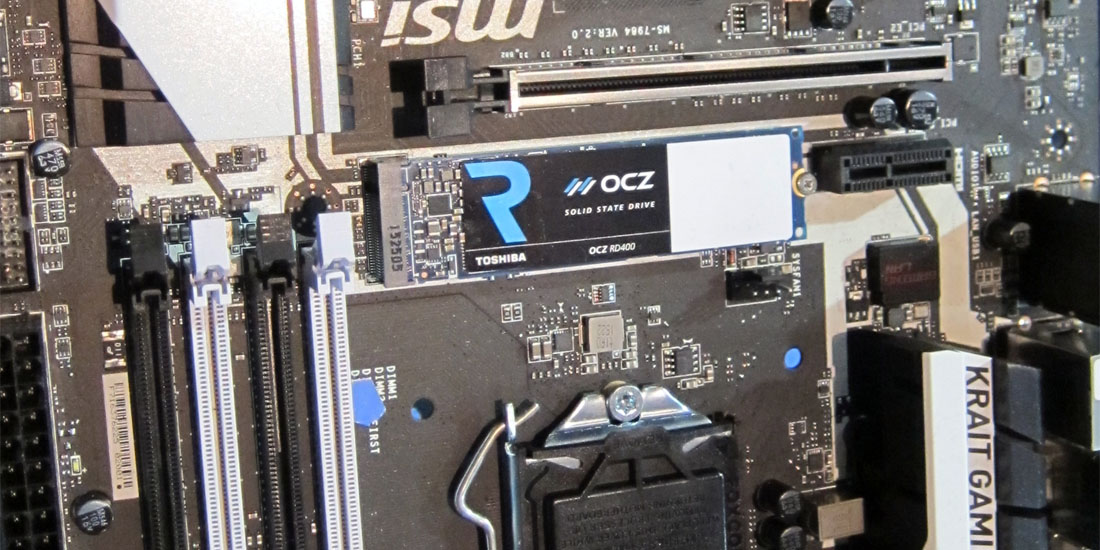 If the information on the company’s PAX flier proves to be accurate, then it may outperform the competition (the flier says “up to 2,650 MB/s”). This is welcomed news in an SSD market that can always use more strong competitors. It appears that the Toshiba acquisition of the OCZ drive team may continue to benefit the consumer.

Check back for our forthcoming SSD bench refresh.