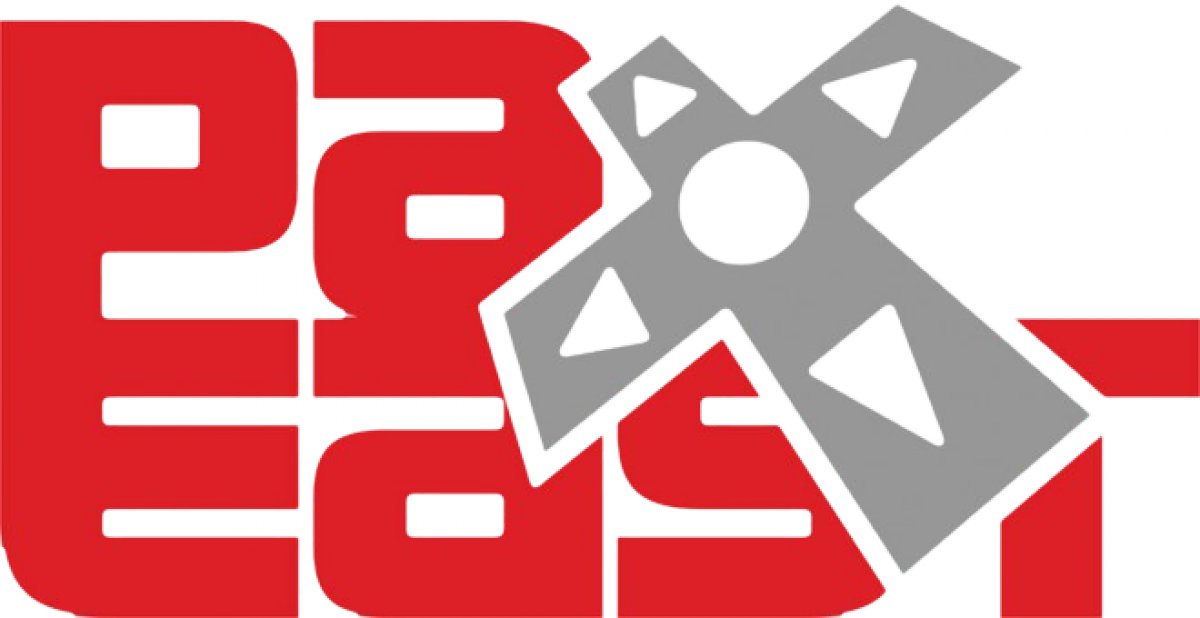 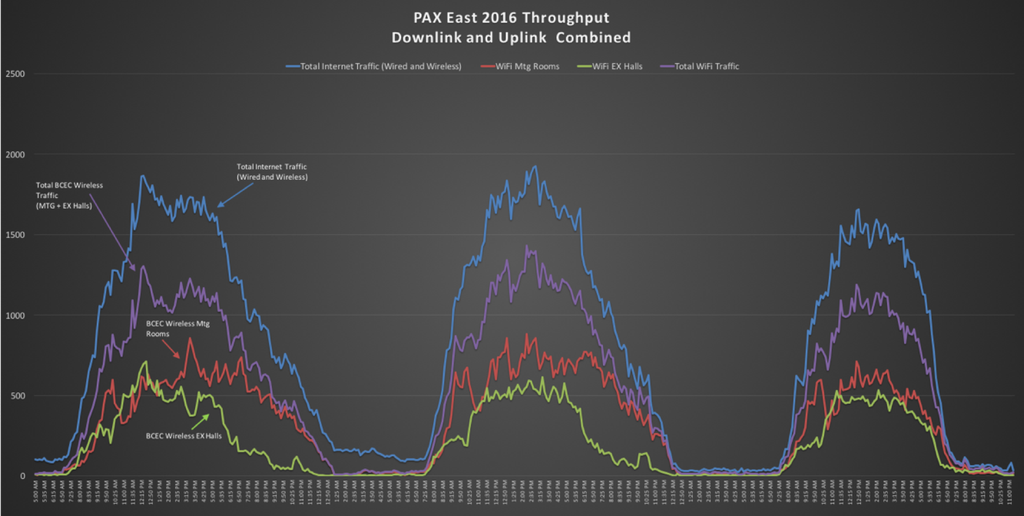 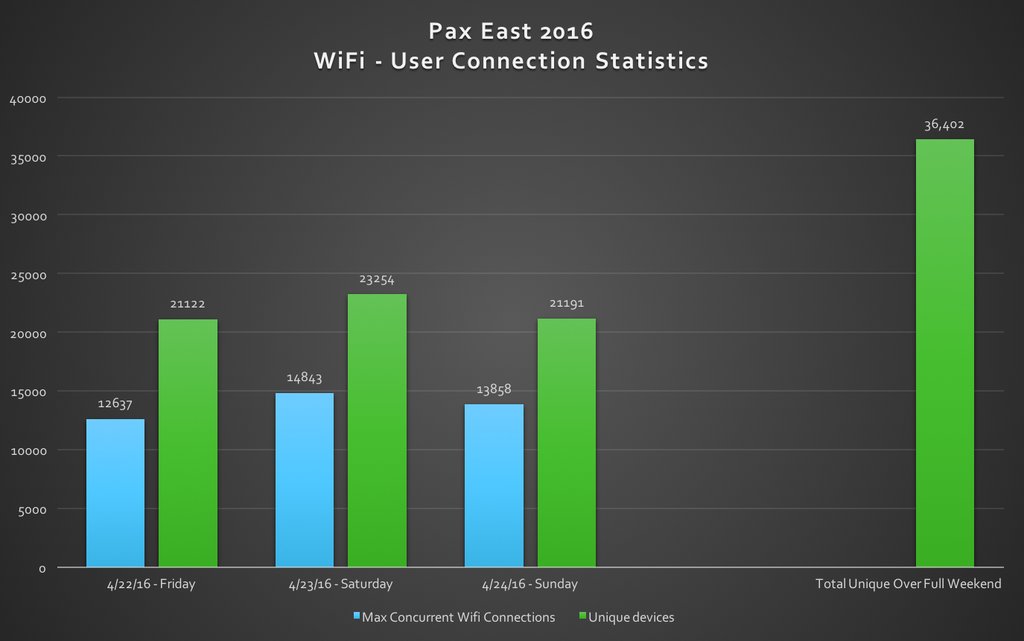 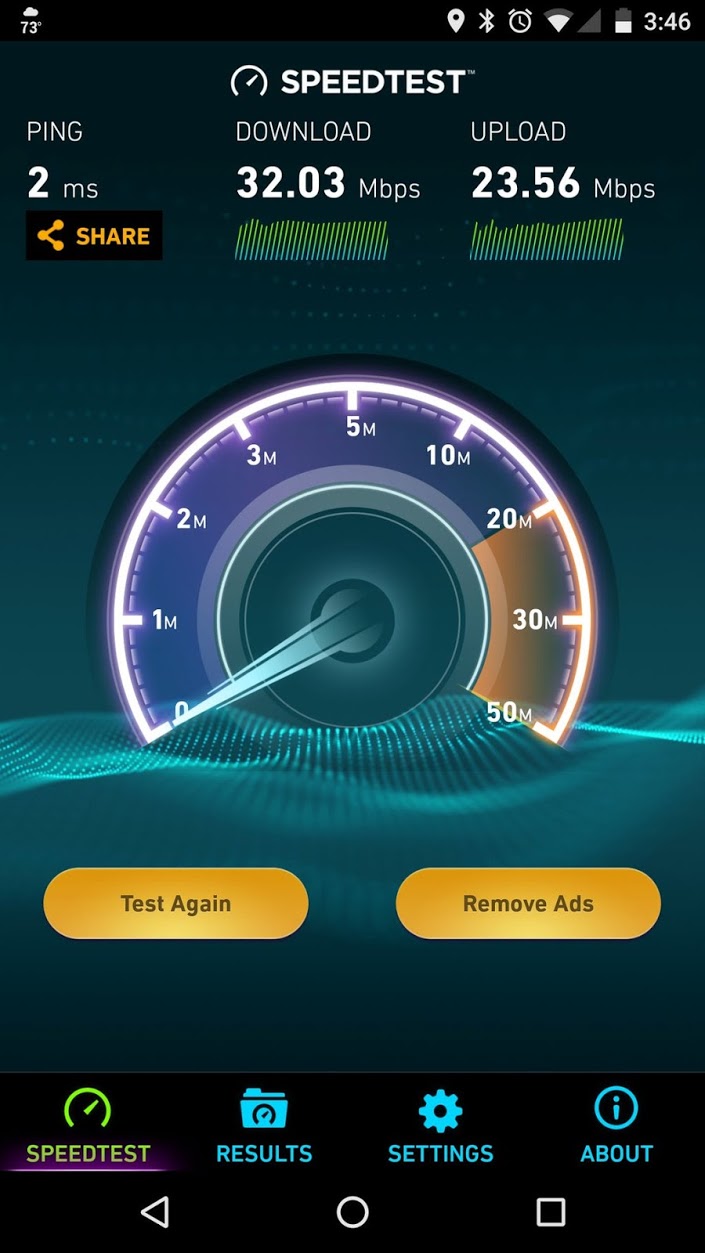 Total combined up/downlink utilization totaled 16.1TB of data at roughly 496.9Mb/s over three days. This bandwidth was consumed by a total of 36,402 unique users, a number which the Aruba project managers identified as “about a 50% take rate of all people attending PAX.”

Friday reached 12,000 peak concurrent users (simultaneous users at one second – an impressive number), Saturday hit 15,000 and set a record for the BCEC, and Sunday achieved 14,000 peak concurrent users. The Aruba WiFi group also indicated that 20-25% of total internet traffic was consumed by wired booths (Overwatch, Twitch, Intel streamers, so forth); the remaining ~75% of internet traffic was carried by WiFi.

A total of 518 access points were deployed throughout the building (specifically, models AP-224 and AP-225, which seem to run about $1000 each). Mike Binkowski of the project ran his own speed test from “the middle of the show floor” and achieved a 32.03Mbps downrate and 23.56Mbps uprate – better than the majority of America's home network speeds, despite being shared by thousands of concurrent users.

Just some interesting stats. Read the rest of our PAX coverage here.