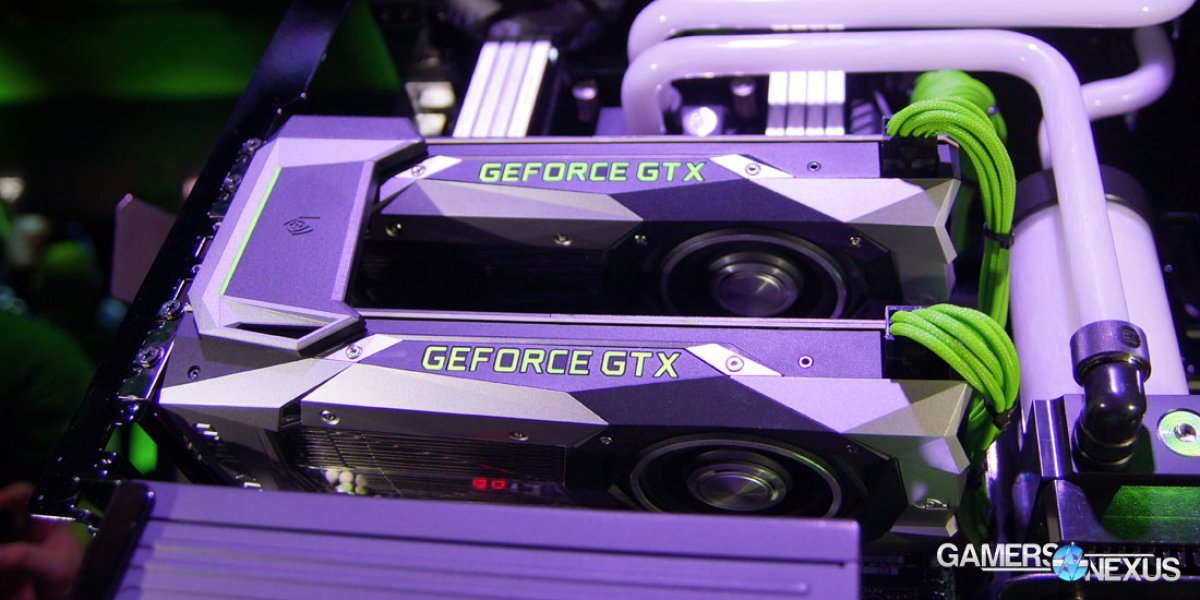 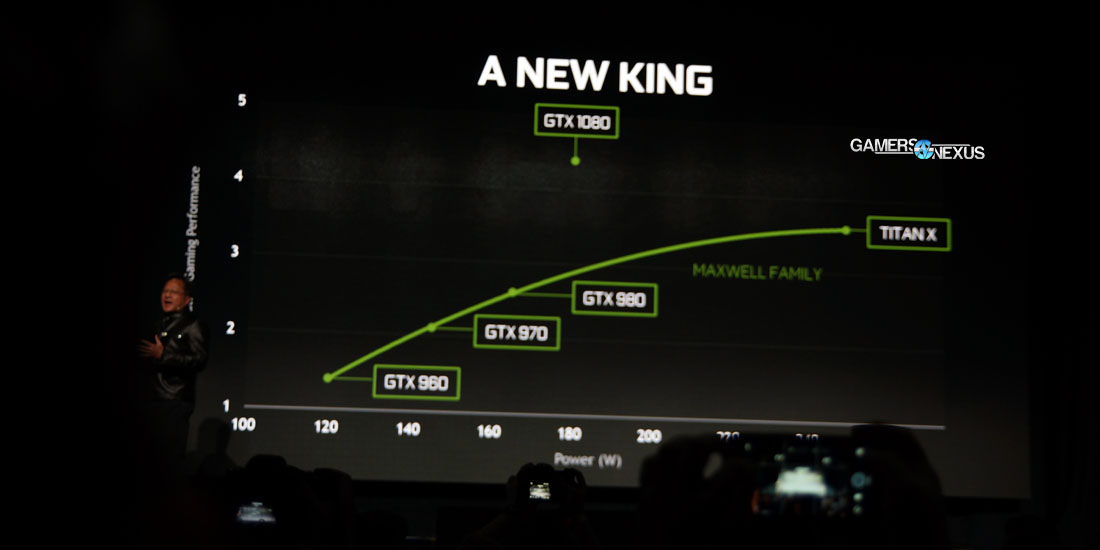 Huang started the event with an introduction to four key points for the presentation:

Huang introduced us to the work of Joshua Taylor, Leonardo Sang, James Pollock, and Duncan Harris, who have committed substantial personal effort to “in-game photography.” NVidia introduced its in-game photography system dubbed “Ansel,” permitting players to free-fly cameras within games, apply filters (vignettes, HDR, so forth), dump EXR to the framebuffer for SFX, and render “Super Rez” at 32x higher resolution than what is seen on the monitor.

The tool also allows for full 360-stereo screenshots, allowing for later panning and isolation of key points. Huang said, “imagine just one click – and that 'click' is no longer Prt Scrn.”

NVidia used The Witness as its demonstration title. Water prohibited movement in the demo, and so the team resorted to free-flight camera for positioning, resolution up-scaling for quality increments, and then took 360-surround “photos” for later observation in VR HMDs.

Paragon, No Man's Sky, Unreal Tournament, Law Breakers, The Division, and The Witness will all include in-game support of Ansel.

VRWorks Audio is a path-trace audio solution for virtual reality HMDs, tying into PhysX to calculate physically-based haptics and acoustic models based on geometric data. The Optix engine will perform real-time path-traced audio for audio processing, bypassing modern limitations of direct positional audio. Sound waves propagated through air interact with the environment; in this regard, stadia and hallways emit different echoic resonance and affect real-time perception of the atmosphere.

A new “nVidia VR Funhouse” presents a physically-based environment for demonstration of the new technology, among others. It's effectively an arcade-carnival hybrid with classic fairgrounds games for VR play.

All of these demos were revealed to be running on the GTX 1080 video card, with an R&D budget of several billion dollars. 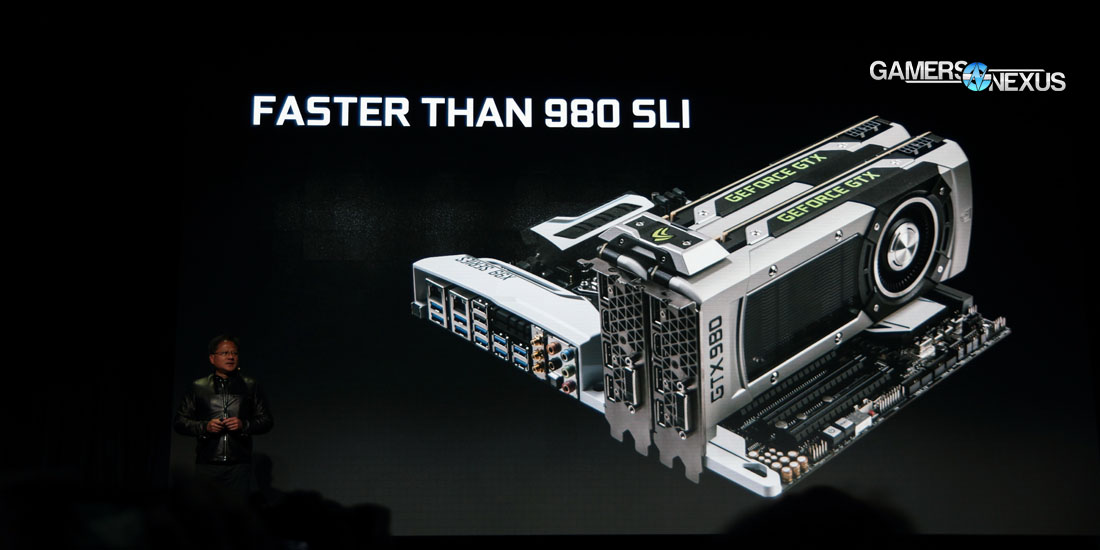 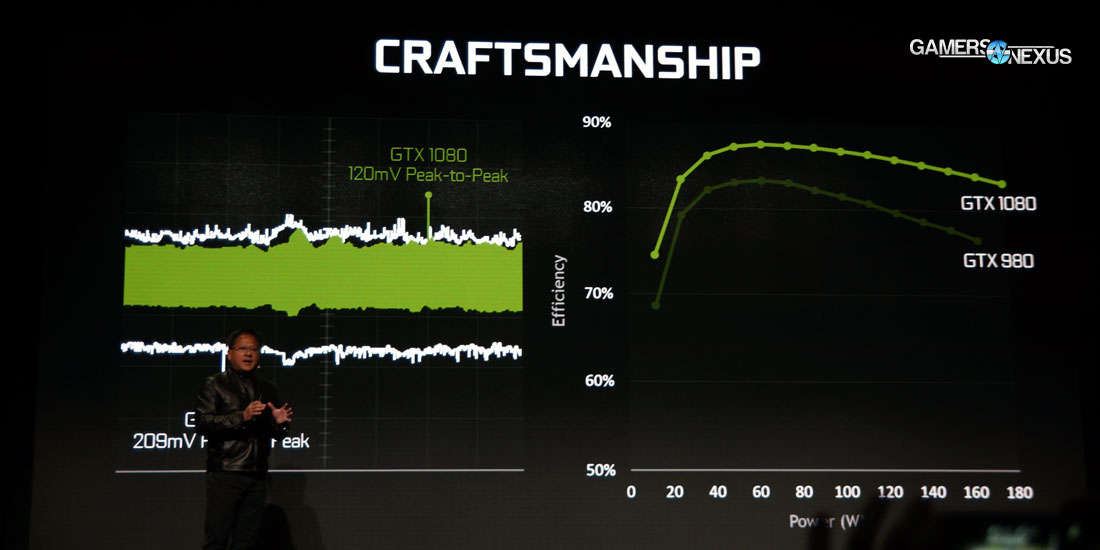 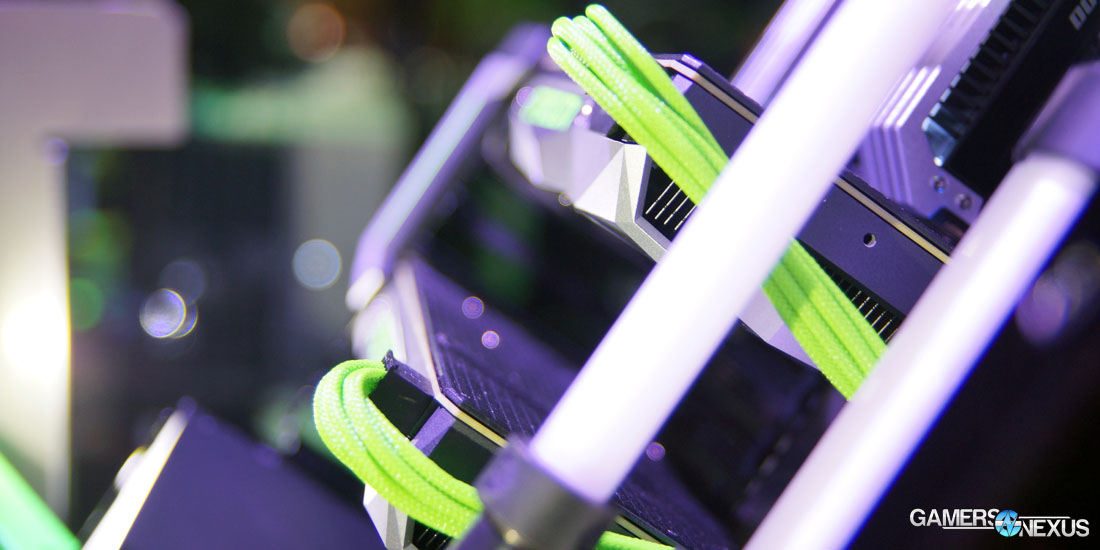 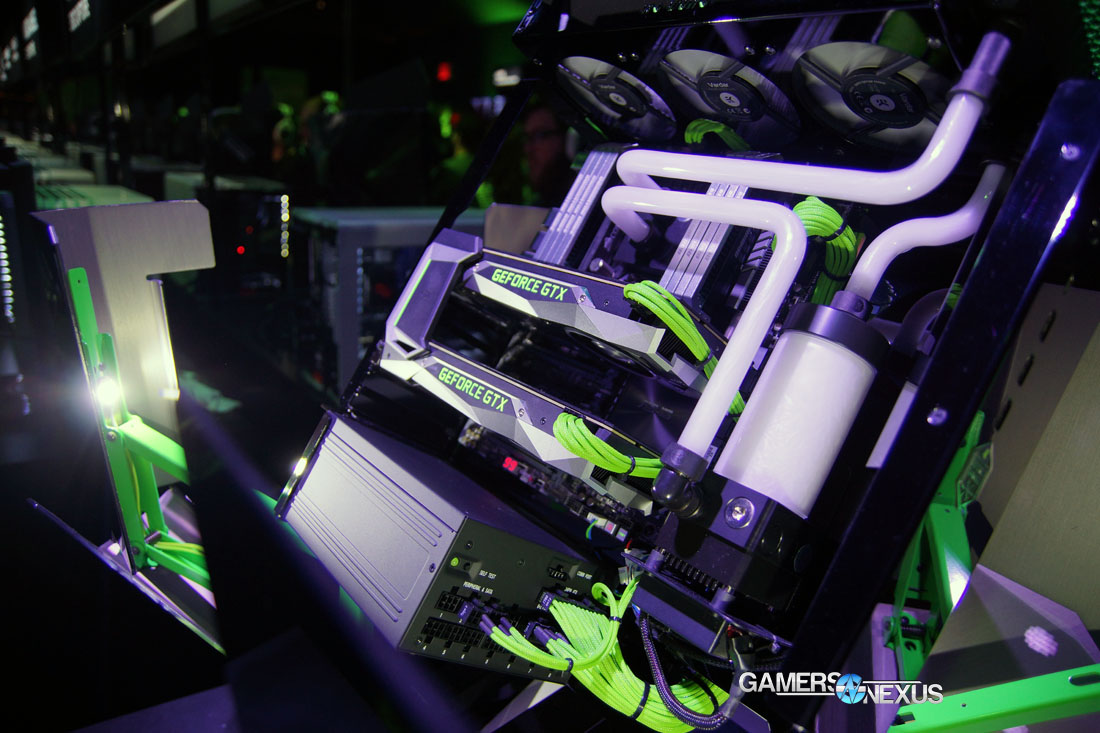 The GTX 1080 runs on nVidia's Pascal architecture, a point Huang emphasized with the introduction of G5X memory (built by Micron). Each memory signal is 100 pico seconds wide (the time it takes light to travel one inch), allowing a significant performance increase over Maxwell's GDDR5 limitations. “GDDR5X,” now called “G5X,” moves nVidia toward the new 13~14Gb/s memory platform and off of the 8Gb per die GDDR5 speeds.

The GTX 1080 posts a 180W TDP with an ~83% power efficiency after conversion to DC power. The GTX 1080 sees a 100mV power ripple – a major efficiency offering that promises stability overhaul to fluctuation clockrates of current-gen cards.

Update: New SLI bridge shown in BSMods case mod above. This is an official bridge.

Launch is June 10. Specs as below:

No other specs at this time.

This article will be update as we retrieve additional information over the next 30-60 minutes, including potential release dates and inevitable prices.

Update: Pascal is capable of performing a single-pass multi-projection computations for surround-view rendering without additional overhead.