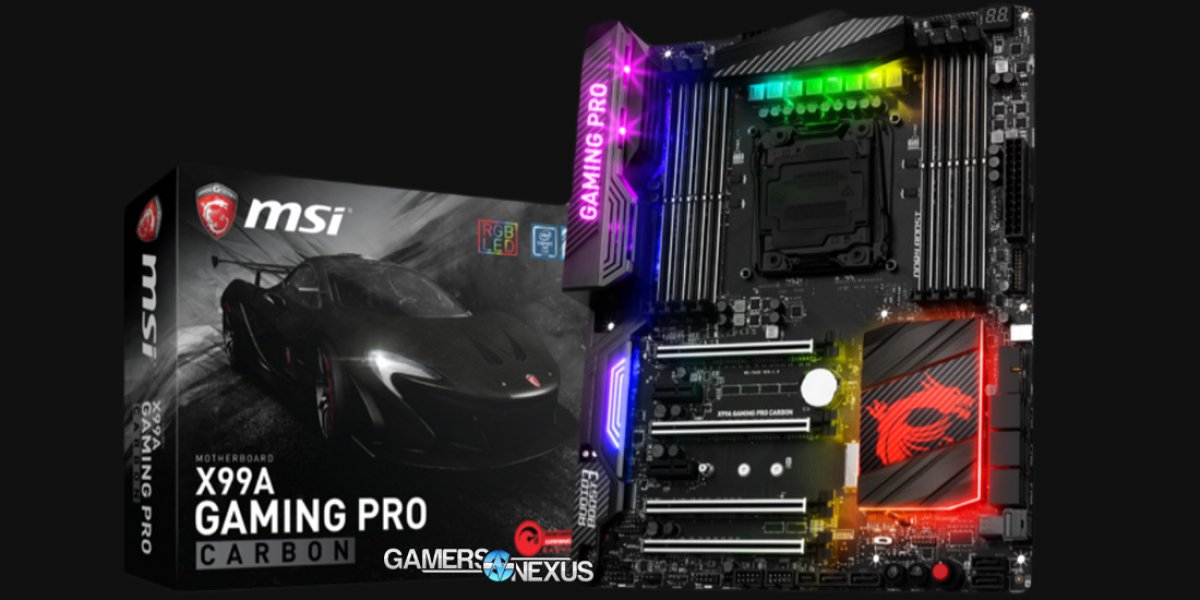 The visual refresh is the main selling point of the board, though a few hard features also exist – we'll get to those momentarily. MSI's “Mystic Lights” RGB LEDs are positioned around the chipset, under the IO shield, under the VRM heatsink, and within the audio chipset's steel shield.

In terms of hard features, the board is outfitted with the new-ish USB3.1 Type-C connector (capable of 10Gbps throughput), signified by the “A” naming suffix. Other HSIO improvements include the on-board “Turbo” M.2 port; Turbo M.2 enables throughput upwards of 32Gbps, though finding a device capable of saturating that throughput is effectively impossible.

A total of four PCI-e x16-length slots are present, with two additional PCI-e x4 slots. We are presently unsure of the electrical wiring to each x16 slot.

Buttons along the bottom of the motherboard offer instant overclock and power/reset functions, making troubleshooting and setup a little easier. Troubleshooting is further aided by an on-board debug LED with seven segment output. MSRP is $330 for the X99A Gaming Pro Carbon.