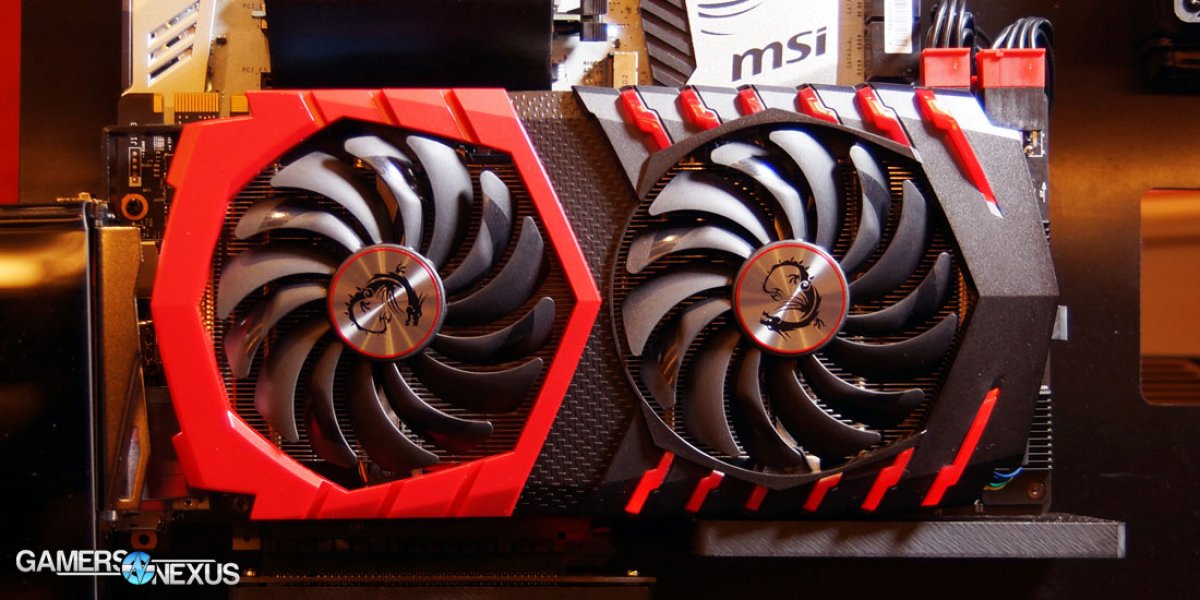 As many of our regular visitors know, our DIY GTX 1080 Hybrid project revealed that nVidia's GTX 1080 could yield additional clock-rate increases if accompanied by a custom VBIOS and more advanced power management. The Founders Edition of the card has a few points of capping with regard to overclocking: The first is thermal, which was resolved with our Hybrid solution, as sustained clock-rates become impossible when the GPU saturates its heatsink and hits 82C; a 100% VRM blower RPM will mitigate this issue, but that is unusable in a real-world environment. The second issue, once thermal is resolved (and it will be by these AIB partners), is voltage regulation. Not power – we weren't fully tapping the available power supply to the card – but voltage.

The stock GTX 1080 is limited by its 5+1-phase VRM in some ways, but is more limited by VBIOS restrictions that prohibit extreme overvoltage in order to protect the card. This makes sense in some regard – allowing the users full voltage control would result in an insurmountable wall of RMA'd bricks – but does feel a bit like a tease to enthusiast users.

The MSI GTX 1080 Twin Frozr VI flagship card, the Z-series, will host a 10+1 phase VRM – already a doubling of power phases – and uses a custom-cut PCB rather than the limited reference design on the Founders Edition. MSI's PCB is a 10-layer stack and is slightly larger than reference, mounting an additional 6-pin power header to the board. This provides, theoretically, another 75W of power to the GPU, which will add up to somewhere around 250-300W of available power draw. We've listed that as a range for one reason: The GTX 1080 reference card was hitting voltage limitations on its OC prior to power limitations, and MSI knew of the issue when confronted with the simple question – “Will that actually help?”

The answer is a firm “maybe.” MSI is still finalizing designs for the card, but it's currently slated to host a custom VBIOS and should have “slightly” more overvoltage headroom than the FE VBIOS. Even an extra few millivolts will grant additional overclocking potential, as that became the primary throttle point (after thermals) for the GP104-400 GPU. We are unsure of how much more mV of power can be provided through VBIOS at this time, but it will still be locked in part by nVidia recommendations for manufacturers. This is standard for both AMD and nVidia. 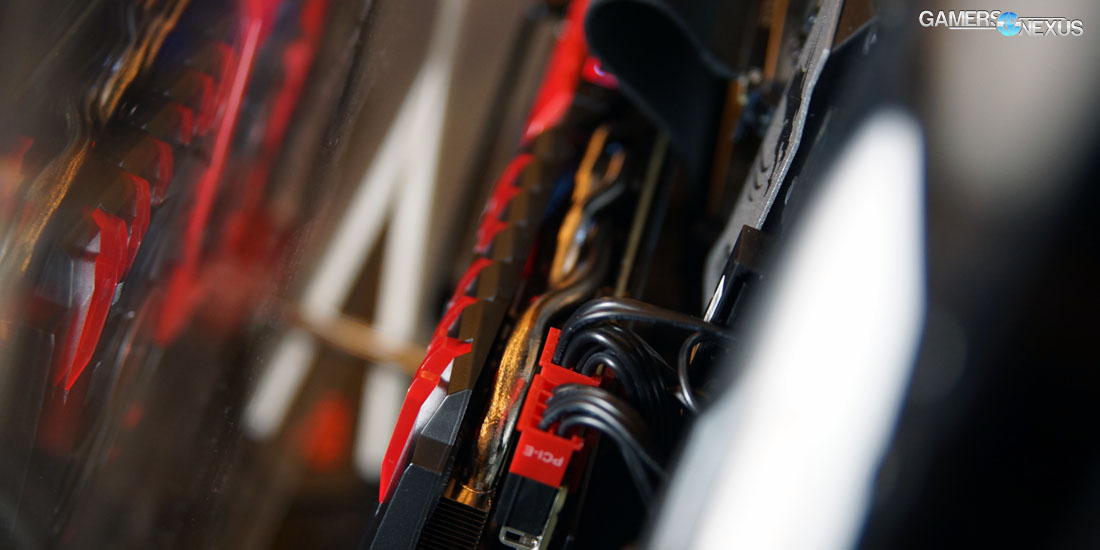 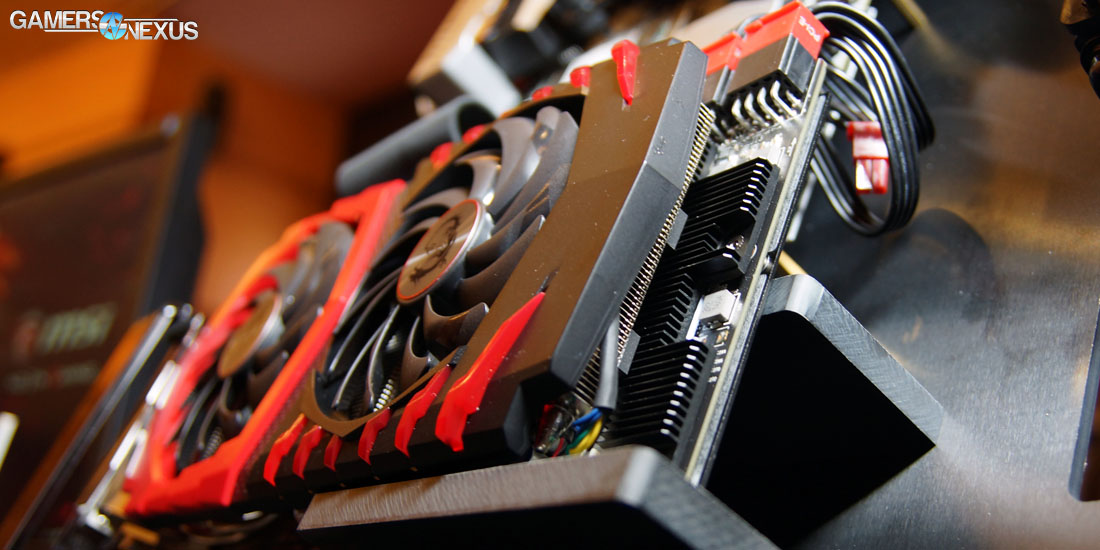 (Above: A separate heatsink mounted to the PWM.)

Other major points of difference stem from the cooling system which, first-and-foremost, mounts an alloy heatsink to the pulse-width module to help control OC/OV temperatures. The card's also got a standard aluminum heatsink for the heart of the GPU cooling, with a copper coldplate and 5 or 6 (unsure at this time) copper heatpipes. The heatpipes are 8mm thick and have moved to a square design – a interesting move, and one which coincides with what laptops are doing – as the round design doesn't grant as much surface area contact with the components.

MSI's baseplate for the Twin Frozr VI Z GTX 1080 is also custom, and uses an unspecific “Extreme Compound X” thermalpaste for improved contact over reference compound. We asked the W/mK rating, but were told that the exact rating would be kept internal. 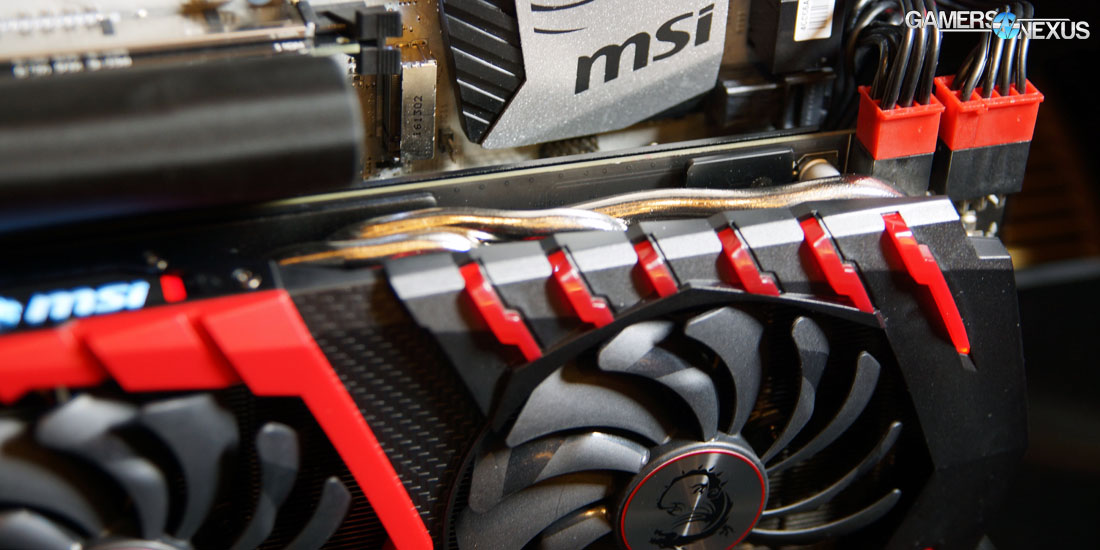 (Above: A closer look at the finish, fan blade design, and heatpipes.)

The fans, of course, drive much of the cooling performance. MSI has moved to its Torx 2.0 fan design for Twin Frozr VI, which uses two axial fans for GPU and VRM/VRAM cooling. The fans are equipped with double ball bearings and should offer a longevity which exceeds the usable life of the system. MSI alternates between fan blade designs on the two axial fans, using a dispersion design and a traditional blade design; in conjunction, these two work to slice through the air and then push it into the aluminum fins. The dispersion fan helps trap cool air and move it into the system.

As for the SeaHawk, we know it's equipped with a Corsair H55 CLC, but there may be alternative versions this year. We will post more as the information is disseminated. For now, it sounds much like the 980 Ti SeaHawk.