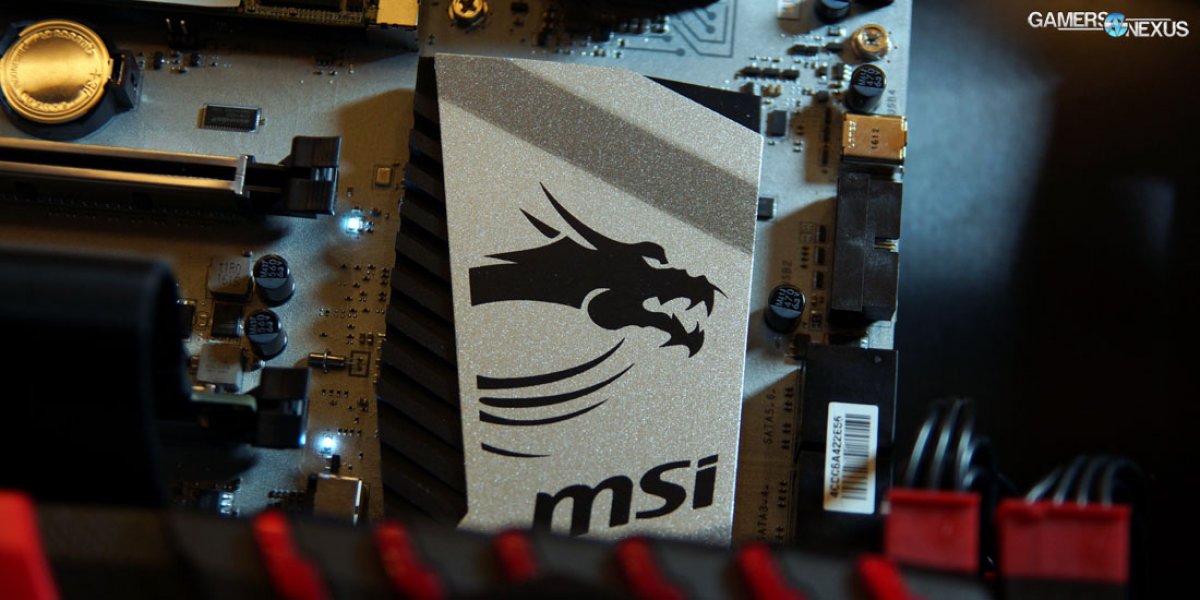 A new “One Click to VR” feature joins the existing automated board functions from MSI, like OC Genie, and offers acts as what is effectively a service manager to enable VR. We have not yet tested the feature, but we're told that it executes a basic CPU OC based upon “testing of the system” (CPU overclocks see benefit in VR games, as many are currently unoptimized), and that it also disables certain background services which are unneeded. One of those services is MSI's Zero Frozr on its video cards, if the user has an MSI card; Zero Frozr toggles the fans off when the GPU is below 60C, favoring noise, but is disabled (fans on) when in “VR mode.” This is because, as MSI's team told us, the user is likely unaware of the noise from the fans while immersed in VR. 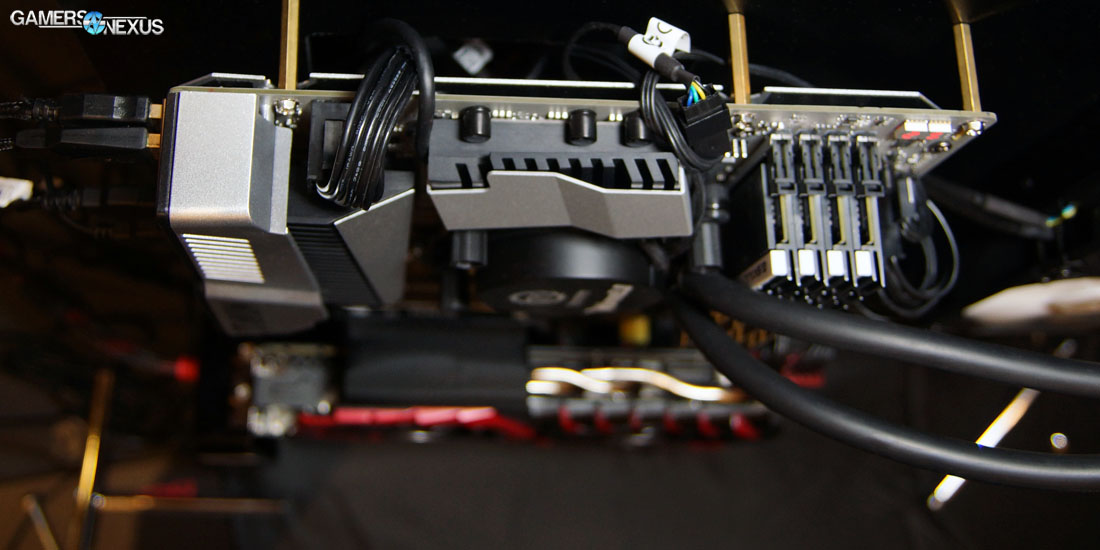 One Click to VR is different from OC Genie, which uses a mix of hardware checks/tests and a lookup table to determine the most suitable overclock for the hardware. OC Genie remains a physical switch on the board, while One Click to VR is a software-driven function.

The new X99A Titanium board uses an all silver design with a stark white PCB – a good look for the board – and highlights the PCH with a metallic finish. The board, as with most modern motherboards from all vendors, uses low-level UEFI functions to automatically configure key aspects of BIOS before the user gets in there. One of those is the SATA mode – if using SSDs, the motherboard will correctly prompt the user for RAID or SuperRAID, or will silently switch to AHCI mode or NVMe mode, when appropriate. 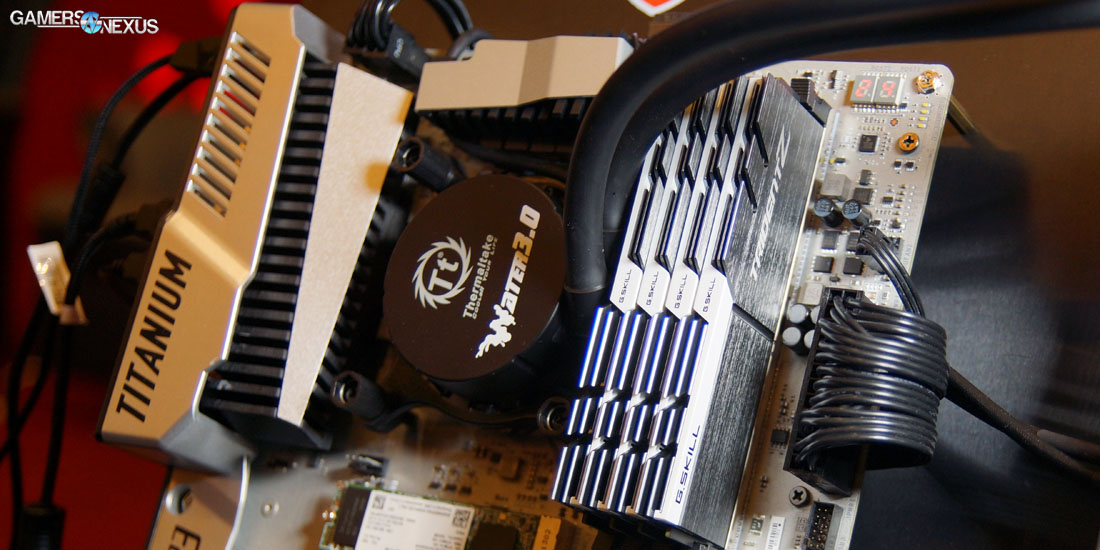 Most the boards have some level of the “Mystic Lights” RGB LEDs that MSI has expanded into, with the Gaming Pro Carbon slated to host more LEDs than its flanking budget-class and high-end class motherboards.

MSI will be moving to support Turbo U.2 with these boards, meaning that 2.5” SSDs can operate on the PCI-e interface rather than more limited SATA interface. Read more about that here.

Check back regularly for more Computex coverage. We're meeting with EVGA and Corsair today, along with others.