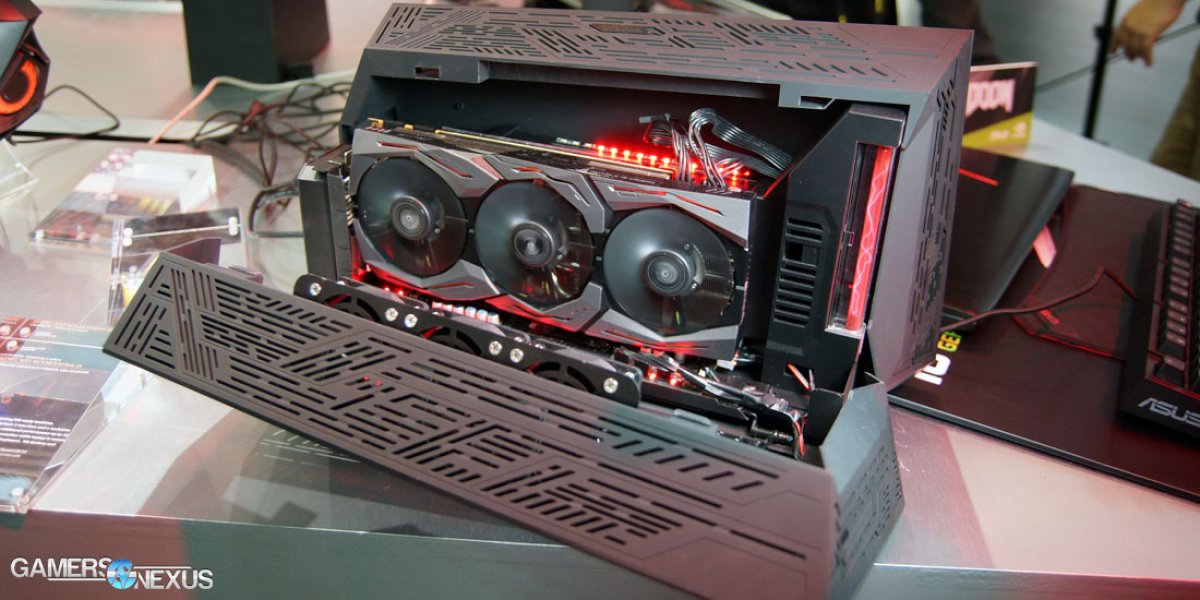 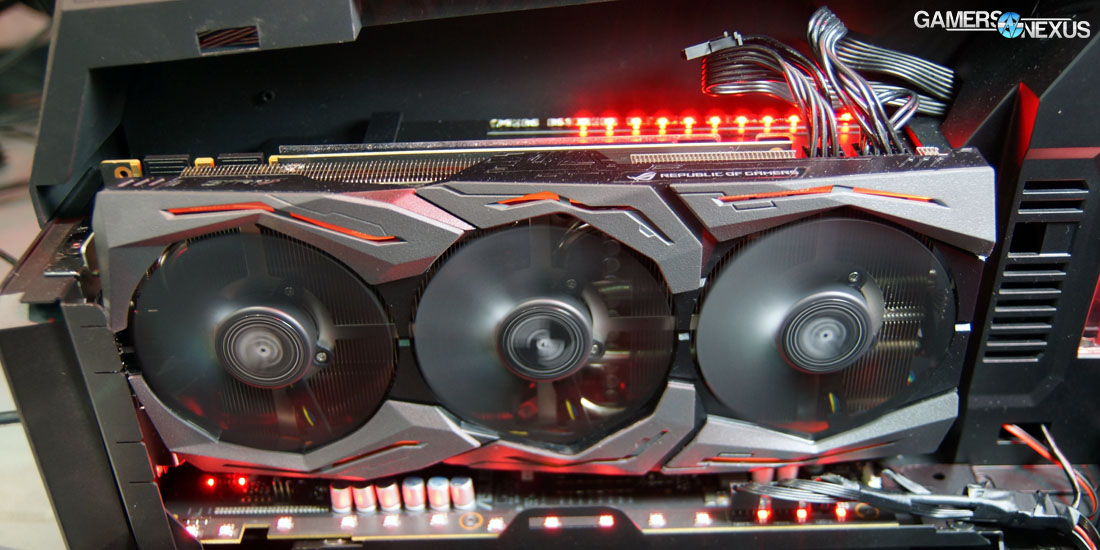 ASUS has opted for a custom PCB for its 1080 Strix, and also – again, like MSI and other vendors – mounts an additional 6-pin power header to the board. That grants fully another 75W for the GPU, but still doesn't resolve VBIOS / voltage limitations. The GTX 1080 Strix will use a custom VBIOS, but we were not told at interview time if this would allow noteworthy overvolting. 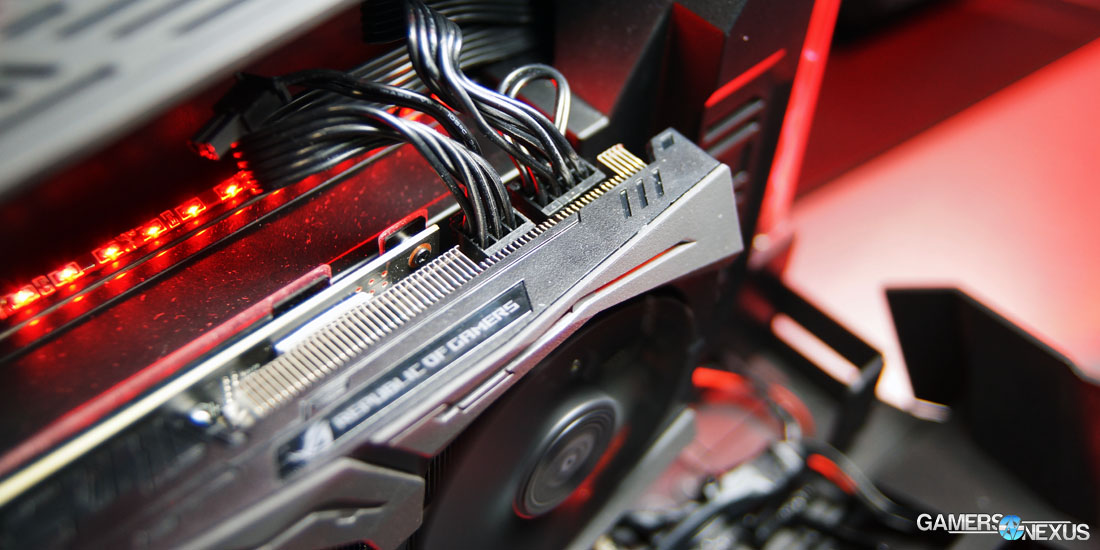 The card uses ASUS' DirectCU III cooler and the “wing-blade” fans. We're not sure on the thermal performance over reference. Sort of unique, ASUS also has PWM fan ports on the right side of the card, which allows the GPU to control the fans (rather than the CPU) based on need.

Aura lighting is present on the card, providing underglow through the shroud and lighting that lines the backplate. 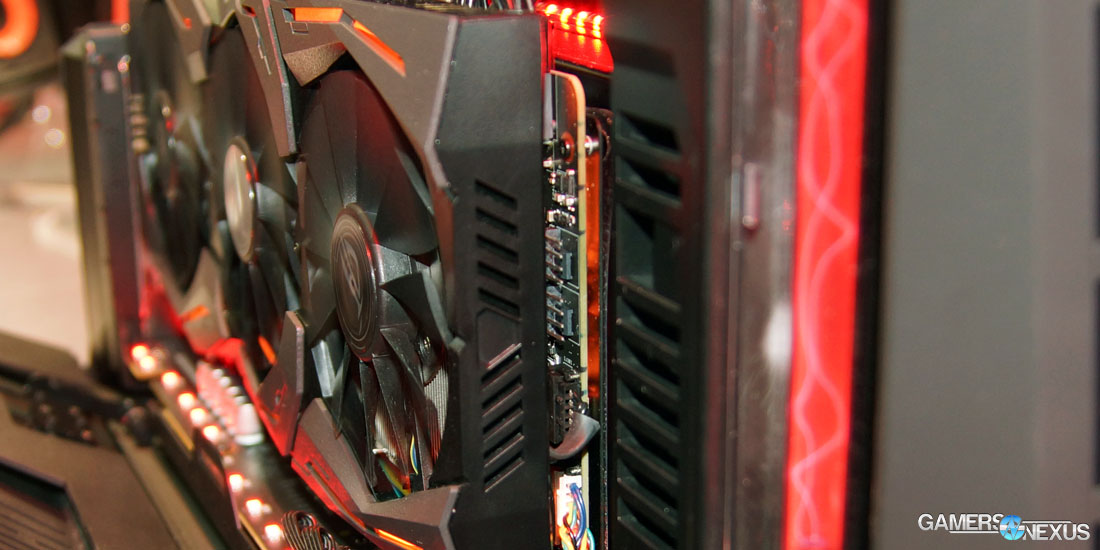 We do not yet have price or the release date.

In case you're wondering, the enclosure containing the GTX 1080 Strix is also an ASUS product – the XG Station II, an external GPU enclosure that communicates with laptops via the Thunderbolt protocol.

More news and products as the show unfolds.