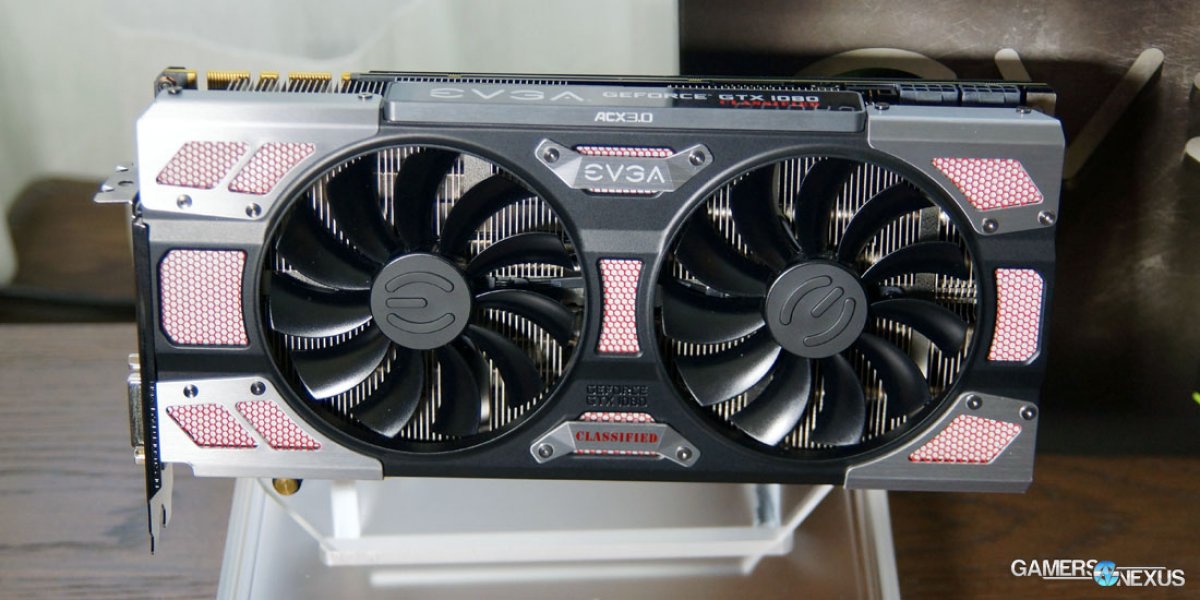 The EVGA GTX 1080 Classified card is among the most interesting, though.

There are a few limiters with the GTX 1080 and overclocking – and we've discovered most of them – that go beyond the thermal limitations of the FE cooler. Once thermal is resolved, the GTX 1080 is next limited by VBIOS (and voltage limitations imposed by nVidia), then by power. We were not maxing out our power draw when overclocking, and that choke-point is because of the VBIOS lock. The Classified, then, should still hit similar limits even with all the VRM phases in the world (and it has a lot – 14+3 for memory). The Classified has a custom VBIOS but remains under the nVidia umbrella, so EVGA's added an EVBot hot plug for external voltage control. This is presently the only real solution to noteworthy overvolting on any 1080 video card. We'll see if it works once it's in the lab. 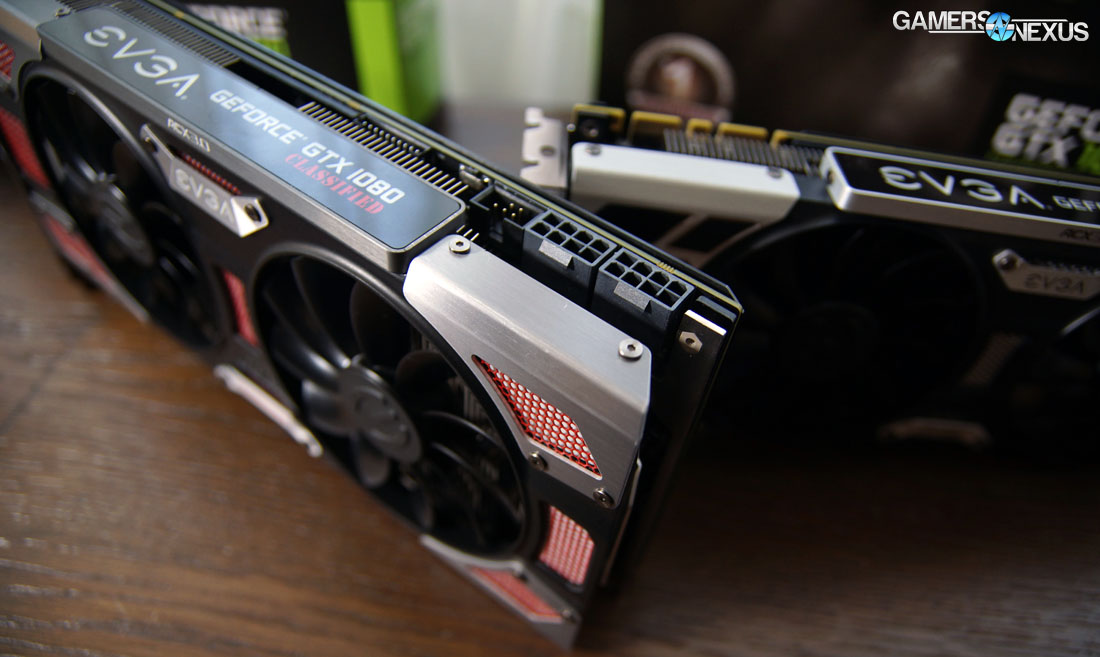 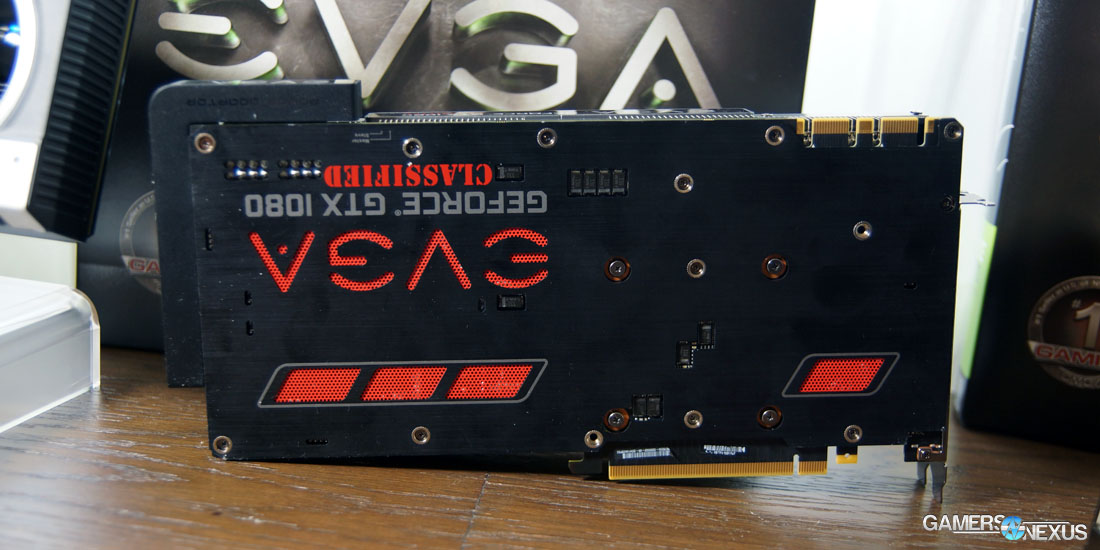 The Classified has an additional 8-pin power header and a custom PCB, as with the previous cards we've looked at. RGB LEDs line the faceplate and match EVGA's HB Bridge RGBW LEDs (controlled by a physical toggle). The price is TBD – or “classified,” to go for the low-hanging fruit – but should be known within weeks.

The GTX 1080 FTW & Hybrid are effectively identical cards other than the cooling solution. Both use a 10+2-phase power design and add an extra 8-pin power header. The FTW card is loaded with LEDs, as its more undoubtedly more costly Classified counterpart, and the stock clock-rate is still TBD. Price isn't, though; that's known. The EVGA GTX 1080 FTW will cost $680 – cheaper than the FE and with what should be a substantially better cooler – and acts as a mid-range card in the stack. EVGA's Hybrid pricing is still TBD, as is release date, but the cooling should land around where our DIY GTX 1080 Hybrid did. 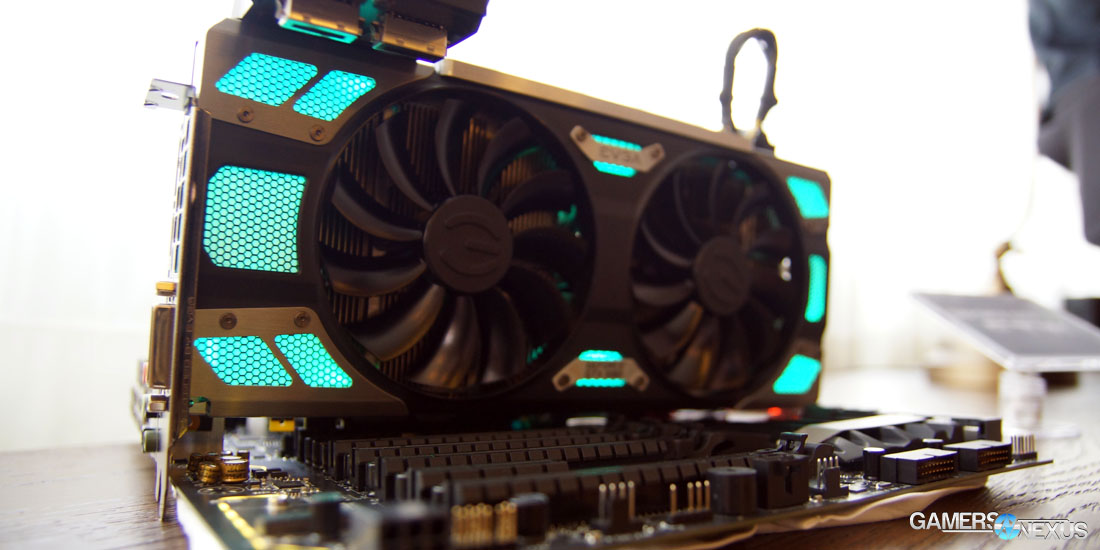 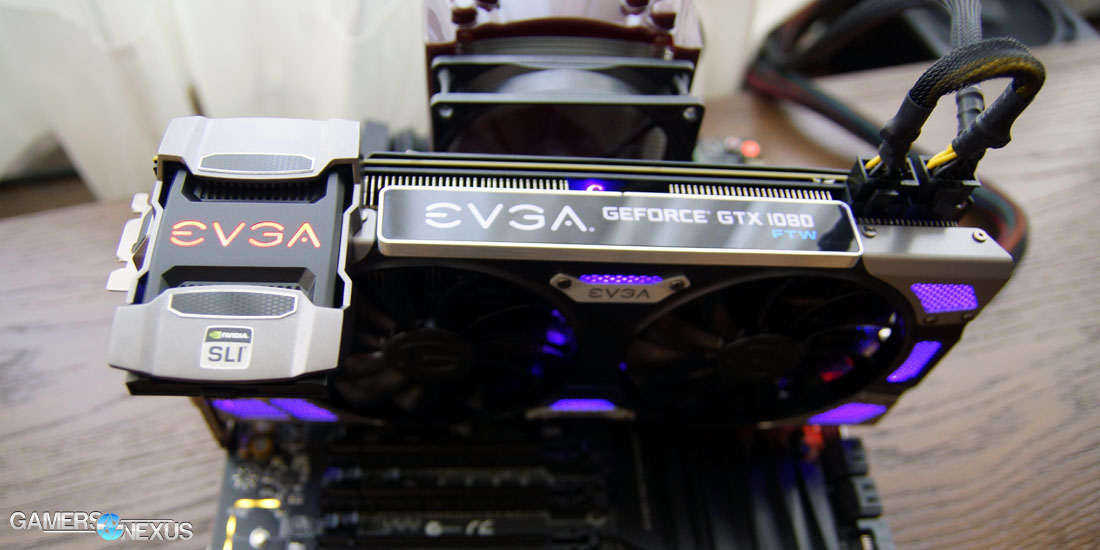 Then there's the GTX 1080 SC, or SuperClocked model. The SC adds an extra 100MHz to the stock core clock, uses the ACX 3.0 cooler for improved noise and thermal performance (we'll validate these claims), and costs $650. That's a full $50 below the GTX 1080 Founders Edition and offers the exact same specs (same reference PCB, same 5+1 VRM) with an extra 100MHz offset and better cooler.

EVGA also had their GTX 1070 SC on display. Price is TBD on this card, as is the clock-rate offset, but we do know it'll house the ACX 3.0 cooler and will cost less than the $450 price of the Founders Edition. 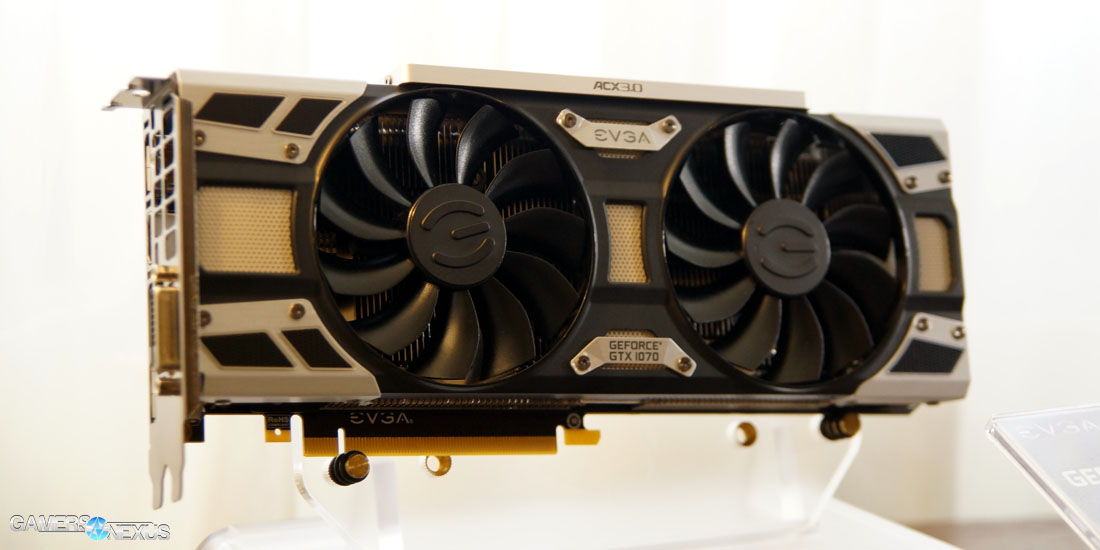 As a final, quick throw-in, EVGA also presented its”Power Link” cable management utility for the Classified and FTW 1080s. This L-shaped bridge performs one function: It reroutes the power cables so that they enter the card from the side, rather than the top. A little bit neurotic, but unique.