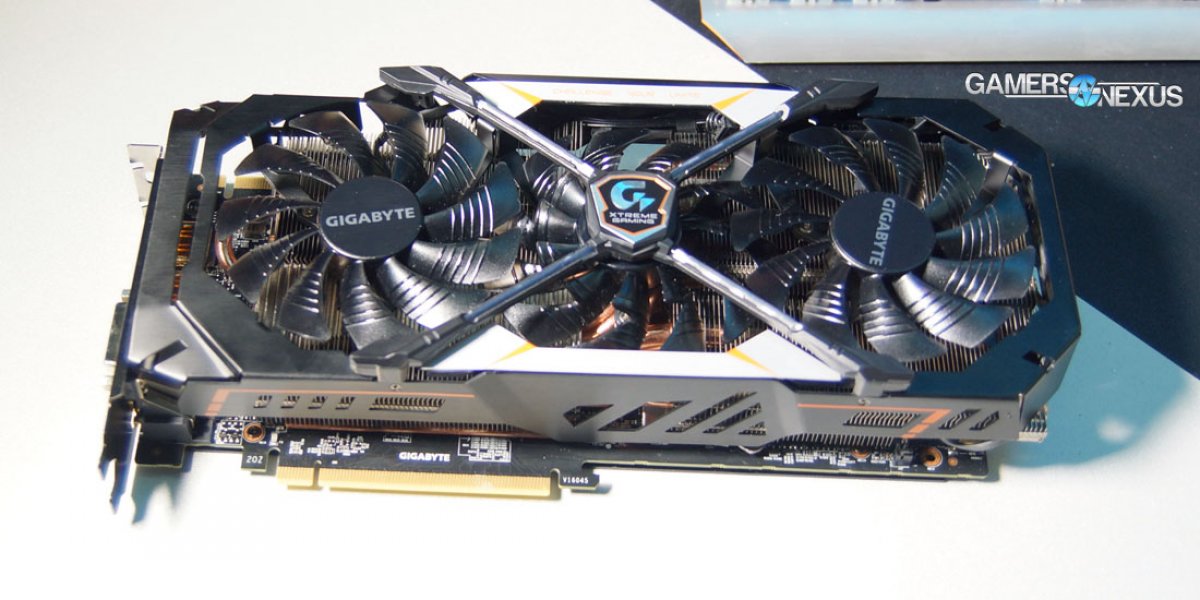 The Gigabyte Xtreme Gaming cards introduce a new branding initiative for the company. Both cards at Computex are equipped with triple-fan coolers – maybe a bit unnecessary for the GP104-400, but temperature reductions have already shown use – and fall under the Xtreme Gaming branding. The G1 Gaming continues Gigabyte's G1 line, targeting mainstream gamers while advertising its superior cooling solution to reference (not hard, to be fair).

We don't yet know if the VRM design is amped-up, but we know that the clock-rate will ship higher than reference and that the card uses Gigabyte's Windforce cooler. The G1 Gaming is targeted for a ~$650 price-point (not final), ensuring that the card comes in under the Founders Edition design and offers better overall specifications. 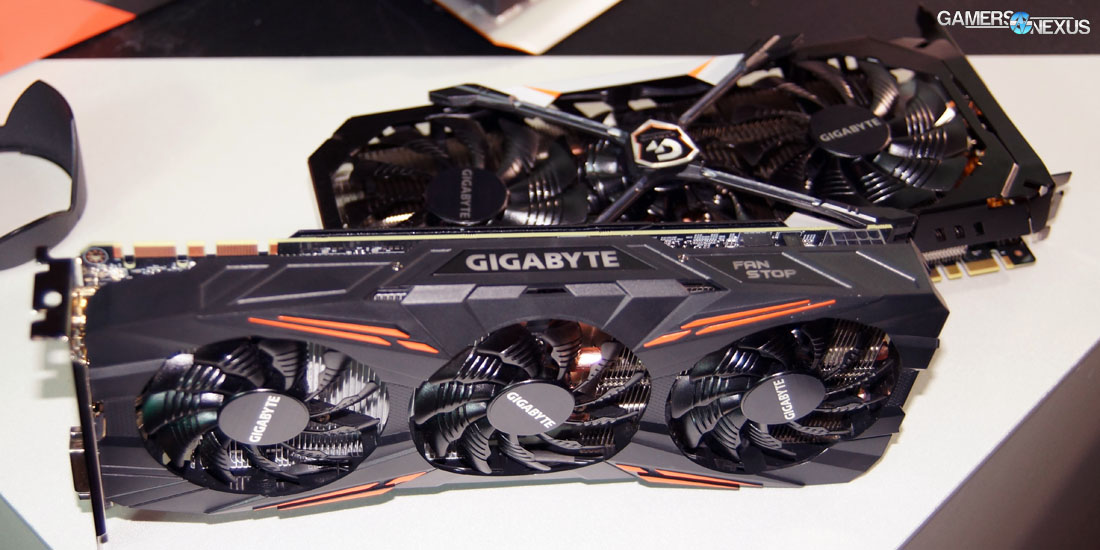 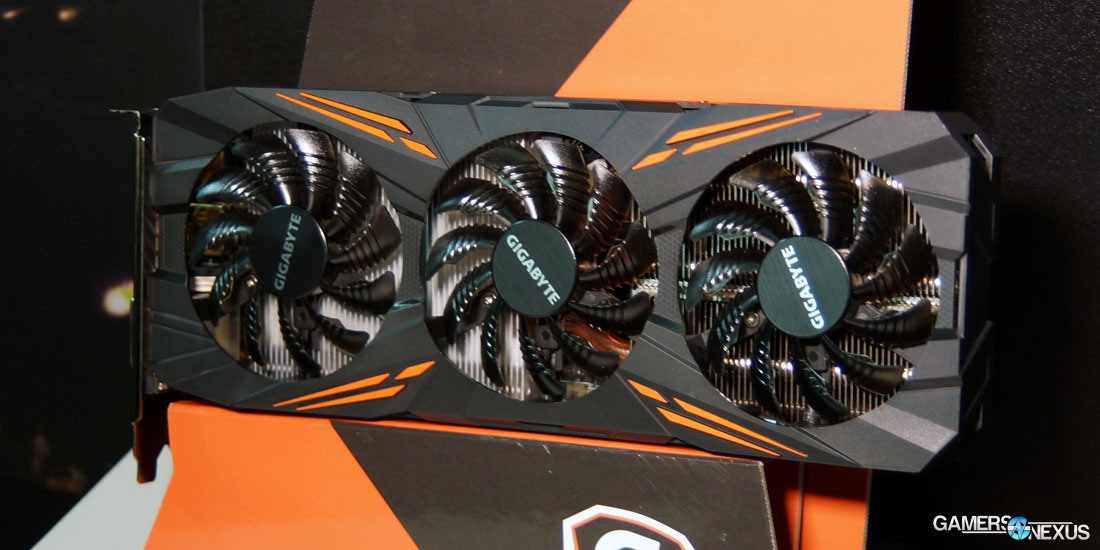 Gigabyte's G1 Gaming uses a custom PCB and VBIOS, but does not have an extra power header – “just” the standard 8-pin.

As for the fat card, the Windforce Stacked Fan GTX 1080, that's a different story. The Stacked Fan card uses dual 8-pin power headers, also has a custom PCB and VBIOS, and equipped with one of the largest coolers we've yet seen. Gigabyte didn't know the power design just yet – no clue as to the phases on the card – but it should be something approaching or exceeding 10 core phases. The cooler uses a massive piece of aluminum for the heatsink, a thick copper plate between the alloy and the silicon, and thermal pads between the rest of the sink and the surface (mostly contacting the VRAM modules to the copper plate). 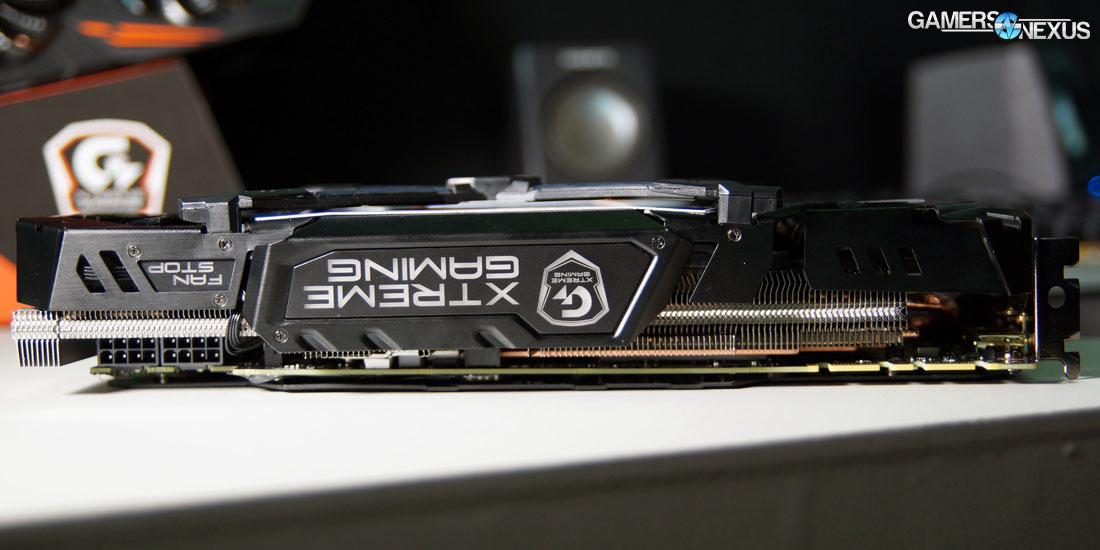 The Stacked Fan card uses three fans – two larger, flanking fans and a central, odd dual-fan-thing. The center fan has two sets of blades stacked, which theoretically pulls the warmed air out of the GPU. We'll do tests on this in the lab, though.

The larger of the two cards will run a higher stock clock – TBD – and offers higher power, hopefully with higher overvoltage potential. Its price is vaguely in the $680 range.