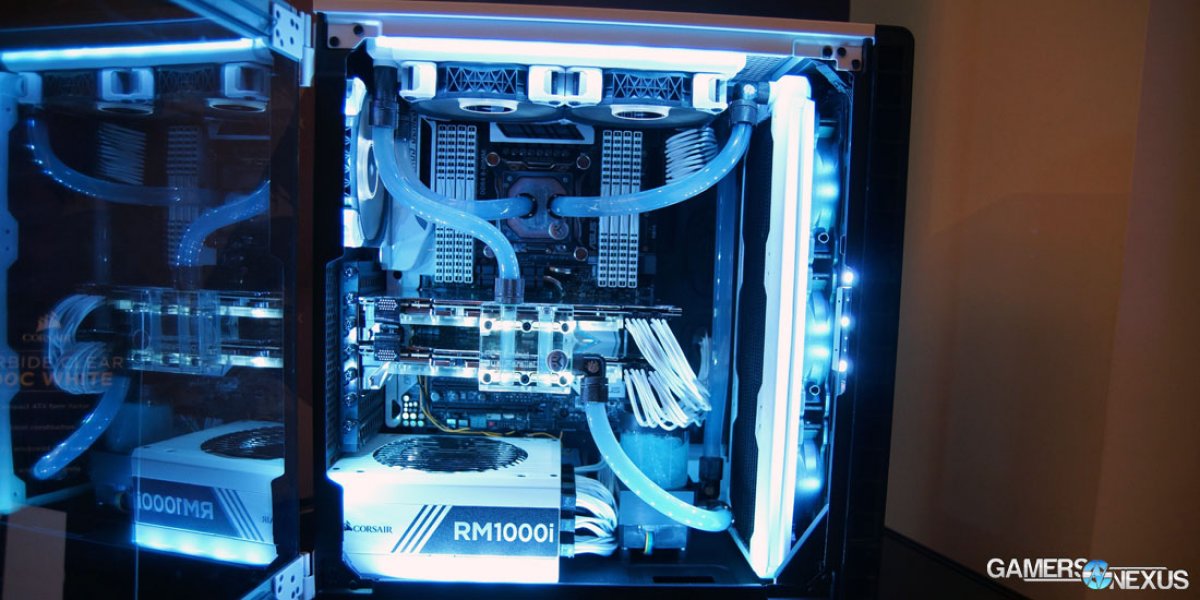 Magnetic levitation bearings just use an electromagnet to force the fan blades and hub to hover off of the fan body. In theory, this reduces friction and noise, and is a driving reason for the fans' ability to spin at low RPMs (like ~400) to help maintain low noise. The fans are rated for high static pressure and face minimal resistance from the actual bearings, with an RPM range of 400~2000 (ish, can go higher). 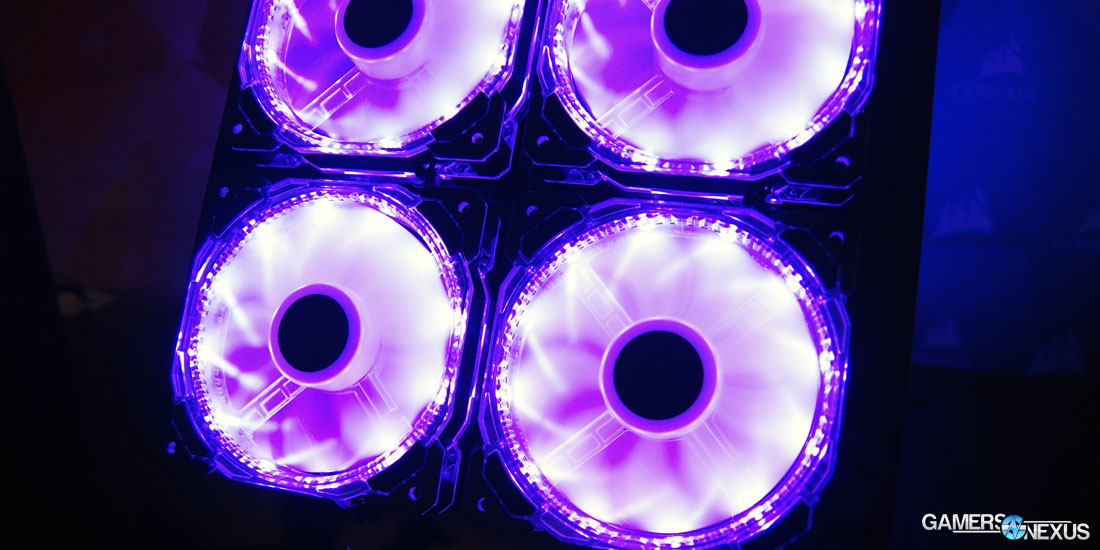 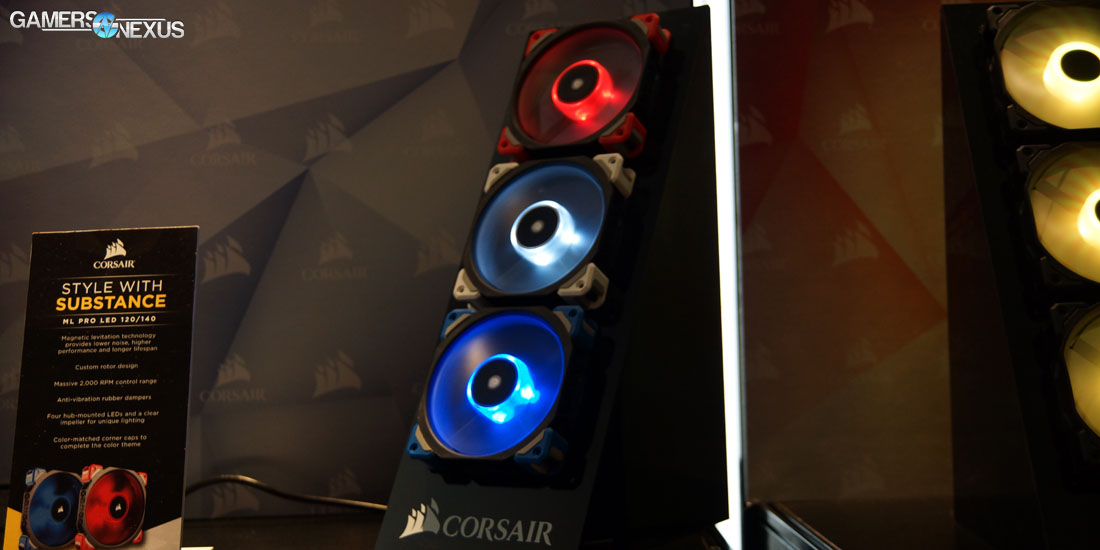 The ML Pro fans feature monochromatic LEDs (R, B, W, etc.), while a refreshed SP line have moved to ring-lit and hub-lit RGB LEDs that are controllable.

Also on the front of LEDs, new kits of DDR4 RAM – the Dominator Platinum Special Edition and new Vengeance line – will be making the move to controllable RGB LED support. The LEDs are controlled through the SM bus, bypassing any external cabling or other clutter.

We're beginning to wrap our Computex coverage, but there's more to come soon – and it'll be in the form of deeper product reviews following the show.