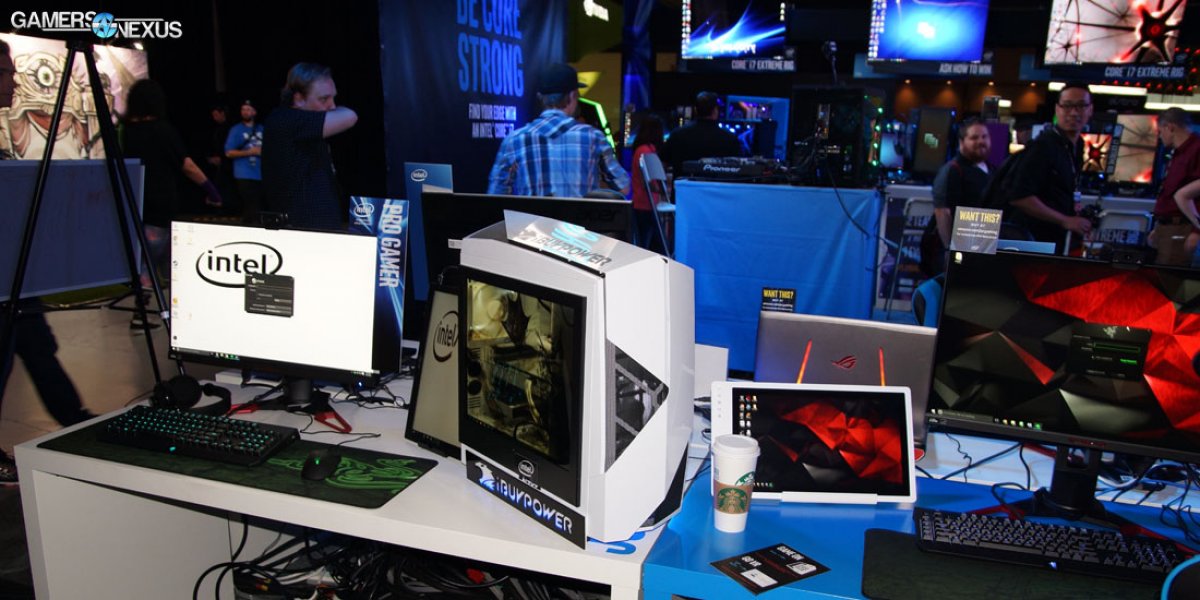 This isn't a feasible consumer product today – it's a prototype. IBUYPOWER sees this integration as being more partner friendly, being used in a similar fashion to In Win's H-Tower. To that end, the NZXT N450 + LCD window would make sense in a few core deployments: Trade shows, where vendors want flashy cases with advert playback capabilities, and eSports arenas, where sponsors could place video advertisements or logos on the side of pro player systems. 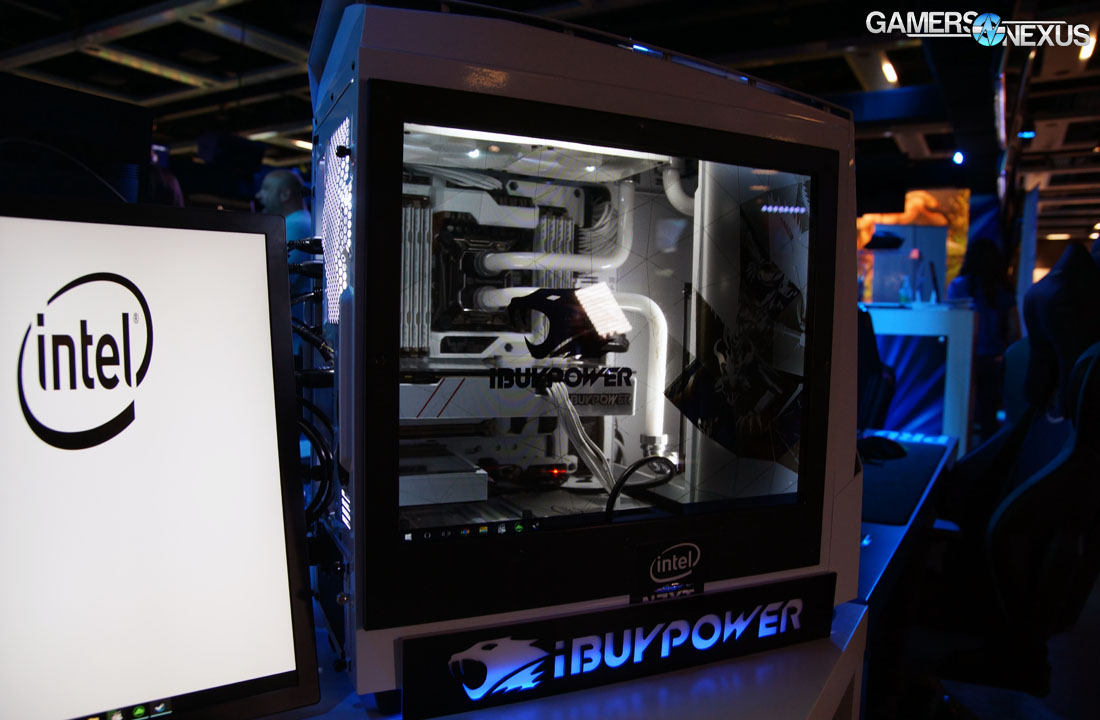 iBUYPOWER used a 4:3 panel for this display, given the obviously not-widescreen-friendly format of a case panel, and uses a clear display that still allows sight into the case. Internally, all white components are used to drive up contrast and benefit the output, with some customizations made to fit the unique window. The video card is one modified component, which uses a mirrored backplate and white shroud to better mesh with the design.

The Snowblind, as iBUYPOWER calls it, isn't really something that's well demonstrated in still photos or words. Watch the short video (above) for a demonstration of the technology.