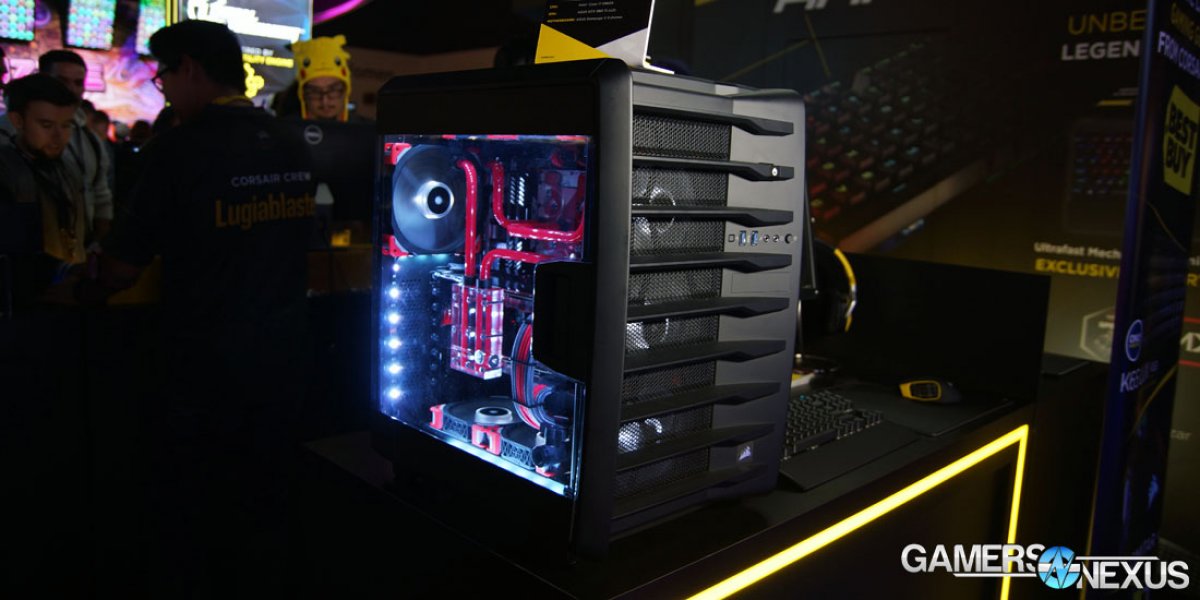 Corsair's RX 460X ships in two models differentiated by LED availability: 460X with 3 SP120 RGB intake fans for $140, or the 460X with 3 SP12 non-RGB fans for $120. The value proposition is good – the added cost of separately buying three RGB fans would be far higher than the $20 difference – but a non-LED model is available for users who don't want them. No rear or top fans are included with the case, as all three are situated as intakes.

Three fan-related switches are top-mounted for “dumb” control over the fans, including 7 colors and 7 speeds. For more intelligent control over the full 16.8 million color spectrum, the fans can be controlled through Corsair's usual software suite within Windows. 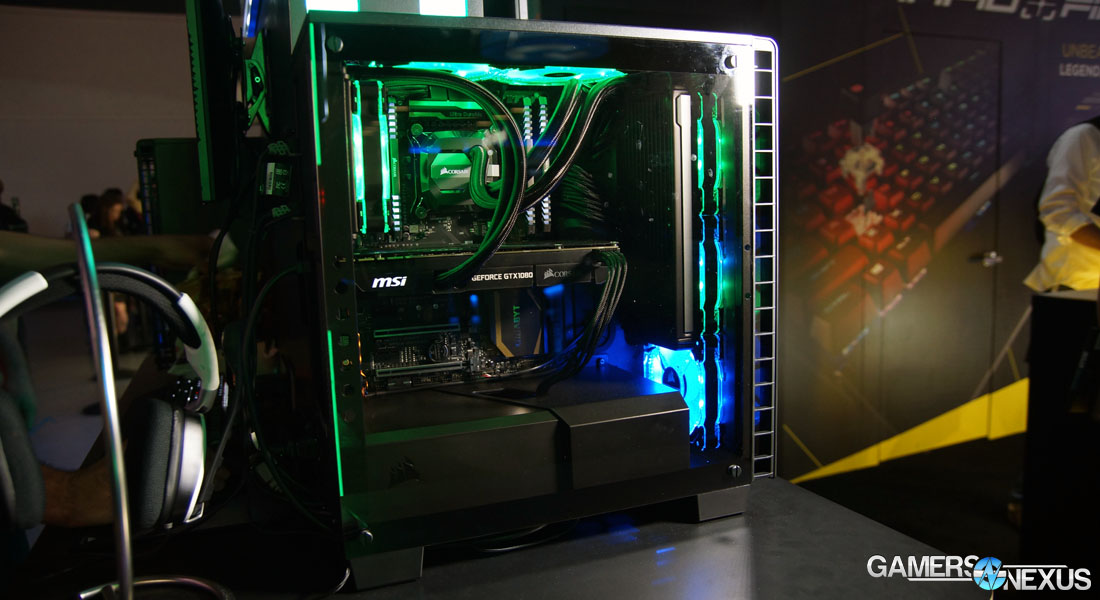 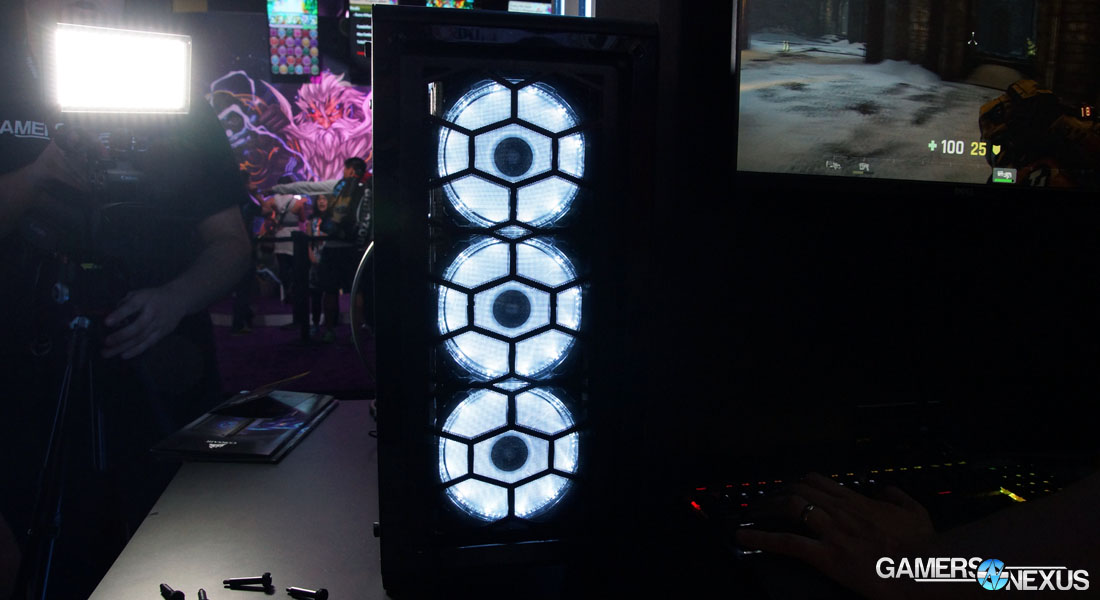 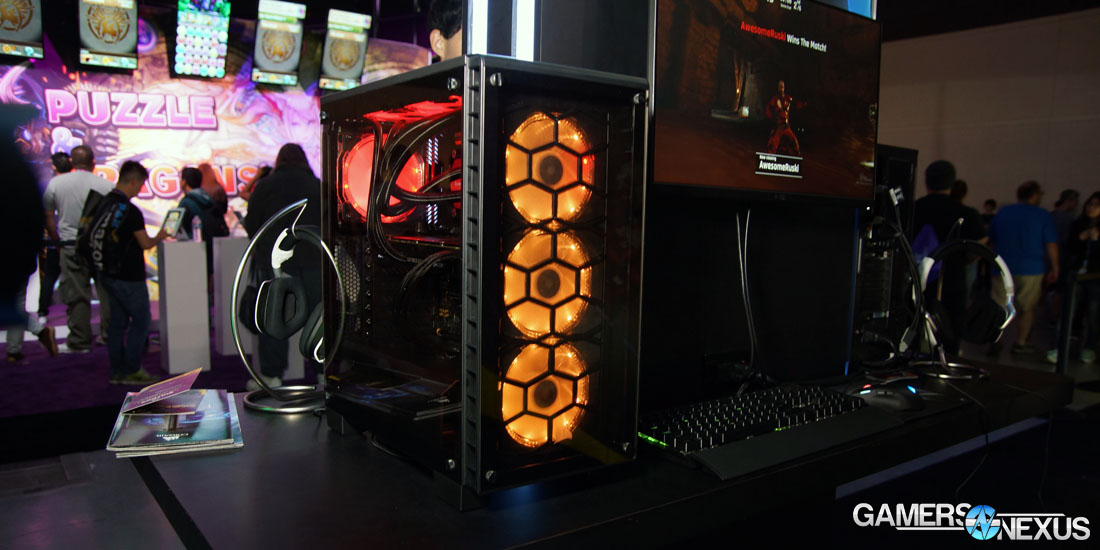 Tempered glass is positioned front and side for the 460X. For those wondering how the case can breathe, it's through the same mechanism that the 400C, 600C, and NZXT's H440/S340 breathe: The front panel protrudes enough from the chassis that side grills act as intakes for the fans. We've found this to be adequate for component cooling, for the most part. The components would certainly run cooler with the front panel open – removing the glass, for instance – but that begins to over-weigh the performance side of the performance-aesthetics scale.

The Air 740 is more tuned for cooling, in this regard. It's got a mesh front with plastic appendages, behind which sits 3x AF140 fans for intake. The enclosure is expanded over the Air 540 to better accommodate radiators, widening the base for 280mm top and bottom support, and up to 360mm front support. 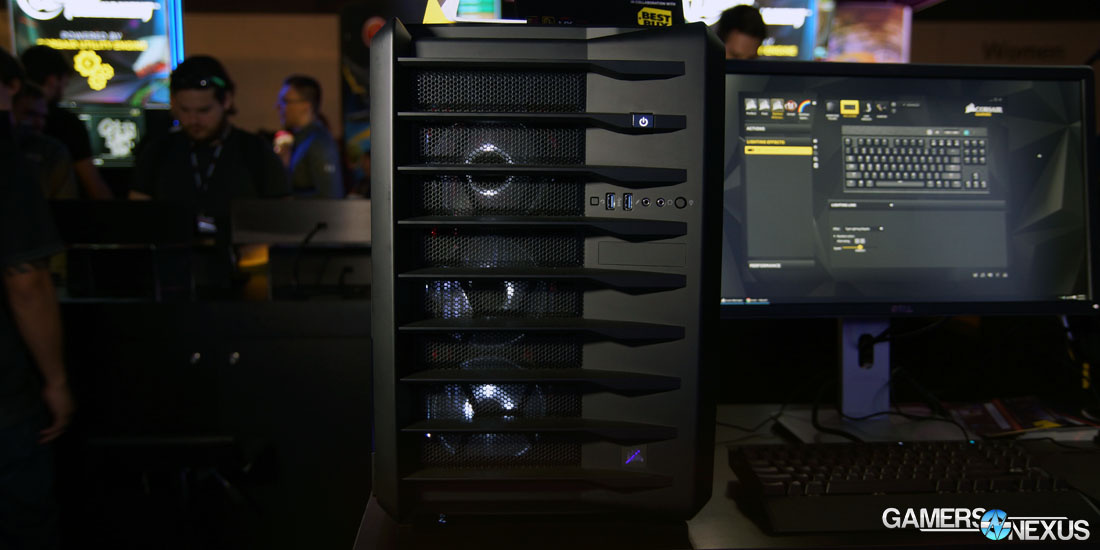 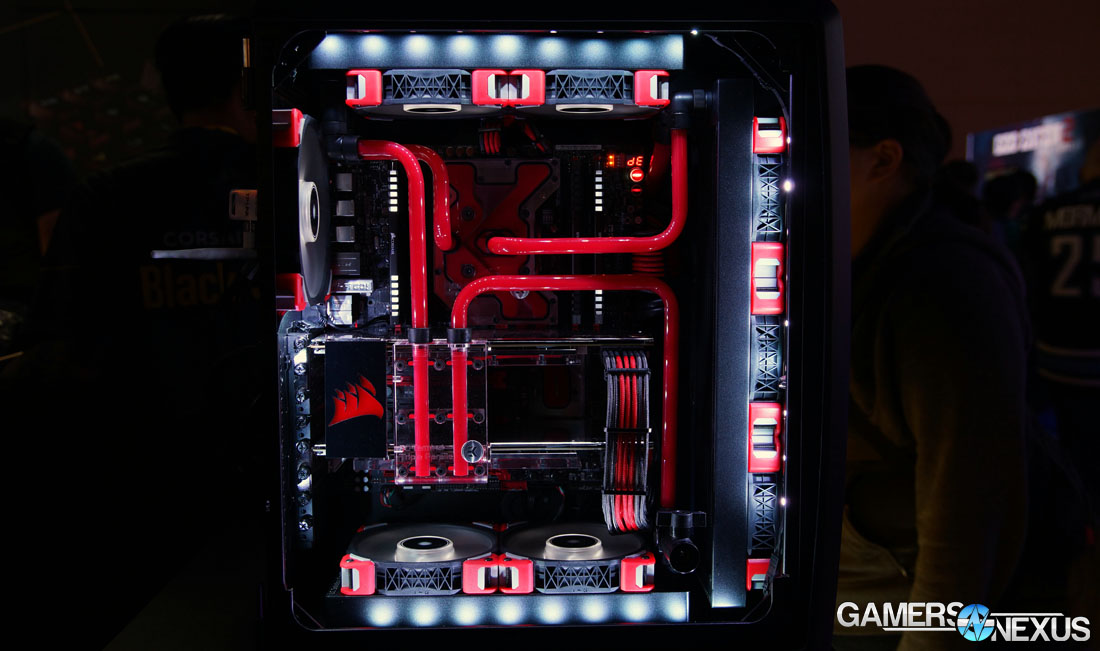 The unit is still compartmentalized, like the Air 540, positioning its main components left-side, and power supply with storage components right-side. PSU support is up to 220mm – so, everything – and cable management holes line the right side of the interior. SSD brackets are also now able to be rotated, pursuant to cable management or access desires, and the large disk storage rests toward the front-right of the enclosure.

“Stout” is the most fitting word for the Air series cases. They're shorter than most and wide, fitting a unique dimensions demand for the market.

Video above for additional coverage.