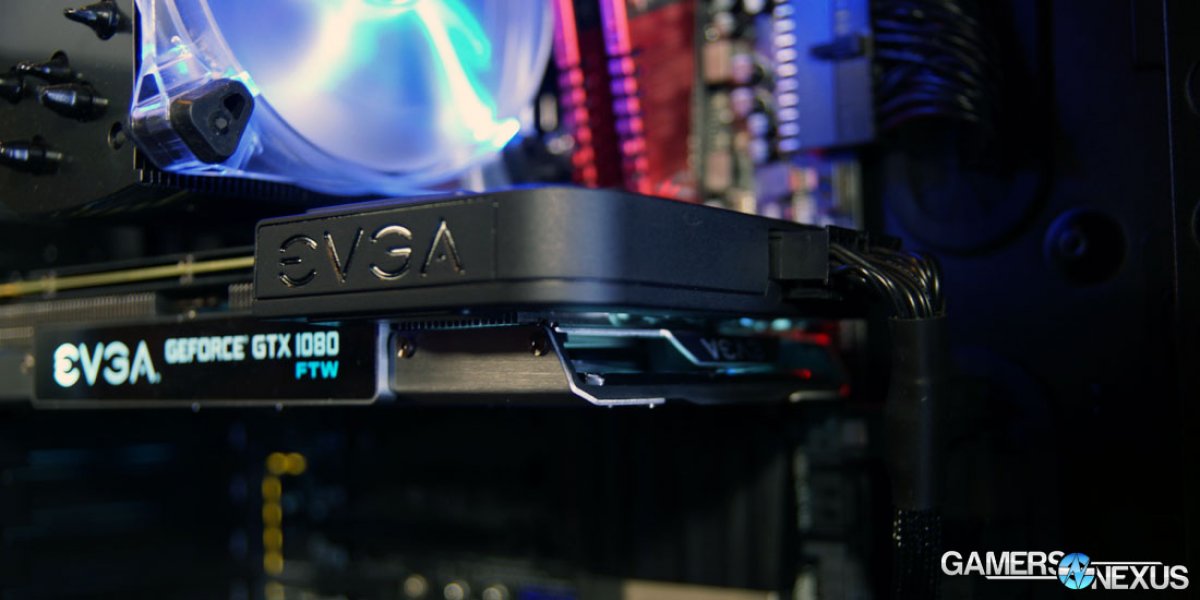 EVGA's Power Link was shown briefly in our Computex coverage, but the unit has received a few updates since then and is closer to finalization. The idea of the Power Link is pretty straight-forward: It's an L-shaped enclosure with power rails that wraps around the right side of the card, and exists solely to manage cables away from the top power inputs. The cables instead connect to the Power Link, on the right side of the card, with the Link tapping into the video card's power more discreetly (under guise of an EVGA-branded “L”).

The new Power Link, shown for the first time at PAX West, has made it possible to shift the power headers connecting to the card so that more device layouts are accommodated. The Link still won't work for power headers that face their clip opposite the reference layout (clip toward the back of the card), but will now work better for cards where PCI-e connections are slightly left/right of where EVGA's might be located. We're told that this Link will fit most cards on the market (reverse clip orientation notwithstanding), and that includes non-EVGA cards.

EVGA removed the LEDs illuminating the company's logo to reduce height of the bracket. Since we last saw it, they've also decided to (likely) include a set of extra headers in case buyers have a card with a 6+8-pin or single 6-pin input. As a default, it looks like dual 8-pin power inputs will be available, but the headers are easily swapped with a few screws. 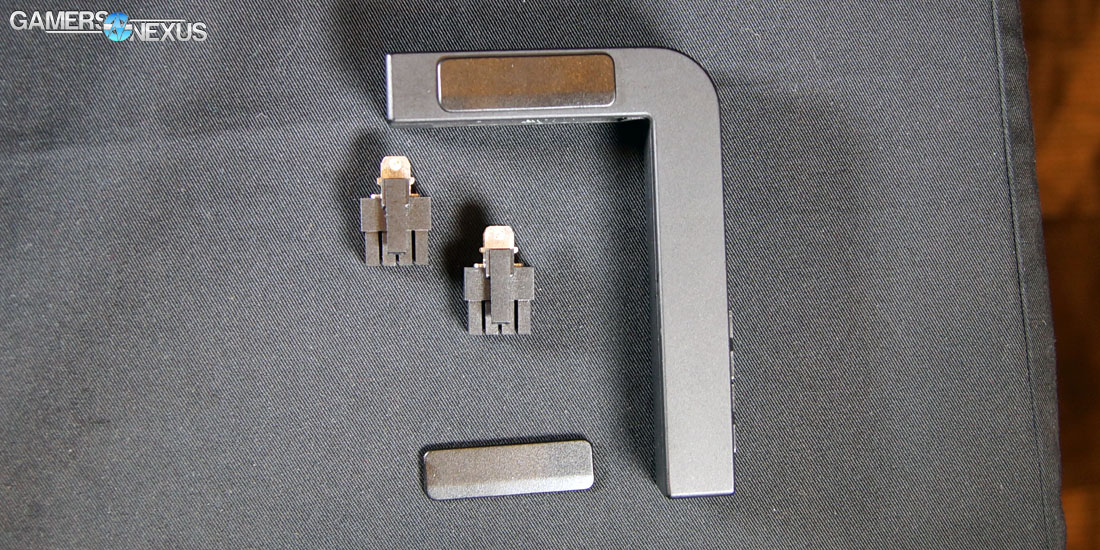 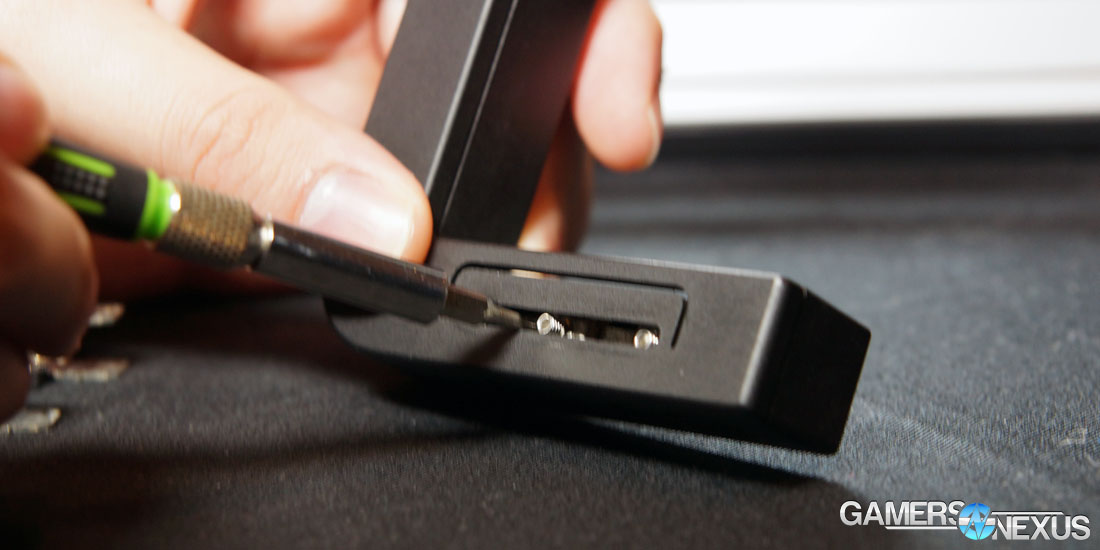 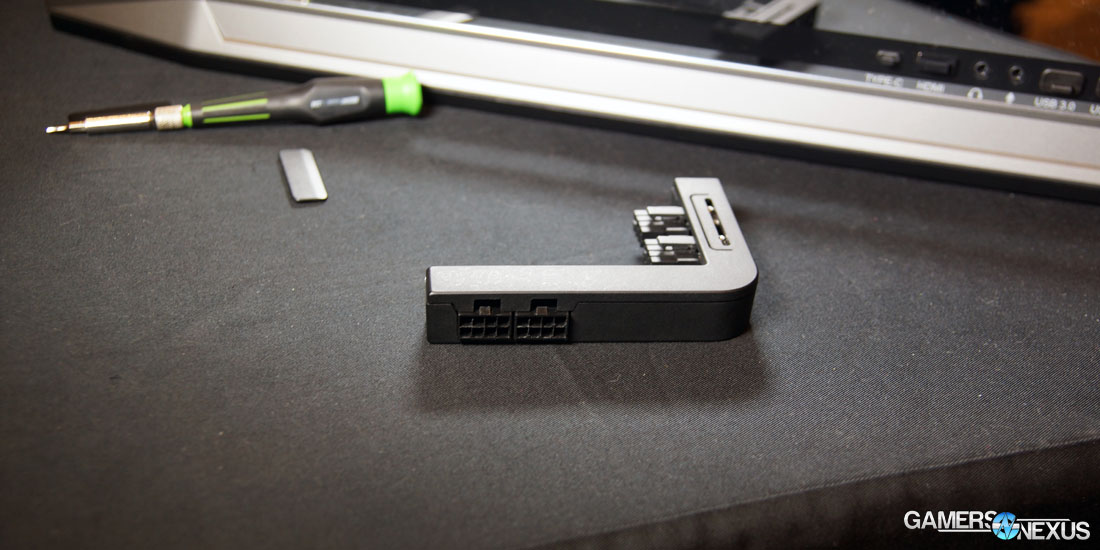 The Link will only push the power drawn/requested by the GPU, so even single header cards can connect to two PCI-e cables at the input end of the Power Link. Technically, you could almost certainly get away with one header, but we don't have a unit to test yet.

The internals consist of a PCB – which we weren't allowed to show, as the product is unfinalized – and a few capacitors to ensure efficiency doesn't degrade from the pass-through. The Power Link will likely cost around $30, but may end up bundled as an accessory with some EVGA cards. Its entire purpose is cable management and reducing cable visibility, so this is definitely a niche enthusiast product. 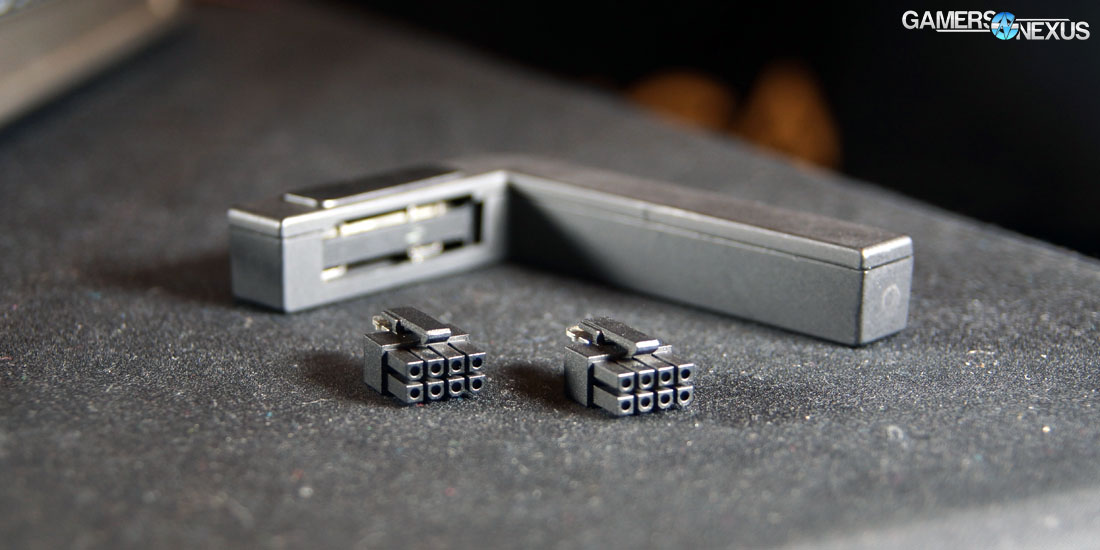 As for the DG-87, the finalized version of the case was at PAX West 2016. Pre-orders are already up for the four SKUs, spanning DG-84, -85, -86, and -87, and cost ranges from roughly $150 to $230. The largest case, the DG-87, seems to overcompensate with 8x 140mm fans in the front, top, and rear, but overcompensation is sort of what this case is good at – it is huge, after all. The unit has the same mirrored lower plate as we saw at CES, fitted with LED implants to indicate temperature of the internals, and is now outfitted with a K-boost button on the higher-end models. A fan controller, USB Type-C (somewhat unique), and the usual USB3.0 / 2.5mm headers are present on the same side panel. EVGA also provides an HDMI pass-through for VR headset users who'd like to reduce cable length lost going to the rear of the case. 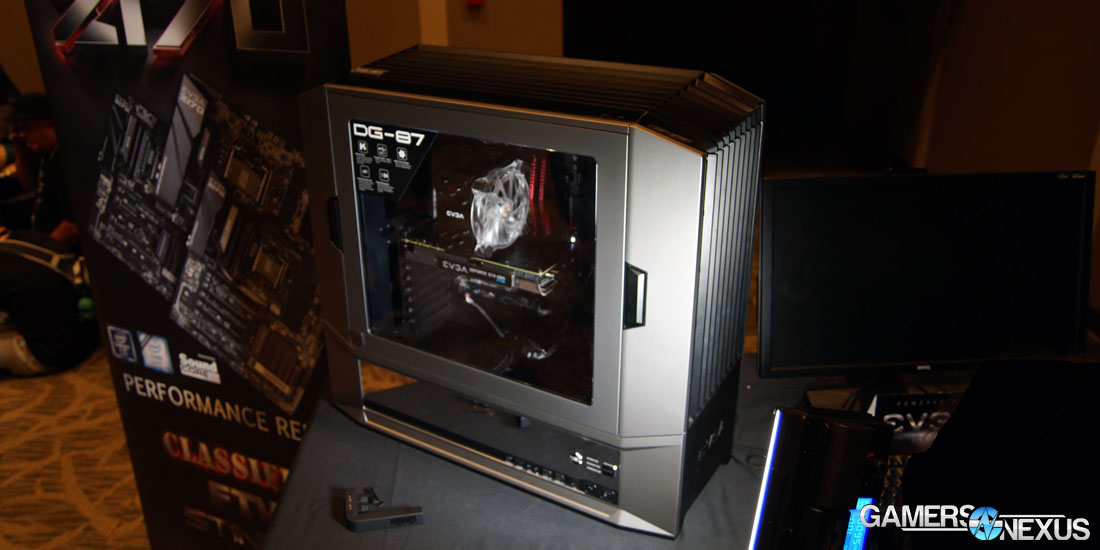 The case also uniquely has a rear panel for cable management, and encloses all outgoing cables within a compartment that bundles them before exit.

It's filling the Corsair 900D market: Big, visually imposing, and using lots of bays and fans. We might look at this one more in the future, though we're busy with a few other projects first.