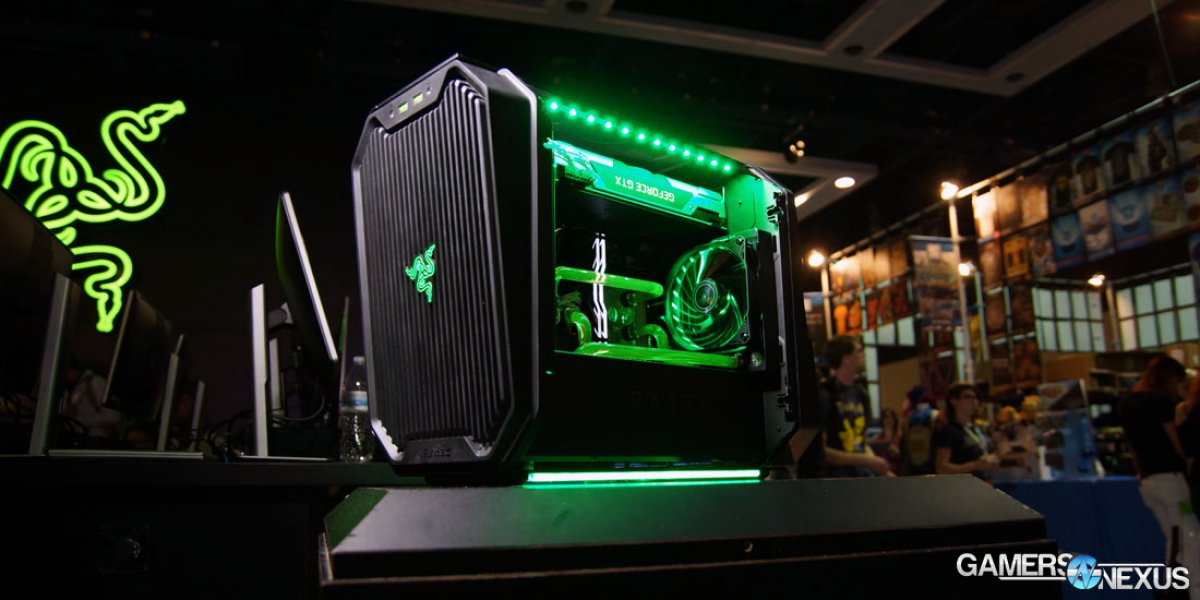 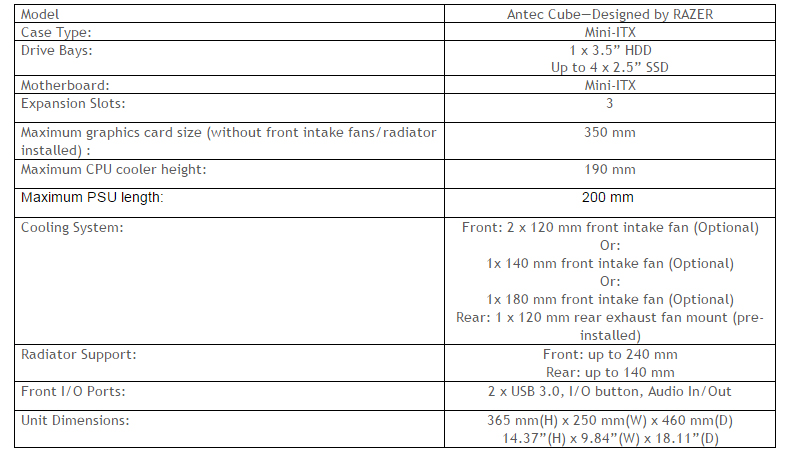 The Antec Cube Designed by Razer is a small form factor, mini-ITX case with an aluminum shell. The enclosure goes hard with acrylic windows, outfitting the top, left, and right sides with tinted acrylic paneling. On its face, the Cube uses a meshed front intake with the usual assortment of front I/O and buttons or switches. 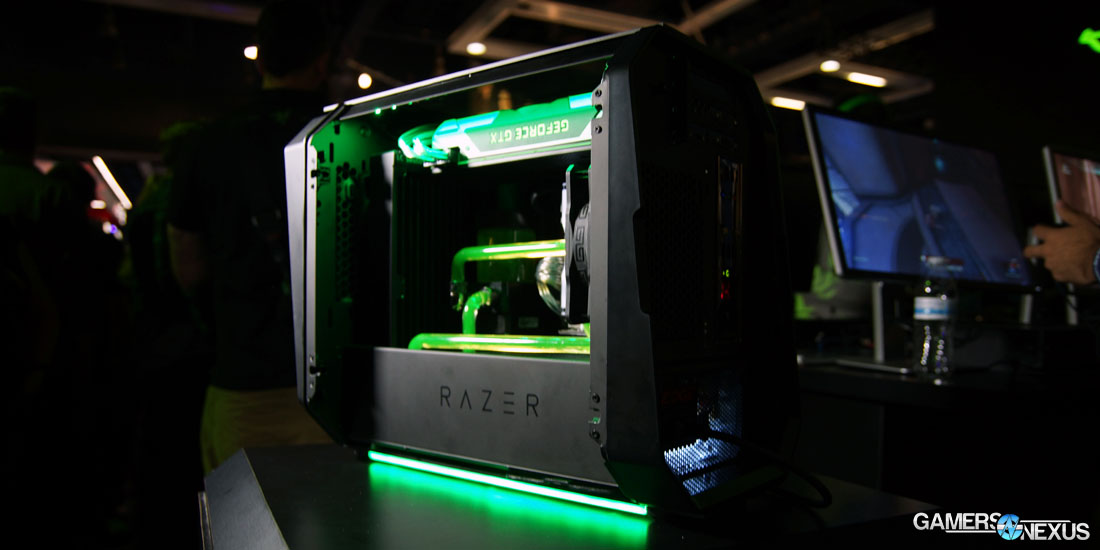 Internally, the enclosure is capable of supporting up to 1x140mm rear radiator (or fan) and up to a single 240mm radiator in the front (or 2x120mm fans). The system includes a single 120mm exhaust fan. PSU length maxes out at 200mm and GPU clearance maxes out at 350mm (most cards – though not all partner cards). You'd probably want to use a blower fan for this case, as the motherboard is inverted and faces the GPU up (out of the acrylic), similar to the Revolt 2. This means no breathing for dual axial fan cards. 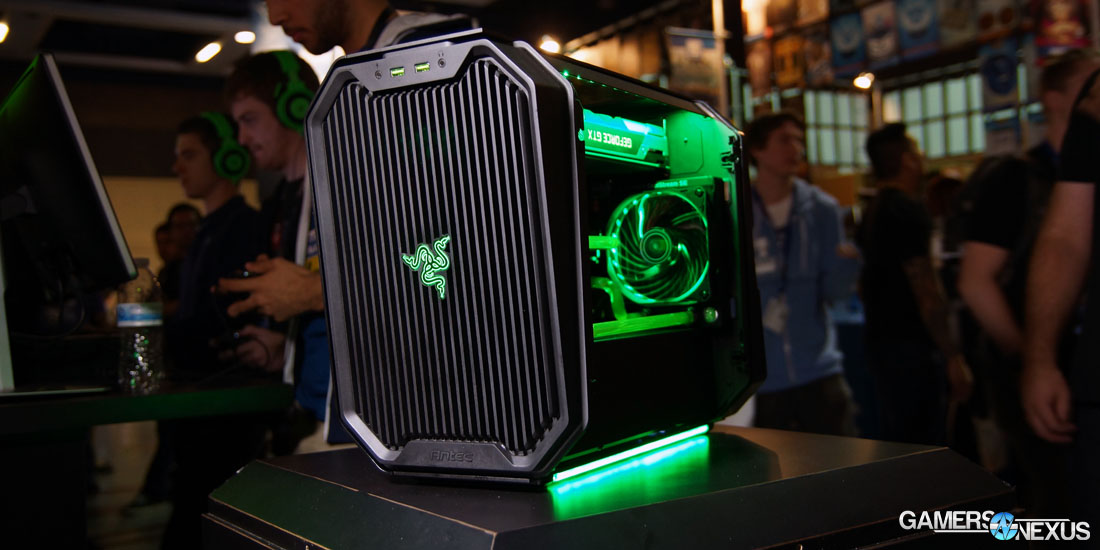 There are 4x 2.5” SSD mounts and a single 3.5” HDD mount in the case (at least three of the total mounts are in the right side compartment). The PSU is partially obfuscated by a shroud, and its cables route up-and-out into the main compartment.