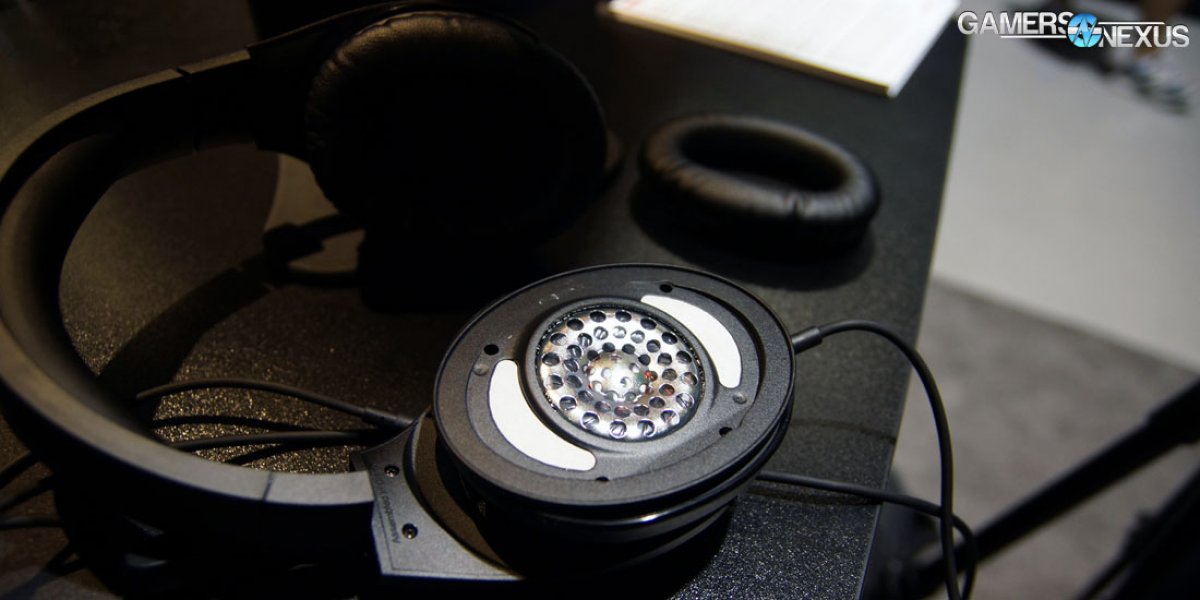 Under the surface, the headset uses a set of 50mm drivers (down from the 53mm drivers in previous HyperX offerings) which are installed at a slight angle. When asked why the drivers were angled slightly, the HyperX team informed us that the angling assists in bass, as it grants a marginal amount of extra room for the driver to breathe. The angle of driver installation also aims the sound more directly at the user's ear, another critical point of design.

There aren't many extras with the Stinger. It's got an extra cable in the event additional length is needed, but that's about the end of it. The microphone hits a tension point when pressed back up, and is muted upon passing that threshold. No additional LED or notification is granted upon mic mute, but the mechanical resistance serves as an indicator that the mic has stopped accepting input. The last mentionable feature is the folding earcups – something lacking from the Cloud headsets – to allow on-shoulders resting. 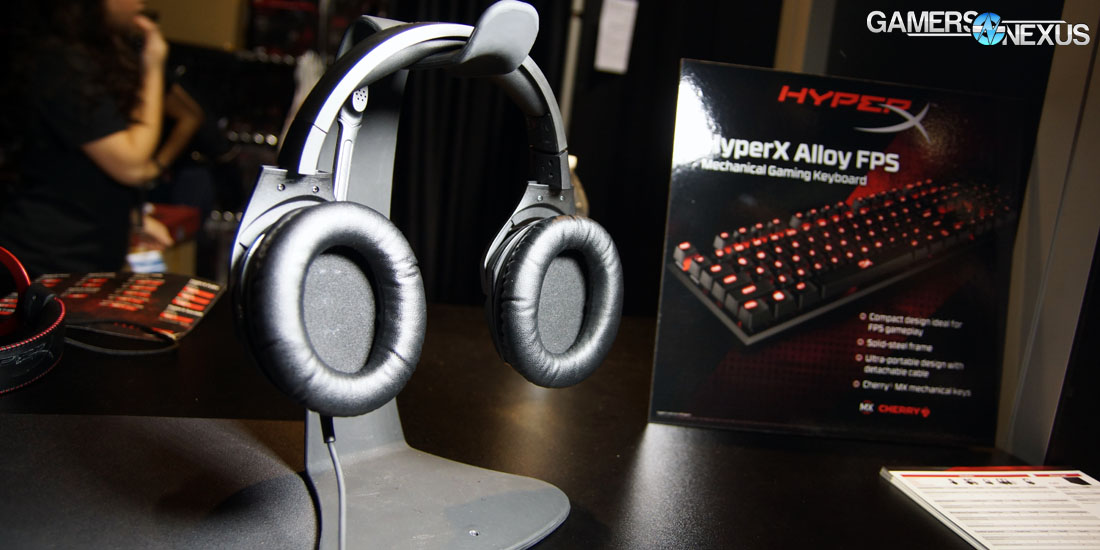 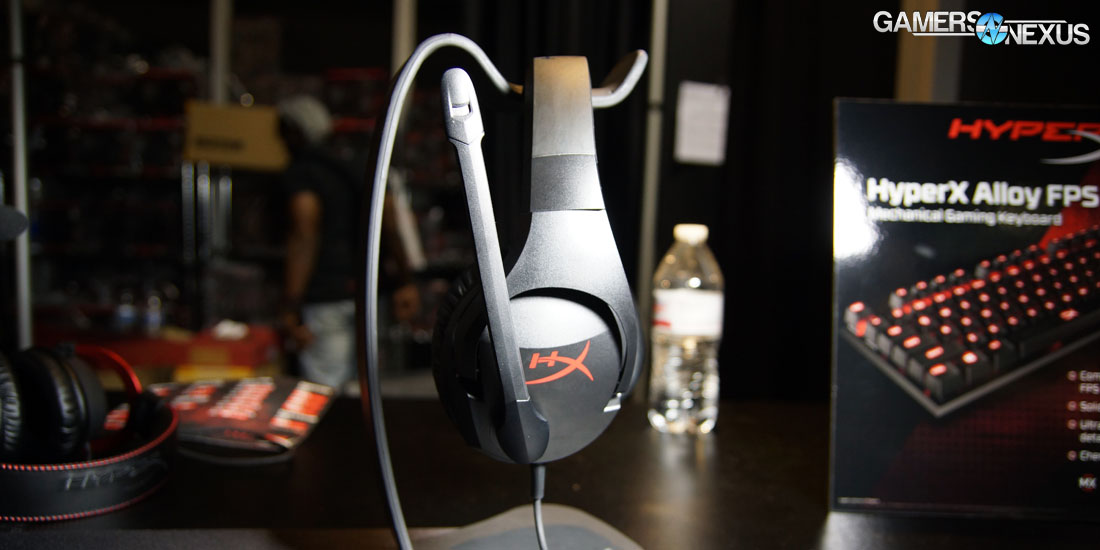 That's really it. It's an incredibly simple headset for the $50 market, and that market's been somewhat vacant of new products lately. We'll look more into the unit once we've got one for review. 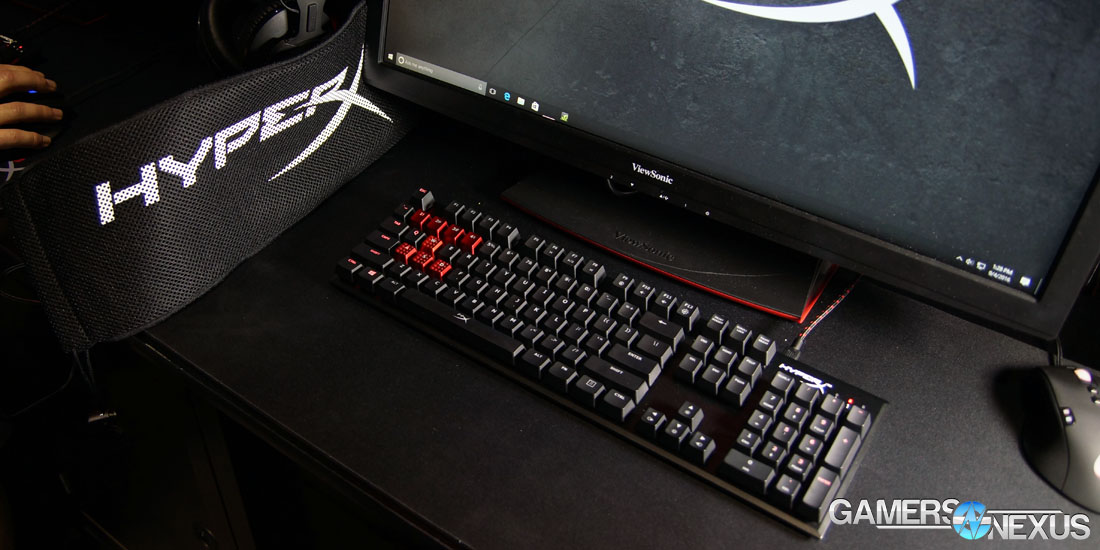 The keyboard is also pretty simple, but is a $100 product. It's using MX Blue Cherry switches and will feel more-or-less the same as all other MX Blue switches do. We're not presently sure if the keyboard uses a steel or plastic backplate, but the top-side does use an aluminum shell to assist in rigidity when typing. The underside is all plastic, and is barren aside from two feet with a single angle of tilt.

Red LED lighting is present on the FPS Alloy, controllable entirely through hardware commands on the keyboard itself. This is similar to some of the units we've seen from Cooler Master in the past, and is a means to avoid necessitating another software solution for peripheral control. The lack of software could be positive or negative – it really just depends on the user. 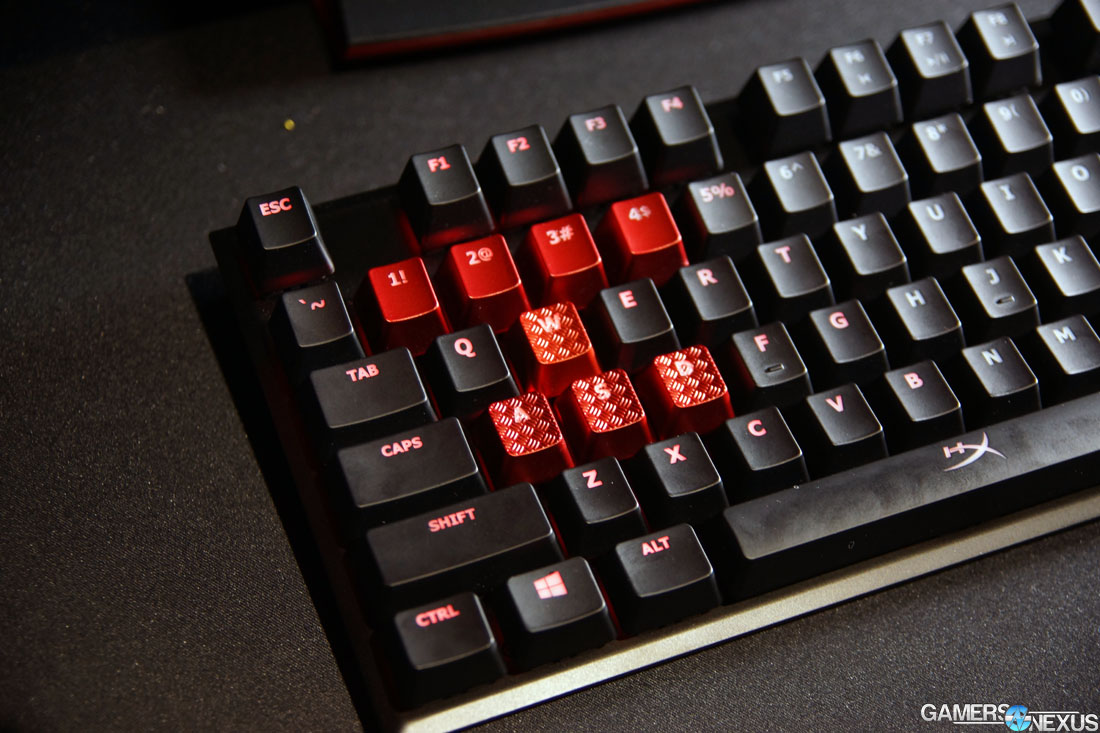 LED functions include brightness (or toggling the lights off), wave, breathe, follow, or always on LEDs. No separate media function keys exist on the board, no USB pass-through, and no other bells and whistles. The FPS Alloy is as straight forward as a gaming-targeted keyboard can be, for the most part, though we did like the separable USB cable for easier transport and storage.

Note that the red keycaps in our photos are optional, and can be swapped for black keycaps. The keycaps are standard Cherry MX caps and can be replaced with aftermarket options, as we understand it.