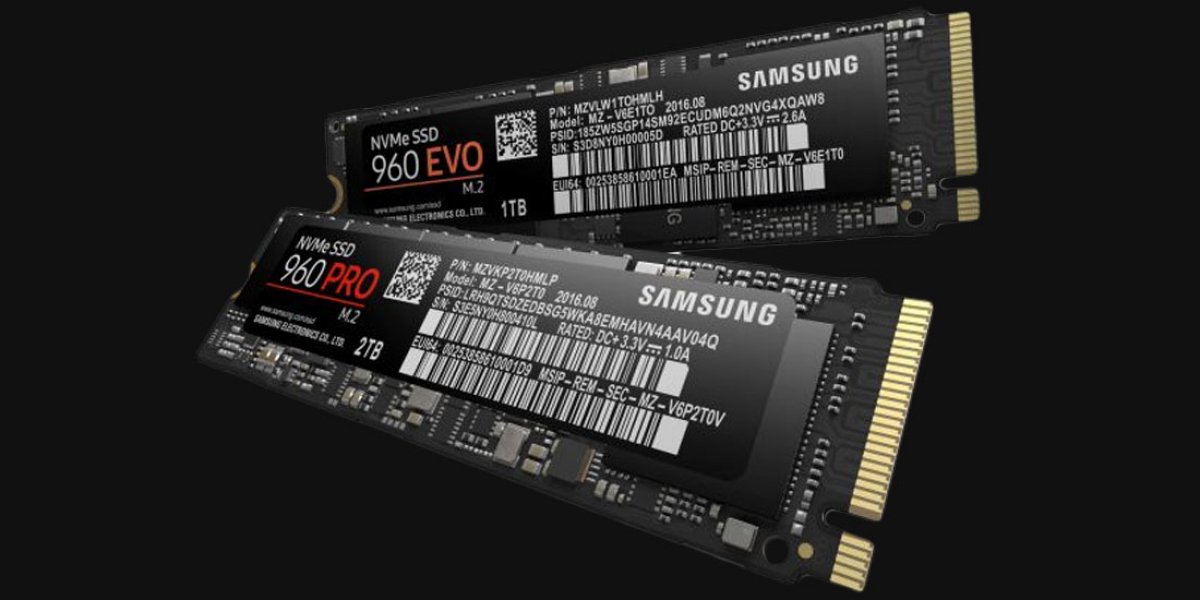 Samsung's 900-series SSDs marked the arrival of VNAND (NAND Flash explained here), a new NAND type that expanded capacity vertically to theoretically drive down the cost per gigabyte metric. Today, the company officially announced its 960 series SSDs, including the Samsung 960 Pro and Samsung 960 EVO. Both devices modernize their architecture by supporting NVMe on their new VNAND-based SSDs.

We think NVMe is one of the next big standards, as the standard SATA interface has reached its cap with data transfer rates. Intel and Samsung have both made moves to build the NVMe market and achieve higher throughput than was possible on a SATA bus.

The 960 Pro and 960 EVO communicate via four PCIe 3.0 lanes, which Samsung advertises as supporting these speeds:

Of the capacity and endurance metrics, Samsung said in a press release:

“On top of being the world’s fastest M.2 NVMe- SSD, the 960 PRO will also offer 2 terabyte (TB) capacity, which is the highest capacity commercially available for M.2 NVMe SSDs, along with 512GB and 1TB versions.2 The 960 PRO’s high density was made possible by Samsung V-NAND technology and the uniquely restructured package design. As user capacity demand trends continue to rise, the high-density 960 PRO capacities are poised to conveniently meet the needs of personal data and information storage. The 960 PRO promises additional reliability and endurance with the five-year limited warranty and up to 1.2 petabytes written (PBW), whichever occurs first, for the 2TB capacity.”

We've previously had issues with M.2 and high-speed SSDs running hot – often undetected, because up until these new devices, no one would suspect drives to run hot in a consumer machine. Samsung's using its new “Dynamic Thermal Guard technology” to “manage performance during extreme workloads,” which mostly prioritizes between thermals and performance based upon the SSD's present temperature and load level. The technology hasn't been tested in our labs yet, but theoretically will reduce the thermal concerns present on previous high-speed M.2 devices.

For our regulars, we're currently in Southern California for some local coverage, and will be updating shortly with news from multiple manufacturers.