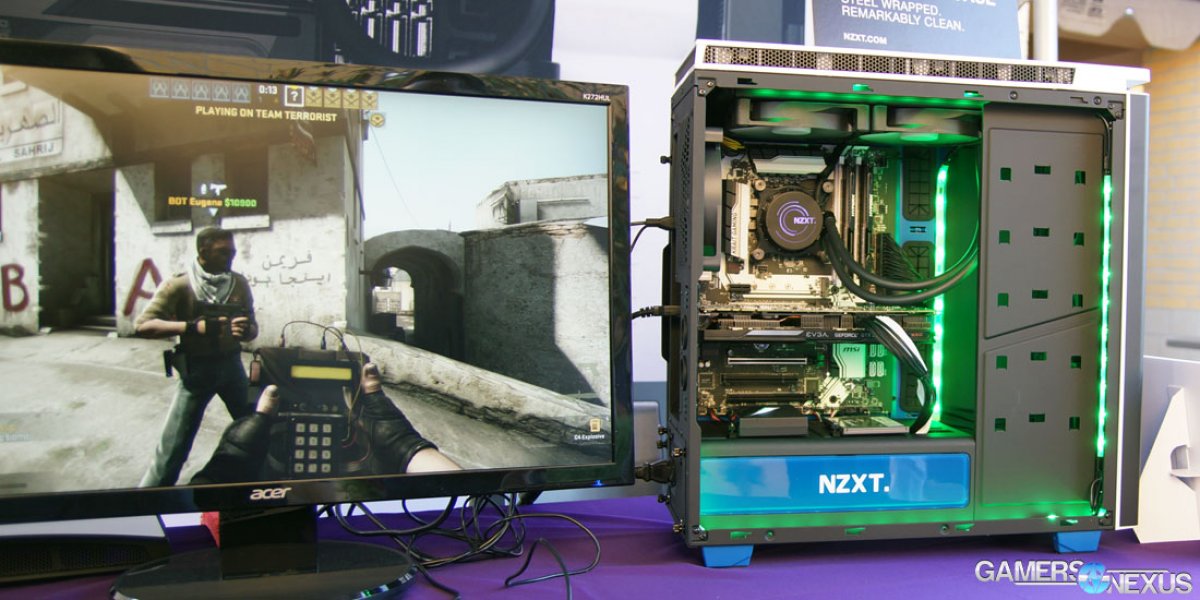 Because CSGO is a game where multiple game states can simultaneously exist, a prioritization system ranks which state takes control over the attached HUE+ hardware. NZXT has health prioritized minimally – green if relatively healthy, red if lit – with grenades stacking above health, then C4 stacking above everything. The demonstration was limited for its silent unveil, but the CAM team led by NZXT's Fan Ding has additional game states and effects available to plug into the CAM + HUE+ lighting system.

Ideally, game state API events would also forward the LED effects to attached peripherals, like what Logitech's been trying to do with LGS, but that's not presently possible. We'd think some level of collaboration would be required from vendors to make something like that work, and with seemingly every peripheral maker now developing its own software and LED suite, that seems potentially unlikely.

Still, this is a good start to providing some level of underlying, functional purpose to the world's current LED fervor. Minimally, this gets used at home to impress friends. At best, we see a reactive LED system like this being deployed for eSports events, where the LEDs can help spectators identify downed, lit, and flashed players more quickly. Theoretically, this same system could be applied to Dota2 for DoTs or buffs on heroes, alongside the usual health polling.

This CAM update isn't live just yet, but NZXT is working on it.