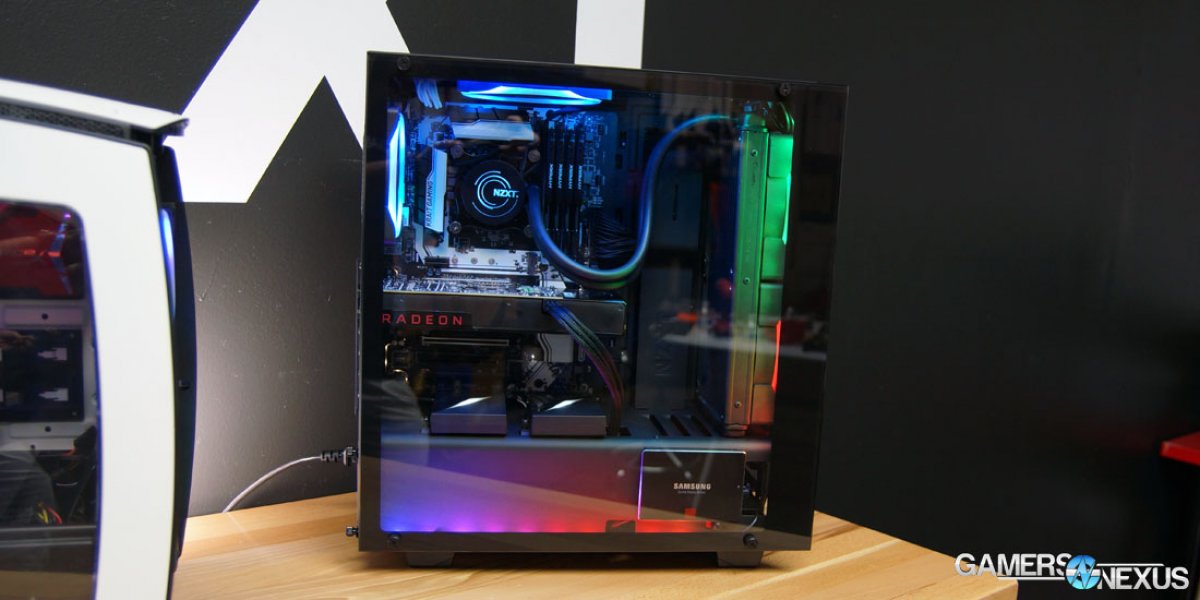 Internally, an additional SSD sled has been mounted to the side of the PSU shroud, toward the front. That expands support up to 3x 2.5” SSDs, or 2x HUE+ kits mounted atop the shroud, +1x SSD to the side. The enclosure will not include any of the new Aer fans (for cost reasons), and will mostly stick to the original S340 fan spec.

Back-side of the motherboard tray, the NZXT S340 Elite has added plastic cable tie clamps similar to what Fractal uses. This eliminates the need for zip ties altogether and keeps the cables neatly suppressed to better fit the side panel.

Front I/O now accommodates an HDMI header for VR headset pass-through, but NZXT was careful not to call this a “VR case.” It's just got extra support for VR users, a marketing approach with which we agree.

As for the “puck” we briefly showed in our video, that is part of the “VR” craze in the industry right now. NZXT is including a separable block of rubber and magnets to mount to the front of the case (or other metal surface – the right side is fine), which is then intended for supporting a VR headset or “normal” headset, because that distinction now has to be made. The puck splits into two parts and uses revolutionary magnet technology to stick to metal.

Minimally, at least the “puck” is better quality than other headset holders we've seen included in cases. It is sort of one of those things, just from a curiosity standpoint, that you look at and go, “how much did that thing cost?” or "why?" Not to say it's expensive or doesn't add value, more that it's different enough to include with a case to trigger that response. 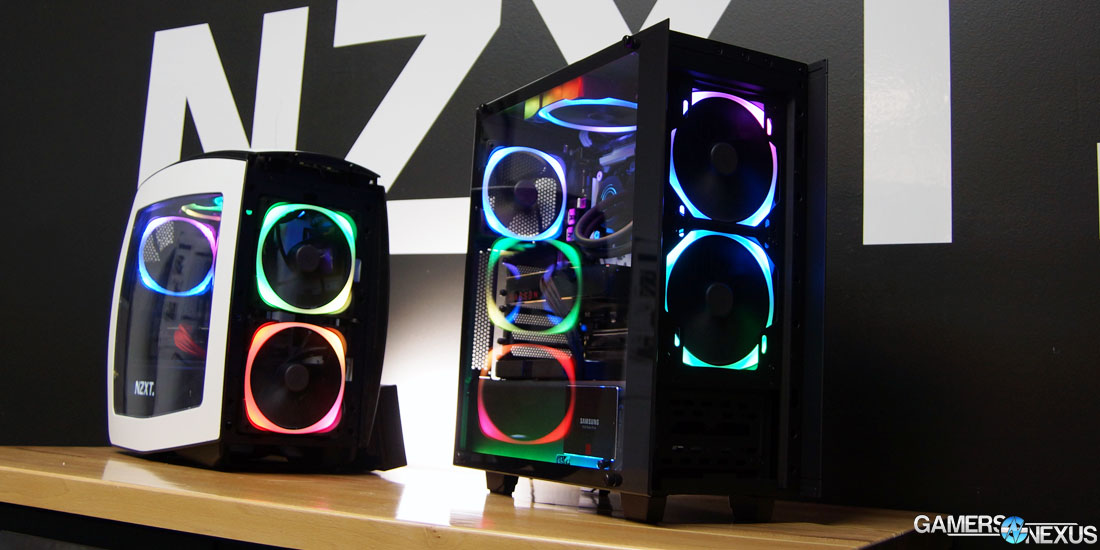 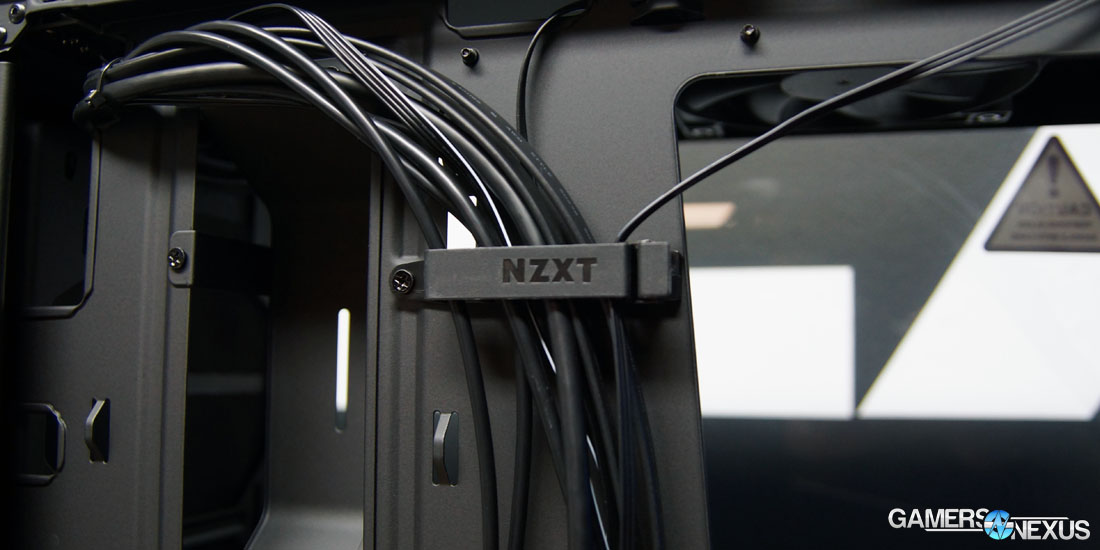 But back to the case itself: It looks good. It's a visual mod over the S340, which we already heavily recommend in its price category. The S340 is probably the best enclosure that NZXT has ever made, perhaps embattled with the H440, and is deserving of this refresh. Other small changes include reduction of the cable management bar's width by 5mm, allowing fitment of NZXT's larger radiator products, and additional USB in the front I/O. At the $100 price-point, NZXT cuts under the Rosewill Cullinan / Anidees AI Crystal (same thing) and the $140 Corsair 460X – the more direct competition, if only because the two are traditional rivals. Corsair does include RGB LED fans in its case (not software controlled, but still RGB LED fans with 7-8 colors) and also has a tempered glass front panel, two things the S340 Elite does not do. For the price trade-off, the two occupy slightly different markets and can largely peacefully coexist.

We'll try to look at these cases in more depth if the review schedule allows.