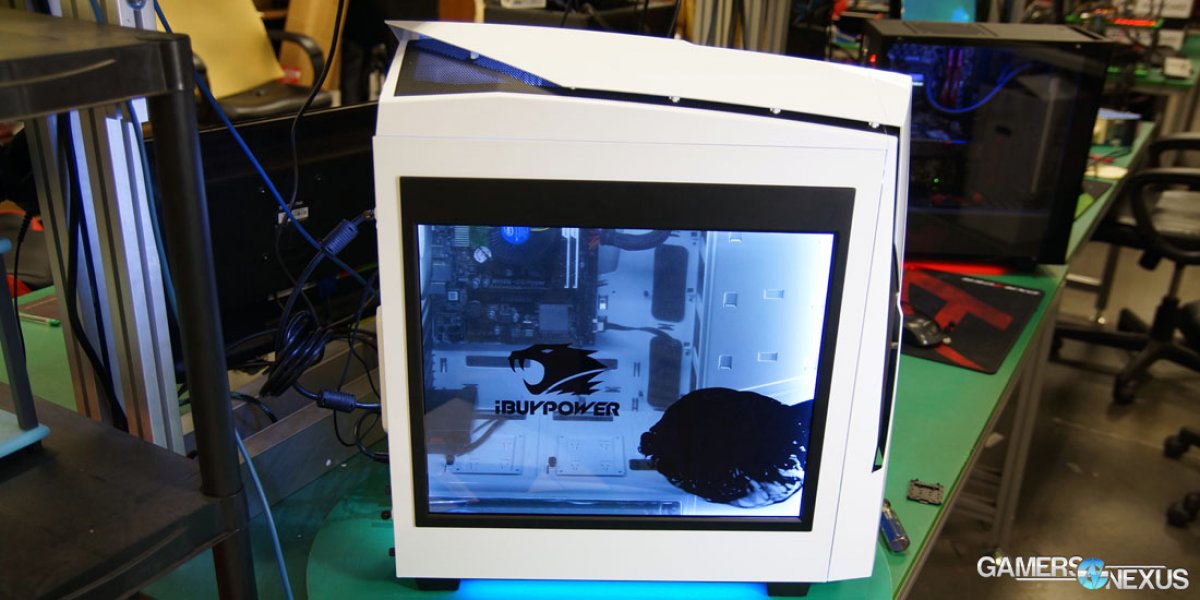 Once the steel panel is punched, the iBUYPOWER team sets forth on embedding the 5:4 LCD in the new-formed hole. The LCD is purchased as sort of an all-in-one solution, then parts are extracted as needed. Wiring for the panel feeds into an expansion slot box, which is another existing display splitter solution that's been encased in a plastic shell made by iBUYPOWER. 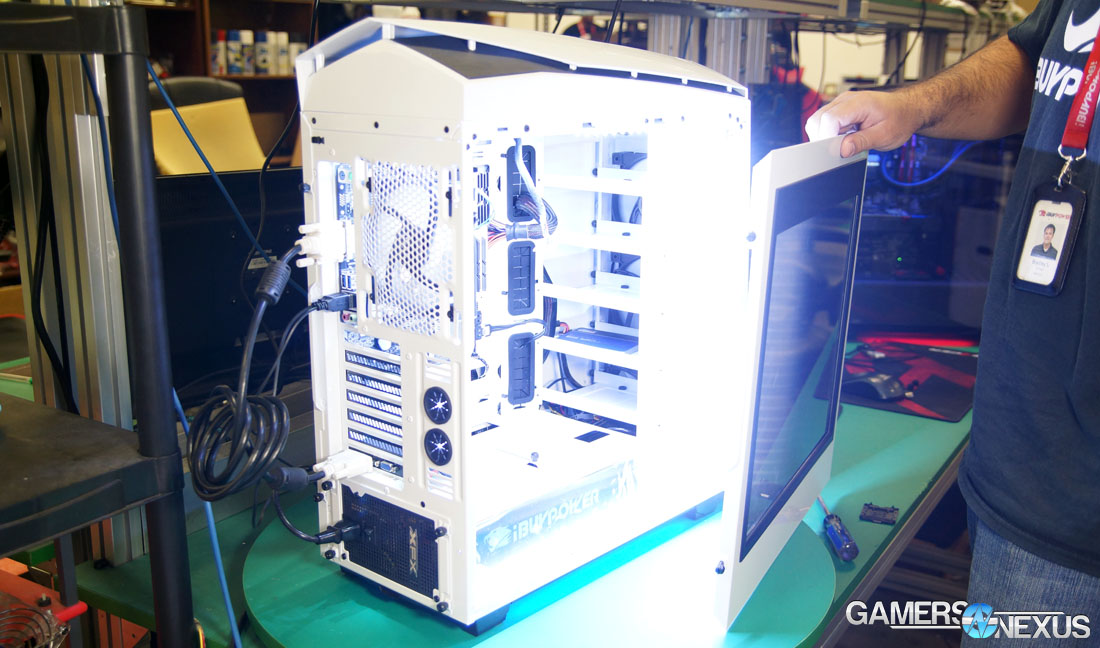 Above: Super bright LEDs (nearly 100) provide a natural backlight for the panel. 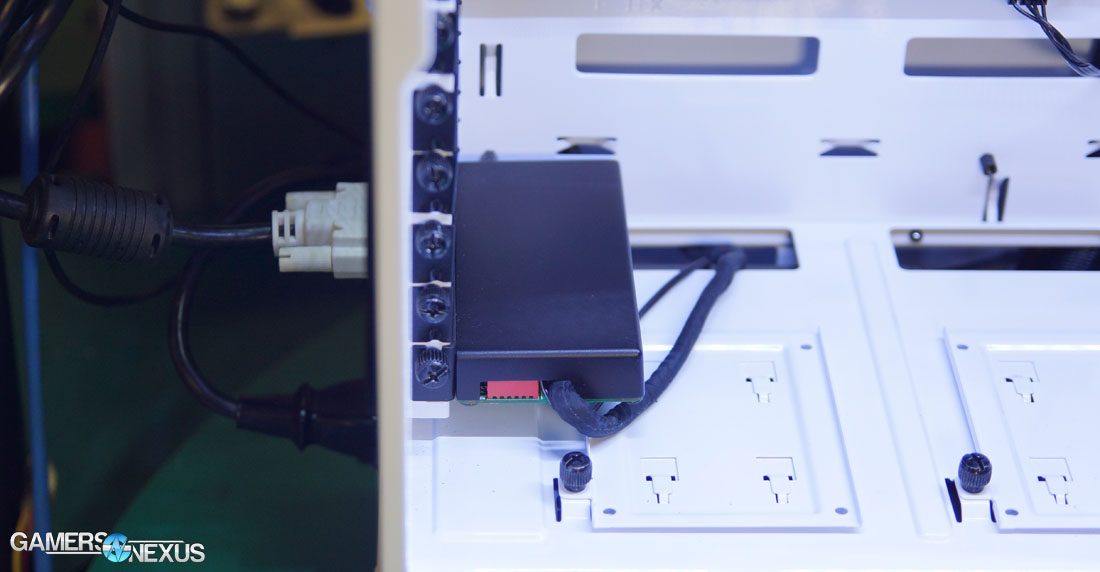 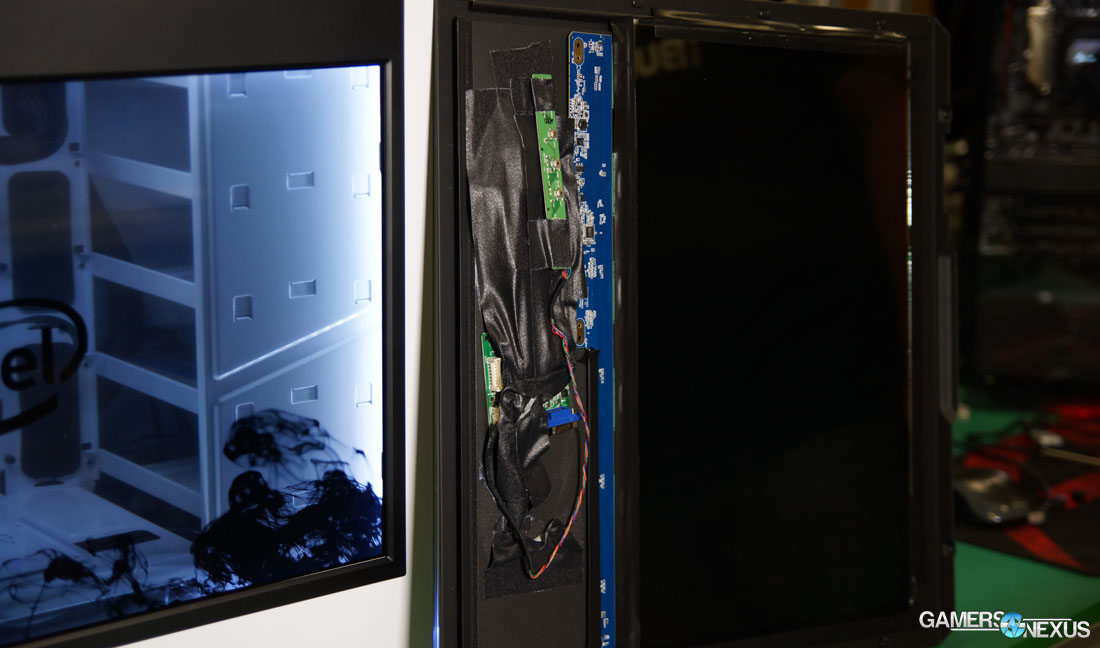 Above, right: The original panel design -- greatly revamped on the left.

Videos are played back from the host machine, though the panel can technically also act as a monitor (e.g. extended display or cloned, which we show in the video). Contrast isn't ideal for normal monitor use since you're still seeing the system internals, but it does work. Things look a bit better in person than on camera; our cameras seem to have some trouble seeing through the light guide.

At this point, the team knows that manufacturing is feasible. The folks at iBUYPOWER are trying to figure out the manufacturing cost, getting it to an affordable consumer level, and determine if there is demand for the product. Minimally, the Snowblind can be used as sort of an H-Tower equivalent – an exhibitor rig for showcasing eSports sponsor adverts or generally attracting booth visitors. Ideally, though, iBUYPOWER hopes to find a way to make the enclosure publicly available.

Be sure to leave a comment on what you'd pay for something like this and if you'd even want one. That seems to be what the team is most after right now.