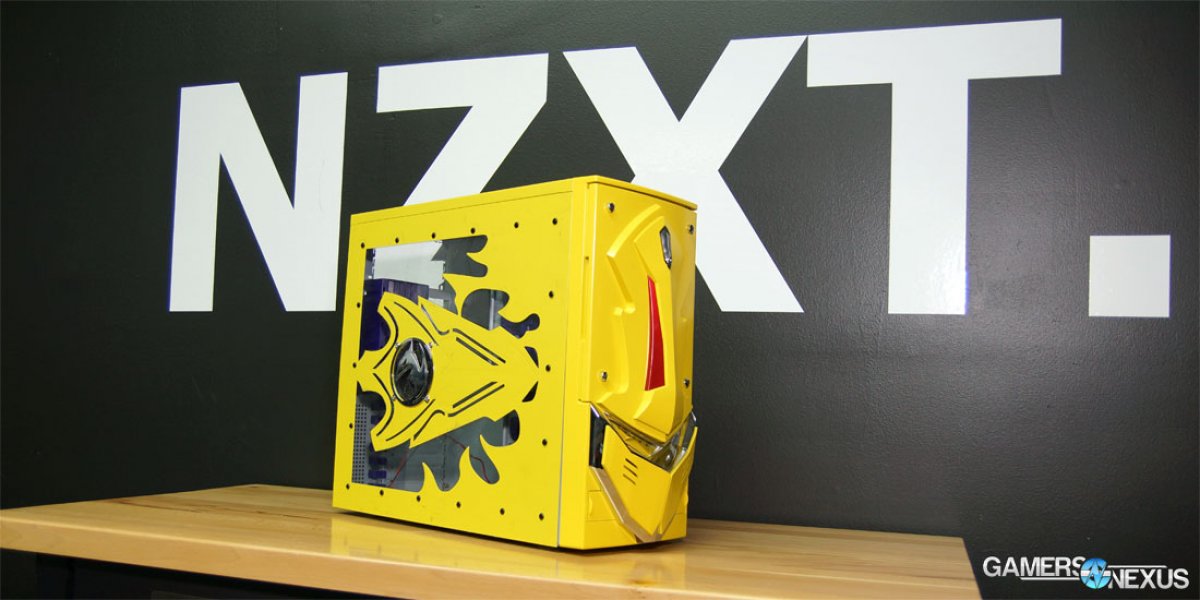 During our recent visit to NZXT's offices, we spotted the dusty and creaky Guardian case from 2003, looking forlornly at the then-unannounced S340 Elite. NZXT's representatives told us that the Guardian was routinely ripped off by manufacturers overseas, but that there's a secret to determine if any Guardian is an original – Johnny Hou's signature. 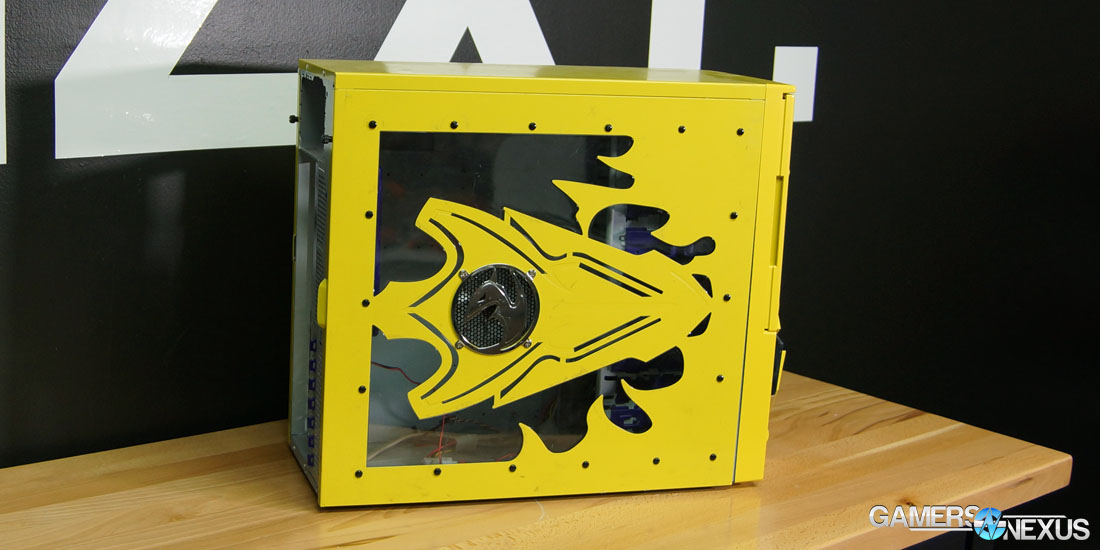 NZXT's CEO designed this first case (and has since handed off these responsibilities to team members), and decided to sign the inside of the front panel for each enclosure. That didn't last long, but it was a maker's mark for a proud, upstart case manufacturer.

The Guardian's hinged door bears resemblance to... something. It's sort of like a Transformer or Zeratul, but more abstract. And the colors are... look – this thing isn't art. But it was innovative. The side window, although just barely granting visibility to the CPU, was among the industry firsts to enable enthusiasts a look at component internals. We'd also argue that side windows are what drove the industry to build-in cable management features, since cases as recent as the Antec 900 were completely missing the mark on clean cables. The side panel supports a single fan (more common then – and still the best way to cool a GPU), with two rear-mounted, whiny fans for exhaust. 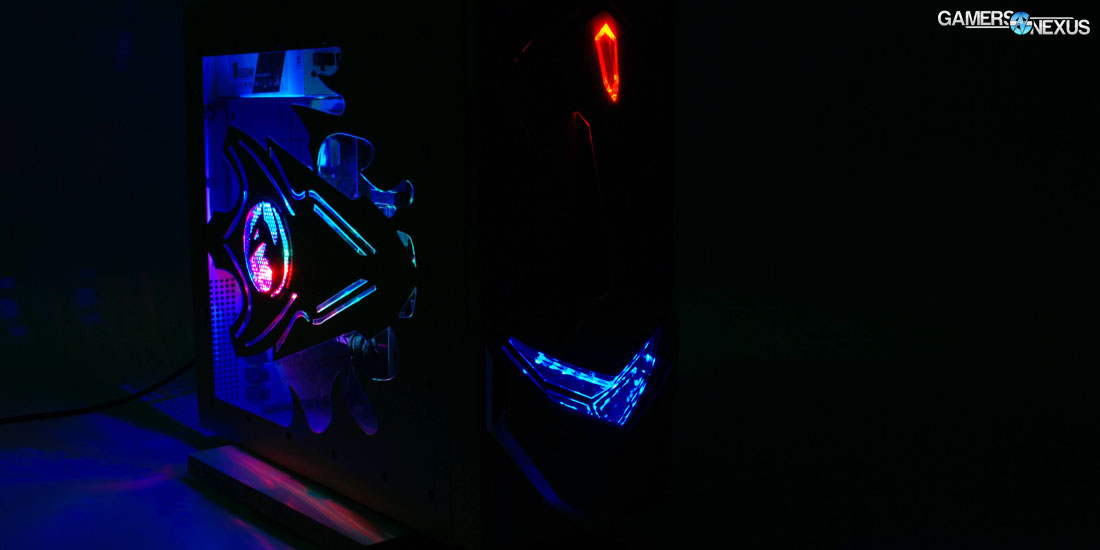 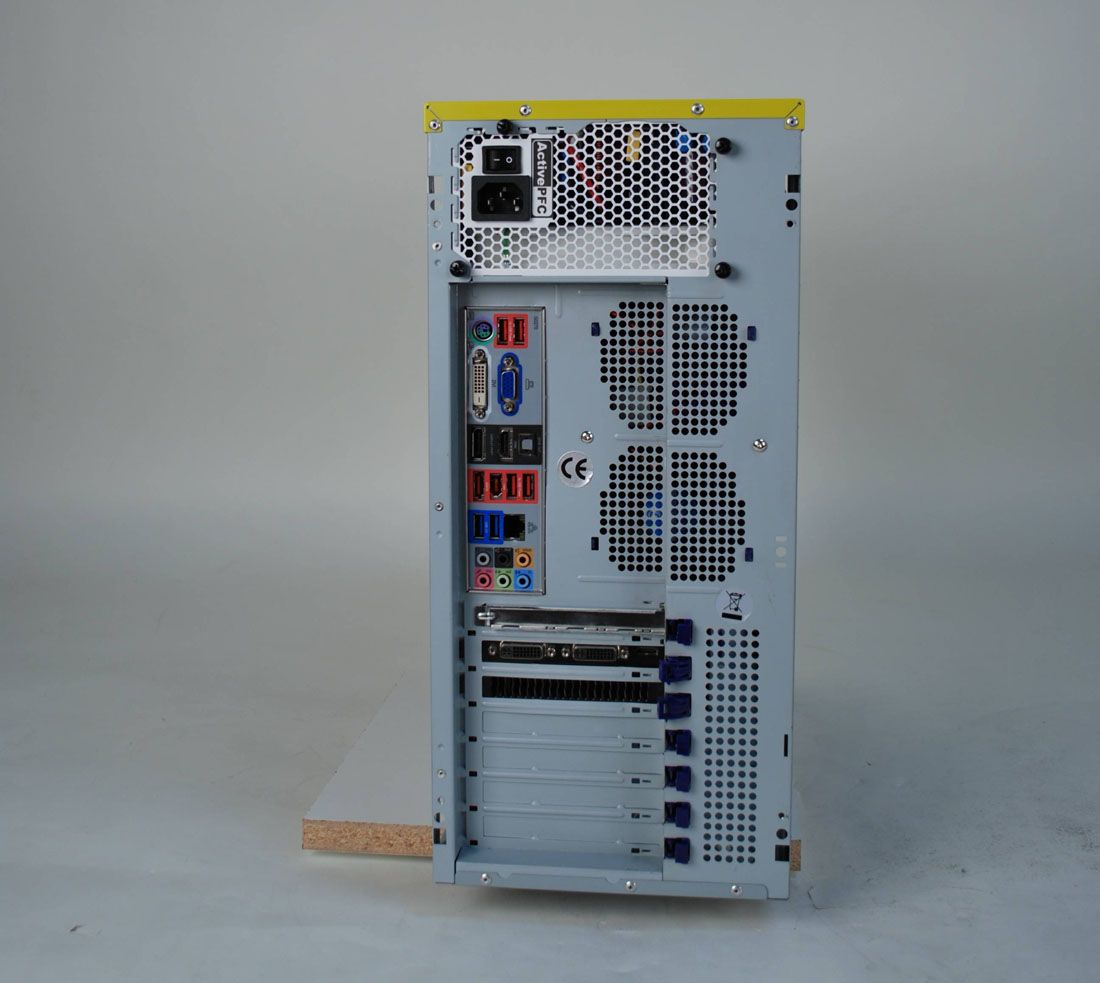 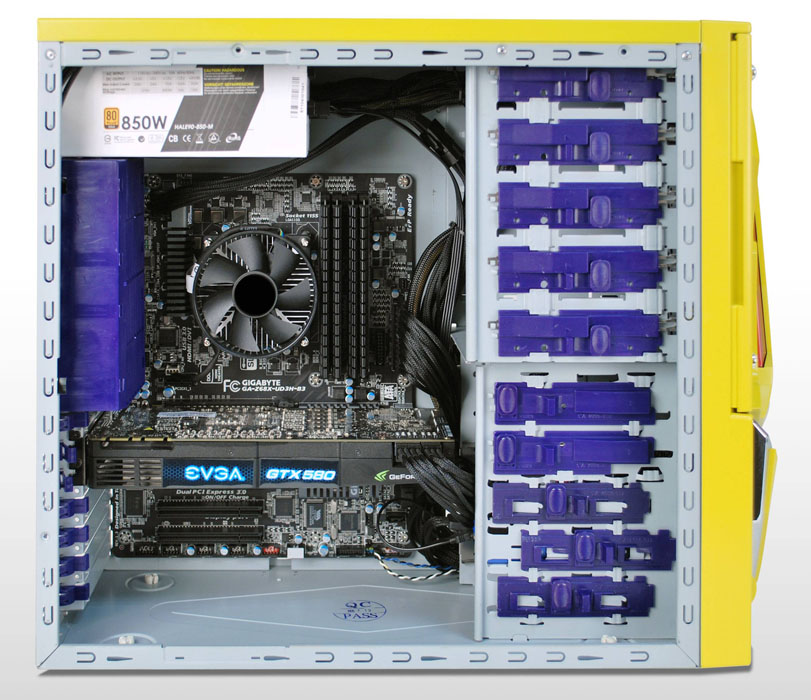 NZXT's staff actually semi-recently built a modern system inside the Guardian for social media photos, just to revitalize the enclosure for another go. This was done with a (then high-end) GTX 580 and Hale PSU, fitted to the Guardian's top-mounted PSU slot. The team had to remove the included 400W PSU for this endeavor, though the industry has cycled in such a way that ~450W has again become adequate for many builds.

The Guardian is a piece of NZXT's history, and by extension, a piece of the early history for PC enclosures. It may be falling apart now, but at some point (2005, to be exact), this thing passed QC – and its many assembly line brethren went on to host DIY PCs in the ~2003~2006 era.