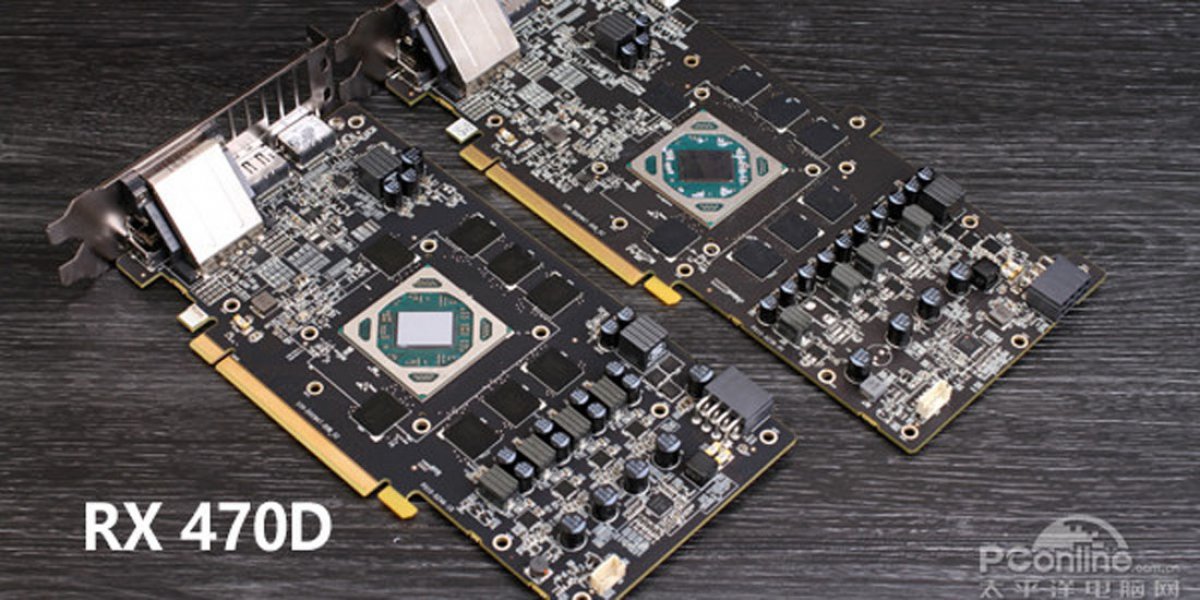 This week's hardware news recap covers two sets of rumors on GPU hardware, the Fractal Define C enclosure, and driver updates from both AMD and nVidia (which we've already written about on the site).

Video below for the news discussion, or find the script below that:

More rumors of an AMD RX 470D emerged this week, which would be a card positioned around where the GTX 1050 Ti currently rests.

The rumored RX 470D was leaked by Chinese website PCOnline, who claim to have photos of Sapphire's RX 470D Nitro card next to the existing RX 470 Nitro. The 470D, if these rumors are to be believed, would run a shader count of 1792 versus the RX 470's 2048, or a reduction of about 13%. The card is also rumored to operate at 1266MHz boost, keeping a 4GB framebuffer on a 256-bit interface. Power draw will be the biggest differentiator between the 1050 Ti and RX 470D, if these rumors are to be believed, but the RX 470D should theoretically outpace the 1050 Ti. This would put AMD back into competition at the low-end, where its RX 460 recently became embattled with the GTX 1050 and 1050 Ti.

More alleged leaks by website LaptopMedia indicate a GTX 1050 Ti mobile device is on the way, which we really all expected. The GTX 1060 offers more power than is perhaps necessary for 1080p gaming on notebooks, as we've tested, and the 1050 Ti could strike a better compromise between price, battery life, and performance.

In its post, LaptopMedia indicates that the GP107 notebook GPU will operate with a boosted clock of 1624MHz and with 768 CUDA cores, leveraging 112GB/s memory bandwidth for its 4GB of memory. The specs are largely the same as what we're seeing with the desktop units, which is to be expected for this generation. This year, desktop components aren't being nerfed quite as hard as in the past for use in laptops. LaptopMedia alleges a 10% performance increase with the 1050 Ti over the 970M.

Of course, we hope to independently benchmark performance once the laptop has been made available to GN.

Fractal Design's Define C cases were announced this week, which include options with and without windows, in addition to a micro-ATX option.

The Define C uses Fractal's minimalistic approach to design, including side panels that offer minimal breathing ventilation to reduce noise escaping from the case. The Define C includes 1x 120mm fan in the front and 1x 120mm fan in the rear, with options for up to two more 120mm front fans, up to two top 120/140mm fans, and a bottom 120mm fan. Liquid cooling support maxes out at 360mm, though that depends a bit on radiator size. The case can also support 280mm radiators.

This final PSA is quick, but important: GPU drivers have been updated this week by both AMD and nVidia, with both companies shipping hotfixes to their existing driver packages. The new 16.11 package now has a 16.11.2 hotfix for AMD Radeon devices, including Call of Duty, Titanfall 2, and Battlefield 1 optimizations in addition to shader cache storage changes. This change increases the shader cache limit, which should improve performance by increasing the stored shader count.

NVidia's hotfix 375.76 resolves issues with high refresh monitors flickering, and also resolves animated GIF artifacting. These drivers also include all the expected game optimizations, like those for Obduction, Battlefield, and Call of Duty.