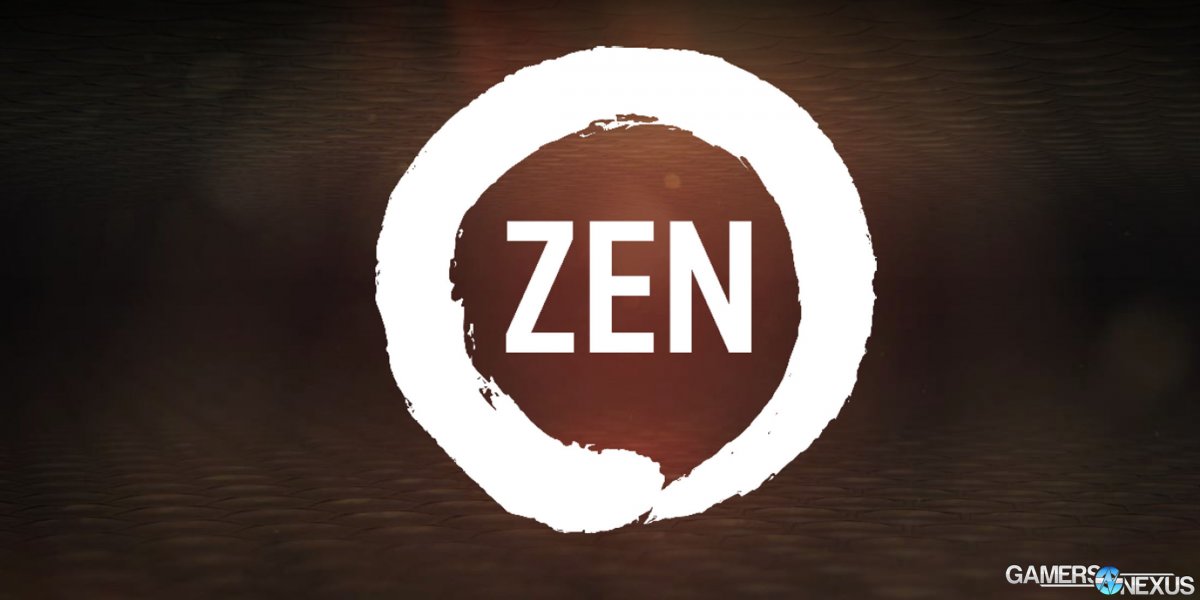 As for what we do know, Zen was shown to compete with Intel in Handbrake CLI transcoding performance (an entirely CPU-dependent task), real-time shading with 3D animation and modeling tools, and in gaming tasks. This, AMD told its viewers, was possible while operating at lower power consumption (95W TDP -- though different measurement methodologies matter here) than the designated Intel matchup. We don't yet have actual power draw metrics or thermal metrics for Zen. That will come with our testing, though.

AMD focused its presentation briefly – but not with the depth we’d like – on its new “SenseMI technology,” a collection of frequency range extension, boosting, and smart prefetching that works alongside branch prediction to speed-up the pipeline. Boosting functionality can now drill-down to 25MHz increments for more precise clock-rate adjustments to match the workload, providing greater granularity for frequency adjustment. We’ll see power reductions as a sort of ‘side’ benefit of a lot of these technologies (just as you see power reduction per bit transacted as a benefit of various compression techs on GPUs), resulting ultimately in greater performance per watt. This has been the trend of the industry for a while now.

As for some of the more technical details that were provided, we’re aware of Ryzen’s shared L3 cache layout to the extent of the below block diagram: 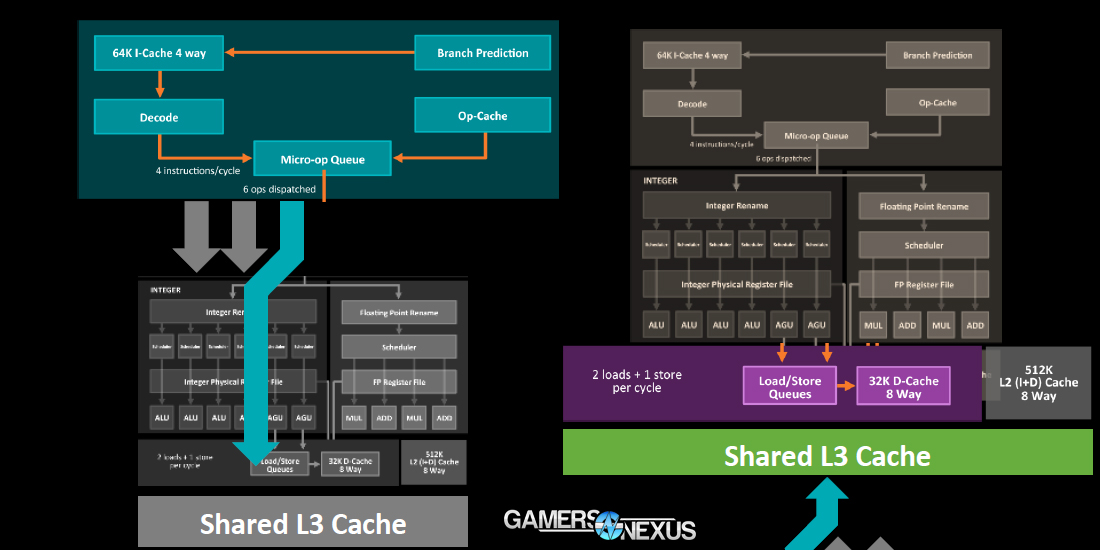 We’ll be explaining this more in a future deep-dive article, though.

Keep checking back as we educate ourselves further on AMD’s Zen architecture. We’ll be in talks with AMD shortly on the platform.