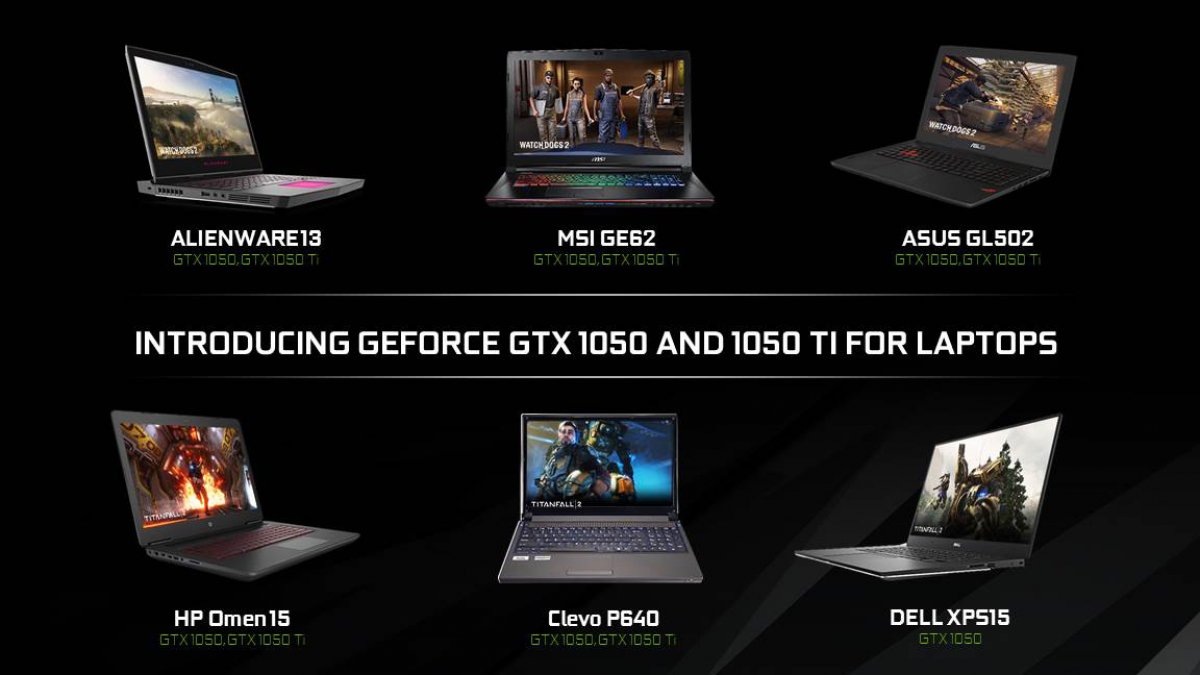 Manual overclocking is understandably more restricted on laptops with power and temperature target controls disabled (core clock and memory clock are the numbers to play with), alongside disabled voltage tuning, but the power-saving aspect of nVidia’s GPU Boost 3.0 should shine in a battery powered machine. NVidia BatteryBoost also makes a return, allowing custom graphics settings when unplugged. This limits framerate to either 30FPS or 60FPS, depending on the user’s input on what tradeoff is acceptable for battery life. We have tested some of these features in previous laptop reviews for the 10-series, like this one. The 1050 and 1050 Ti can theoretically fit in laptops only 17mm thick, and from the looks of it, manufacturers are already trying to reach that goal.

NVidia estimates prices starting around $699 (or as we experts refer to it, $700). For more detailed information, check out our GTX 1050 and 1050 Ti benchmark and review.