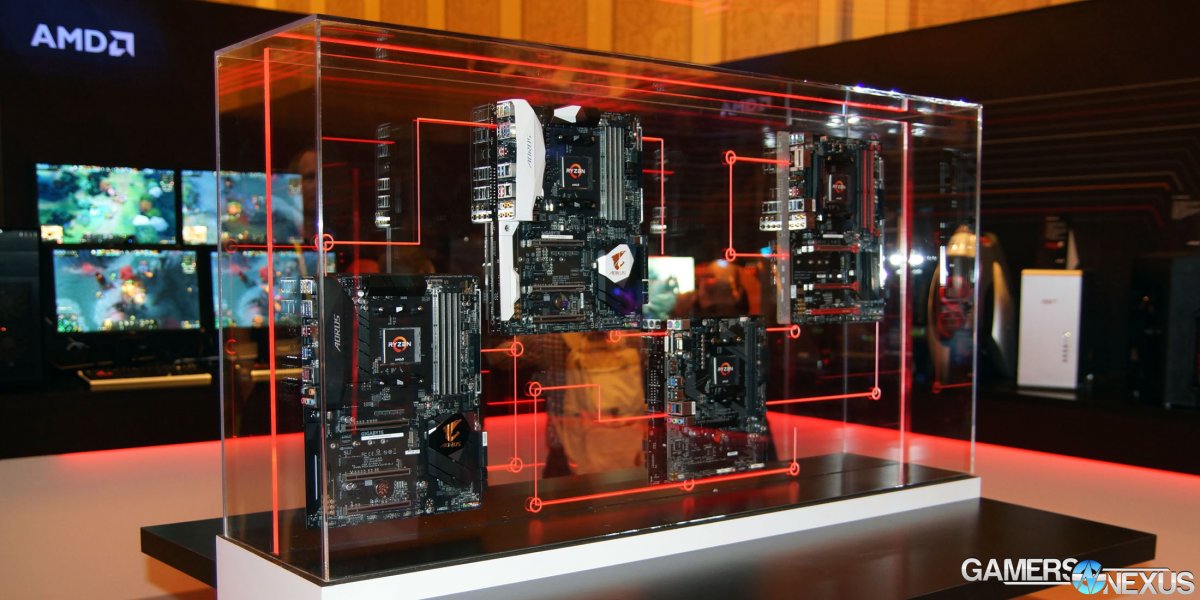 One of the major pushes from AMD for Zen is its move to support small form factor motherboards, something distinctly lacking from the FX lineup. The X300 chipset is about the size of a pinky nail, demanding less physical board presence. This frees-up physical board space and potentially allows for integration with custom form factor motherboards, like for pre-built systems by SIs. All of the I/O goes through the CPU when using X300; X300 primarily exists to allow secure boot, and functions almost like TPM in this regard. 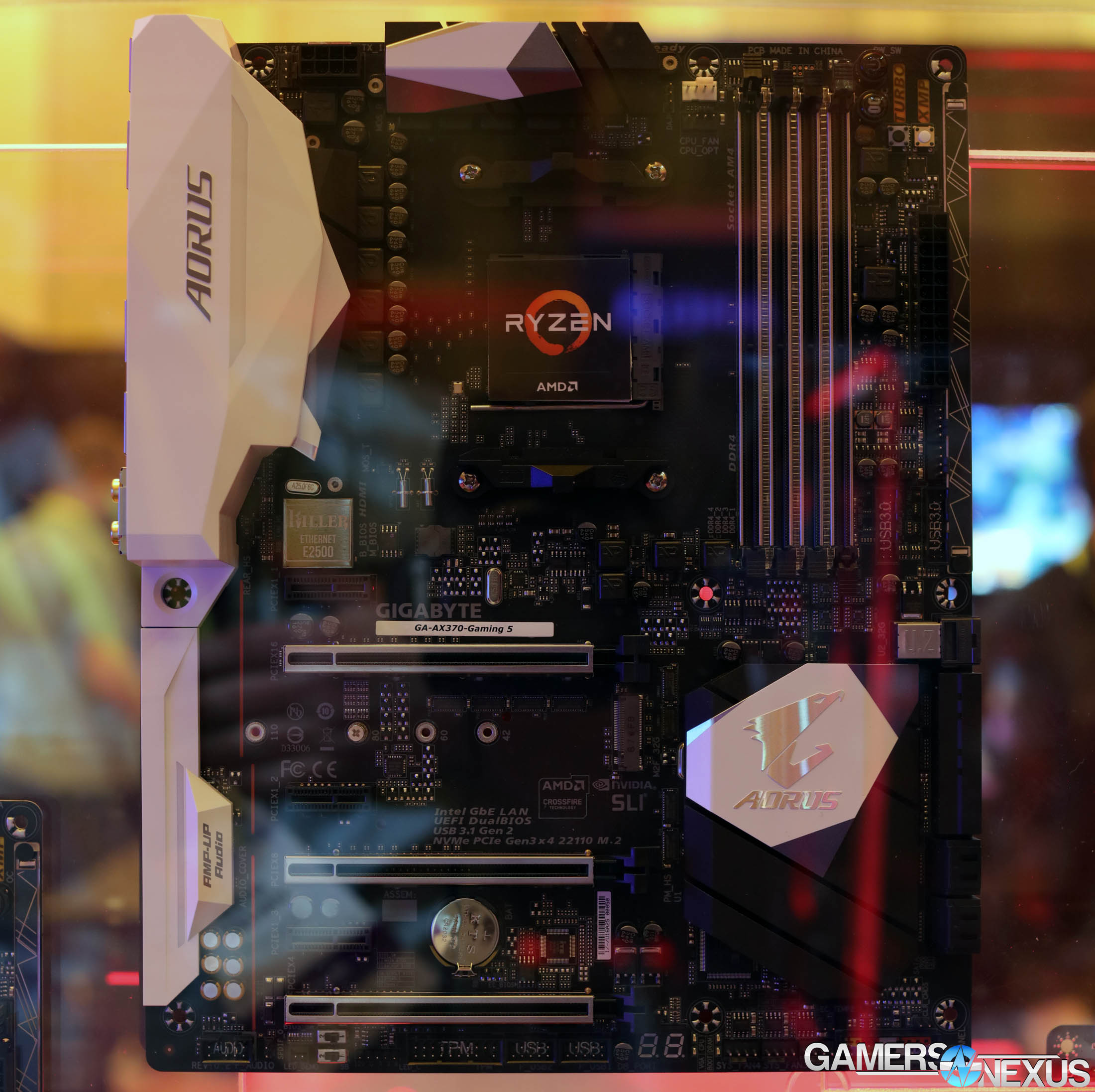 The X370 boards were both of the Aorus class, meaning they’re equipped fully with RGB LEDs, largely in the same places as in our Gaming 7 Z270 motherboard review. We don’t have hard stats on the VRM design for these boards, but from a cursory glance, it looks like the these boards are ~10 and ~7 total phase boards (see video for more on this). PCI-e wiring on the X370 platform is physically routed for 1 x16, 1 x8, and 1 x4 on the full-length slots.

The Gaming 3 is more of a mid-range-to-cheap board.

AMD made it a point to highlight the mATX boards this time around, which Gigabyte is covering with its HD3 motherboard.

Check the video above for further information, though we are limited right now.

For the total list of AM4 motherboards on display (50 in total, but ~15 at AMD’s conference room), find the below items: